This Day In History, November 15th

What happened on this day in history: General Sherman burns Atlanta and begins his March to the Sea, the Clinton-Lewinsky affair begins, and more.

A group of 25 enslaved people rise up against their Cherokee enslavers in Oklahoma, locking them in their homes before they fled at night. The men, women, and children stole horses, guns, food, and other supplies and headed toward Mexico, fighting off bounty hunters as they went. The Cherokee Nation sent a militia to forcibly retrieve the group and they were captured less than two weeks later.

1864: General Sherman Burns Atlanta And Begins His March To The Sea 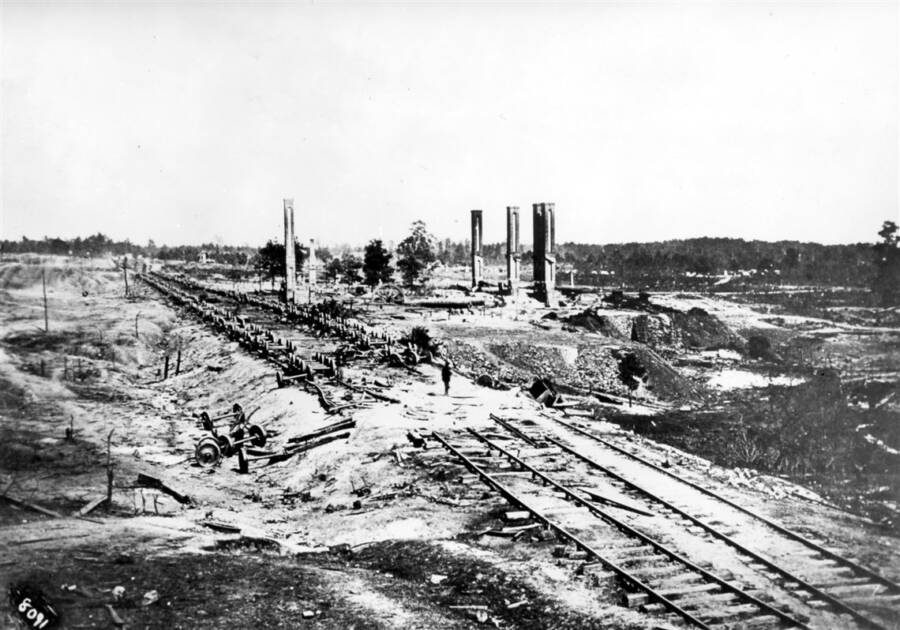 Library of CongressThe city of Atlanta after it was burned by the troops of Union General William Tecumseh Sherman.

Union General William Tecumseh Sherman burns the city of Atlanta, Georgia, and begins his infamous “March to the Sea” near the end of the Civil War. Sherman’s men destroyed more than 3,000 buildings in an effort to cut off Confederate supply lines. After up to 40 percent of the city was in ruins, Sherman headed toward Savannah, scorching everything in his path along the way.

1959: The Clutter Family Is Murdered

The Clutter family of Holcomb, Kansas, is murdered in their home in the early morning hours, inspiring Truman Capote’s novel In Cold Blood. Herb and Bonnie Holcomb and their teenage children Nancy and Kenyon were tied up and shot in the head by Perry Smith and Richard Hickock, two ex-convicts who were looking for cash that they heard Herb Clutter kept in a safe in the home.

Monica Lewinsky and President Bill Clinton have their first sexual encounter, sparking a scandal that would lead to Clinton’s impeachment. Lewinsky had begun working as a White House intern four months earlier, and over the next year-and-a-half, she and the president would have nine additional trysts. When Lewinsky confided in her co-worker Linda Tripp about the relationship, Tripp began secretly recording their conversations, and these tapes led to Clinton’s impeachment for lying under oath and obstructing justice.