"We were kind of scared of them at first," said surprised local fisherman Dobie Lyons. "Afraid to touch them." 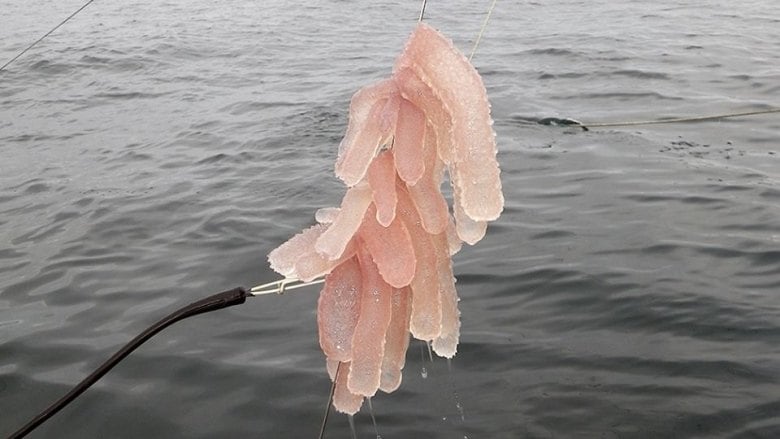 Matt StablerVancouver Island-based fisherman Matt Stabler took this photo of pyrosomes, which he said were so thick that he and his crew had to move spots more than once to avoid them

The pinkish, pimply, tubular creatures can grow to more than 30 feet in their native tropical waters.

In Canada, though, the biggest pyrosomes are only about two feet. Still, the bizarre appearance of millions of these non-native creatures has the potential to destroy the already fragile habitat of the eastern Pacific.

A research team from central Oregon recently collected 60,000 of the glowing cucumber-like creatures in only five minutes of net fishing.

The pyrosomes — otherwise known as “fire bodies” because of their luminescence — aren’t technically invasive off the coast of British Columbia. At least as of yet.

“Right now, these are only visitors,” Galbraith said.

She thinks that the sea creatures floated north after getting stuck in recent years’ abnormally warm water currents.

The firm and hollow tubes flatten out into pancake-like blobs when touched or taken out of the water for a few hours.

They can reproduce both sexually and asexually, making them a particularly daunting threat for local wildlife. They also feed on zooplankton, for which it will have to compete with shrimp, crab, and mollusks.

Fishermen compare them to pickles, gummy bears & sea cucumbers
They are the #Borg of the oceanhttps://t.co/n5LQtm5tIb#pyrosomes #Locutus pic.twitter.com/tbfRAWES91

Salmon and whales depend on these crustaceans to survive. So, by depleting this crucial zooplankton food source, the pyrosomes could significantly alter the entire food chain. 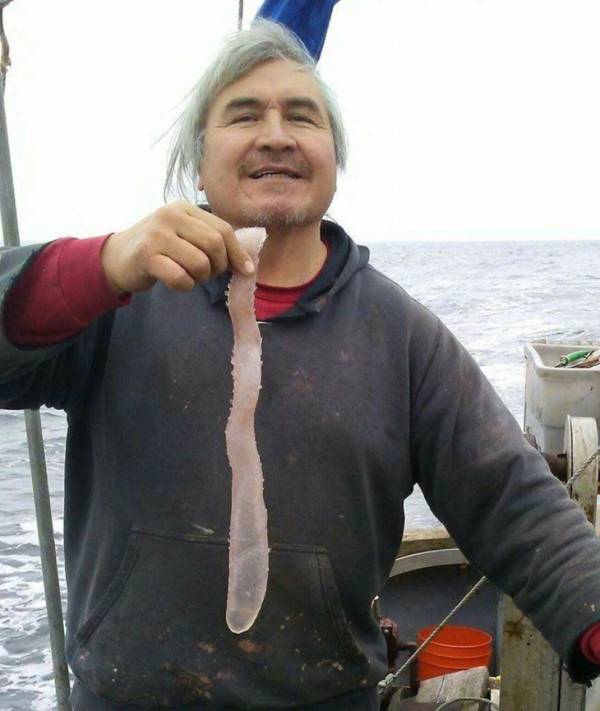 They’re also freaking out the local fisherman, who will likely have to haul up thousands of the slimy sea tubes to catch any salmon or cod.

“We were kind of scared of them at first,” fisherman Dobie Lyons said. “Afraid to touch them.”

"It's just unbelievable how many of them there are"
"We're just scratching our heads"
"Why now?"#Pyrosomes https://t.co/44t7fg3iuy #oceans pic.twitter.com/ja9nCQ5uST

When he found them in the stomachs of black cod, which feed on the ocean floor, Lyons realized that the strange new additions to the local ecosystem must be thriving at all depths.

Now, after accidentally hooking tens of dozens of pyrosomes, Lyons is much more annoyed than afraid.

The creatures are actually pretty harmless up close. That is, until they unconsciously destroy an entire underwater food chain.

Next, check out the faceless fish recently caught in Australia for the first time in 140 years. Then, read about the tiny fish that injects predators with opioids.