Rep. Al Green has begun drafting articles of impeachment against Trump, stating that the firing of James Comey was an obstruction of justice. 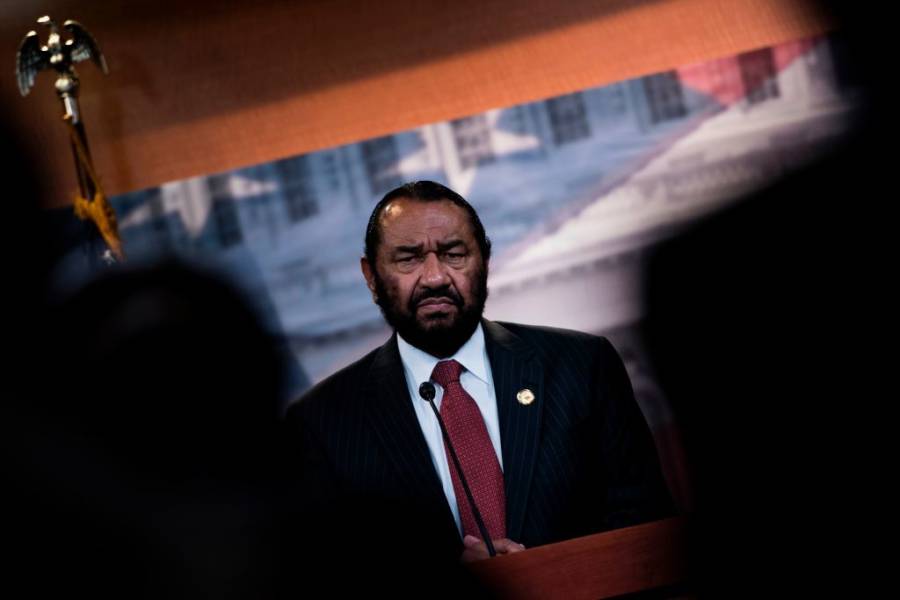 BRENDAN SMIALOWSKI/AFP/Getty ImagesUS Representative Al Green, Democrat of Texas, speaks about articles of impeachment for US President Donald Trump during a press conference on Capitol Hill June 7, 2017 in Washington, DC. Green submitted articles of impeachment against Trump Wednesday in the first legislative step for any congressional bid to remove the president from office.

Despite the multiple death threats he claims to have received, Al Green — a Democratic Congressman from Texas — says he will begin drafting articles of impeachment against Donald Trump.

“The facts are simple and indisputable,” Green said in a statement Tuesday. “The president fired the FBI director because the director was investigating the president’s campaign connections to Russian interference in the presidential election.”

The articles would be the first official step toward potentially removing Trump from office.

Green feels that — regardless of James Comey’s testimony or anything else uncovered by the investigation into Russian meddling in the election — the president’s own words are enough to convict him of obstruction of justice.

After abruptly firing the FBI director, the President contradicted his own aides — who had hurriedly claimed he fired Comey for his mishandling of the Hillary Clinton email investigation — by telling NBC News he would have fired Comey “regardless” of the Justice Department’s recommendations, partly due to “this Russia thing.”

“Look, he’s a showboat, he’s a grandstander, the FBI has been in turmoil,” Trump told Lester Holt. You know that, I know that. Everybody knows that. You take a look at the FBI a year ago, it was in virtual turmoil, less than a year ago — it hasn’t recovered from that.”

Now, Green is leading the charge for impeachment, an act that most Democrats have been careful to avoid suggesting this early on without a conclusion to the Russia investigation.

“When that word comes up I always say to my colleagues in the Congress, my constituents, and people across the country what I said before: anything you do has to be based on data, evidence, facts,” Nancy Pelosi, the House Minority Leader, said on The View. “So you can speculate but it’s got to be the law and the facts and how they match up.”

“I think that impeachment is an obvious possibility,” Rep. Jerrold Nadler, D-New York, told MSNBC. “But we’re not nearly there yet.”

Even so, Green has pressed on.

“I am a voice in the wilderness,” he proclaimed in a House floor speech on May 15. “But I assure you that history will vindicate me.”

There’s a very slim chance that Green’s documents will materialize into any consequences for the president. Thus far, the Republican-controlled House has stuck by Trump throughout the multiple investigations into his Russia ties.

Though some are accusing Green of doing this as a publicity stunt, it’s not without legal merit. Experts have confirmed that the FBI director’s firing alone could legally be classified as an obstruction of justice.

“He really needs a lawyer,” former federal prosecutor Julie O’Sullivan said of Trump in May. “He is building a beautiful case against himself.”

.@RepAlGreen says his articles of impeachment are being reviewed: The question is "whether the president can obstruct justice with impunity" pic.twitter.com/SIjKm8d66e

Next, read about the GOP Congressman calling for a Christian war against radical Islam. Then, learn how Wisconsin’s voter ID laws kept 200,000 citizens from voting in 2016.