22-year-old Darwin Martinez Torres, the suspected killer of 17-year-old Nabra Hassanen, did not have legal authority to be in the U.S. 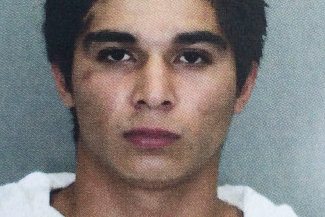 Darwin Martinez Torres beat a Muslim teenager to death with a baseball bat on the side of a Virginia road on Sunday.

The 22-year-old suspect was an undocumented immigrant, who entered the United States illegally — likely from El Salvador.

Authorities are citing “road rage” as Torres’s likely motivation for killing 17-year-old Nabra Hassanen outside a mosque in Sterling, Virginia, at around 3:40 a.m.

Loudoun County police have charged a 22 year-old man with the murder of Nabra Hassanen a teenager coming home from a Ramadan prayer service. pic.twitter.com/Gxr88Tkk4e

The young woman had been with friends, walking back to the All Dulles Area Muslim Society Mosque after taking a break from late night Ramadan prayers for breakfast at IHOP.

One of the boys in the group was riding his bike in the street when Torres drove up. Apparently upset that the boy was blocking the road, he drove his car onto the curb in a “fit of rage.”

The group ran, but Torres was faster. He caught up to Hassanen, beat her with a metal baseball bat, and took her into his car.

Police tracked him down at about 5:15 a.m., after noticing him driving suspiciously in the area. About ten hours later, they found the young woman’s body in a man-made pond.

This description of events initially suggests, police say, that the young man’s actions do not qualify as a “hate crime” — despite the fact that Hassanen had been accompanied by friends wearing headscarves and robes.

Police are calling #NabraHassanen's murder a "ROAD RAGE" incident. But she was WALKING with her friends. https://t.co/rTtIvh28CY

As vigils are being held for the victim around the country, people have expressed hope that police will carefully consider how or if religious discrimination played any role in the attack.

Nabra’s mother, at least, thinks it might have. Gazzar Hassanen had loaned her daughter a traditional abaya to wear to prayer that night. Detectives told her Nabra tripped on the garment as she was running from Torres.

“I think it had to do with the way she was dressed and the fact that she’s Muslim,” Gazzar said. “Why would you kill a kid? What did my daughter do to deserve this?”

Regardless of the reason behind the attack, Nabra’s father, Mohmoud Hassanen, implored the public to “stop hating on people for any kind of religion or anything like that. I don’t want anybody to be in this position.”

Emotional! May Allah grant patience to Sister #NabraHassanen family and grant her the highest rank in paradise. ???? pic.twitter.com/qHpZypkysE

A neighbor described Nabra, who had three sisters, as a “daddy’s girl” whose family, friends and faith were very important to her.

Torres is being held without bail and has been issued with a detainer by Immigration and Customs Enforcement. The agency said they’ve had no problems with Torres in the past and declined to state when he entered the United States.

The fact that the murder was carried out by an undocumented immigrant has added a new dimension to this story at a precarious time in America for Muslims, Latinos and immigrants alike.

Some, like Breitbart News and Infowars, are using Torres’s immigration status to defend Donald Trump, who has been criticized for his discriminatory statements against Islam and his lack of condemnation of Nabra’s murder. 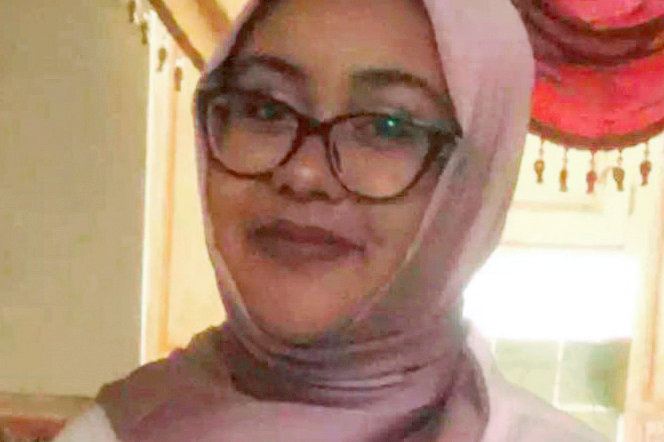 The president is being “held responsible for death his border policy may have prevented,” one Infowars editor wrote.

Other commentators noted that the police officer who was acquitted in the death of Philando Castile, Heronimo Yanez, was also Latino. As was the murderer of Trayvon Martin, George Zimmerman.

Still, many studies have shown that immigrants commit fewer crimes than American-born citizens, though Donald Trump’s rhetoric wouldn’t suggest it.

“To the extent that (this) is used by the right wing to attack the Hispanic community, we will reject that,” Ibrahim Hooper, the Communications Director for the COuncil on American-Islamic Relations, told Univision. “At a time when there is an effort to demonize Muslims and immigrants and other minority groups, everybody should stand together and reject this message and focus on the tragedy of this particular case.”

Nabra Hassanen, a 17-year-old Muslim girl, was beaten to death after late-night Ramadan prayers in a Washington, D.C. suburb.

Next, read about how Islam is on track to becoming the world’s largest religion. Then, learn how one child’s murder helped launch the Anti-Defamation League.