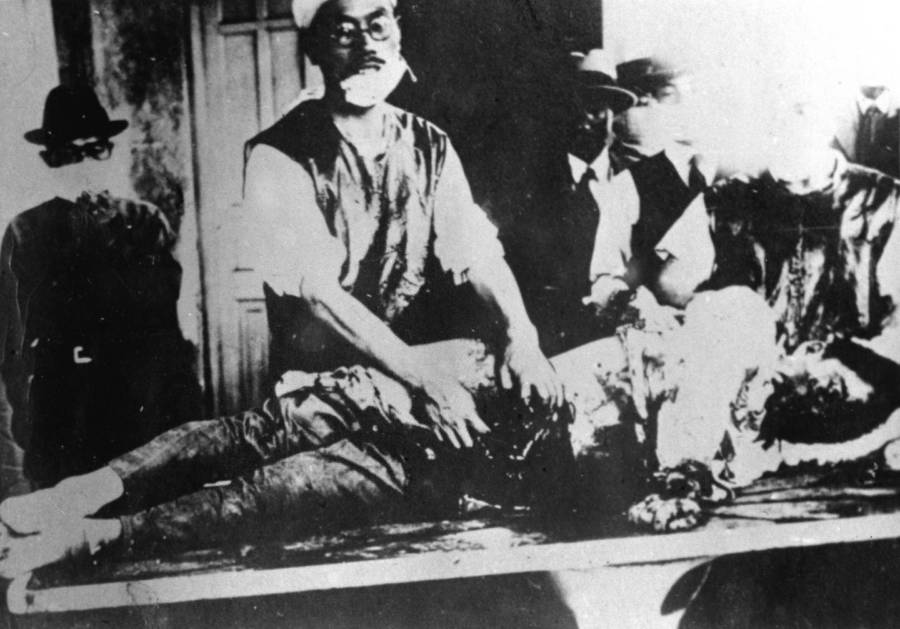 Xinhua via Getty ImagesA Unit 731 doctor operates on a patient that is part of a bacteriological experiment. Date unspecified.

Unit 731 started out as a research unit, investigating the effects of disease and injury on the fighting ability of an armed force. One element of the unit, called “Maruta,” took this research a little further than the usual bounds of medical ethics by observing injuries and the course of disease on living patients.

At first, these patients were volunteers from the ranks of the army, but as the experiments reached the limits of what could be non-invasively observed, and as the supply of volunteers dried up, the unit turned to the study of Chinese POWs and civilian prisoners.

And as the concept of consent went out the window, so did the restraint of the researchers. It was around this time that Unit 731 began referring to confined research subjects as “logs,” or “Maruta” in Japanese.

Study methods in these experiments were barbaric.

Vivisection, for example, is the practice of mutilating human bodies, without anesthesia, to study the operations of living systems. Thousands of men and women, mostly Chinese communist prisoners as well as children and elderly farmers, were infected with diseases such as cholera and the plague, then had their organs removed for examination before they died in order to study the effects of the disease without the decomposition that occurs after death.

Subjects had limbs amputated and reattached to the other side of the body, while others had their limbs crushed or frozen, or had the circulation cut off to observe the progress of gangrene.

Finally, when a prisoner’s body was all used up, they would typically be shot or killed by lethal injection, though some may have been buried alive. None of the Chinese, Mongolian, Korean, or Russian prisoners assigned to Unit 731 survived their confinement. 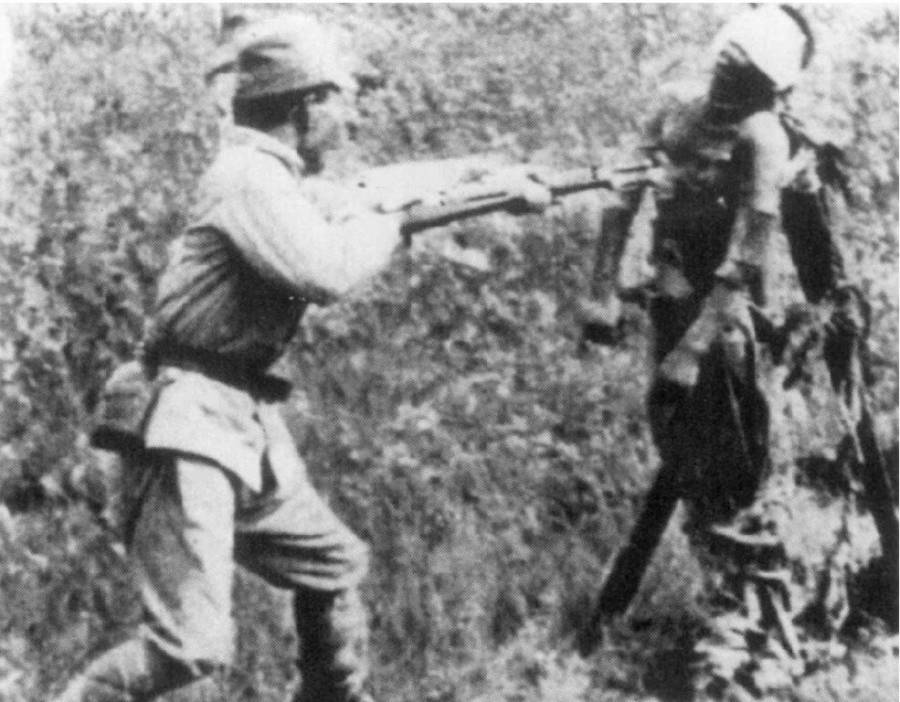 The effectiveness of various weapons was of obvious interest to the Japanese Army. To determine effectiveness, Unit 731 herded prisoners together on a firing range and blasted them from varying ranges by multiple Japanese weapons, such as the Nambu 8mm pistol, bolt-action rifles, machine guns, and grenades. Wound patterns and penetration depths were then compared on the bodies of the dead and dying inmates.

Bayonets, swords, and knives were also studied in this way, though the prisoners were usually bound for these tests. Flamethrowers were also tested, on both covered and exposed skin. In addition, gas chambers were set up at unit facilities and test subjects exposed to nerve gas and blister agents.

Heavy objects were dropped onto bound prisoners to study crush injuries, subjects were locked up and deprived of food and water to learn how long humans could survive without them, and victims were allowed to drink only sea water, or were given injections of mismatched human or animal blood to study transfusions and the clotting process.

Meanwhile, prolonged X-ray exposure sterilized and killed thousands of research participants, as well as inflicting horrible burns when the emitting plates were miscalibrated or held too close to the subjects’ nipples, genitals, or faces.

And to study the effects of high G-forces on pilots and falling paratroopers, Unit 731 personnel loaded human beings into large centrifuges and spun them at higher and higher speeds until they lost consciousness and/or died, which usually happened around 10 to 15 G’s, though young children showed a lower tolerance for acceleration forces.