Inside The Tragic Descent Of Vasily Stalin, The Soviet Dictator’s Second Son

Though he received special attention as Joseph Stalin's son, Vasily Stalin also gained a reputation for being a spoiled drunk. He was just 40 years old when he died in obscurity. 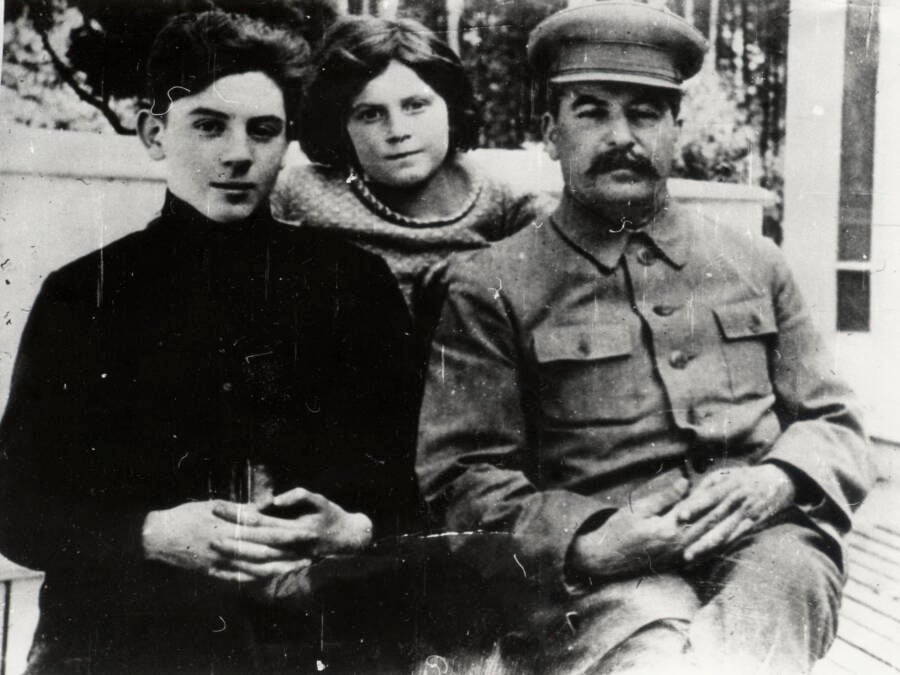 Getty ImagesVasily Stalin and his sister, Svetlana, with their father in the 1930s. Stalin never hid the fact that his daughter was his favorite, often ridiculing and belittling his sons.

At the height of his power, Joseph Stalin reigned supreme over nearly 200 million Soviet citizens and almost a sixth of the Earth’s surface, gaining infamy for the brutality of his regime. It should be little wonder, then, that such a dominant figure overshadowed the many people in his life — including his second son, Vasily Stalin.

Born into the top tier of Soviet society, young Vasily experienced both the privilege and the frustration that came with being the son of the country’s de facto dictator.

Never truly able make his own mark in Russian society, Vasily Stalin was pushed through the mechanisms of the Soviet state on the authority of his father. But Vasily was terrified of his notorious parent, and his nerves were shattered from a life spent at the heart of Stalin’s paranoid inner circle.

This is his sad true story.

Vasily Stalin Was Pampered In A Dysfunctional Home 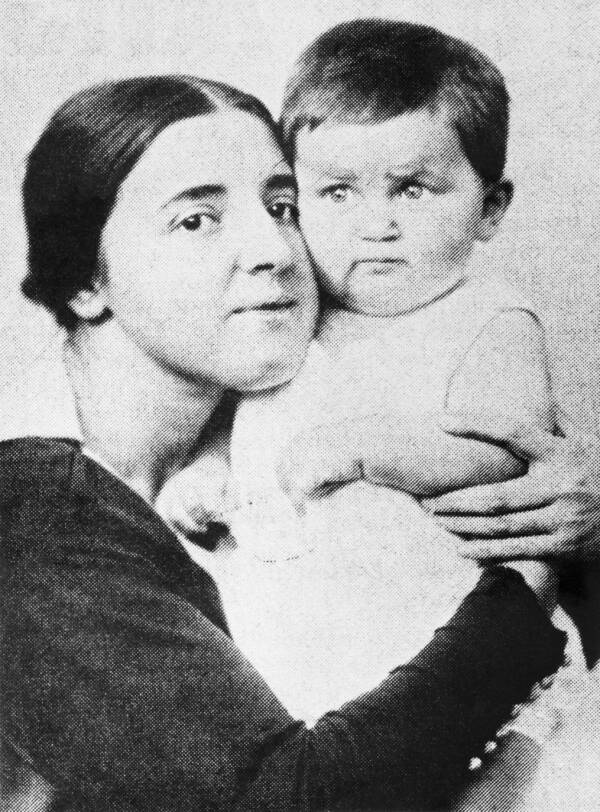 Getty ImagesVasily and his mother, Nadezhda. The combination of neglect and ugly fights between his parents had a devastating effect on him.

When Vasily Dzhugashvili was born on March 21, 1921, his father was still the subordinate to Vladimir Lenin, the first leader of Soviet Russia. His mother, Nadezhda Alliluyeva, was Joseph Stalin’s second wife, and he was Stalin’s second son.

A dedicated member of the Communist Party, Alliluyeva initially served as Lenin’s secretary. But Stalin made it increasingly plain that he expected her to stay home and raise young Vasily, which Alliluyeva viciously resented. A few months after Vasily’s birth, Stalin even expelled his wife from the party in an effort to force her to focus on domestic matters.

But even that didn’t stop Alliluyeva from working toward a professional career, which was a big deal for any woman in early 20th-century Russia. And so, despite Stalin’s objections, Alliluyeva hired a nanny to look after Vasily and his sister Svetlana.

Between his mother’s distance and the demands of his father’s career, Vasily found little attention from anyone except the nannies and guards who surrounded him. The effects of this neglect were soon evident, as Vasily began to lash out. As his sister wrote, “My brother Vasily… liked to destroy things. He would take my dolls, or pull up the flowers we had planted… he despised me.”

Then one evening in 1932, on the anniversary of the Bolshevik Revolution that brought his father’s party into power, Vasily’s parents had a fight. Hours later, Alliluyeva, who’d been desperate to leave her husband, was found dead after having shot herself through the heart.

Her two children, however, didn’t learn the truth about her death until 10 years after the fact because their father hid it from them.

According to Svetlana, Vasily was “completely destroyed” by their mother’s death, and he grew more violent, nervous, rebellious, and spoiled as no one around him dared to correct him. It may have been this tragic loss that led him, at the tender age of 13, to begin drinking.

He Joined The Air Force — And Took To Alcohol 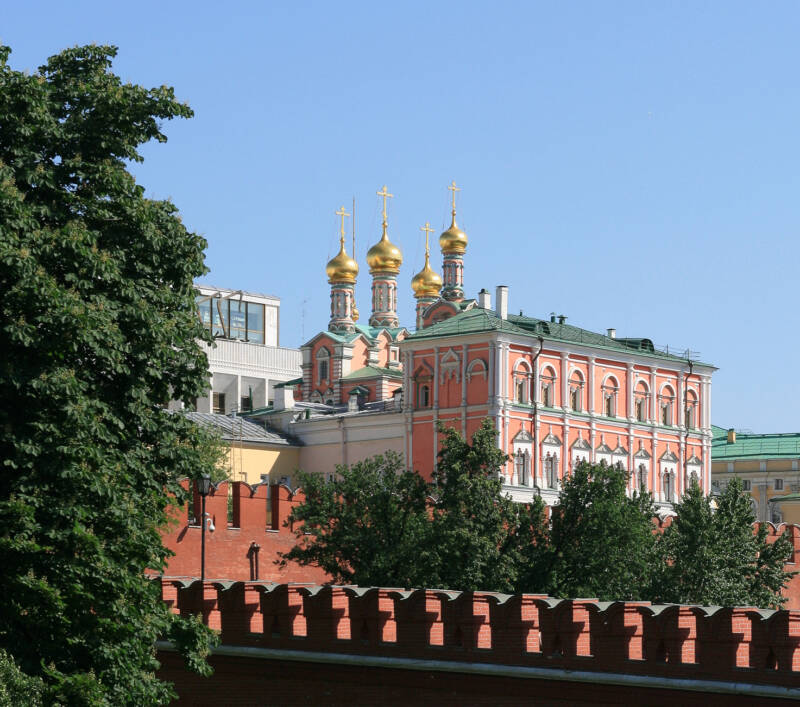 Wikimedia CommonsVasily Stalin was born and raised in the grandeur of the Amusement Palace, a section of the Kremlin commandeered by Stalin as his personal living quarters.

In 1938, as Vasily’s school days came to an end, he decided to become a pilot in the Soviet Air Force. During his training, Lavrentiy Beria, head of the secret police, ensured the young Stalin that he would want for nothing while in the force and gave him private quarters and luxurious food.

As soon as his father found out, he ordered that the 18-year old cadet be transferred to the barracks with the other trainees and that he receive the same rations as everyone else.

Upon graduation, the young officer was posted to a regiment in Moscow, where he indulged in alcohol and frequently chased women. He was hated by fellow officers, who believed — correctly — that he reported them to his father when they acted out of turn.

It was during this time that Vasily met his first wife, Galina Burdonskaia, whom he married when he was only 19 years old. When Stalin learned about the marriage, he sent his son a letter in red pencil, reading: “Why didn’t you ask my permission to get married? Well, the devil takes you. I pity her: she married an idiot.”

The young couple was ordered to move into the Kremlin, where they had a brief period of happiness and two children before Vasily relapsed into routine alcohol abuse and extramarital affairs.

By 1940, the marriage was functionally over, but something far more important was looming: Adolf Hitler was about to violate the treaty of non-aggression which had, so far, spared the Soviet Union from the growing terrors of World War II. 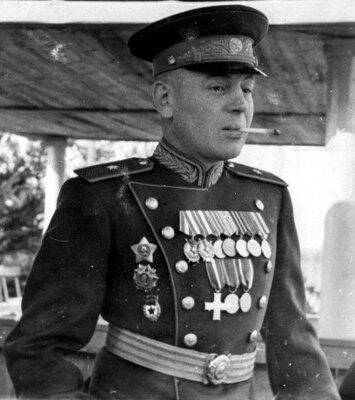 Vasily wasn’t Stalin’s only child to join the Soviet military in the early days of World War II. His older half-brother, Yakov — the product of Stalin’s first marriage — had been ordered to the front by their father along with Artyom Sergeyev, Stalin’s adopted third son.

In July 1941, Yakov was captured by the Germans, which was a humiliation for his father who’d ordered that no Soviet troops were to surrender under any circumstances. The capture of his elder brother meant that Vasily would never be allowed near much actual fighting for long. Even so, he began to be pushed steadily upward through the ranks, being promoted to captain, then major, and finally colonel, all within a year.

Despite his accomplishments, Stalin wasn’t exactly a model officer. According to a fellow soldier, “Vasily drank heavily almost every day, didn’t turn up for work for weeks on end, and couldn’t leave the women alone.” 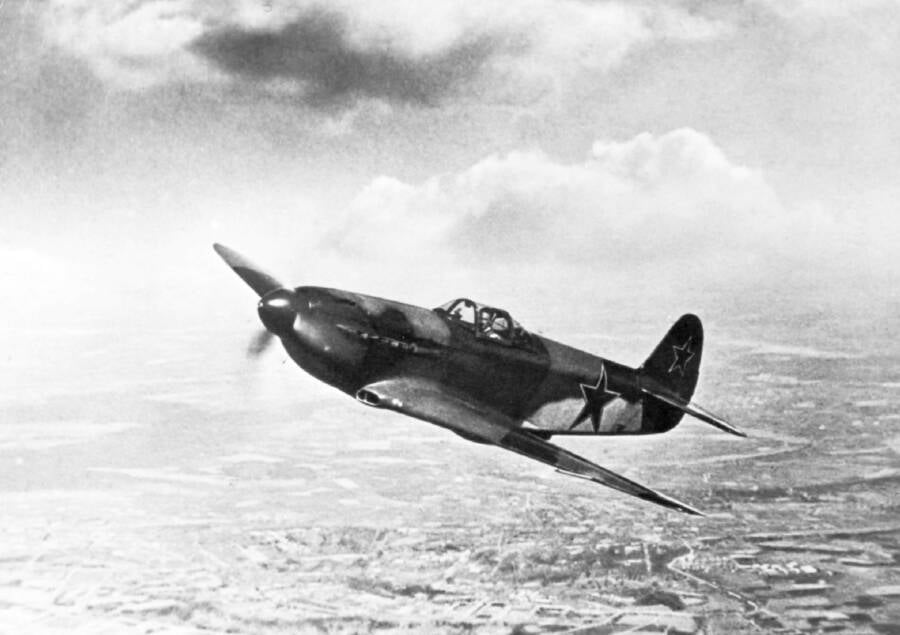 Finally, as the tide of the war began to turn slowly in favor of the Soviets, Stalin relented and allowed his son to return to active duty with a fighter regiment. Vasily soon proved himself in combat, shooting down two German planes.

Despite his accomplishments, he could never gain his father’s approval, and he received further promotions only because senior officers hoped to curry favor with his father.

He Descended Into Alcoholism And Died In Exhile 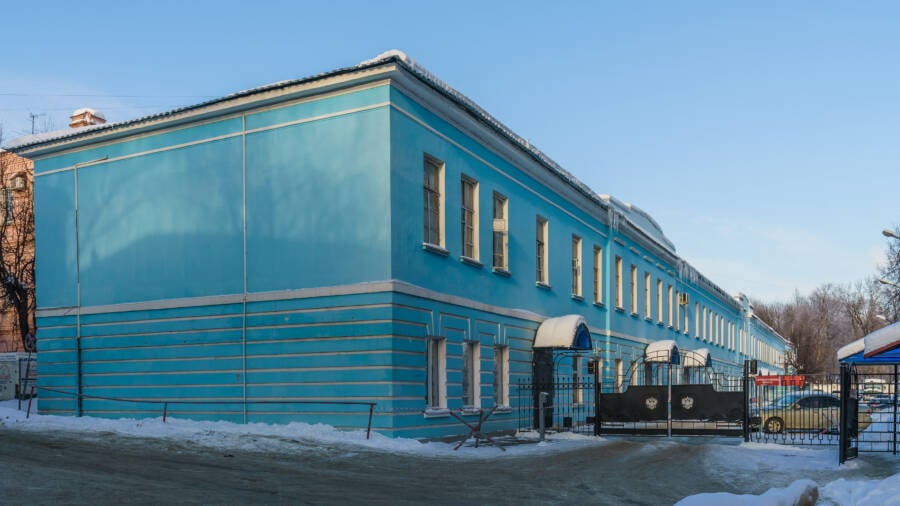 Wikimedia CommonsAfter his father’s death left him without protection, Vasily Stalin was imprisoned under a false name in Vladimir Central Prison.

With the end of the war, Vasily’s vices returned in force.

Over the years, Vasily fostered a love of ice hockey and eventually became the coach of Russia’s team. But in 1950, nearly all of the team was killed in a plane crash. Terrified of his father’s response and incapable of doing anything else, Vasily covered up the tragedy and reportedly replaced all the players with younger ones before his father took notice.

Meanwhile, he was promoted to lieutenant general, and he demanded command of Air Forces in Moscow, a plum assignment for which he was utterly unfit. Having refused to attend any of the training normally expected of generals, he had none of the experience or knowledge necessary for high command.

On May 1, 1952, while heavily intoxicated, he ordered a planned fly-by to go ahead despite miserable weather, a decision which resulted in the public deaths of two pilots as they crashed. A furious Stalin stripped his son of his command.

Despite his father’s alternating hatred and disregard, Vasily had always enjoyed protection from senior Soviet leaders. That came to a crashing halt when Joseph Stalin died on March 5, 1953.

Suddenly, the sycophants who’d fawned over the Soviet crown prince no longer needed him, and Vasily was rapidly charged with criminal negligence and accused of embezzling military funds to fuel his wartime drinking binges. Without his father to shield him, Premier Nikita Khruschev stripped Vasily Stalin of his rank, awards, money, and freedom, and threw him into Lefortovo Prison.

Vasily’s decades of alcoholism finally caught up with him. His health grew steadily worse behind bars until Khruschev took pity on him in January 1960 and prematurely released him. He was offered the consolation of a small pension and the right to wear his old uniform.

But once he was out of his cell, Vasily quickly turned to drinking, and just as swiftly, he ruined what remained of his health. Vasily Stalin died in disgrace two days before his 41st birthday in 1962, putting a solemn end to his tortured saga.

After learning the tragic story of Vasily Stalin, read these surprising and little-known facts about Joseph Stalin. Then, learn about Vasily Blokhin, Stalin’s favorite executioner who personally killed thousands of people.