Wayne Williams And The Mystery Of The Atlanta Child Murders

Was Wayne Williams a police scapegoat in the Atlanta Child Murders, or was he a hardened serial killer who's still denying his crimes four decades later?

From 1979 to 1981, there were about 29 murders in the Atlanta area that appeared to be linked. Most of the victims were boys, and all of them were black. The majority were young — and some were even children. The community thus dubbed the killing spree the Atlanta Child Murders.

In 1981, a man named Wayne Williams (portrayed in the second season of Netflix’s Mindhunter) was arrested for the murder of two young men in Atlanta. But many soon believed that his trail of death may have been far more gruesome and that he was the man behind the Atlanta Child Murders. 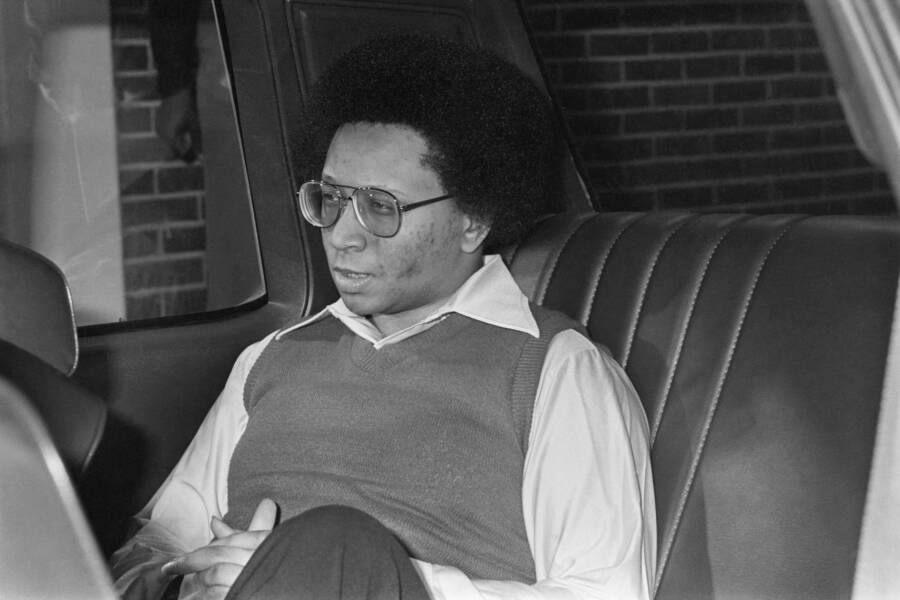 Bettmann/Contributor/Getty ImagesWayne Williams, the man believed to be responsible for the Atlanta Child Murders.

While his eventual arrest and conviction for two murders coincided with the end of the reign of terror over Atlanta, speculation persists as to whether Wayne Williams was truly guilty of the Atlanta Child Murders or if he was merely a convenient police scapegoat.

The Early Life Of Wayne Williams

Wayne Bertram Williams was born on May 27, 1958, in Atlanta. The only child to two schoolteachers, Williams excelled in class. He was a bright young boy whose teachers and classmates described him as a “virtual genius.” 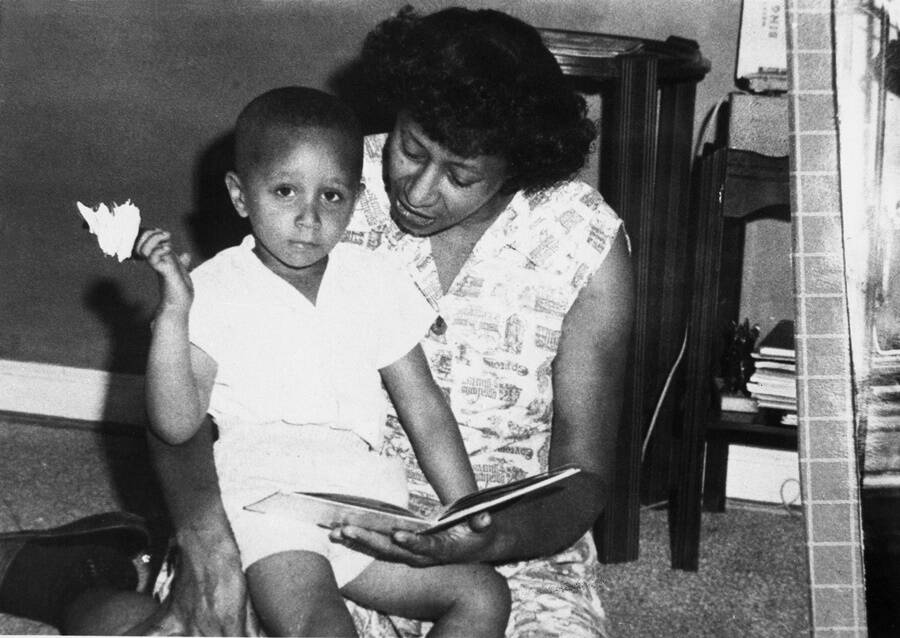 Bettmann Archive/Getty ImagesWayne Williams as a child in a photograph taken by his father.

His entrepreneurial spirit was exhibited through his attempt to start a radio station in his parents’ basement. He also earned a brief flicker of fame after being covered in Jet magazine.

In 1976, young Wayne Williams graduated from Douglass High School and went on to enroll in Georgia State University, only staying for a year before he quit. From then on, it seemed like the once-promising young man began to lose direction. By age 23, he was jumping from one thing to the next, going from radio work to record production to talent scouting.

Eventually, Williams also began dabbling in freelance photography. Despite hefty career ambitions, Williams’ work never took off. His dreams cost his parents a ton of money, and they ended up filing for bankruptcy. 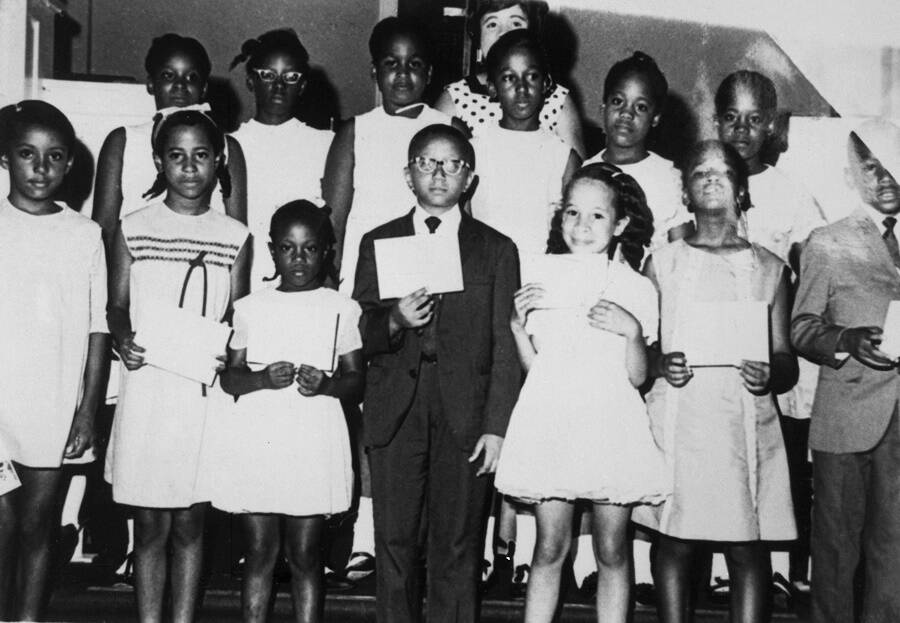 Bettmann Archive/Getty ImagesWayne Williams’ teachers and classmates described him as a “virtual genius.”

A longtime neighbor of the Williamses later told FBI agents that kids in the neighborhood thought Wayne Williams was a policeman because he spoke and acted like one, even carrying a badge around with him.

“Many of them thought he started acting crazy two to three years ago… he would approach kids in official looking vehicles, telling them to get off the street or he would lock them up,” the unidentified neighbor said.

On May 22, 1981, things took a turn for the worst. Around 3 AM that day, police officers patrolling a bridge over the Chattahoochee River stopped Wayne Williams while he was driving his car. Though they eventually let him go, they would definitely be back.

Two days later, the dead body of Nathaniel Cater, 27, was discovered downstream nearby where police had questioned Williams. It was believed to be linked to the string of homicides terrorizing the city.

So Wayne Williams officially became a suspect in the Atlanta Child Murders. 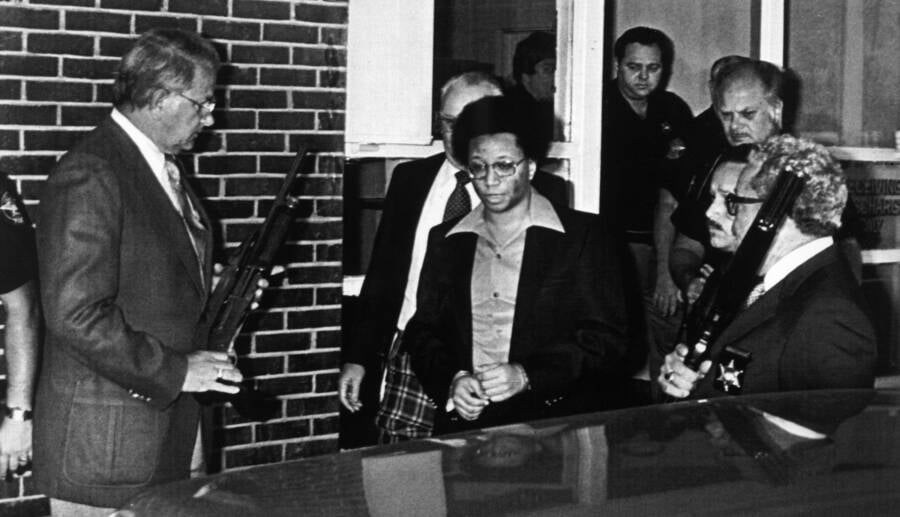 The first victims of the Atlanta Child Murders were two boys, one 14 and the other 13, both of whom disappeared within three days of each other. Both were found dead on the side of a road beside each other on July 28, 1979. One was shot and the other was murdered by asphyxiation.

From there, bodies continued to pile up. By March 1980, the death toll had reached at least six.

Frustratingly, every lead in the Atlanta Child Murders case turned up nothing for local authorities. Before long, it was time for the FBI to step in.

Famed FBI profiler John Douglas weighed in on a potential killer profile of the Atlanta murders culprit. He had already devoted much of his work to interviewing serial killers and assassins, which would go on to include James Earl Ray, David Berkowitz a.k.a “Son of Sam“, and Richard Speck. So it’s no surprise that Douglas had a hunch about this particular case. 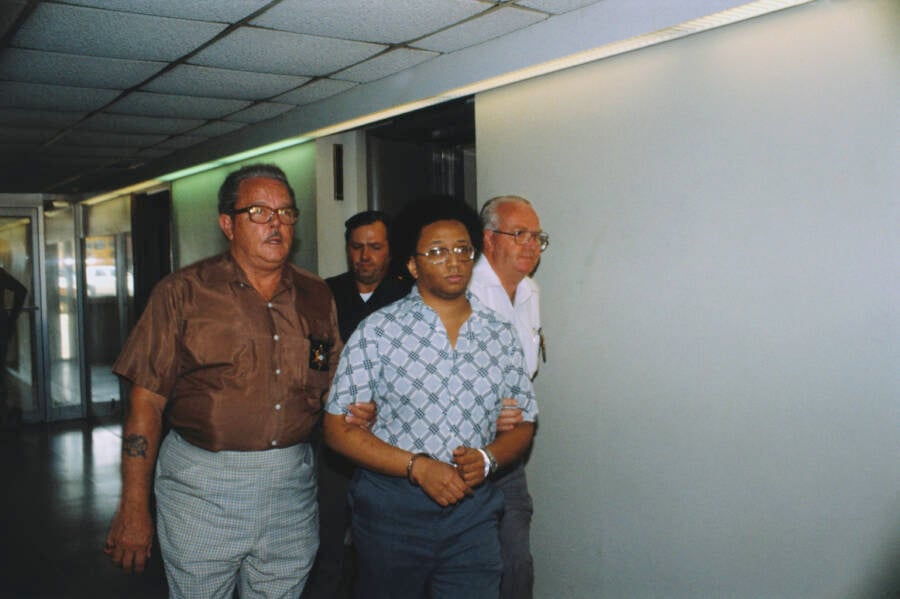 Bettmann/Contributor/Getty ImagesWayne Williams, the suspect in the Atlanta Child Murders, being led in handcuffs.

In his case files on the Atlanta Child Murders, Douglas (the inspiration for the main character on Mindhunter) reported that he believed the murderer was someone black and not white. He theorized that in order to have access to black children, the Atlanta killer would need access to the black community without arousing suspicion.

By late May of 1981, many of the dead bodies linked to the case had been recovered within the same geographic parameters. Some had been pulled out of the Chattahoochee River, so investigators staked out its bridges.

That’s when they found Wayne Williams, who was awfully close to where Cater’s body was later discovered. The body of 21-year-old Jimmy Ray Payne was also found nearby — apparently allowing cops to build their case. 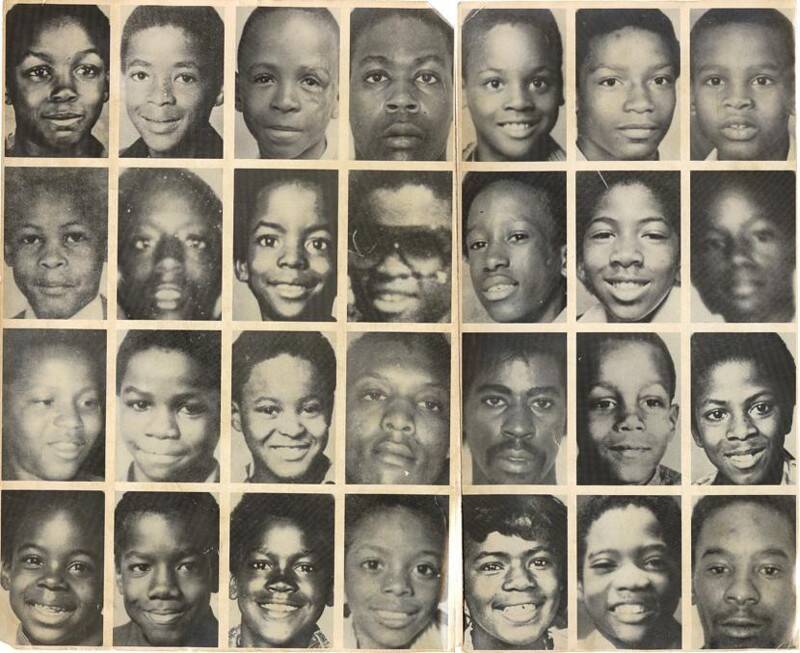 Handout/AJCApproximately 29 black youths were killed in Atlanta over the span of about two years.

It wasn’t until June 21, about a month after the discovery of the bodies, that police were able to arrest Wayne Williams. He was cuffed after it was found that his alibis were weak and he failed a polygraph test.

Police also had collected fibers from Williams’ car and his family dogs. These same fibers were found on both Cater and Payne’s bodies.

In addition to the mounting evidence, FBI profiler John Douglas detected a convincing motive for Williams. Douglas pointed to Williams’ many failures in life and theorized that he may have felt like he was losing control. In a sense, the murders could have hypothetically given him back a sense of control. 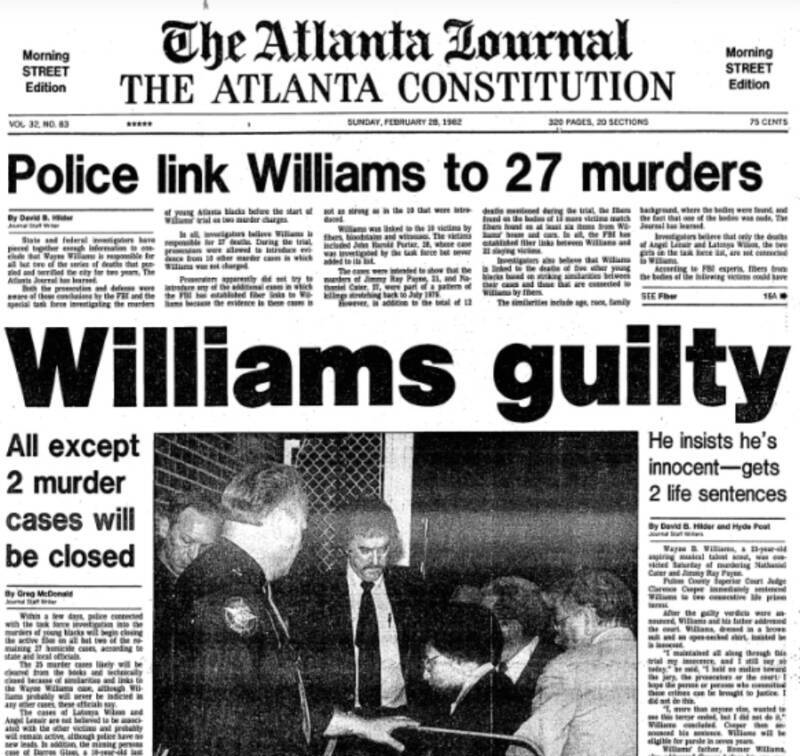 Douglas sat in on Williams’ trial and concluded that the man “is very much like other serial killers researched and interviewed in the past by the FBI’s Behavioral Sciences Unit.”

In his notes, the FBI agent suggested that Williams was thirsty for the limelight as he displayed signs of enjoying the attention brought on by the murder case. Like many serial killers, Douglas noted, Williams didn’t think he would ever go down for his crimes. 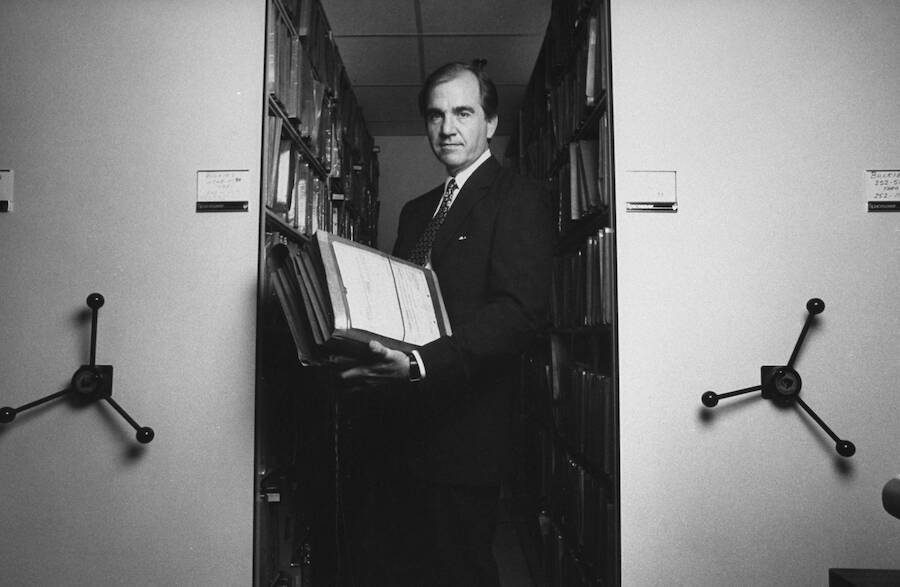 Getty ImagesFamed FBI profiler John Douglas suspected Wayne Williams was responsible for some of the murders — but not all.

But Wayne Williams’ calm demeanor changed as his case began to lose ground.

Douglas advised prosecutors to focus on Williams’ failures and his inconsistent statements during his cross-examination. Once they deployed this tactic, Williams became argumentative, calling the prosecutor a “fool.”

When the prosecutor asked if he had been coached for his testimony, Williams responded defensively, “No. You want the real Wayne Williams? You got him right here.”

But Was He Really The Atlanta Serial Killer? 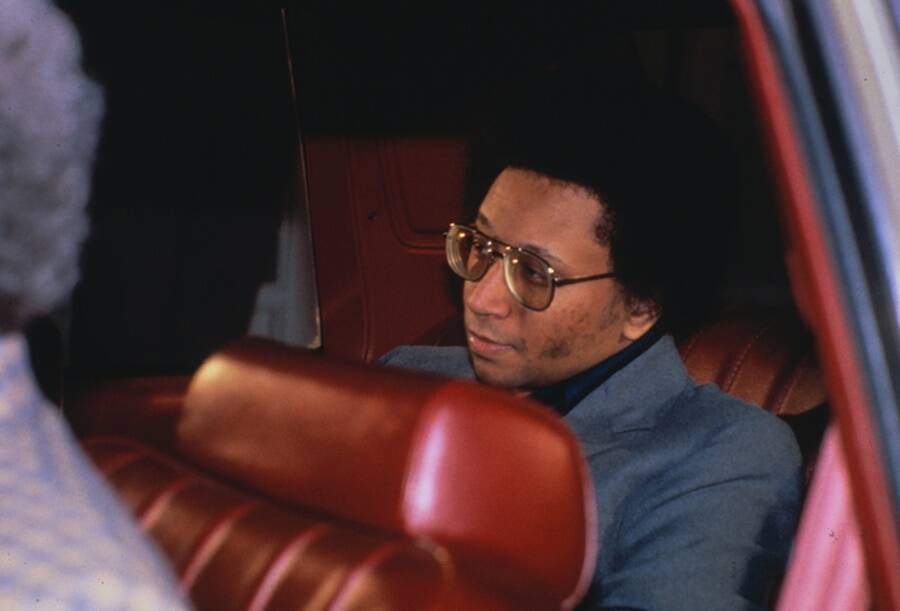 Getty ImagesWayne Williams sits in the back of a car on his way to his court trial in 1982.

In February 1982, Wayne Bertram Williams was convicted and subsequently handed two life sentences for the murders of Payne and Cater. Williams was never convicted of the rest of the murders in the Atlanta Child Murders case but local police alleged that he was responsible for them.

While FBI profiler John Douglas connected Williams to about 12 of the murders, most of those cases remained unsolved. And though the murders seemed to stop once Williams was taken into custody, the lack of evidence fueled speculation of his innocence.

Wayne B. Williams has consistently maintained his innocence ever since he was put in jail decades ago. In one 1991 interview, Williams said he accepts his fate and that God has a plan for him. 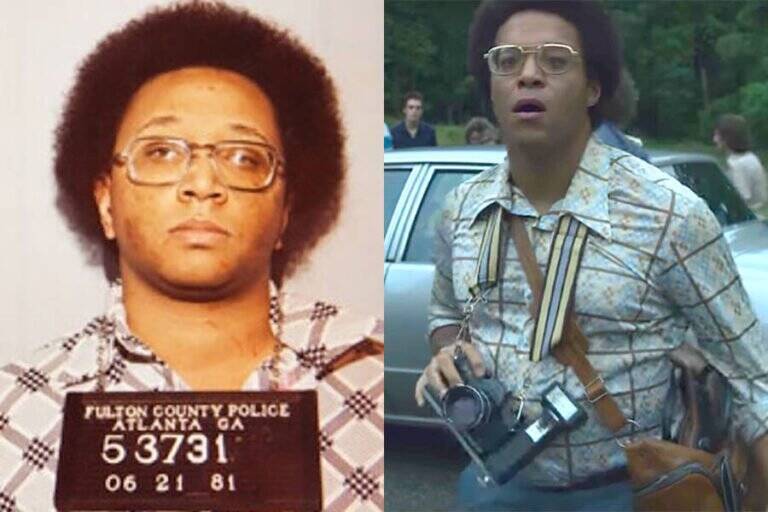 Wikimedia Commons/NetflixWayne Williams was depicted in the series Mindhunter on Netflix.

But in 1994, Williams penned a letter to the parole board to make a case for his release:

“I’ve realized it’s not always a case of right or wrong, guilt or innocence, but how we handle adversity and grow from our errors… My life has been an example of going from promise to the pits. Now, I only ask for the chance to do my part in restoring the confidence so many once had in me.”

Some Atlanta residents, including relatives of the Atlanta Child Murders victims, believe Wayne Williams did not commit the crimes. Filmmakers Payne Lindsey and Donald Albright compiled research and interviews to find out whether Williams was the Atlanta child serial killer.

The project was part of a 10-episode podcast titled Atlanta Monster, which digs into the nearly 40-year-old case.

“The families of the victims are the ones saying they don’t think he did it. They don’t feel like their child was ever actually given justice,” Albright said.

During his 40 years in prison, Wayne Williams has maintained his innocence.

There was also a bombshell report by Spin magazine, which revealed that the Georgia Bureau of Investigation (GBI) had suppressed evidence that may have implicated a member of the Ku Klux Klan in the murders. But in an effort to prevent racial strife, the GBI kept this information under wraps.

Williams’ lawyers have referred to his arrest as a scapegoat — investigators had found their assumed black murderer and were able to cleanly close a politically rife case.

But the Atlanta murders mystery was further complicated in 2010 by DNA forensics, which strengthened the original case with modern-day testing on the hairs originally found at the scene. Officials involved in the original investigation maintain their case against Williams and believe he is responsible for the Atlanta Child Murders.

Meanwhile, Wayne Williams bides his time in prison. He has repeatedly been denied parole even as a fresh investigation into the murders was opened by Atlanta Mayor Keisha Lance Bottoms in 2019. A spokesman for the parole board stated that Williams’ next date of parole consideration is November 2027 — the furthest date that the board is allowed to push it to now.

After learning about the alleged serial killer Wayne Williams, check out the true story of the Lizzie Borden murders. Then, check out the strange story of Myra Hindley and the Moors Murders.