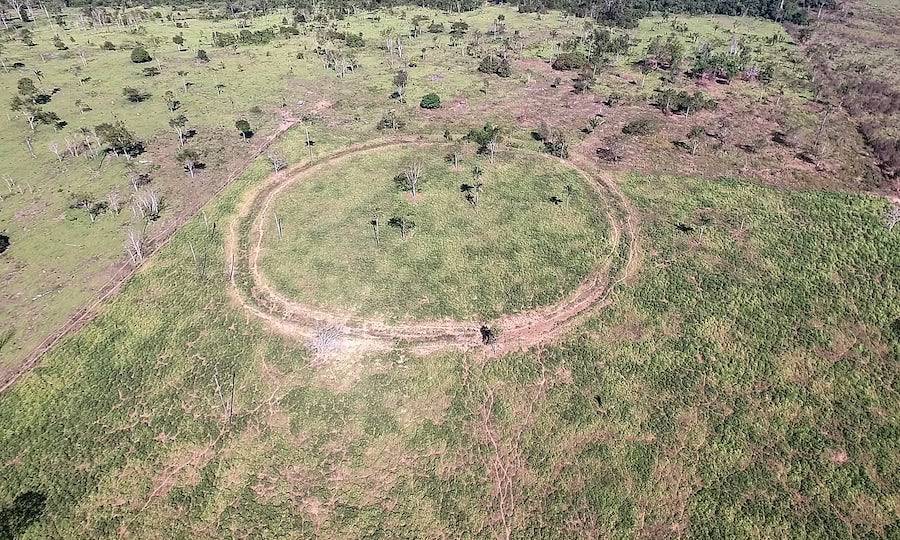 University of Exeter/PAPhoto of one of the 81 settlements in the Amazon taken using satellite imagery.

Stretching across northwestern Brazil and extending into Colombia, Peru, and five other countries, the Amazon is the world’s largest tropical rainforest. The Amazon, covering more than 2.1 million square miles of terrain, was once thought to be untouched by human civilization. However, several discoveries have indicated that the land has been heavily influenced by people who inhabited it.

On March 26, 2018, it was announced that 81 villages were uncovered in a small region in the Amazon’s upper Tapajós Basin, an area that was previously considered uninhabited.

In another twist, it’s believed that as many as one million people lived there. These populations likely inhabited the land between 1410 and 1460 A.D. before European’s arrived towards the end of the 1400s and early 1500s.

At 2,200 Years Old, Archeologists May Have Found The Oldest, Non-Evaporated Wine 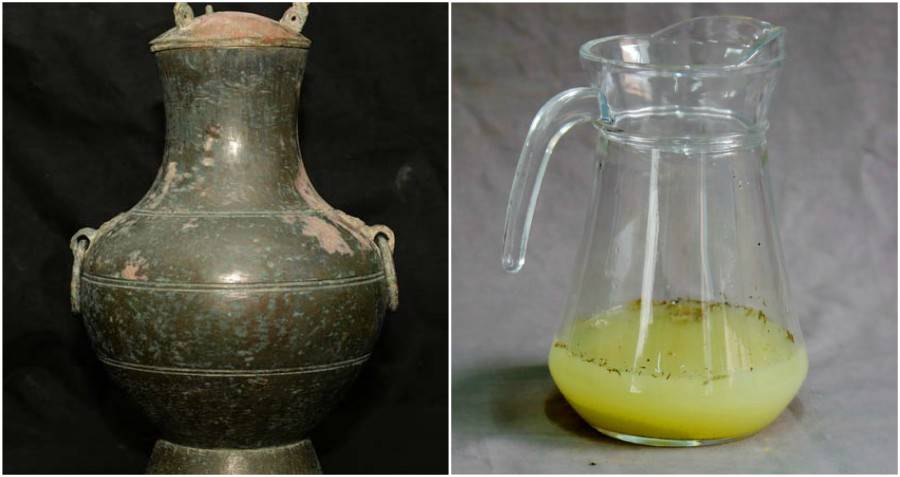 Li Yibo, Xinhua/ sci-news.comThe 2,200 bronze kettle and the wine found in it.

If it’s true wine gets better with age, the wine discovered by a team of researchers from the Shaanxi Provincial Institute of Archeology must be the absolute best.

Discovered while excavating 56 ancient tombs in China’s Shaanxi province, the 2,200 year-old wine was found in a bronze kettle that dates back to the Qin Dynasty (221-207 BC). Because the kettle was sealed shut with plants and natural fibers, the liquor was able to be preserved. 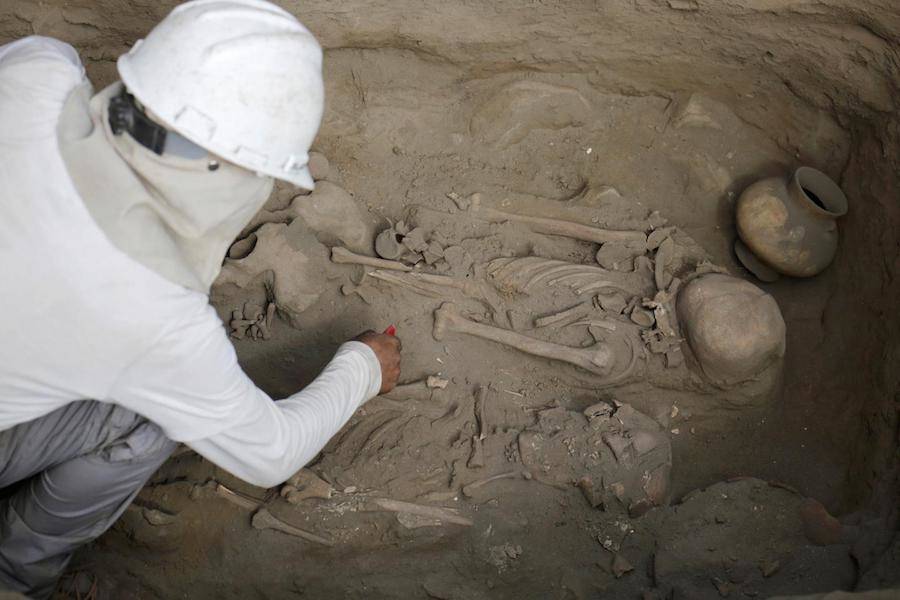 The ancient Chimú people are known for their pottery, textiles, irrigation, and metalwork. And apparently, human sacrifices too.

Construction workers in Huanchaco, a beach town in Northern Peru, were laying down drinking water pipes when they came across a large number of skeletal remains.

The workers called in archeologists, who began excavating the 1,500-year-old site. The excavation yielded the discovery of 47 individuals and 77 tombs belonging to a mixture of three different cultures from pre-Inca times, Chimú, Salinar, and Viru.

But the most striking aspect of the finding was the considerable number of children who appeared to have been killed as human sacrifice offerings. At least 12 children were found with fractures in their ribs and cut marks on their chest bones.