Who Killed The Most People In History? It’s Not As Straightforward As You Think

The candidates for who has killed the most people in history range from despotic leaders to imperial rulers, all of whom killed millions of people during their bloody reigns.

Human history is scattered with cold-blooded killers. Some of them led nations and saw millions perish under their harsh rule. Others took lives single-handedly, either as soldiers or as murderous serial killers. But who killed the most people in history?

In the running for history’s worst mass murderers are vicious leaders like Genghis Khan, Adolf Hitler, and King Leopold II. But other candidates include soldiers like Simo Häyhä, whose hundreds of kills make him the world’s deadliest sniper, and the prolific Colombian murderer Luis Garavito.

Below, learn who has killed the most people in history — through their rule or with their bare hands — and how they did it.

Who Killed The Most People In History?

Who killed the most people in history? People often suggest Nazi leader Adolf Hitler or Soviet dictator Joseph Stalin, both of whom saw millions die as a direct result of their policies. But recent scholarship suggests that the world’s most murderous leader is China’s Mao Zedong. 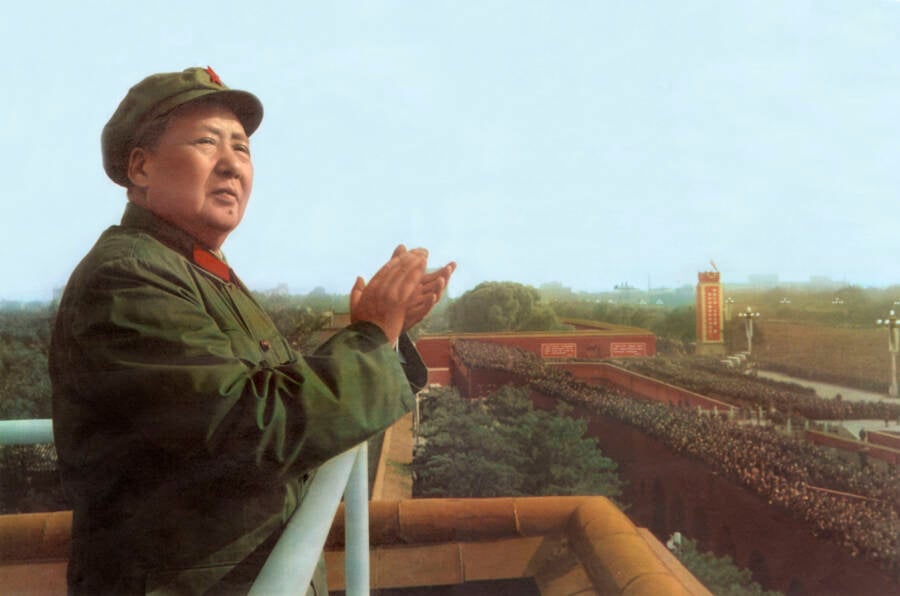 Apic/Getty ImagesScholars estimate that Mao Zedong killed the most people in history through his harsh policies during the “Great Leap Forward.”

The founder of the People’s Republic of China, Mao Zedong ruled over the country from 1949 until he died in 1976. During that time, he sought to reshape China into a communistic world power — by any means necessary.

Once in power, the BBC reports that Mao put economic production under the ownership of the state, organized farms into collectives, and brutally suppressed anyone who tried to resist his new policies.

And in 1958, he took things a step further with his “Great Leap Forward.” Hoping to make China competitive on the world stage, Mao set out to mobilize the Chinese workforce. But his harsh policies forced millions from their homes, subjected civilians to punishments, and triggered famines.

During this time, people were horrifically disciplined for minor transgressions, forced to work no matter the conditions, and brutally and purposefully starved. According to historian Frank Dikötter, who published Mao’s Great Famine: The Story of China’s Most Devastating Catastrophe, 1958–1962 in 2010, two or three million alone were tortured and killed for stepping a toe out of line.

“When a boy stole a handful of grain in a Hunan village, local boss Xiong Dechang forced his father to bury him alive,” Dikötter wrote for History Today, offering one of many harrowing examples of Mao’s brutality during this era. “The father died of grief a few days later.”

So how many people did Mao kill? Dikötter estimates that “at least 45 million people between 1958 and 1962” died due to his policies. That number, however, could be as high as 78-80 million. Either way, it means that Mao killed the most people in history.

But he’s not the only leader who saw millions die during his reign.

Mao Zedong may have killed the most people in history, but other leaders have similar body counts. One such leader is Genghis Khan. 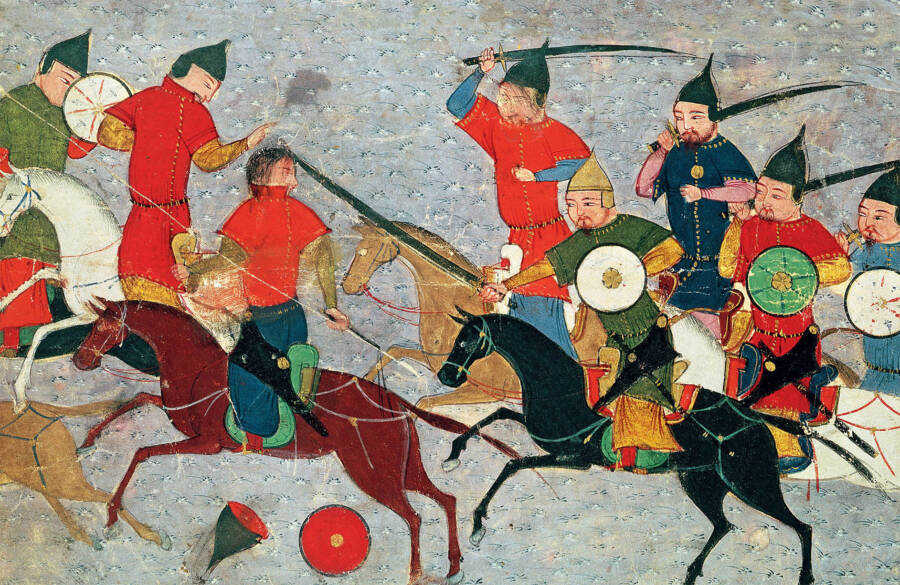 During his rule between 1206 and 1227, the Mongol Emperor and his sons succeeded in creating the largest contiguous land empire in human history. And they relied more on violence than diplomacy to conquer territory.

According to History, censuses from the Middle Ages suggest that China lost tens of millions of people during Khan’s reign, and Genghis Khan’s Mongol forces may have wiped out a jaw-dropping 11 percent of the world’s population. Though the total death toll under his rule is difficult to determine, historians estimate that some 40 million people died as he expanded his empire.

That makes Genghis Khan one of the deadliest killers in world history. Other infamous leaders have much lower — but still horrific — death counts.

Take Joseph Stalin. While it’s difficult to know for sure how many people Stalin killed, historians estimate that the Soviet dictator’s policies led to the deaths of between six and 20 million people, if not more. Stalin’s famines, political purges, and executions brought massive death to the Soviet Union. 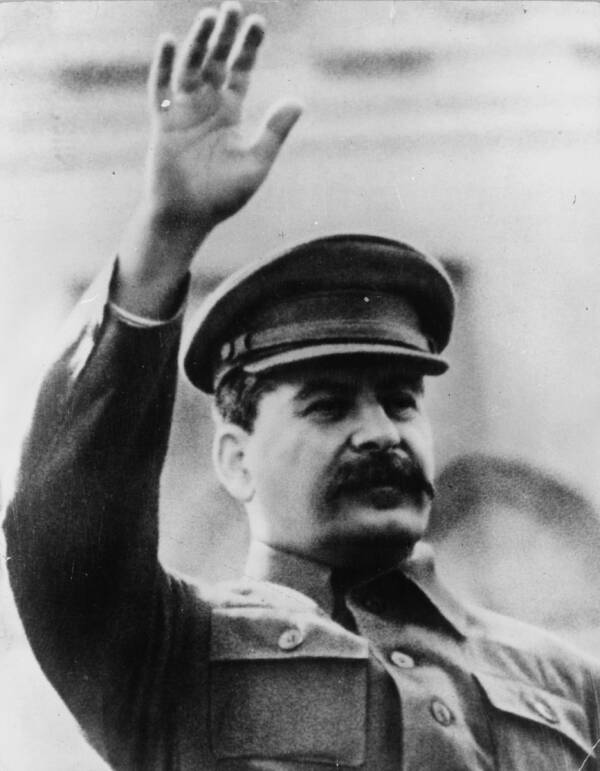 Keystone/Getty ImagesJoseph Stalin in 1949. By the end of his reign in 1953, millions had perished from famines, executions, or imprisonments.

Adolf Hitler similarly brought horrific suffering to Europe during World War II. The Nazi policy of exterminating Jewish people and other groups, like people with disabilities, gay people, and the Romani, led to the deaths of 11 million people. (Though the total death count for WWII itself is much higher.)

Meanwhile, rulers like Belgium’s King Leopold II saw between eight and 11 million people perish on his watch, and Cambodia’s Pol Pot orchestrated the deaths of an estimated one-and-a-half to two million people.

So, who killed the most people in history? When it comes to rulers, the answer is clear. But it changes if you look at soldiers and serial killers.

When it comes to who killed the most people in history, it’s easy to think about rulers like Mao Zedong or Joseph Stalin, who could kill millions through their orders. But some people have single-handedly killed shockingly high numbers of their fellow humans.

Sometimes, they killed in the name of war. Finland’s Simo Häyhä became the world’s deadliest sniper during his country’s Winter War (from November 1939 to March 1940) with the Soviet Union. 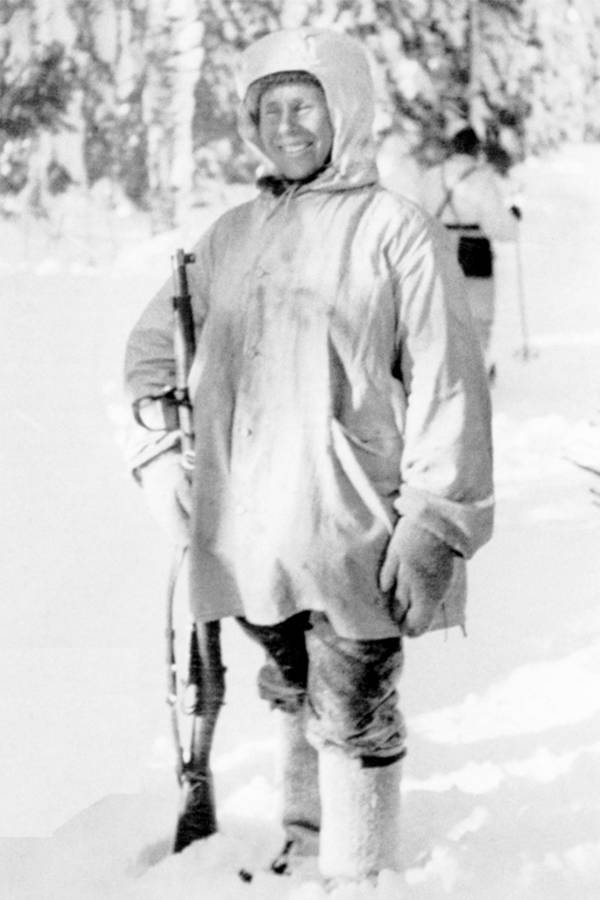 Wikimedia CommonsSimo Häyhä with a rifle gifted to him from the Finnish government.

During the roughly 100 days of that conflict, Häyhä, cloaked in white and using an iron sight, killed hundreds of Soviet troops. He likely took out between 500 and 542 soldiers on his own, which makes Häyhä the deadliest sniper in human history.

But not everyone with a high kill count took lives during a war. Some of the most prolific killers in history did it to satisfy their own sick cravings.

Luis Garavito is one of those men. A Colombian serial killer, Garavito is believed to be the world’s most prolific murderer. Between 1992 to 1999, he raped, tortured, and murdered 100 to 400 boys between the ages of six and 16. Officially, Garavito confessed to killing 140 children.

Likewise, another Colombian serial killer named Pedro Lopez is believed to be one of the deadliest murderers in history (second only to Garavito himself). Known as the Monster of the Andes, Lopez may have killed as many as 300 young girls. According to The Sun, he was convicted of killing 110 and later confessed that he’d killed 240 more.

Chillingly, some of America’s most infamous serial killers — like Ted Bundy or Jeffrey Dahmer — killed just a fraction of the victims killed by Garavito and Lopez.

As such, there are many answers to the question, “Who killed the most people in history?” If you look at rulers, then it’s Mao Zedong, who killed at least 45 million people in his attempt to jumpstart China’s economy. And if you look at soldiers or serial killers, then you have to consider people like Simo Häyhä or Luis Garavito as the world’s most prolific killers.

But when discussing the world’s worst killers, it’s also important — if difficult — to consider the victims. The millions upon millions killed by Mao, Stalin, or Hitler, and the hundreds killed by murderers like Garavito or Lopez, were more than a number on a sheet. They were people.

After learning who killed the most people in human history, look through this list of the deadliest disasters in modern history. Or, discover the stories behind 10 of the weirdest people in history.