In 1888, London was terrorstruck by the grotesque murders of Jack the Ripper, who was shortly about to claim his next-victim: 47-year-old prostitute Annie Chapman.

In September 1888, the Whitechapel district of London found itself in the midst of a blood-curdling series of homicides. Five prostitutes were not only slashed to death but utterly mutilated with their organs removed. Indeed, as written by The New York Times in September 1888, “The murders are certainly the most ghastly and mysterious known to English police history.”

But on the night that 47-year-old Annie Chapman met her grisly end, the murderer, Jack the Ripper, had not yet risen to infamy. Chapman’s murder helped alert the public to the terror that was only then beginning to take shape. 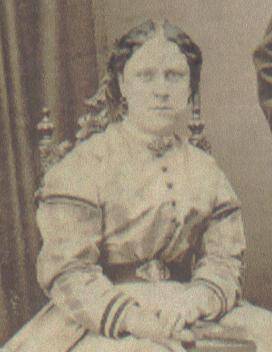 In the late 1800s, the women of London had few opportunities. They could get married or live in poverty. Annie Chapman chose the former, and lived with her husband, John, a coachman. However, after their youngest daughter, Emily, died of meningitis at the age of 12, the couple fell into troubled times and separated in 1884.

Chapman consequently moved to Whitechapel where she lived in various lodging houses. Her husband sent her ten shillings a week and she earned money doing crochet-work and selling flowers. But when her husband died, Chapman turned to sex work in order to ensure that she had a warm place to sleep every night.

By 1888, Chapman was living at Crossingham’s Lodging House on 35 Dorset Street, along with approximately 300 other people. Here, she paid eightpence for a bed and was known by the manager as “inoffensive” though she was consumptive and often sickly. She was stout, hardy, and was potentially suffering from both TB and syphilis.

On September 8, 1888, she left the house sometime after 1 AM. She told the manager to save her a bed as she went out to earn sufficient funds. “I’ll soon be back,” she said.

But she wouldn’t be.

The Last Sightings Of Annie Chapman 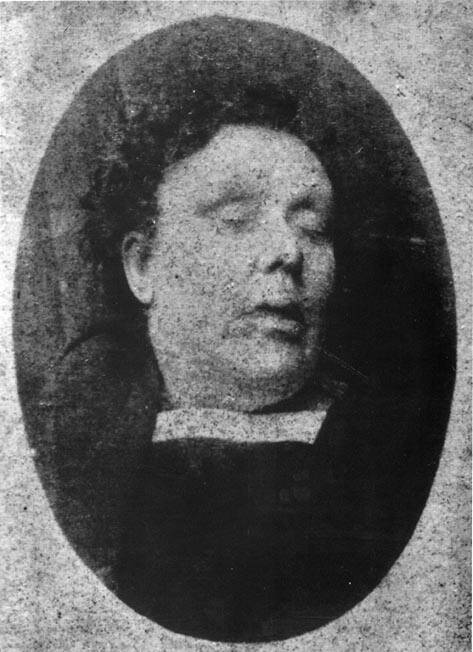 Wikimedia CommonsA photograph of Annie Chapman, taken at the mortuary after her death.

Chapman was spotted later with a man at 29 Hanbury Street around 5:30 AM. The voyeur heard the man ask Chapman “Will you?” to which she replied “Yes.”

Then around 5:45 AM, Albert Cadosch, who was living at 27 Hanbury Street, walked into his backyard. As he passed the fence that separated his house from that of 29 Hanbury Street, he heard a woman say, “No!” He heard something fall against the fence but thought nothing of it. He went on with his regular routine.

Chapman had most likely met her murderer only minutes before the attack, thinking he was a potential customer. She might’ve led him through a passageway in a lodging house filled with sleeping people into the backyard, where the two could complete their transaction alone.

However, much to her terror, the man instead took hold of her and brutally cut her throat from ear to ear, before mutilating her body. Then, he escaped into the night without raising even an ounce of suspicion.

A little before 6 AM, John Davis, a carman who lived in the lodging house with his family, found Chapman’s mutilated corpse. 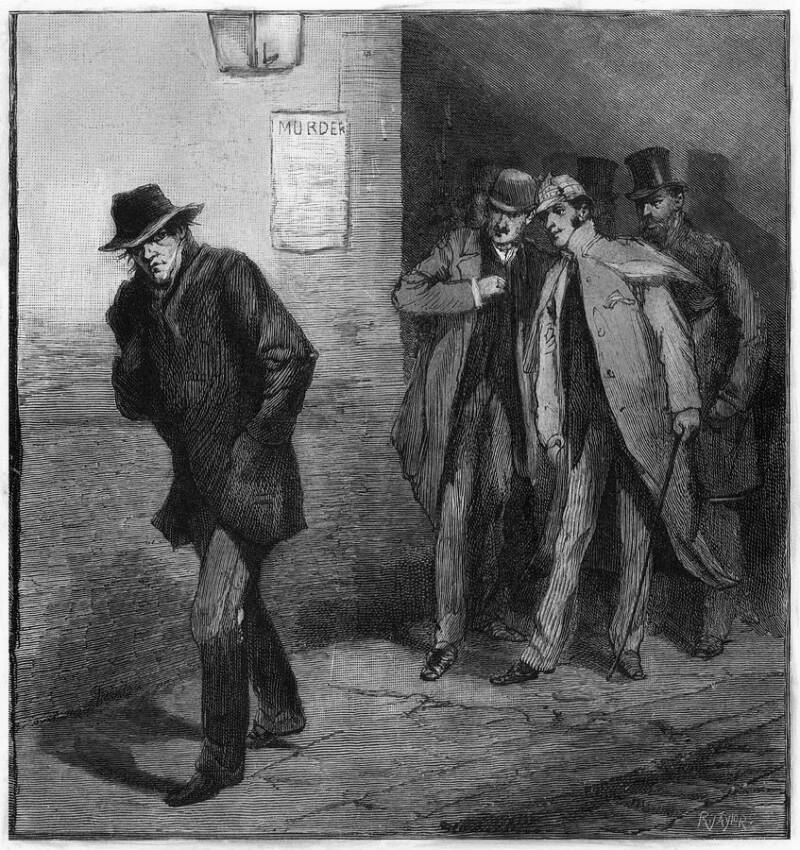 Davis cried out to the men waiting outside and they immediately ran to the Commercial Street Police Station.

“I could see that the woman was dead,” said James Kent, one of the witnesses. “She had some kind of handkerchief around her throat, which seemed soaked in blood. The face and hands were besmeared with blood, as if she had struggled.”

The news of Chapman’s death spread rapidly and as Inspector Joseph Chandler arrived, so did an excited crowd. As Echo magazine reported, “The excitement has, as we say, been intense. The terror is extreme. The house and the mortuary were besieged by people, and it is said that during part of Saturday people flocked in great numbers to see the blood-stained spot in the yard, paying a penny each.” 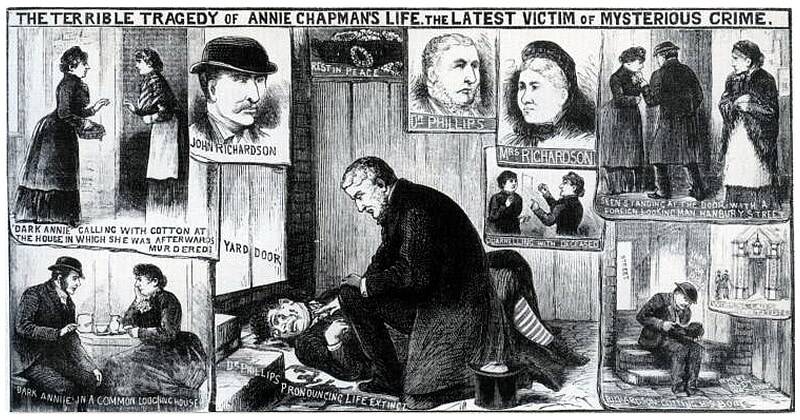 Dr. George Bagster Phillips arrived on the scene at approximately 6:30 AM. He reported that Annie Chapman’s throat had been cut so severely that her head was barely still attached to her body.

Her abdomen had also been cut and laid open. As Phillips said, “The small intestines and other portions were lying on the right side of the body on the ground above the right shoulder, but attached. There was a large quantity of blood, with a part of the stomach above the left shoulder.”

Chapman’s uterus and two-thirds of her bladder had been removed. Since no trace of these organs was found, the killer was assumed to have taken them with him. These cuts were very clean suggesting that the person who made them was experienced. Her other nearby organs had been carefully avoided.

All of this had been done in a pitch-black morning in under 30 minutes.

As the doctor reported in his inquest, “Obviously the work was that of an expert — of one, at least, who had such knowledge of anatomical or pathological examinations as to be enabled to secure the pelvic organs with one sweep of the knife.”

This suggestion most likely has to do with an old belief that a person’s eye recorded their last sight before death. It was a practice that had been used as an attempt to catch killers in times past, but clearly, was of no use in catching Jack the Ripper.

On Sept. 14, 1888, a hearse supplied by the Hanbury Street Undertaker drove to the Whitechapel Mortuary to pick up Annie Chapman’s body. She was taken to the City of London Cemetery in Forest Gate, London where she was lowered into grave 78, square 148.

No mourning coaches followed the hearse. As The Daily Telegraph reported, “The funeral of Annie Chapman took place early yesterday morning, the utmost secrecy having been observed, and none but the undertaker, police, and relatives of the deceased knew anything about the arrangements.”

Sadly, Chapman’s grave no longer exists, as it has since been buried over.

The London Police’s Search For Suspects 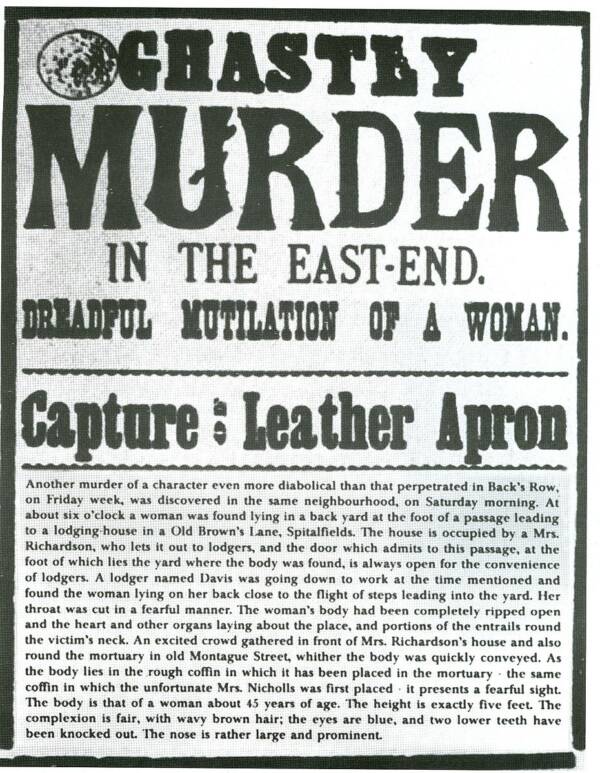 Chapman’s was the second murder of this brutality in Whitechapel. Citizens were consequently starting to panic and police were put under increasing pressure to find the man involved.

Before long, a man known as “Leather Apron” was arrested. He was believed to carry around a knife and mistreat sex workers.

An alleged witness from the night of Chapman’s murder indicated this man, whose real name was John Pizer, out of a lineup. But after further investigation, he was released. 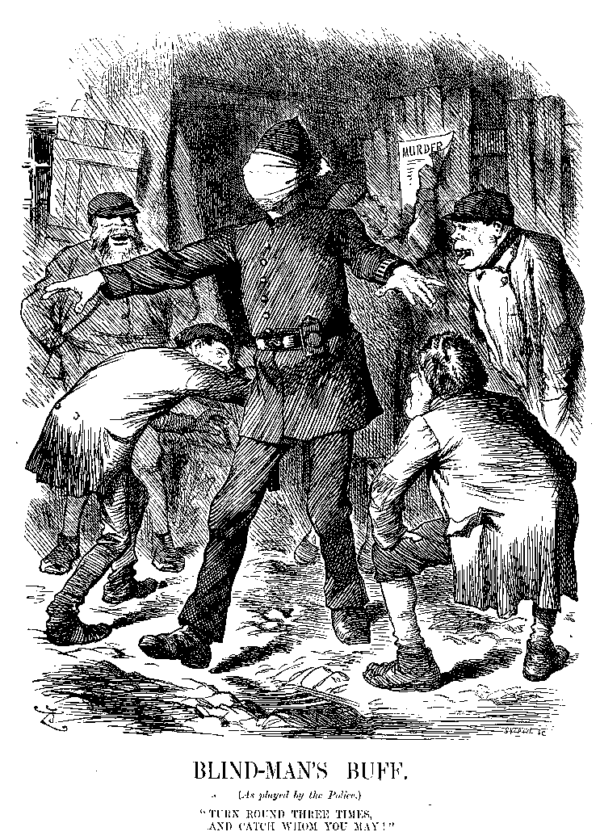 On Sunday night, another “suspicious-looking individual” named William Pigott was arrested. One of his hands had a bite mark, which Pigott said came from a woman who he had tried to help during the early hours of the morning in Whitechapel on Sept. 8. He also had spots of blood on the clothes he was carrying.

Several witnesses were called in, but none were able to identify him out of a lineup. The doctor pronounced him as a lunatic. It’s been suggested that he was later moved to an asylum.

With no other leads, the backyard of 29 Hanbury Street was cleaned up and the crowds dispersed. Panic was subdued, that is until the police received their most haunting clue yet.

This time, from the Whitechapel murderer himself. 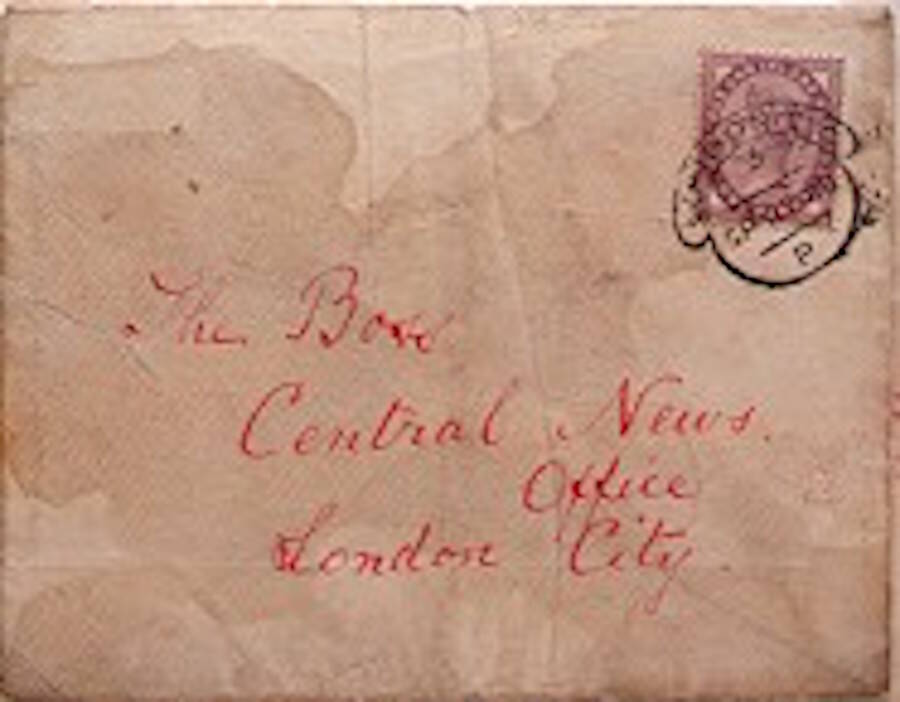 Wikimedia CommonsThe letter mailed to the London police by the Whitechapel murderer.

I keep on hearing the police have caught me but they won’t fix me just yet. I have laughed when they look so clever and talk about being on the right track. That joke about Leather Apron gave me real fits…I saved some of the proper red stuff in a ginger beer bottle over the last job to write with but it went thick like glue and I can’t use it. Red ink is fit enough I hope ha ha …” 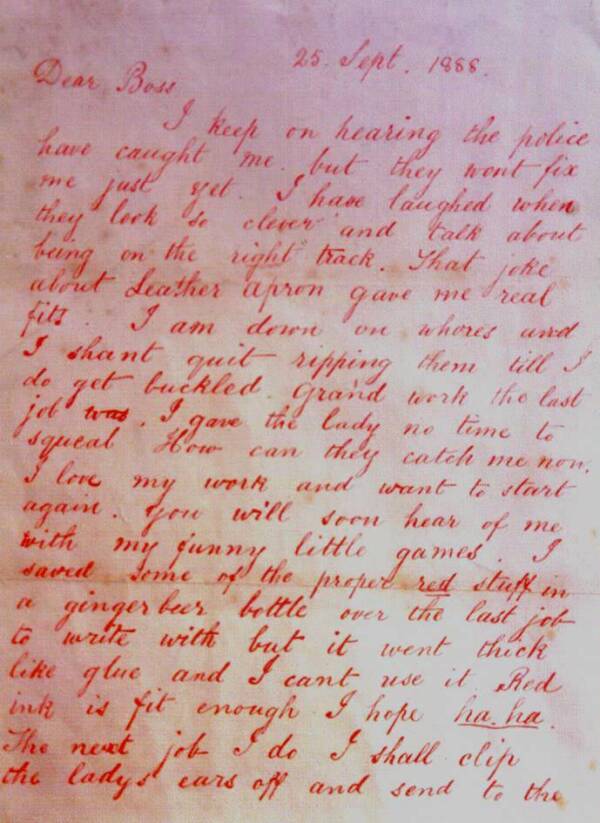 Wikimedia CommonsThe letter was addressed to “Boss” and signed by Jack the Ripper.

It was signed, “Yours truly Jack the Ripper. Don’t mind me giving the trade name.”

Although this letter can still not be proven to be authentic, its contents have provoked nightmares and curiosity for over a century now.

Annie Chapman’s last sight was the face of one of the most famous serial killers in human history. But today, the rest of us are left to wonder: Who even was he?

Now that you know the tragic and mysterious story about Annie Chapman’s murder, learn more about the top five Jack the Ripper suspects. Then read this theory about Jack the Ripper and serial killer H.H. Holmes being the same person.