Meet Elizabeth Stride, The Only Victim Jack The Ripper Didn’t Mutilate — Because He Was Nearly Caught

A local man found Elizabeth Stride's body so soon after the murder that he suspected Jack the Ripper was still hiding there in the pitch-black backyard with him.

By the end of September 1888, London’s so-called Autumn of Terror had reached its peak. People inside and outside of the poverty-stricken Whitechapel neighborhood were frozen with fear, looking around every street corner for the monstrous Jack the Ripper. 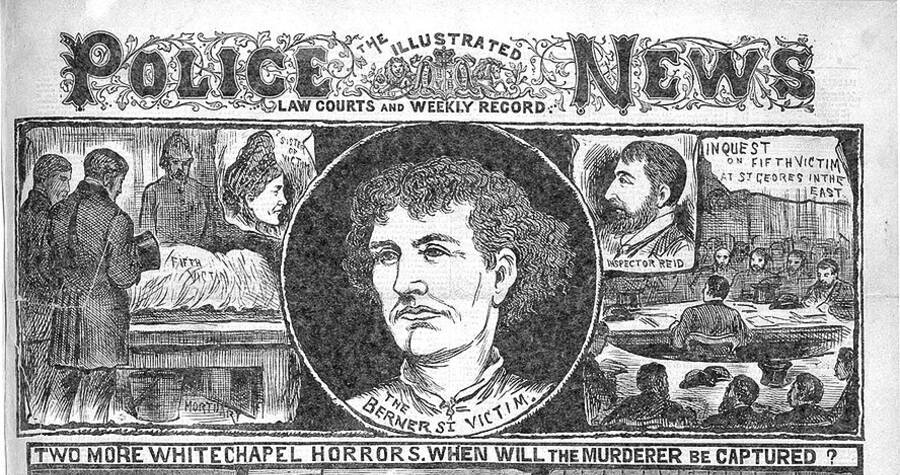 Illustrated Police NewsElizabeth Stride’s murder by the notorious Jack the Ripper was well-reported to the horror of Whitechapel’s citizens.

Elizabeth Stride was probably well aware of the danger lurking on the midnight streets of East London, but on that fall evening, she had nowhere else to go.

Who Was Elizabeth Stride?

Like many women who lived in Whitechapel in the late 19th century, Elizabeth Stride, also known as Long Liz, had few opportunities and even fewer funds. 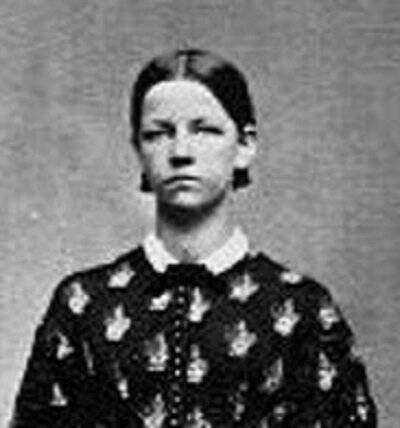 The Jack the Ripper ExperienceA photograph of Elizabeth Stride.

Born Elisabeth Gustafsdotter on a farm in Sweden, Stride worked as a domestic servant and a sex worker for many years before moving to England in 1866. A few years later, she married John Stride.

The couple eventually separated and Long Liz took her chances on the streets of Whitechapel. She was known to tell people that her husband and children died in the infamous Thames River steamship accident of 1878, but in fact, she only ever had one stillborn child before her marriage and her husband died from tuberculosis in 1884.

After her marriage ended, Stride returned to sex work. During this time, she lived in various men’s apartments and lodging houses.

One of these lodging houses was located at 32 Flower and Dean Street, though it was not quite as inviting as the name makes it seem. Unhygienic and unsightly, this is where Stride was staying on Sept. 30, 1888 — her very last day.

The Rushed Murder Of Elizabeth Stride

At 7:30 that night, Elizabeth Stride was spotted at the house on Flower and Dean Street dressed for a night out. She left the lodging house, likely hoping to earn a few pounds on the dimly lit streets of London. 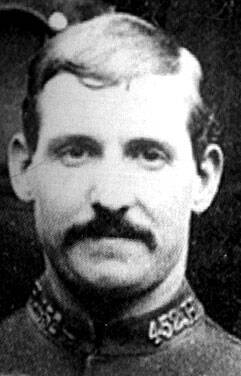 Later in the evening, a man named J. Best spotted Stride on the sidewalk with a short man whom he described as sporting a dark mustache and wearing a “billycock hat, mourning suit, and coat.” Best later said, “He was hugging and kissing her, and as he seemed a respectably dressed man, we were rather astonished at the way he was going on at the woman.”

Seeing the couple carrying on, Best light-heartedly called out, “Watch out, that’s Leather Apron getting round you.” He was referring to a previous suspect that had been investigated for the Whitechapel murders, a suspect that had even been referenced in the letter written by Jack the Ripper himself only days before.

Because of this heckling, Stride and the man took off down the street looking for somewhere a bit more private.

They didn’t get far, though. Not long after, a man named William Marshall also saw Stride kissing a man outside of Berner Street. Marshall later reported that he heard the man say, “You would say anything but your prayers.”

Police Constable William Smith saw the couple while on his nightly rounds as well. He noticed the man was carrying a newspaper-wrapped parcel, approximately six inches high and 18 inches long. Nothing else seemed out of the ordinary, though, so the constable continued on his way. 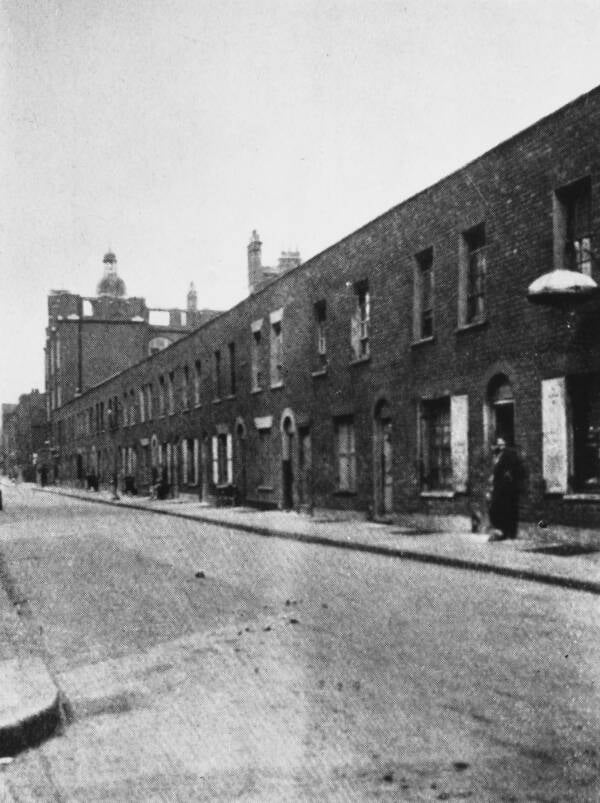 Israel Schwartz was the last to see her after midnight.

As he later reported, he saw a man stop and speak to Stride, who he then could not identify, on Berner Street during his midnight stroll through Whitechapel. After a short interaction, the man pulled the woman into the street, turned her around, and threw her onto the sidewalk.

Schwartz heard the woman scream three times, but when he saw a second man lighting a cigarette next to the scuffle, he quickly ran away, in fear of trouble.

Schwartz described the first man as approximately 30 years old with dark hair and a small mustache. He said the man was dressed in an overcoat and “an old black felt hat with a wide brim.”

The next time anyone saw Stride she was dead.

The Examination Of Elizabeth Stride’s Body 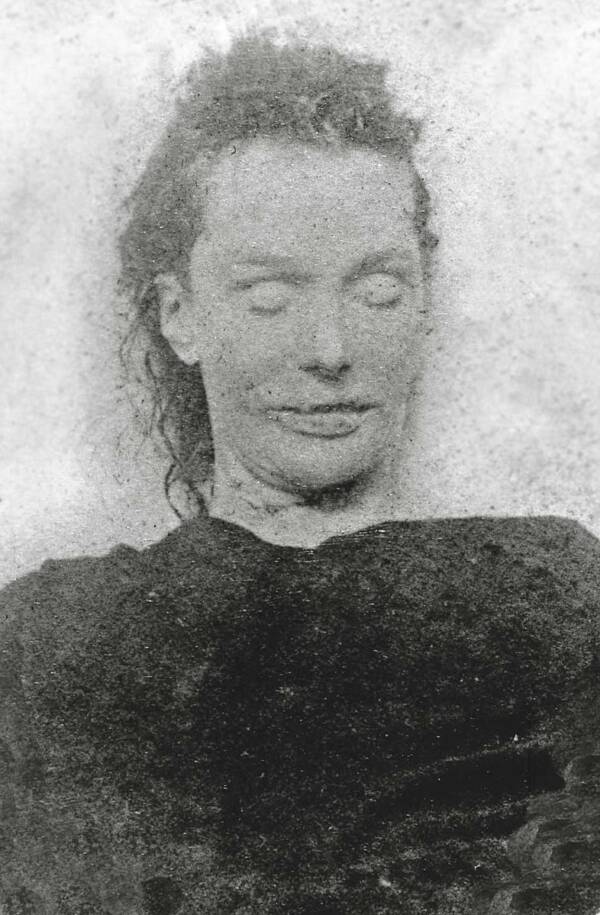 Wikimedia CommonsA photograph of Elizabeth Stride, taken in the mortuary after her death.

At around one in the morning, Louis Diemschutz entered Berner Street driving his cart and pony. At the entrance of Dutfield’s Yard, his horse stopped in its tracks, refusing to move any further into the yard. Diemschutz went to investigate, lighting a match in order to see in the dark.

He was only able to see a flash of Stride’s still and bloody body before the wind extinguished his flame.

Shaking with fear, he ran into the nearby International Working Men’s Educational Club to call for help, telling the men there, “There’s a woman lying in the yard, but I cannot say whether she is drunk or dead.” He and some of the men from the club ran back into the alleyway, but it was already too late.

When Elizabeth Stride was found, her body was still warm to the touch and blood flowed from her neck. She had flowers pinned to her jacket — which had not been there when she left her lodging house. She was holding a box of sweets and a handful of grapes.

As he reported: “Deceased had a silk handkerchief round her neck, and it appeared to be slightly torn. I have since ascertained it was cut. This corresponded with the right angle of the jaw. The throat was deeply gashed and there was an abrasion of the skin about one and a half inches in diameter, apparently stained with blood, under her right arm.”

Dr. Frederick Blackwell was also on the scene. He noticed that the cut to the neck had “nearly severed the vessels on the left side and cut the windpipe completely in two…Blood was running down in the gutter into the drain.”

This incision was so deep, in fact, that Stride’s head was barely still attached to her body. She had been nearly decapitated.

The Night Is Not Yet Over 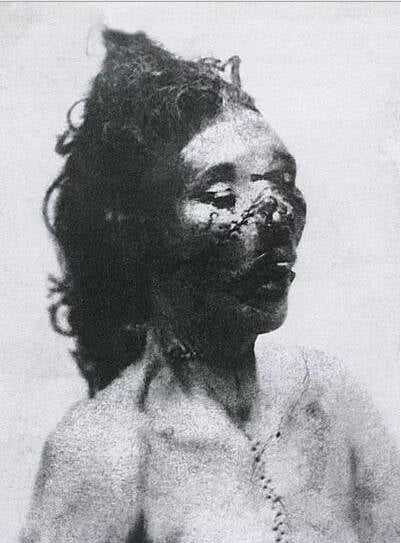 Wikimedia CommonsThe mortuary photograph of Catherine Eddowes, the second woman killed by Jack the Ripper on the night of September 30.

Because of the lack of mutilation performed on Stride’s body, the police were unsure as to whether or not this case was connected to the infamous Whitechapel Murderer, later known as Jack the Ripper. That is, of course, until a second body was found during the early hours of that September morning. This time it was mutilated.

Catherine Eddowes was found only 45 minutes after Stride, cut to pieces a short walk away in Mitre Square. Her murder had many of the same features as that of Annie Chapman, making it easy to connect her to the Whitechapel murderer.

Because of how close Eddowes was found to Elizabeth Stride, and because of the rushed nature of Stride’s murder, police believed that Whitechapel’s night stalker was interrupted during his first murder and forced to flee the scene thus finishing his work somewhere on someone else.

In support of this theory, Louis Diemschutz later claimed that the murderer must have still been in the pitch-black yard when he entered it — owing to the warmth of Stride’s body and the odd behavior of his horse. He theorizes that when he ran to the nearby club for help, the killer must have escaped scot-free into the night.

This means that, somehow, Jack the Ripper managed to run away from Stride’s body undetected only to lure a second woman into a secluded area to do his deed — this time already splattered with another woman’s blood.

Jack the Ripper Claims His Kill 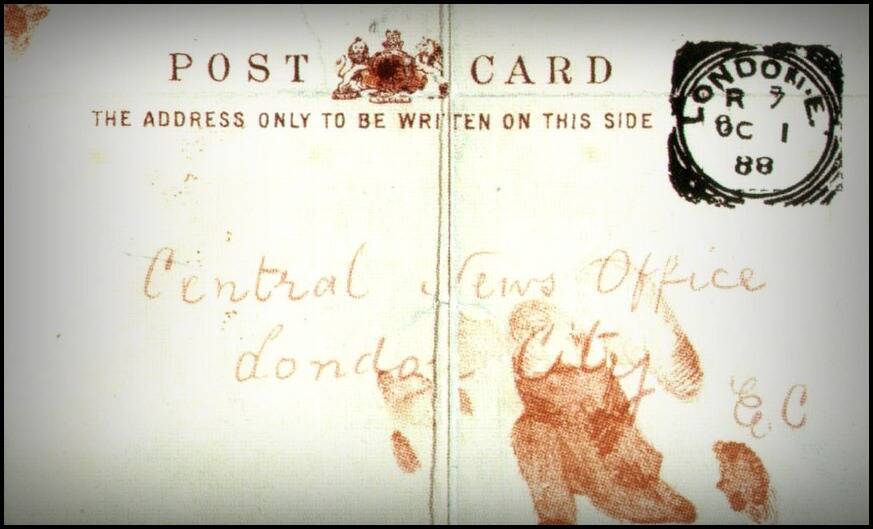 Wikimedia CommonsJack the Ripper’s alleged second letter, smeared with the blood of his victims.

After these two murders, the London authorities received yet another letter written in red ink, allegedly signed by Jack the Ripper himself. This one read:

“I was not codding, dear old Boss, when I gave you the tip. You’ll hear about saucy Jacky’s work tomorrow. Double event this time. Number one squealed a bit. Couldn’t finish straight off. Had not time to get ears for police. Thanks for keeping last letter back till I got to work again.

Unlike his first postage, this letter was smeared with blood. Whether the author of this note was really Jack the Ripper, however, remains unknown. 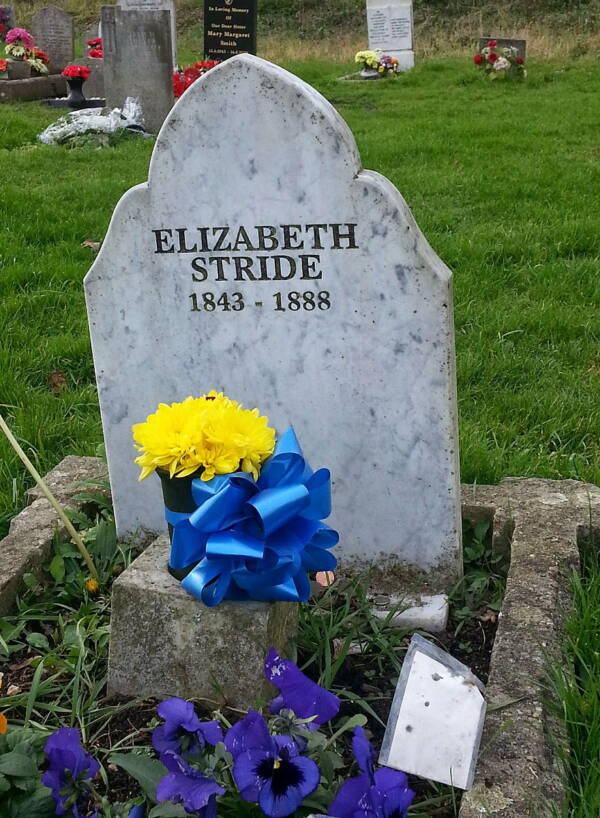 After September 30, there would be one more murder attributed to the Whitechapel murderer, but he may have been responsible for a slew more.

Now that you know about Jack the Ripper’s third victim, Elizabeth Stride, read about his final and most gruesome murder victim, Mary Jane Kelly. Then learn more about James Maybrick, whose diary may have revealed his secret life as Jack the Ripper.