Under the guise of tradition, child brides around the world face a life of poverty, mistreatment and stolen opportunities.

Girls in many developing nations have their childhoods cut short when they’re forced to marry before they’ve even hit puberty–some as young as five. Worldwide, almost one in five teenage girls (age 15-19) are currently married. Typically transferred to their husband’s family to pay a debt or settle a grievance, these girls are property who are often abused by their husbands. 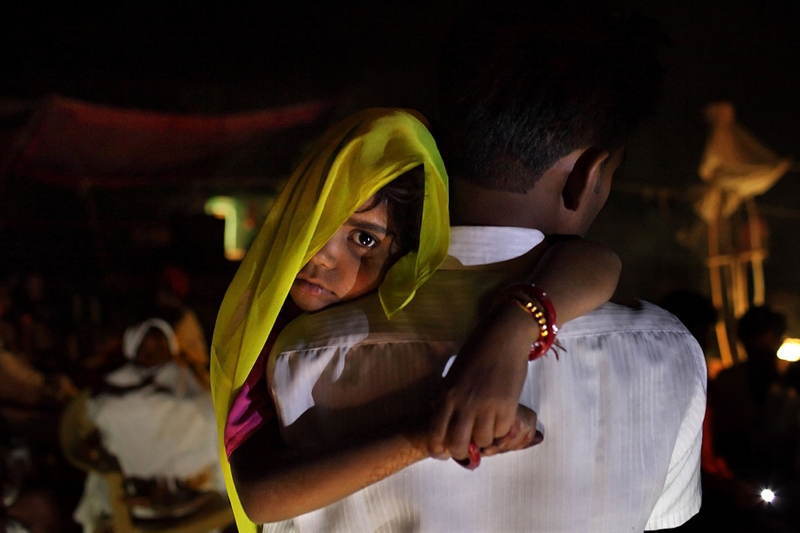 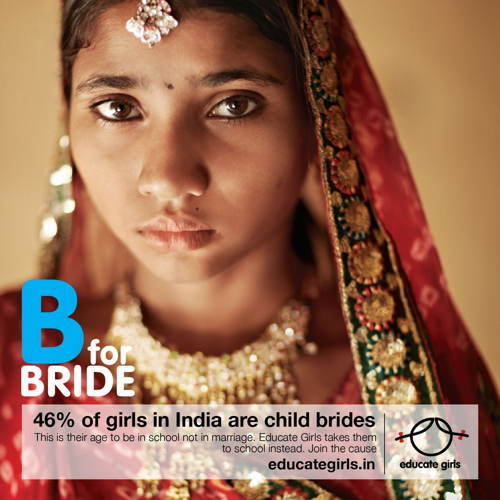 In India, 47% of girls marry before age 18. Although it doesn’t have the highest percentage of child brides in the world, it has the highest number, due to population. Source: Gender Focus 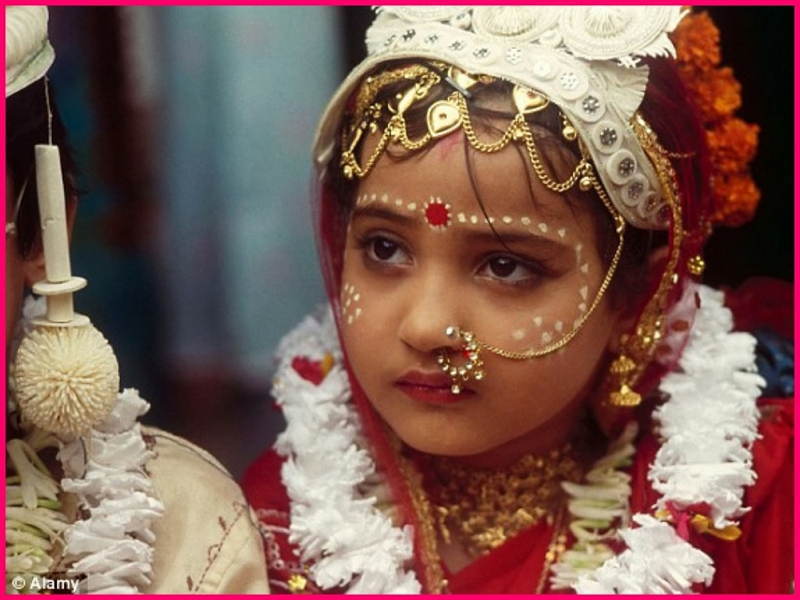 Child marriage is an economic problem as well. If only half the population has full access to school, that’s half a population that cannot develop social capital and help the economy grow. As CARE puts it, “No country has been able to reach sustained economic growth without near universal primary education.” Source: GosippMe 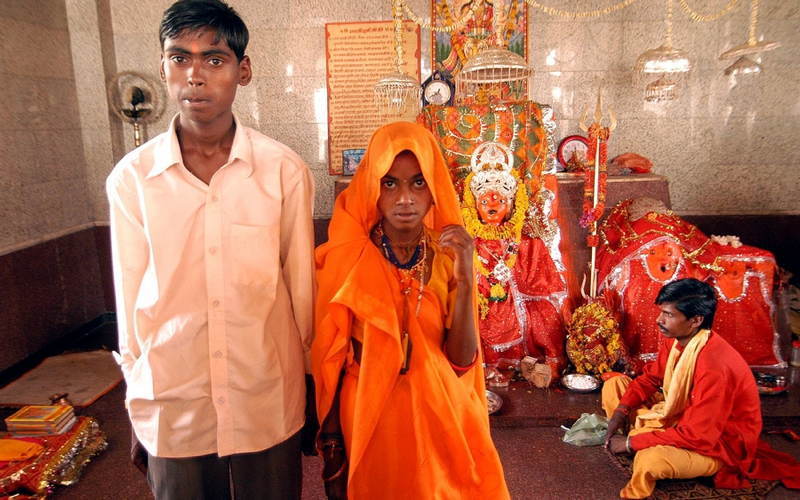 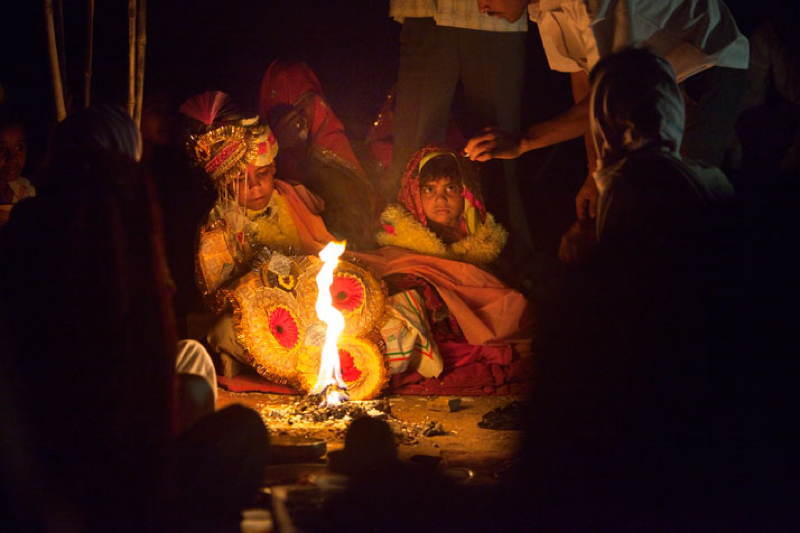 Young boys are pulled into child marriage as well, but with far less frequency as girls. 720 million women today were child brides compared to 156 million men. Rajani and her groom, pictured, will live with their parents until they are teens, when she will move in with his family. Source: National Geographic 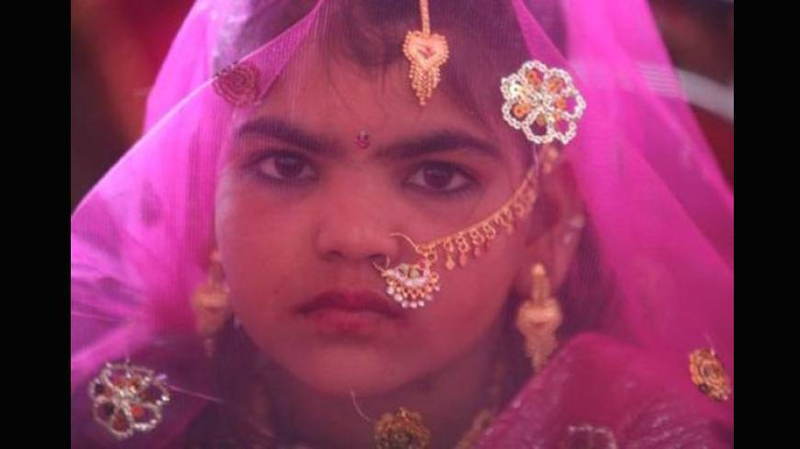 Bangladesh has the highest rate of child marriage in the world, even though they’ve outlawed the practice. Only 29.3% of women in Bangladesh are literate. If they’re allowed to leave their home to work for wages, they receive low pay for manual labor. Source: Dhaka Tribune 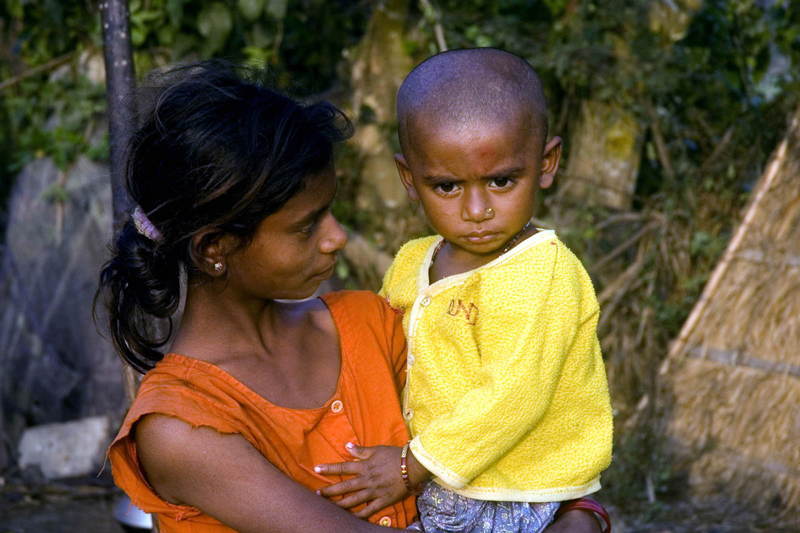 The United Nations Convention on the Rights of the Child considers anyone under eighteen to be a child. The UN’s Universal Declaration of Human Rights bans forced marriage. The confusing part is that it doesn’t say at what age a child can consent, though it calls marriage a right of “men and women of full age.” Source: UCA News 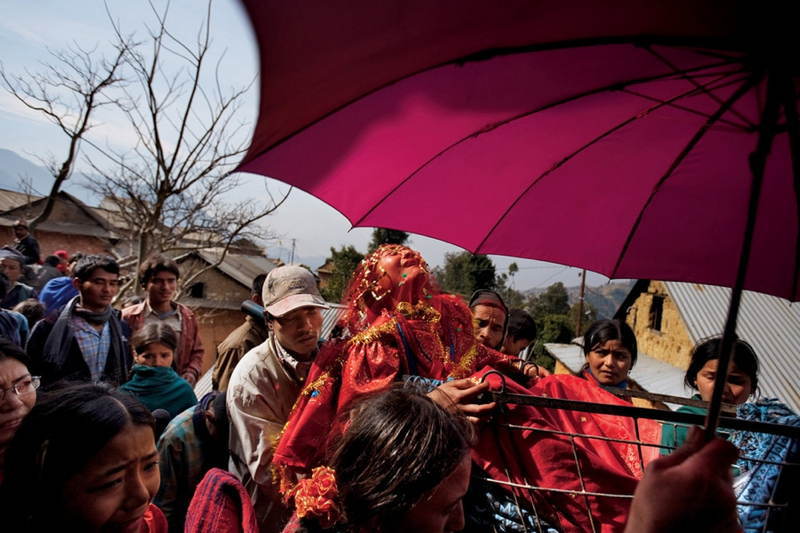 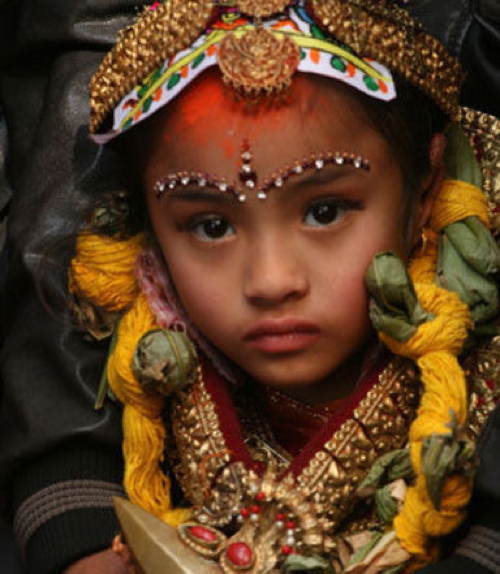 From photographer Stephanie Sinclair: "’Whenever I saw him, I hid. I hated to see him,’ Tahani (in pink) recalls of the early days of her marriage to Majed, when she was 6 and he was 25. The young wife posed for this portrait with former classmate Ghada, also a child bride, outside their mountain home in Hajjah, Yemen.” Source: Blogspot 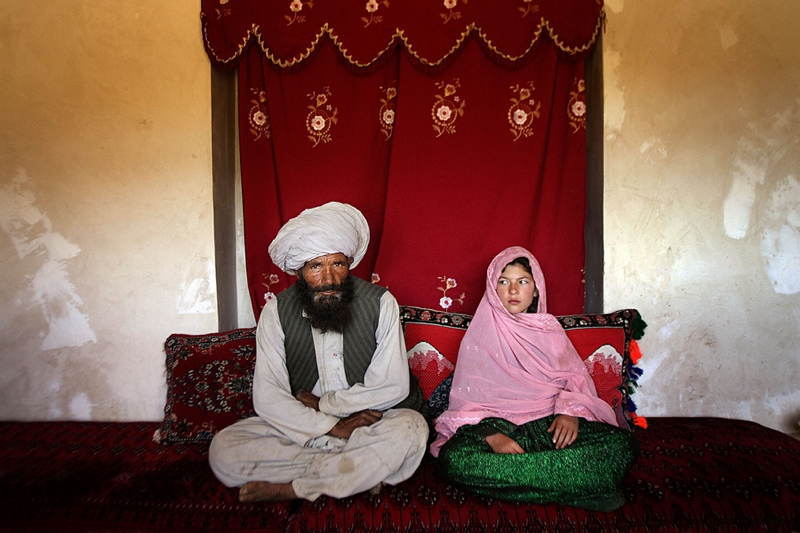 In 2010, the Afghan Ministry of Public Health found that 47% of deaths of women aged 20 to 24 were pregnancy-related. One Afghan woman dies from pregnancy complications every two hours. Source: Too Young To Wed 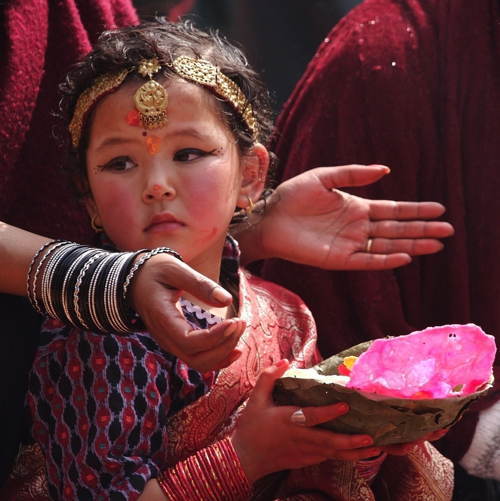 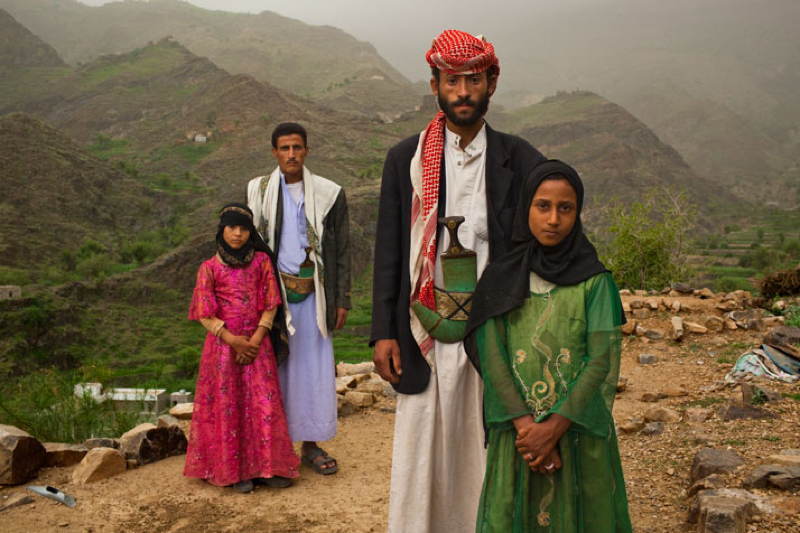 Yemen: When he was fifty, Muhammad, the founder of Islam, married Aisha, his third wife of an eventual stable of thirteen. Historians who have studied traditional Islamic texts disagree on her exact age. One camp argues that she was six at their marriage and nine at its consummation. Another contends that she was ten at their marriage and fifteen at the consummation. Regardless, Aisha was a child bride, which some Muslims believe justifies the practice of child marriage. Source: National Geographic 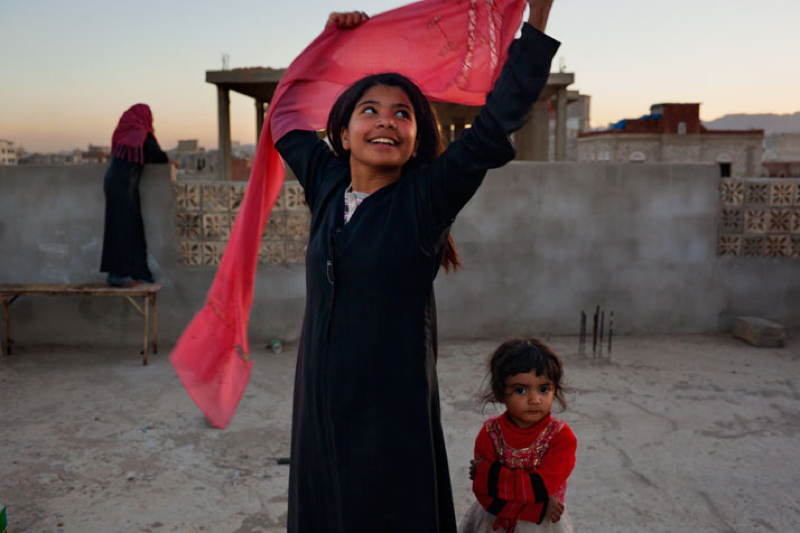 At age nine, Nujood Ali married a man in his thirties. After months of beatings and rapes, she’d had enough. Her father’s second wife quietly gave her money for a cab and directions to the courthouse. Ali walked in and declared that she wanted a divorce. The court was stunned. A female lawyer took her case and at age ten, she won. Her memoir, “I Am Nujood, Age 10 and Divorced,” garnered international acclaim. In 2013, it was reported that her father was planning her younger sister’s wedding. Source: National Geographic 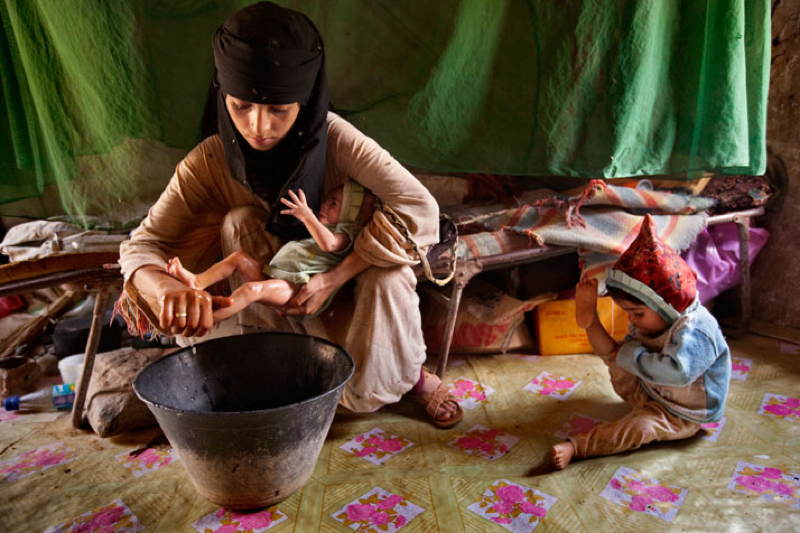 Save the Children and other nonprofits have found that because child brides have little power in their marriages and not much education, they can’t control the number and spacing between their children, making their chances of health problems much higher. Source: National Geographic 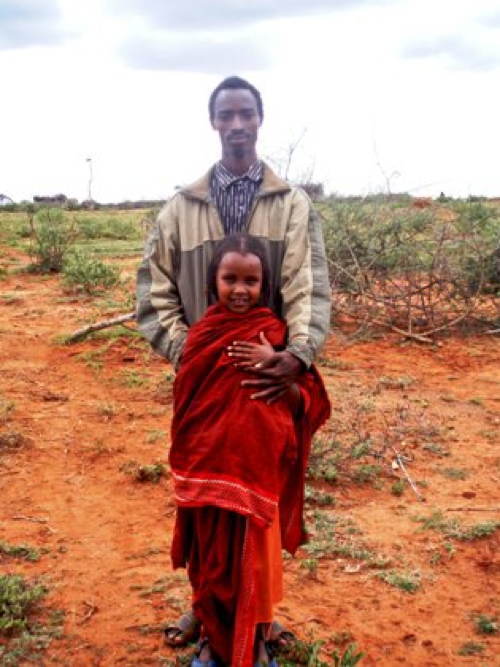 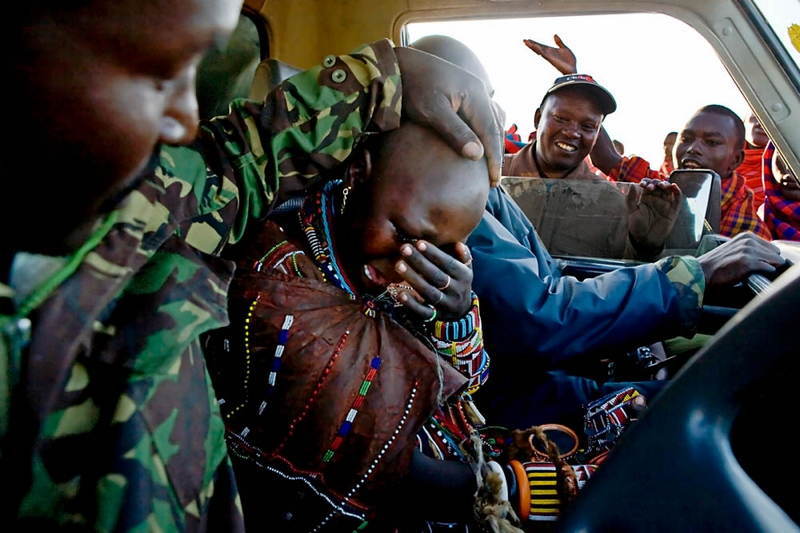 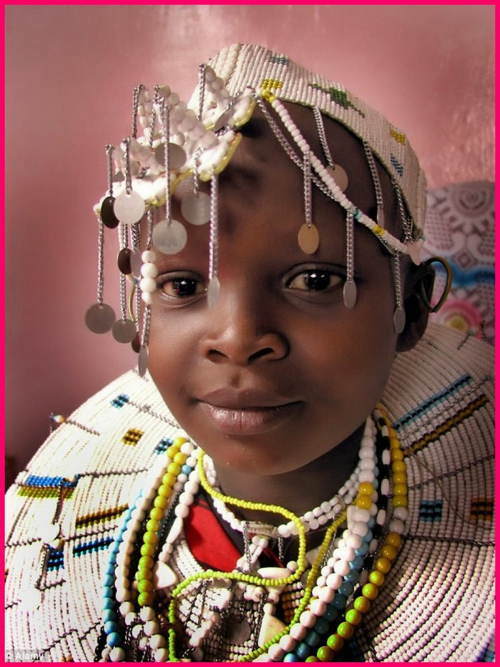 Tanzania has a practice called Nyumba ntobu in which a rich older woman essentially buys a young girl to be her wife. The woman chooses a man to impregnate the girl, who then becomes a baby machine. All children belong to the older woman. Source: Gosipp Me 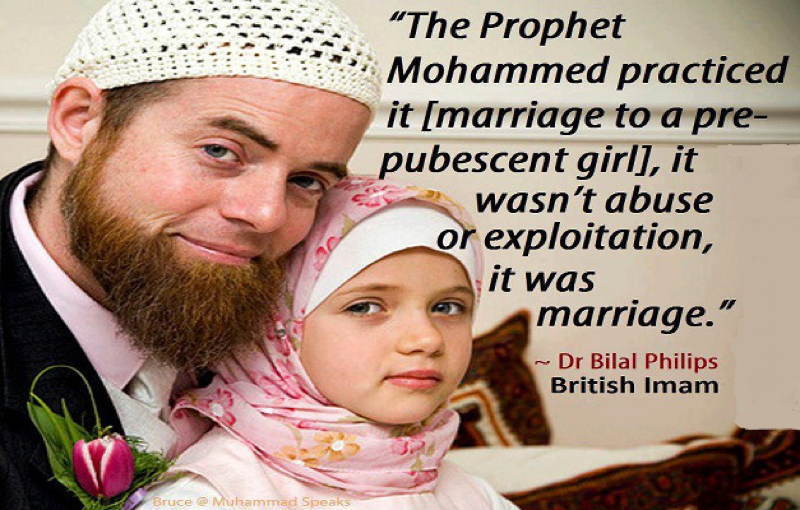 United Kingdom: The Forced Marriage Act, which was made law in 2007 in the UK, allows a girl who is at risk of being taken to another country for a forced marriage to get an order of protection against her parents. Source: Wordpress 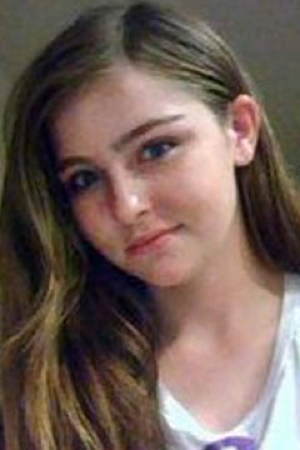 United States: Jesse Bender, a thirteen-year-old girl from Hesperia, California, ran away from home in February, 2011, prompting a nationwide FBI search. Turns out, she was hiding at her uncle’s house because her mother had planned to take her to Pakistan, where Jesse’s stepfather is from, to marry her off. Source: Act For America Omaha

Child brides have a high incidence of fistulas, or tears in the vaginal wall that cause incontinence. They’re more likely to lose their virginity to rape, compared to women that marry after age eighteen. They have a 41% higher risk of mental illness like depression, anxiety, and bipolar disorder.

They’re five times more likely to die in childbirth than a woman in her twenties, plus their infants’ mortality rate is higher. Despite being prohibited in some countries, the weddings continue, especially in rural villages. It’s prevalent in Southeast Asia, the Middle East, and in mostly sub-Saharan Africa. And no, the West isn't immune to it, either.

In this candid video, an eleven-year-old Yemeni girl who ran away to avoid marriage speaks about her decision: