How did Henderson Island become a hub for 18 tons of plastic? 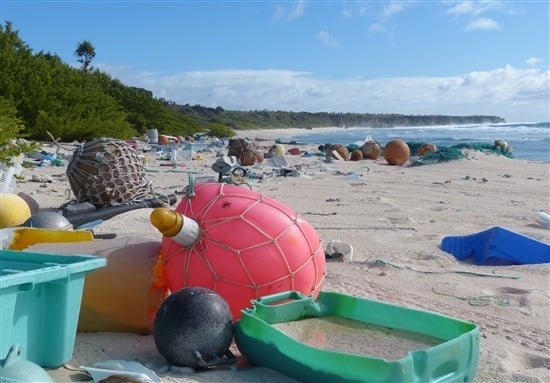 When researchers arrived on the shores of Henderson Island, a tiny and uninhabited piece of land in the middle of the Pacific, they were shocked at what they saw.

It is the highest density of trash ever recorded anywhere in the world, researchers reported Tuesday in Proceedings of the National Academy of Sciences.

This is particularly alarming due to the island’s remoteness and its ecological importance. A UNESCO world heritage site, it is located halfway between New Zealand and Chile.

The world’s last well-preserved limestone island, Henderson is home to 55 species found nowhere else on earth and its beaches serve as crucial nesting habitats for endangered sea turtles, according to the Henderson Island Restoration Program.

Seven researchers stayed on Henderson for over three months collecting the trash — which they found to weigh about 17.6 tons. 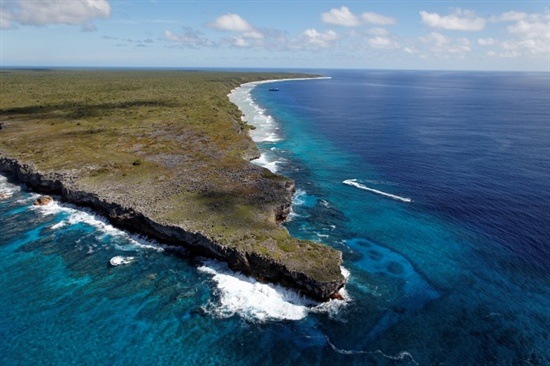 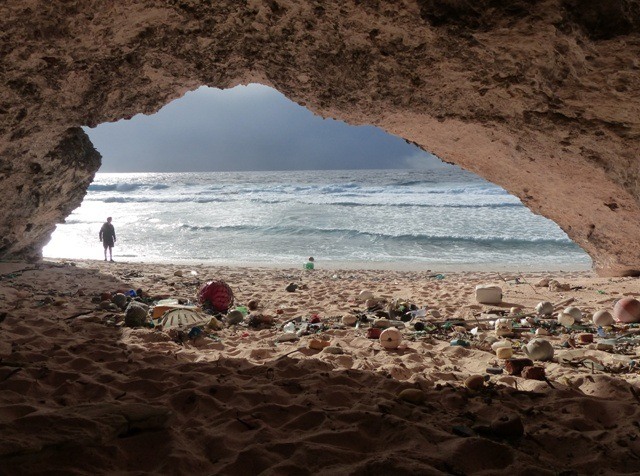 The island is situated at the edge of the South Pacific gyre, where ocean currents meet in a vortex that captures floating trash, carrying some of it from as far away as Scotland.

During their study, the team from Australia’s University of Tasmania found a sea turtle who had died after getting tangled in a fishing net and a crab who was using an empty makeup container as a shell.

By clearing one stretch of beach and tracking the rate at which new pieces appeared, the report’s authors found that over 13,000 new pieces of trash — the vast majority of which was plastic — washed up every day.

“We need to drastically rethink our relationship with plastic,” Jennifer Lavers, the report’s leading author, told the Associated Press. “It’s something that’s designed to last forever, but is often only used for a few fleeting moments and then tossed away.”

Plastic bottles, toothbrushes, razors…The amount of litter on Henderson Island is threatening the lives on birds and fish that live nearby.

After seeing the plastic pollution on Henderson island, read about the World Health Organization’s report that 1.7 million kids die from pollution each year. Then, check out the level of pollution the EPA had to contend with when it was first created.