The memo also claims that other phone calls “of a strangely coincidental nature” had been received by UK residents before the tip. 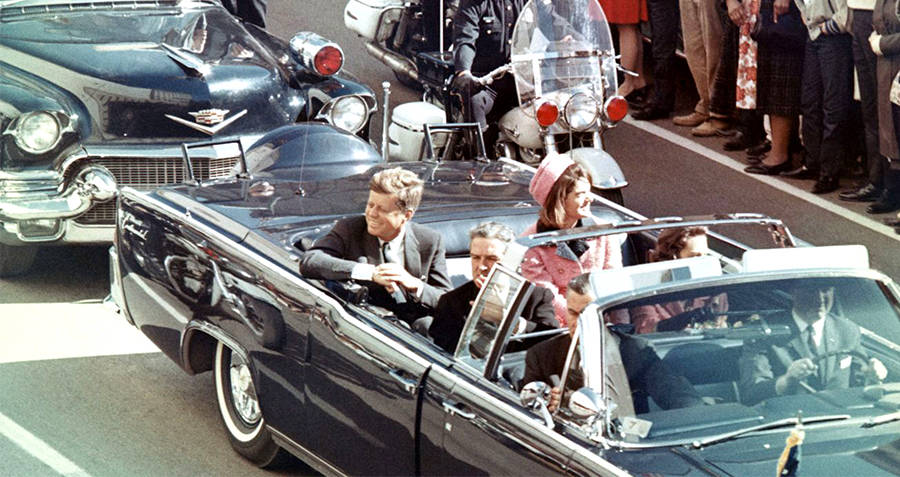 Wikimedia CommonsJFK in his convertible moments before he was shot

“The caller said only that the Cambridge News reporter should call the American Embassy in London for some big news and then hung up,” a memo regarding the call said.

The memo, dated Nov. 26, 1963, and addressed to the director of the FBI, goes on to say that the Cambridge police were informed of the call after the newspaper received word of the president’s death. The police then, allegedly, informed MI5.

The memo also claims that other phone calls “of a strangely coincidental nature” had been received by UK residents before the JFK tip, though there is no confirmation that they were related.

Since the memo was released, the Cambridge News has been trying to find out the details surrounding it, as the memo makes no mention of who took the call.

“It would have been common knowledge in the office who took the call, but we have nothing in our archive,” said reporter Anna Savva. “We have nobody here who knows the name of the person who took the call.”

Chief reporter Chris Elliott said there is no proof that the call actually happened besides the relatively vague memo.

However, in the 80s, a lawyer from London named Michael Eddowes found a document that could corroborate the phone call.

“A London solicitor, Michael Eddowes, started to investigate a document he found allegedly from the CIA,” Elliott said. “In that document, it was mentioned a call had been made to the Cambridge News warning that something big was going to happen.”

However, as Eddowes died in 1992, there is no way to confirm his investigation.

A transcript of the memo reads:

FOR: Director, Federal Bureau of Investigation

1. The following cable from the CIA Station in London was reported orally to Mr. Samuel Pepich at 0930 on 23 November:

2. The British Security Service (MI-5) has reported that at 1805 GMY on 22 November an anonymous telephone call was made in Cambridge, England, to the senior reporter of the Cambridge News. The caller said only that the Cambridge News reporter should call the American Embassy in London from some big news and then hung up.

3. After the word of the President’s death was received the reporter informed the Cambridge police of the anonymous call and the police informed MI-5. The important point is that the call was made, according to MI-5 calculations, about 25 minutes before the President was shot. The Cambridge reporter had never received a call of this kind before and MI-5 state that he is known to them as a sound and loyal person with no security record.

4. MI-5 noted that similar anonymous phone calls of a strangely coincidental nature have been received by persons in the U.K. over the past year, particularly in connection with the case of Dr. Ward.

5. The British Security Service stated its desire to assist in every possible way on any follow-up investigations required with the United Kingdom.

Next, check out these haunting photos of JFK’s assassination. Then, take a look at these photos of JFK like you’ve never seen him before.