Listen To The Earliest Known Recording Of JFK, Uncovered By Harvard After 80 Years

John F Kennedy was just a 20-year-old Harvard sophomore when he was recorded on a recently uncovered tape from 1937. 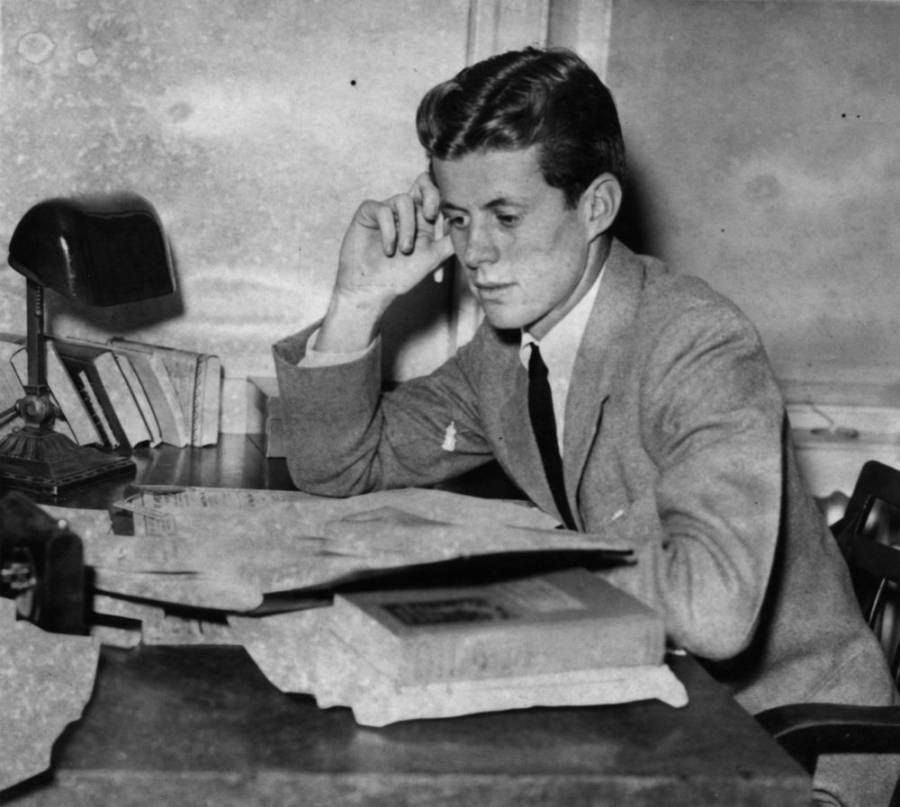 In 1937, John F. Kennedy was simply a 20-year-old in a public speaking course at Harvard.

In class, as the future president spoke about Franklin Roosevelt’s controversial appointment of Hugo Black (a rumored Ku Klux Klan member) to the Supreme Court, his professor decided to record him.

Now, 80 years later, the recently uncovered tape has been released to the public as a part of a Harvard exhibit on the 35th president’s ties to the university.

Though the nearly two-minute audio is clouded by crackles and static, you’ll still recognize the heavy Boston accent as well as the “uh” and “ehrm”-filled speech pattern that the president would retain throughout his career.

You’ll also hear his characteristic confidence and the passion for politics evidenced by his topic choice (other students chose to discuss things like book collecting and bread recipes).

“When Mr. Black received notice of his appointment to the Supreme Court, in a few days he went down and in secrecy took an oath of office,” Kennedy says on the tape. “Then he went to Europe.”

Always tactful, Kennedy wasn’t too hard on the administration (which would appoint his father to the position of ambassador to Europe one year later).

“Maybe he was just in a hurry to get to Europe,” Kennedy reasons, referring to Black.

Though Kennedy starts off strong, listeners might be surprised about 25 seconds in, when they hear one of our country’s greatest orators start to stumble — losing steam and making his way haltingly through the rest of the tape.

Kennedy would eventually get a C+ in the course, which was taught by Professor Frederick Clifton Packard Jr.

Packard recorded all of his students — originally on wire recordings and then on double-sided aluminum discs by the time Kennedy came along.

After beginning this teaching tactic in the 1920’s, Packard saved boxes and boxes of discs — only a fraction of which have been listened to by researchers.

As they make their way through the pile, they expect to find another Kennedy recording (students were required to take the same course again in their senior year) as well as one from his older brother, Joseph P. Kennedy Jr., who died fighting in World War II at the age of 29.

Next, read a young JFK’s thoughts on Hitler from his newly unveiled diary. Then, discover the dark side of JFK’s father, Joseph Kennedy.