An avid snowboarder and mountaineer, Marco Siffredi never returned from his final descent. 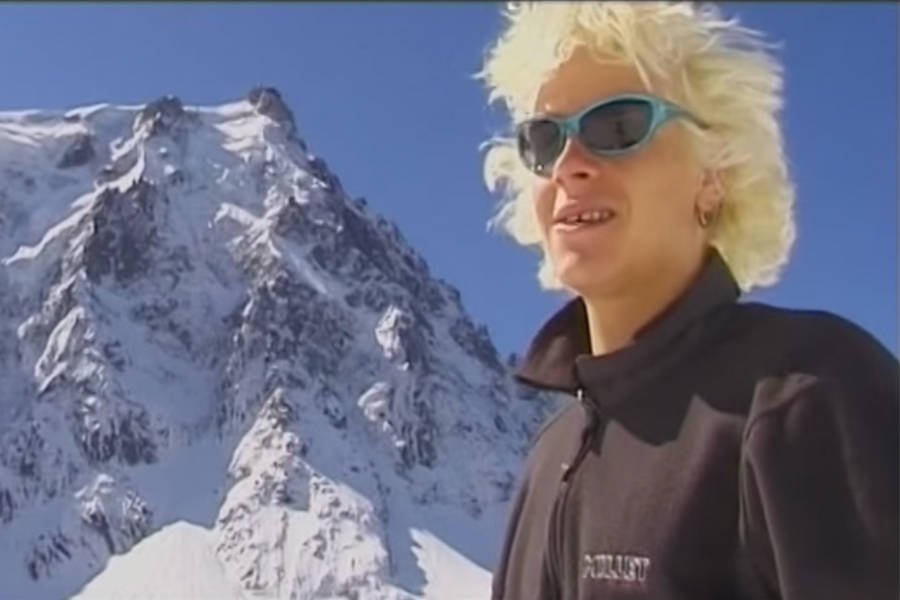 Since British explorer George Mallory attempted to climb Mount Everest for the first time in 1924 and tragically perished on its slopes, over 4,000 people have tried to follow in his footsteps. Most have been successful, but hundreds of them have followed in his ill-fated footsteps, succumbing to the incredibly harsh conditions that exist on the world’s tallest mountain.

But while approximately 290 people have died either ascending or descending Mount Everest, only one has died while descending the slopes on a snowboard. 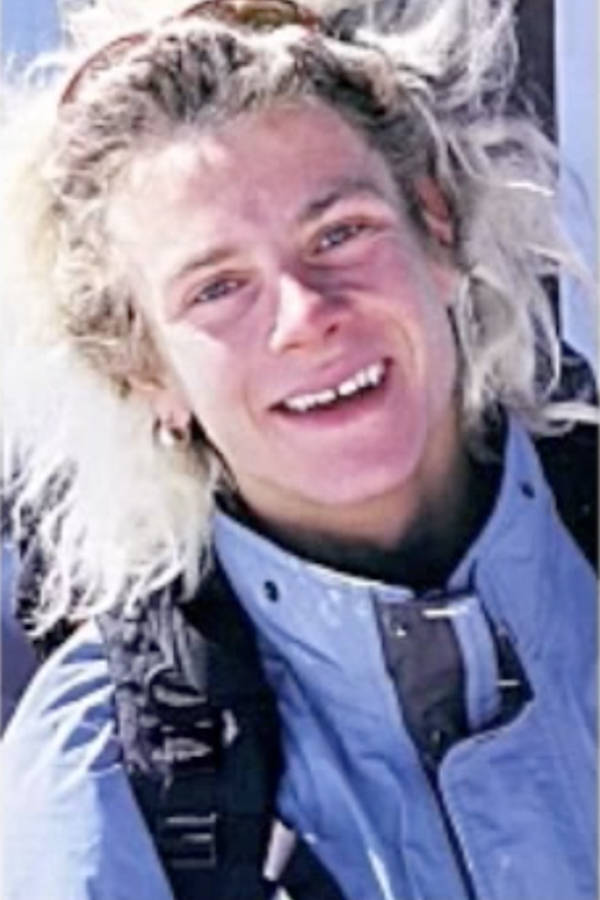 YouTubeMarco Siffredi was an avid snowboarder.

It was a clear and sunny September day on the summit of Mount Everest as Marco Siffredi reached the top, standing roughly 29,000 feet above sea level. Far above the clouds, the 23-year-old French snowboarder and accomplished mountaineer reveled in the success of his second attempt to summit the mountain.

The previous spring in May 2001, he had climbed the peak for the first time on a mission to find the “Holy Grail” of snowboarding routes – the deadly Hornbein Couloir on the mountain’s northern face. Unfortunately, he had been forced to choose a different route – the Norton Couloir – as the Hornbein didn’t have enough snow cover. Now in September of 2002, he was back to try again.

Though it was a little late in the year for climbing, Siffredi was undeterred. After all, climbing up wasn’t the goal for him; boarding down was, and in the fall the snow is usually perfect for snowboarding.

However, it was also deep. On the morning of Sept. 8, Marco Siffredi and the three sherpas accompanying him plowed through chest-deep snow to reach the summit. Though it took them 12 and a half exhausting hours – nearly three times longer than his first ascent – Siffredi was elated. The skies were clear, the sun was shining, and the snow was perfect. This is what he came for.

The Descent Down Everest 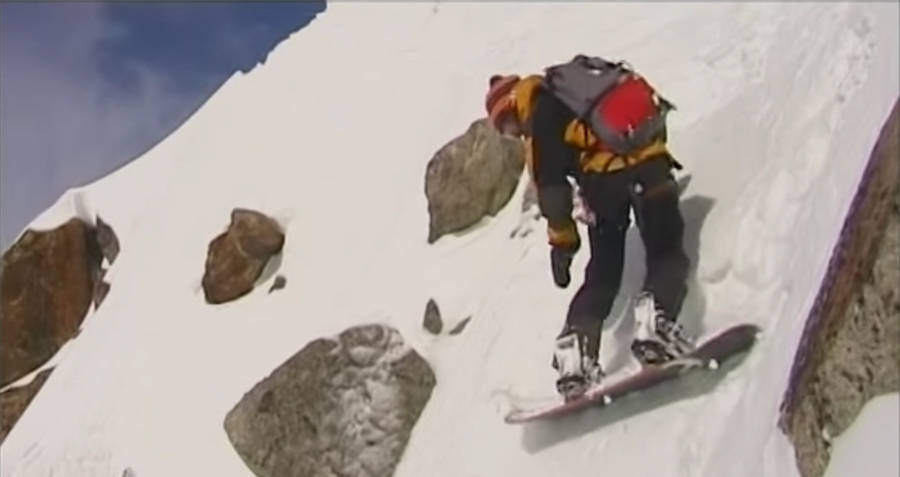 Marco Siffredi on his last descent.

However, by the time he had rested and organized himself for the descent, several hours had passed and dark clouds had begun to gather below them. The sherpas warned Siffredi that the late hour and the potential for a storm were a dangerous combination, and suggested that perhaps they make their way down the mountain, camp for the night, and return in the morning.

But Marco Siffredi was determined to descend, as he had been for the past year and a half. He was there now, after all those months, about to go. This was his chance, and he was going to take it.

Grudgingly the sherpas watched him go, gliding down the mountain to their left, and eventually disappearing into the clouds and down the Hornbein Couloir.

As Siffredi disappeared down the slopes, the sherpas hurried to get back down to Base Camp, anxious to beat the storm. After descending roughly 4,000 feet in the opposite direction that Siffredi had gone, they broke through cloud cover, and were able to see the mountain paths below them.

To their surprise, a lone figure was perched on the slopes about 1,000 feet below them. They saw him stand up and slide silently down the mountain. The Sherpas maintain that they were 100 percent certain no one else was on the mountain with them, but all three are confident they saw the man snowboarding down.

When they arrived at the place they’d seen him, the snow was smooth. There were no tracks. Instantly the sherpas feared the worst that the man they’d seen had been an apparition, and that Siffredi was dead.

As they reached base camp, their fears were confirmed. Siffredi had not returned from his snowboarding trip and his body hadn’t been seen.

The Theories Of What Happened 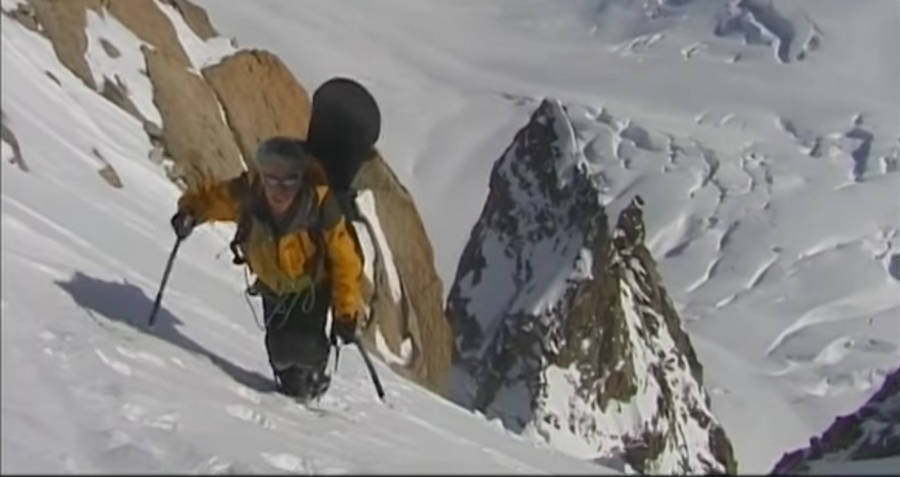 YouTubeMarco Siffredi climbing with his snowboard.

As most people that disappear on Everest are never seen again, the fact that Marco Siffredi’s body has never been found is hardly a shock. The rumors that surround his death, however, are a little more alarming.

Most Everest experts believe that he likely was yet another victim of the summit’s conditions. The thin air and the low temperatures combined with the fact that he was exhausted from his over 12-hour climb could have resulted in him collapsing before he reached camp. If he did, it was likely he never got up again, or that he collapsed and tumbled into one of the mountain’s many ravines.

Other climbers have pointed out that he could have been a victim of an avalanche.

As the dark clouds signaled, a storm was brewing as Siffredi glided down the slopes. The storm could have caused an avalanche on the northern face of the couloir, sweeping him off the face and burying him at the bottom. As the mountain’s peaks are so vast and high, its entirely possible an avalanche could have gone unnoticed by the sherpas.

The oddest theory surrounding his disappearance comes from Marco Siffredi’s own sister, Shooty. Shooty firmly believes that Marco made it down the mountain smoothly, and is still alive today. She claims that he simply passed by base camp, and is living with yak herders in Tibet, exploring new peaks, and scaling yet-undiscovered parts of the Tibetan mountain ranges.

After learning about Marco Siffredi, the daredevil who died trying to snowboard down Mount Everest, check out the stories behind the nearly 200 dead bodies that dot Mount Everest‘s slopes. Then, read about Beck Weathers, who miraculously survived being left for dead on the deadly mountainside.