Neil DeGrasse Tyson Suggested We Live In The Matrix, But A New Study Says Otherwise

According to some of the world's greatest minds, human existence could be nothing more than a Matrix-like simulation run by a form of higher intelligence. 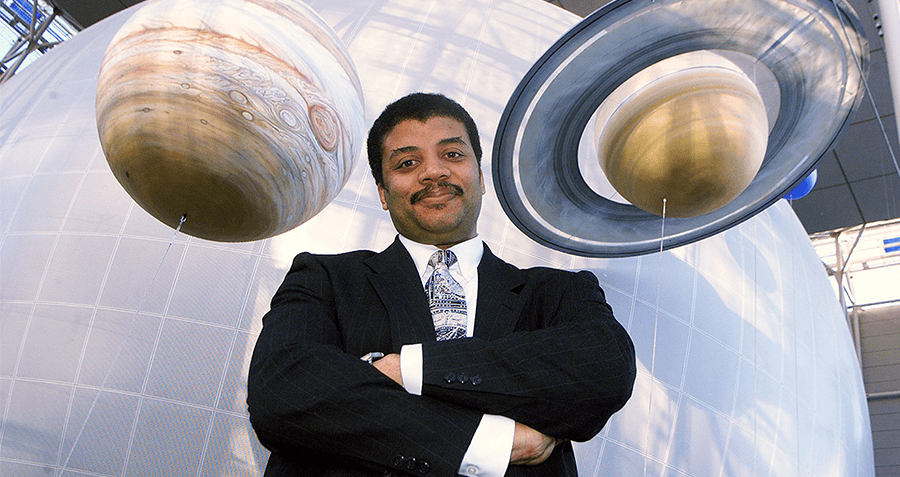 Getty ImagesNeil deGrasse Tyson, director of the Hayden Planetarium at the American Museum of Natural History.

It sounds like the plot of a Twilight Zone episode. One moment you’re living your life, thinking you’re in charge, and the next moment the camera pans back and reveals you’re actually just a player in a game being controlled by an extra-terrestrial teenager.

If you think it sounds far-fetched– you’re probably right. A recent study has just come out in which researchers claim that there is mathematical proof that our reality is just that– reality.

The researchers came across their findings while trying to create a simulation of their own. During their attempts, they came across a mathematical block, that eventually led them to conclude that there was simply not enough memory storage available in the universe today to create such a complex simulation.

The idea to perform this experiment struck the two physicists years ago. However, the theory their research was based on first came to light publicly last year when it was discussed at the at the annual Isaac Asimov Memorial Debate at the Museum of Natural History.

During the debate, moderator Neil deGrasse Tyson, director of the museum’s Hayden Planetarium, admitted that the possibility of us living in a Matrix-like simulation was 50-50.

“I think the likelihood may be very high,” he said. He pointed out the fact that humans and chimpanzees share 98 percent of their DNA, yet there’s a massive intelligence gap. That could mean that there’s something out there with intelligence that far surpasses ours.

“We would be drooling, blithering idiots in their presence,” he said. “If that’s the case, it is easy for me to imagine that everything in our lives is just a creation of some other entity for their entertainment.”

Some of the other scientists at the panel felt that the theory was plausible as well.

The theory originally stemmed from Nick Bostrum, from the University of Oxford. In 2003, Bostrum theorized that members of an advanced civilization would naturally want to learn about their ancestors, and the likely way they would do it would be to run simulations.

Tegmark suggested that the reason that so much of the universe has a basis in mathematical law is that the universe we live in is a computer simulation.

“If I were a character in a computer game, I would also discover eventually that the rules seemed completely rigid and mathematical,” said Tegmark. “That just reflects the computer code in which it was written.”

Tegmark’s theories even turned some previous skeptics into believers.

“In my research I found this very strange thing,” said James Gates, a theoretical physicist at the University of Maryland. “I was driven to error-correcting codes—they’re what make browsers work. So why were they in the equations I was studying about quarks and electrons and supersymmetry? This brought me to the stark realization that I could no longer say people like Max are crazy.”

However, some on the panel were quick to point out that the theory was beginning to stray from its scientific roots. Even Tyson pointed out that the scientists could just be seeing what they want to be true.

“If you’re finding IT solutions to your problems, maybe it’s just the fad of the moment,” he said. “Kind of like if you’re a hammer, every problem looks like a nail.”

Some of the scientists outright shut it down.

“It’s just not based on well-defined probabilities,” said Lisa Randall, a theoretical physicist at Harvard University. “The argument says you’d have lots of things that want to simulate us. I actually have a problem with that. We mostly are interested in ourselves. I don’t know why this higher species would want to simulate us.”

Though most of the scientists agreed that the theory was a little out there, they did discuss its possible repercussions.

“If the simulation hypothesis is valid then we open the door to eternal life and resurrection and things that formally have been discussed in the realm of religion,” Gates said. “The reason is quite simple: If we’re programs in the computer, then as long as I have a computer that’s not damaged, I can always re-run the program.”

Tyson countered with his own disturbing question.

“What happens,” Tyson said, “if there’s a bug that crashes the entire program?”

At the end of the discussion, Tegmark left everyone with a bit of inspiration. If we really are living in a computer simulation, is it really that bad?

“My advice is to go out and do really interesting things,” he said, “so the simulators don’t shut you down.”