10 Of The World’s Most Fascinating Nude Festivals And Events

The lack of clothing is only part of these nude festivals' appeal.

From running naked at the South Pole to stripping down and playing with torches, these nude festivals and events from around the world are as outlandish as they are ubiquitous: 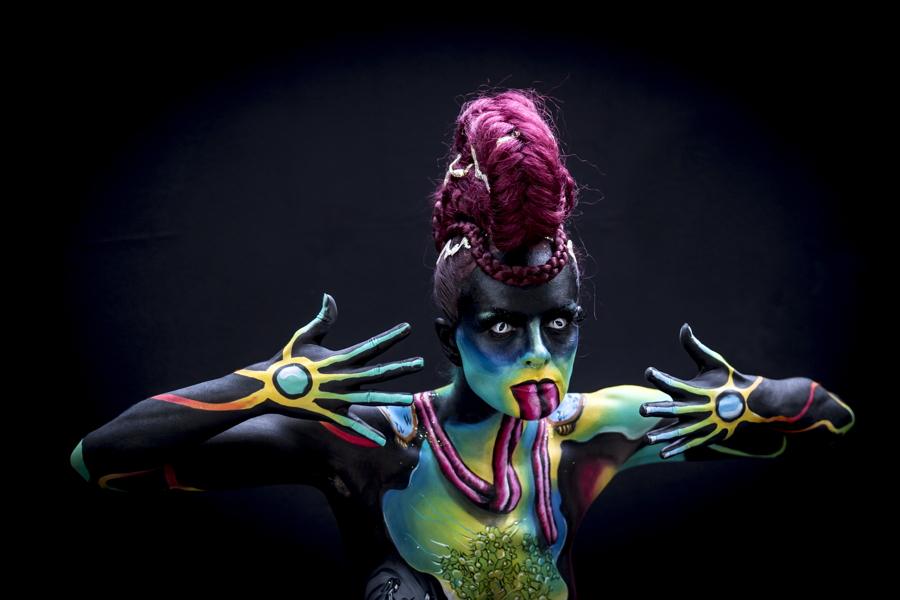 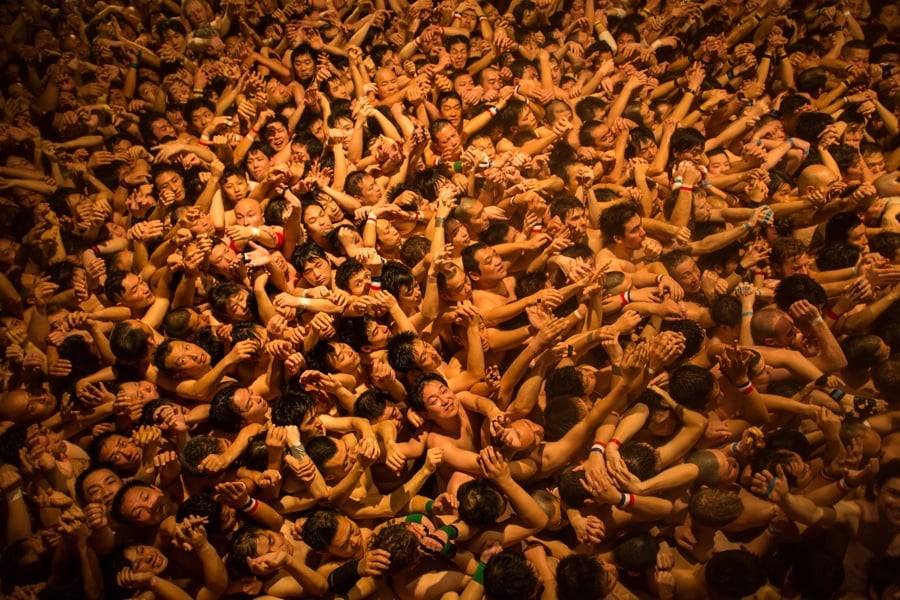 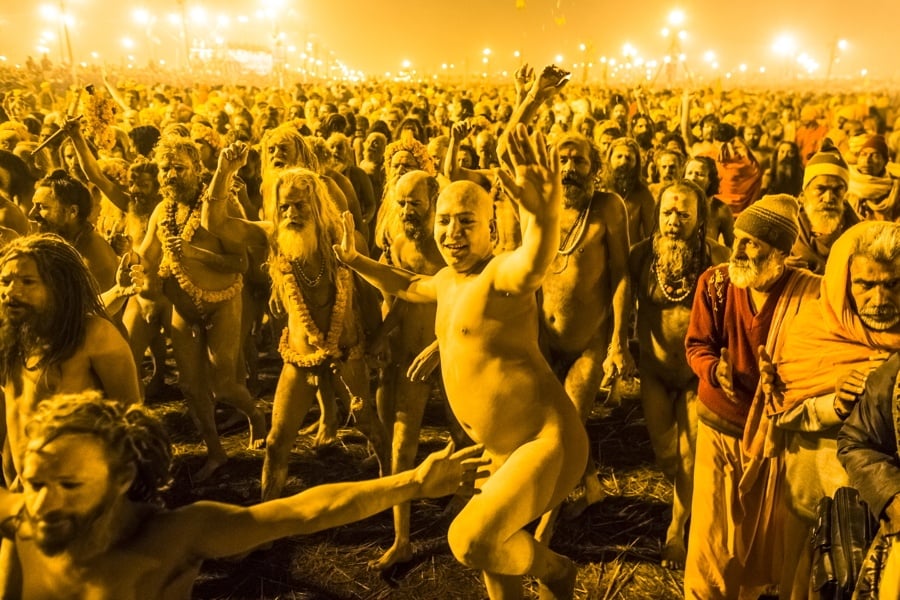 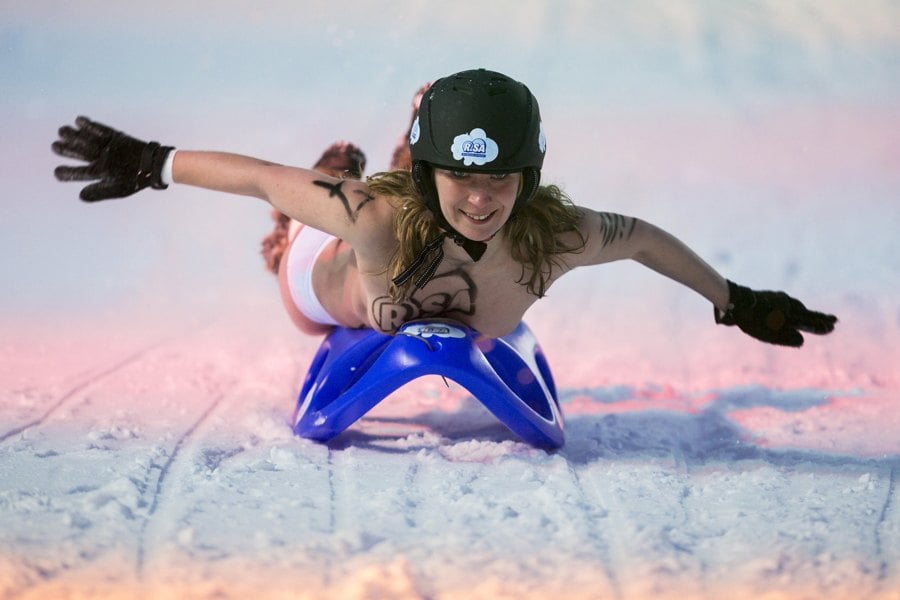 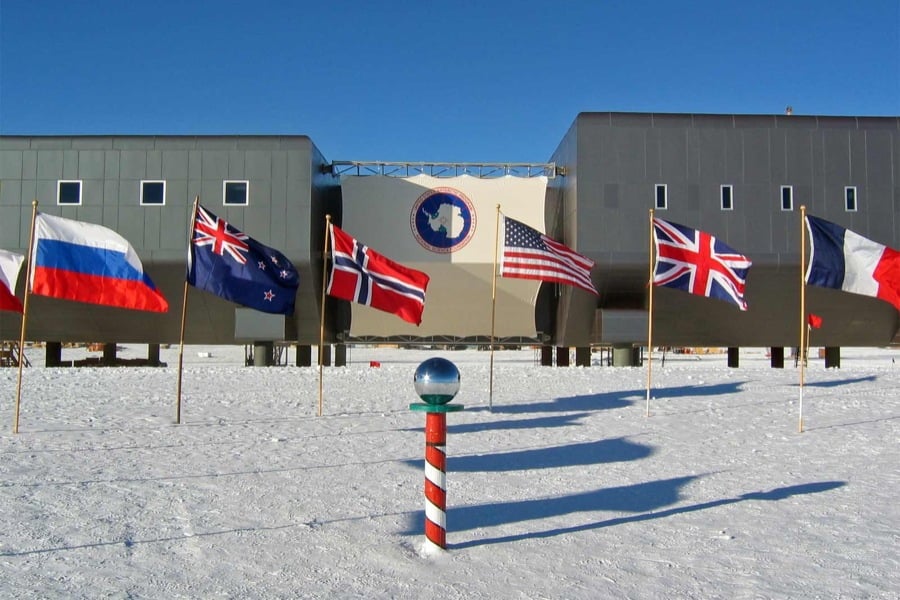 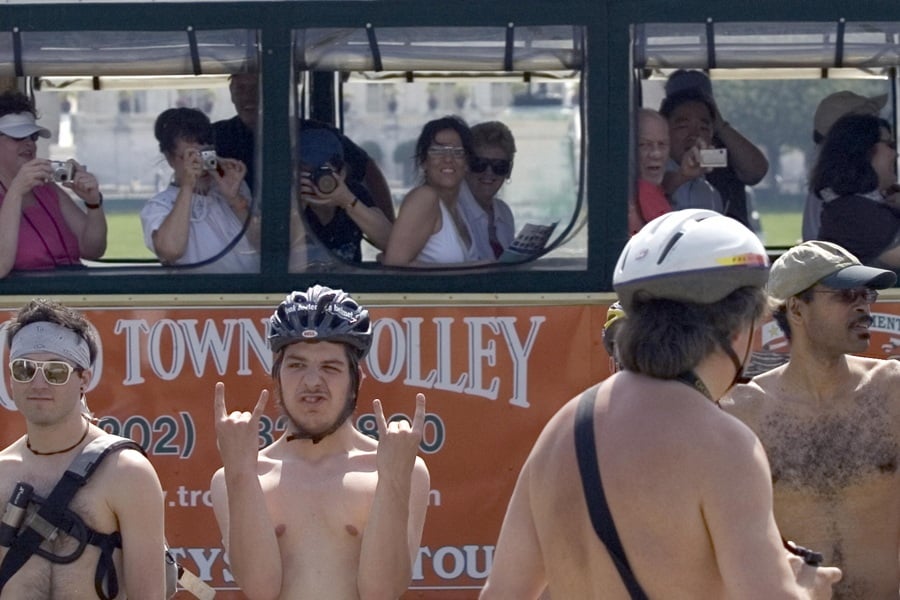 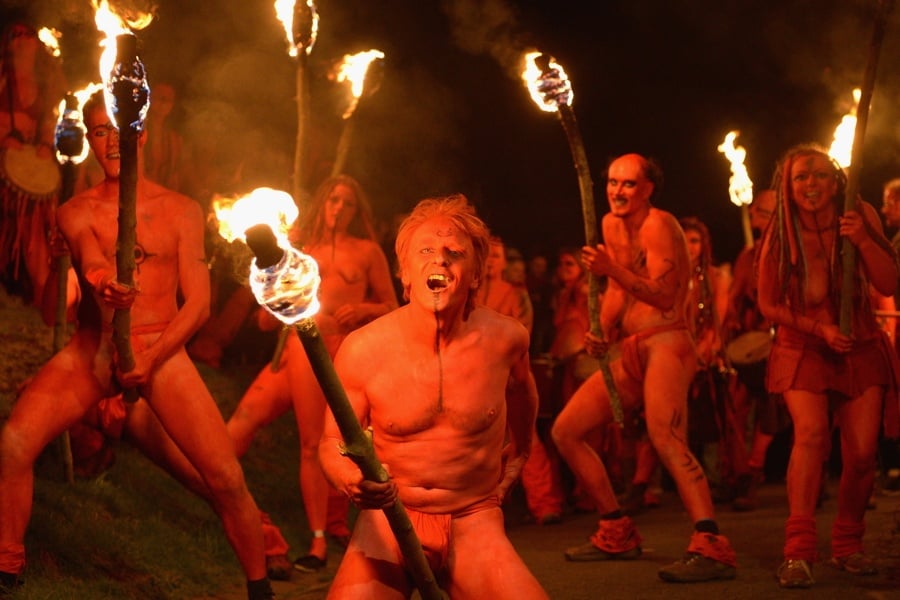 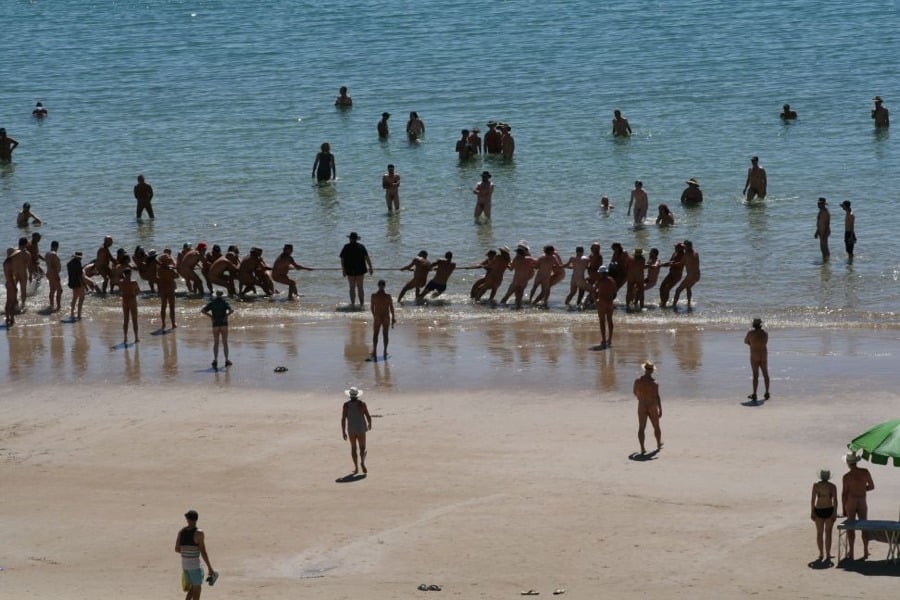 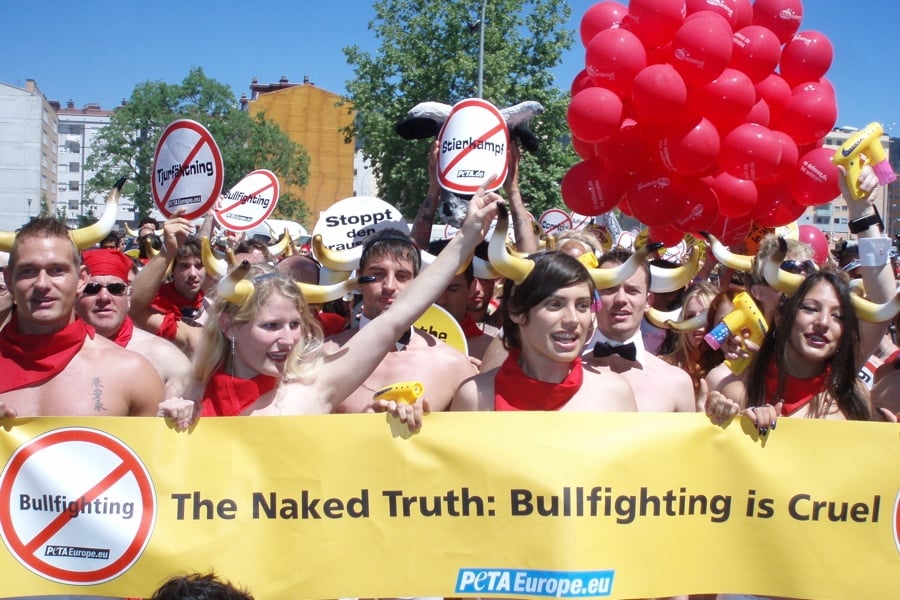 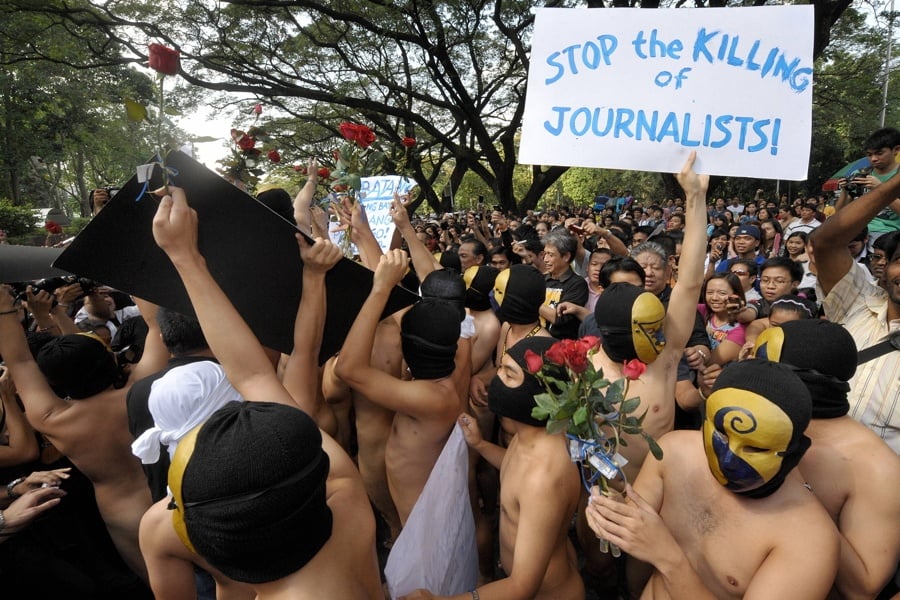 Each summer for the past two decades, artists from nearly 50 nations have come together in front of the World Bodypainting Festival's 30,000 spectators to showcase their eye-popping talent for painting on the nude human body.

In addition to an official contest that awards several of the best bodypainting creations, the event features the Body Circus, a surreal carnival of painted bodies, fire-breathers, burlesque dancers, and freaks.Jan Hetfleisch/Getty Images
2 of 11

While it's true that most of the 9,000 men who participate in this 500-year-old event do in fact wear a loin cloth, Japan's Hadaka Matsuri ("Naked Festival") certainly retains its weirdness factor by cramming those 9,000 men into one temple.

Once inside, the men run through fountains of freezing cold water meant to purify the body and soul, then compete over the 100 special "shinji" sticks -- said to bing good luck -- thrown into the crowd by priests standing above.

While Japan's most famous "Naked Festival" takes place at Okayama's Saidai-ji temple (above), other sister festivals take place around the country throughout the year.Trevor Williams/Getty Images
3 of 11

This mass Hindu pilgrimage -- in which devotees bathe in one of India's sacred rivers in order to cleanse themselves of sin -- is widely considered to be the largest peaceful gathering on Earth. In 2013, for example, approximately 120 million participated over a two-month period, with more than 30 million coming together on just one day.

However, not all of those millions are nude. In fact, only the most highly respected holy men (known as naga sadhus, or naked saints) go without clothes (then immerse themselves in water that is sometimes freezing cold).

The time and place of the festival varies according to the Hindu calendar and certain zodiac positions. But whenever and wherever Kumbh Mela is, you can rest assured that it will be well attended.Daniel Berehulak/Getty Images
4 of 11

OK, so they're not completely nude. But given that they're snow-sledding in the German mountains during winter, it's probably best that the participants in this annual competition are allowed to wear boots, gloves, helmets, and underpants.

Thousands come to Altenberg to watch male and female contestants from countries all across Europe race down the 300-foot hill.Joern Haufe/Getty Images
5 of 11

This has got to be the most exclusive club on Earth.

The bravest researchers who stay at the Amundsen-Scott South Pole Station through the winter will wait for one of the few days a year when the temperature dips to -100 degrees Fahrenheit. Then, they'll get into a sauna cranked up to 200 degrees Fahrenheit (that's just 12 degrees shy of boiling) for as much as ten minutes. Finally, they'll hop up from the sauna and out the station door, then run to the actual South Pole (above), about 150 yards away, and back -- wearing nothing but boots.

If you're doing the math, you'll note that these daredevils have thus endured a temperature swing of 300 degrees, hence the name of this unbelievable club.Wikimedia Commons
6 of 11

Why? To raise awareness about dangerous greenhouse gas emissions from automobiles, and to promote human-powered transport -- like cycling -- as an alternative.

And as the events' "bare as you dare" motto suggests, nudity is welcomed but not mandated.SAUL LOEB/AFP/Getty Images
7 of 11

Inspired by the eponymous ancient pagan festival marking the end of winter and the beginning of summer, the modern Beltane Fire Festival lives up to its name with lots and lots of flames.

A daytime procession based on ancient Gaelic ritual gives way to a raucous nighttime free-for-all full of flames, body paint, and nudity.

For most of us, sack races, water balloon fights, and tug of war are the stuff of summer camp. But for the several hundred people who flock to South Australia's Pilwarren Maslin Beach Nude Games each January, it's a different story.

Those events -- along with frisbee throwing, donut eating, and the "Best Bum Competition" -- make up the program of these annual nude olympics, hosted by a local nudist resort.

The Running of the Nudes

Since 2002, amid the world-famous running of the bulls, PETA has organized the Running of the Nudes in protest of bullfighting.

According to PETA, approximately 40,000 bulls are slaughtered each year. And in order to raise awareness, activists run naked through the streets of Pamplona, brandishing signs calling for an end to bullfighting.

This year, protestors kicked things up a notch by dowsing themselves with huge quantities of fake blood.Wikimedia Commons
10 of 11

Activism and streaking are commonplace in college life, but it's rare the two come together in such an organized way.

Since 1977, several dozen members of the University of the Philippines' chapter of the Alpha Phi Omega fraternity have come together at least once a year to run naked, wearing only masks (and the occasional fig leaf), across campus.

But this is far from some kind of wacky prank. This coordinated demonstration is meant to bring attention to the important national issues of the day, including political corruption and the killing of journalists.JAY DIRECTO/AFP/Getty Images
11 of 11 Next, check out some photos and facts from Scotland's Beltane Fire Festival, where fire meets nudity. Then, peek inside The Seven Lady Godivas, the little-known Dr. Seuss picture book filled with naked ladies. Finally, check out some of the most incredible Woodstock photos that will transport you back to 1969.