Who Is Payton Leutner, The Girl Who Nearly Died In The Infamous Slender Man Stabbing?

On May 31, 2014, sixth graders Morgan Geyser and Anissa Weier tried to murder their friend Payton Leutner in the woods of Wisconsin — to please Slender Man.

In June 2009, the comedy website Something Awful issued a call for people to submit a modern scary story. Thousands of submissions rolled in, but one story about a mythical creature called Slender Man rippled through the internet thanks to its creepy featureless face and ghostly figure.

But even though Slender Man started out as a harmless internet legend, it would eventually inspire two girls to murder their own friend. In May 2014, Morgan Geyser and Anissa Weier, both 12 years old, lured their friend Payton Leutner, also 12 years old, into the woods of Waukesha, Wisconsin.

Geyser and Weier, who wanted to become Slender Man’s “proxies,” believed that they had to kill Leutner in order to please the fictional ghostly creature. So when the girls found a remote location in the park, they took the opportunity to strike. Geyser stabbed Leutner 19 times as Weier looked on, and they then left Leutner for dead. But miraculously, she survived.

This is the shocking true story of the brutal attack on Payton Leutner — and how she bounced back after an almost unimaginable betrayal. 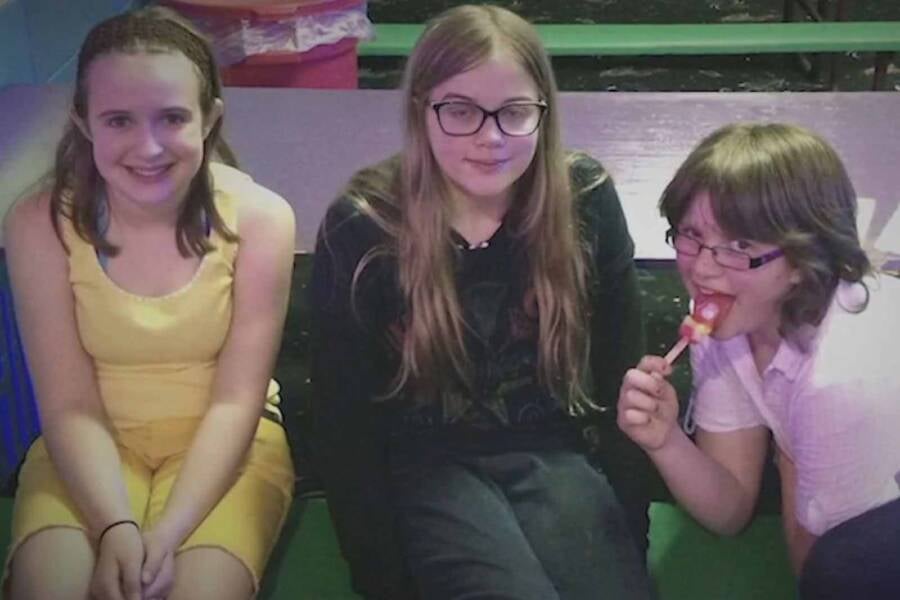 Born in 2002, Payton Leutner was raised in Wisconsin and had a relatively normal early life. Then, when she entered the fourth grade, she befriended Morgan Geyser, a shy but “funny” girl who was often sitting by herself.

Though Leutner and Geyser got along well at first, their friendship changed by the time the girls reached the sixth grade. According to ABC News, that’s when Geyser befriended another classmate named Anissa Weier.

Leutner was never a fan of Weier and even described her as “cruel.” The situation only worsened as both Weier and Geyser became fixated on Slender Man. Meanwhile, Leutner wasn’t interested in the viral story at all.

“I thought it was odd. It kind of frightened me a little bit,” Leutner said. “But I went along with it. I was supportive because I thought that’s what she liked.”

Similarly, Leutner learned to tolerate Weier whenever she was around because she wasn’t willing to let her friendship with Geyser dissipate. But before long, Leutner realized that was a mistake — a nearly fatal one.

Inside The Brutal Slender Man Stabbing 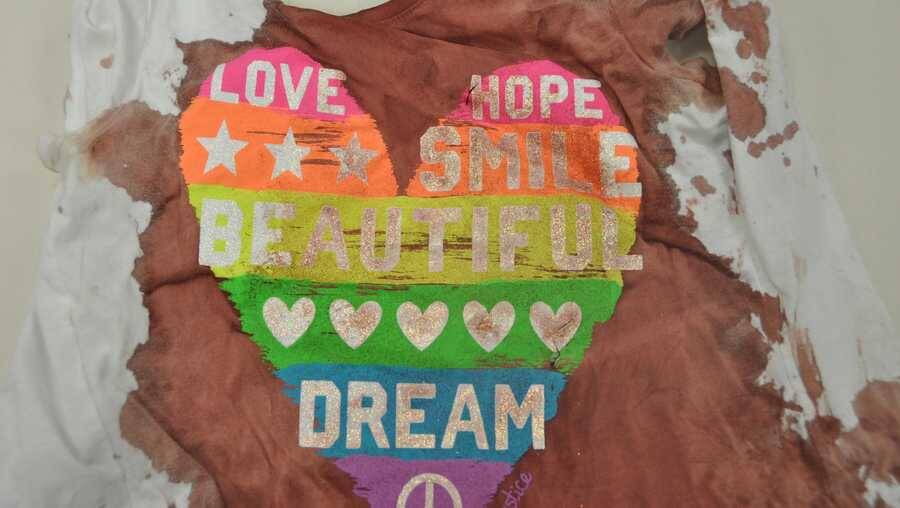 Waukesha Police DepartmentPayton Leutner was stabbed 19 times during the 2014 attack — and one stab nearly hit her heart.

Unbeknownst to Payton Leutner, Morgan Geyser and Anissa Weier had been planning her murder for months. Desperate to impress Slender Man, Geyser and Weier allegedly believed that they had to kill Leutner so they could impress the legendary creature — and live with him in the woods.

Geyser and Weier originally plotted to stab Leutner on May 30, 2014. That day, the trio was celebrating Geyser’s 12th birthday with a seemingly innocent slumber party. Still, Leutner had a strange feeling about that night.

According to the New York Post, the girls had enjoyed multiple sleepovers in the past, and Geyser had always wanted to stay up all night. But this time, she wanted to go to bed early — which Leutner found “really weird.”

Sure enough, Geyser and Weier were planning to kill Leutner in her sleep, but they ultimately agreed that they were too “tired” to do so after roller-skating earlier that day. By the next morning, they had hatched a new plan.

As they later told police, Geyser and Weier decided to lure Leutner into a nearby park. There, in a park bathroom, Weier attempted to knock Leutner out by pushing her into the concrete wall, but it didn’t work. While Leutner was “mad” about Weier’s behavior, she was convinced by Geyser and Weier to follow them into a remote part of the woods for a game of hide-and-seek.

Once there, Payton Leutner covered herself in sticks and leaves as her hiding place — at Weier’s urging. Then, Geyser suddenly stabbed Leutner 19 times with a kitchen knife, viciously slicing through her arms, legs, and torso.

Geyser and Weier then left Leutner for dead, as they walked off to find Slender Man. Instead, they would soon be picked up by the police — and they would later learn that their macabre mission had failed.

Despite Leutner’s grisly injuries, she somehow mustered the strength to pull herself up and flag down help from a cyclist, who quickly called the police. Leutner explained, “I got up, grabbed a couple trees for support, I think. And then just walked until I hit a patch of grass where I could lay down.”

By the time Leutner had awoken in the hospital after a six-hour-long surgery, her attackers had already been caught — which brought her immense relief.

Where Is Payton Leutner Now? 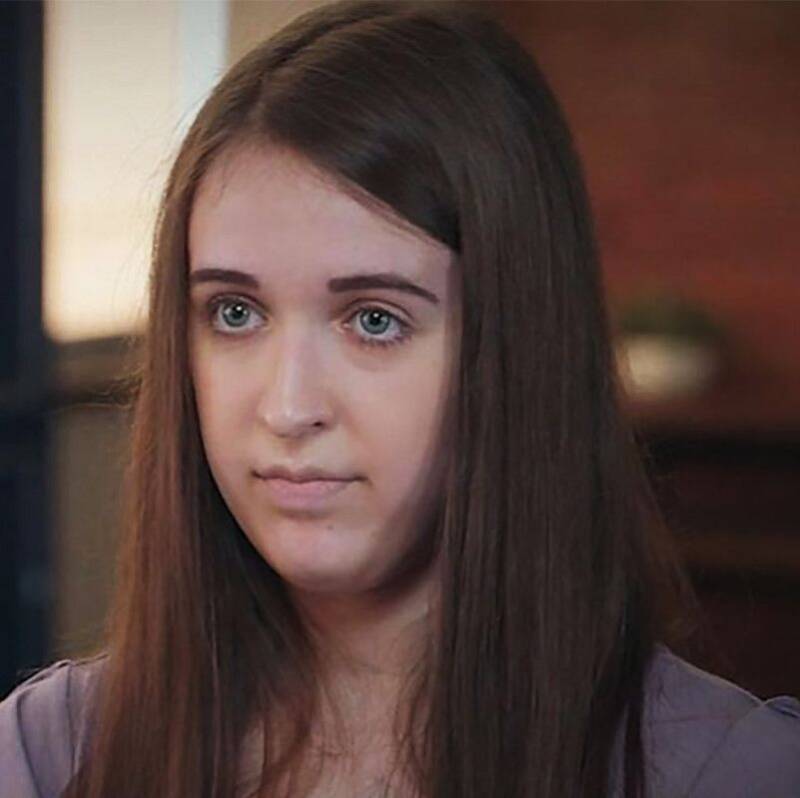 After years of healing, Payton Leutner decided to tell her own story to ABC News in 2019. Surprisingly, she expressed gratitude for her traumatic experience, saying that it inspired her to pursue a career in medicine.

As she put it: “Without the whole situation, I wouldn’t be who I am.” Now, as of 2022, Leutner is in college and “doing very well,” as reported by ABC News.

Up until her public interview, most of the media coverage on the case had focused on Geyser and Weier, who were both charged with attempted first-degree intentional homicide in the aftermath of the attack.

Geyser pleaded guilty, but she was found not guilty by reason of mental disease. She was sentenced to 40 years in Winnebago Mental Health Institute, near Oshkosh, Wisconsin, where she remains today.

According to The New York Times, Weier also pleaded guilty — but to a lesser charge of being a party to attempted second-degree intentional homicide. And she was also found not guilty by reason of mental disease and sentenced to a mental health institute. But unlike Geyser, Weier was released early on good behavior in 2021, meaning that she had served just a few years of her sentence. She was then required to move in with her father.

Though Leutner’s family expressed disappointment at Weier’s early release, they are relieved that she is required to receive psychiatric treatment, agree to GPS monitoring, and avoid any contact with Leutner until at least 2039.

Back in 2019, Leutner spoke optimistically about her bright future and her deep desire to “put everything behind me and live my life normally.” Fortunately, it seems like she’s doing just that.

After reading about Payton Leutner, discover the shocking story of Robert Thompson and Jon Venables, the 10-year-old killers who murdered a toddler. Then, take a look at the brutal crimes of the 10-year-old murderer Mary Bell.