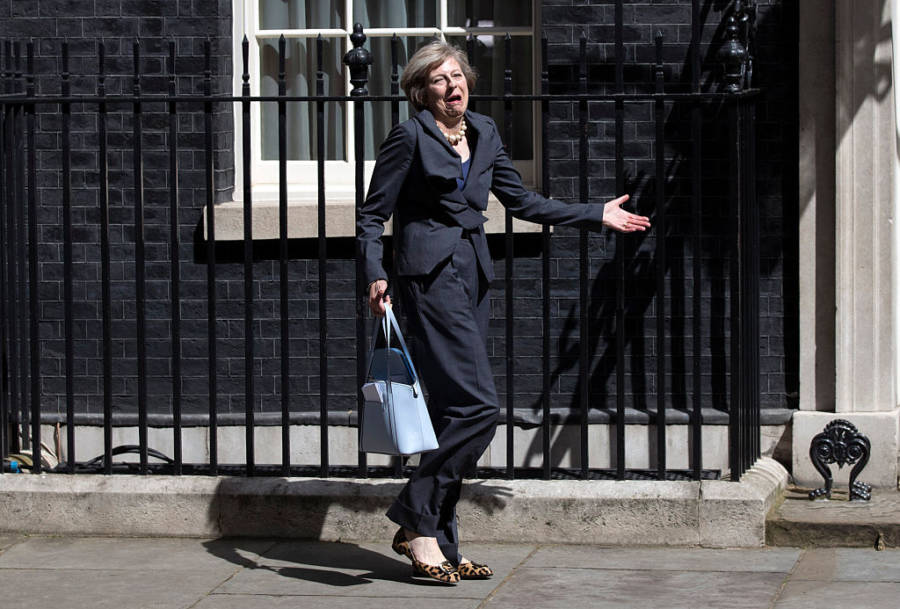 Carl Court/Getty ImagesThe talk that has always circulated about British Prime Minister Theresa May’s trendy clothes points to something larger: An outfit always means more when it’s being worn by a politician.

Last week, the population of Britain was freaking out over a pair of pants — a pair of $1,250, wide-legged, brown leather pants. And Prime Minister Theresa May had the misfortune of wearing them.

The outcry came so quickly and spread so widely that it even received a name: “Trousergate.”

“I don’t have leather trousers,” former British Education Secretary Nicky Morgan chided. “I don’t think I’ve ever spent that much on anything, apart from my wedding dress.”

On the other side of the debate, feminists bemoaned the attention that is routinely paid to female politicians’ clothing choices and not to those of their male counterparts.

But as much as some might insist that talk of style doesn’t have a place in the hallowed halls of governing, the two have always been inherently intertwined.

Here are some of the most famous instances of history’s fashion police calling out the people in charge: 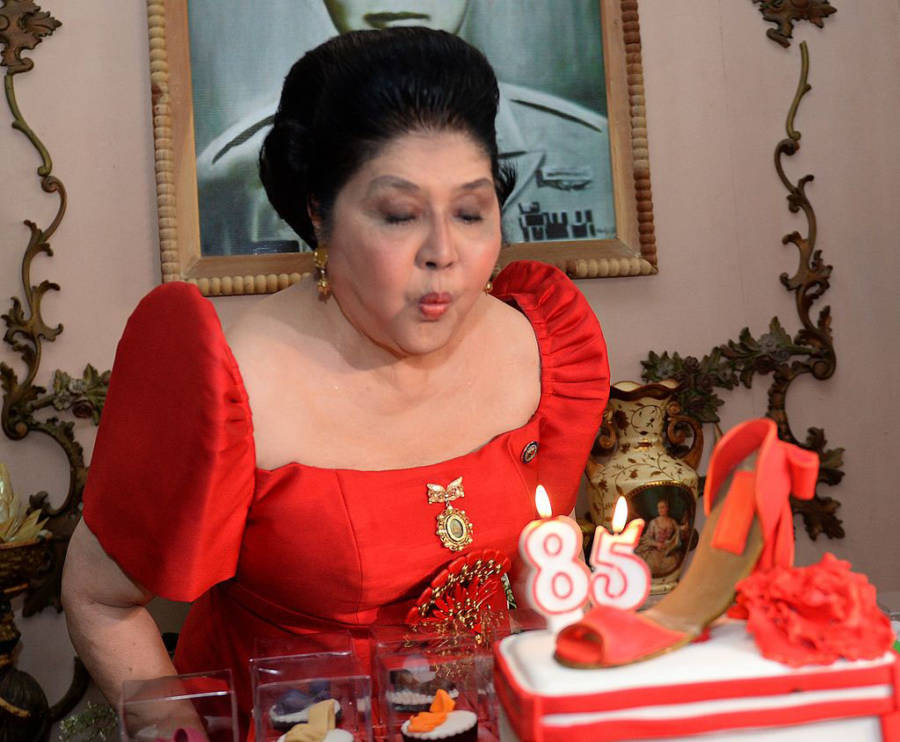 While her corrupt and brutal husband, Ferdinand, ran the Philippines, leaving his citizens hungry and poor, Imelda Marcos mostly shopped.

When protestors stormed the palace in 1986, chasing the couple into exile, they were shocked to discover a 10,000-square-foot walk-in closet, 1,000 gowns, a four-foot high pile of imported underwear, and more than 2,700 pairs of shoes. 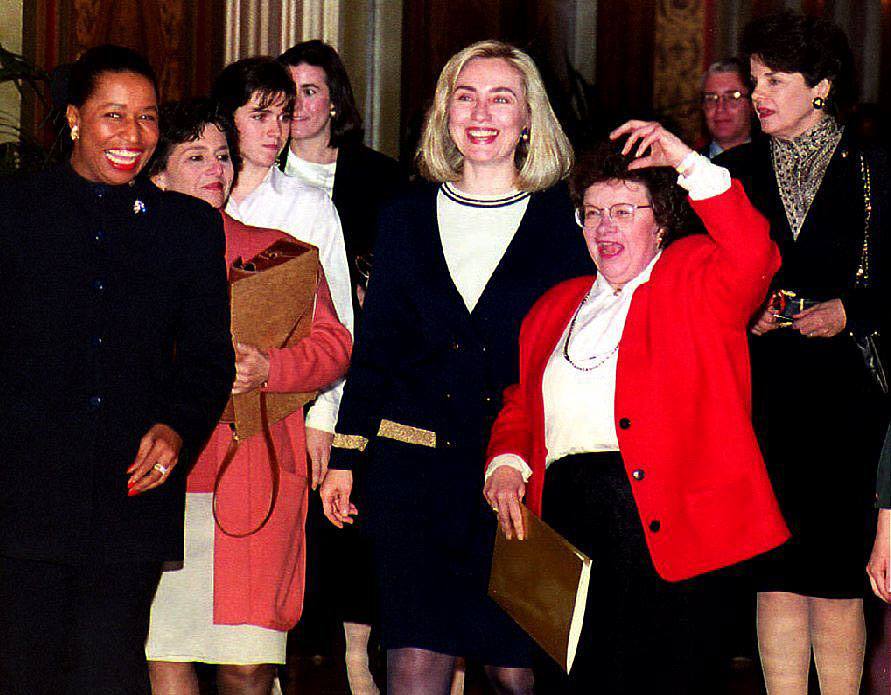 As late as the 1990s, women in politics were ridiculed for wearing pants. If they were called onto the Congressional floor unexpectedly, congresswomen were expected to change into a dress quickly before arriving.

In 1993, Senators Barbara Mikulski and Carol Moseley-Braun protested by wearing pants to work and encouraging their staffs to do the same.

The dress-code was quickly amended soon after - stipulating that women could wear pants as long as they wore a jacket as well. 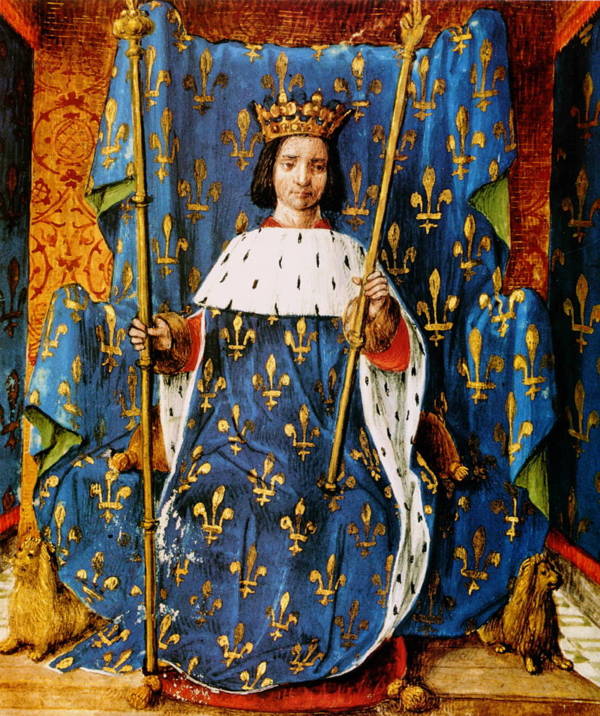 While Charles VI — otherwise known as "Charles the Mad" — ruled France starting in the late 14th century, he became convinced that he was made of glass. 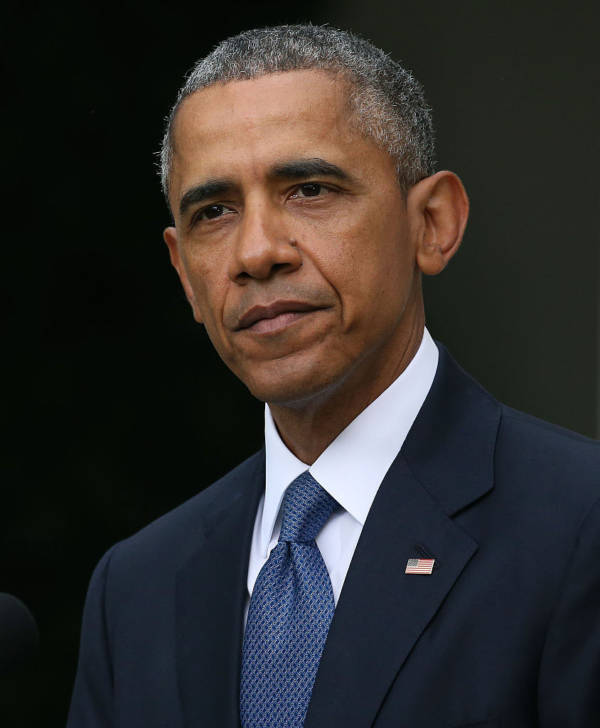 When he first began his presidential campaign, there was something different about Barack Obama's lapels. They were flag-less.

Of course, people were quick to criticize that lack of red, white, and blue. Obama initially responded by saying that he had seen "people wearing a lapel pin but not acting very patriotic...I decided I won't wear that pin on my chest. Instead I'm going to try to tell the American people what I believe...and hopefully that will be a testimony to my patriotism."

But as the conversations about the missing pin's meaning continued to swell, it became clear that Obama's beliefs weren't enough. The American people needed a flag pin.

The president now wears one every day.Mark Wilson/Getty Images 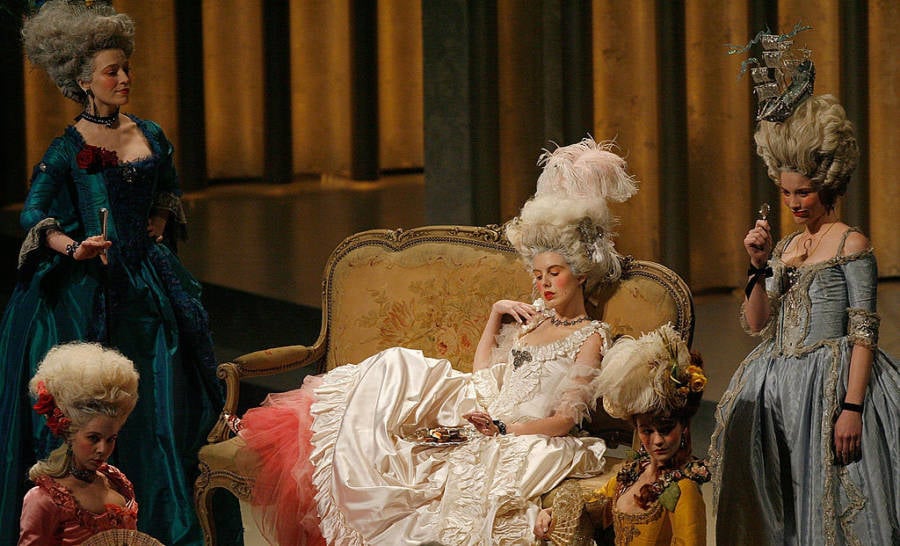 Though many today laud her as one of history's biggest style icons, the young French queen's shopping habit was not as popular at the time.

Indeed, the French were more than a little displeased with their queen's diamond-encrusted gowns, two-foot high model-boat-filled hairstyles, and boredom-inspired habit of wearing nothing twice.Kevin Winter/Getty Images 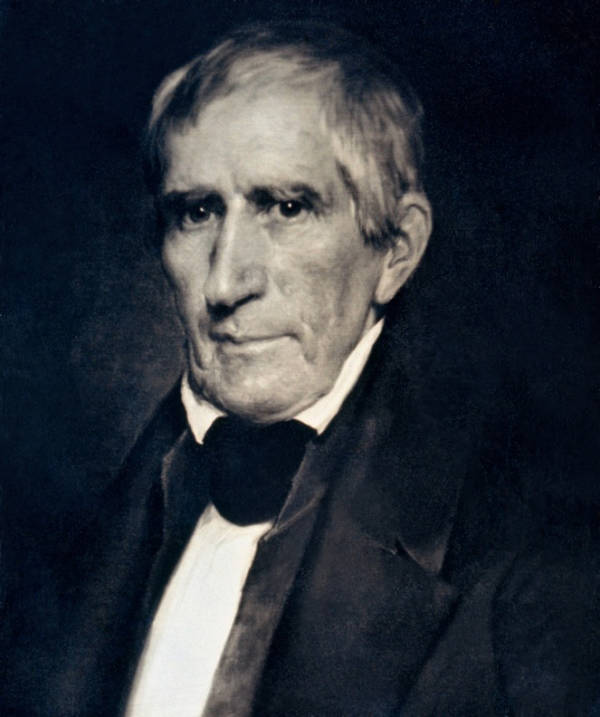 Little is remembered about this man aside from his decision not to wear a coat during his two-hour inaugural address (the longest in history).

Though this fashion choice has been blamed for the president catching pneumonia and dying three weeks later, an alternative cause of death has since been put forth.

It is more likely, modern epidemiologists say, that Harrison was killed by an infection caught from the festering, sewer-filled marsh a few blocks away from the White House.

Though this is a decidedly grosser way to go, at least we can stop blaming the poor man's style.Wikimedia Commons 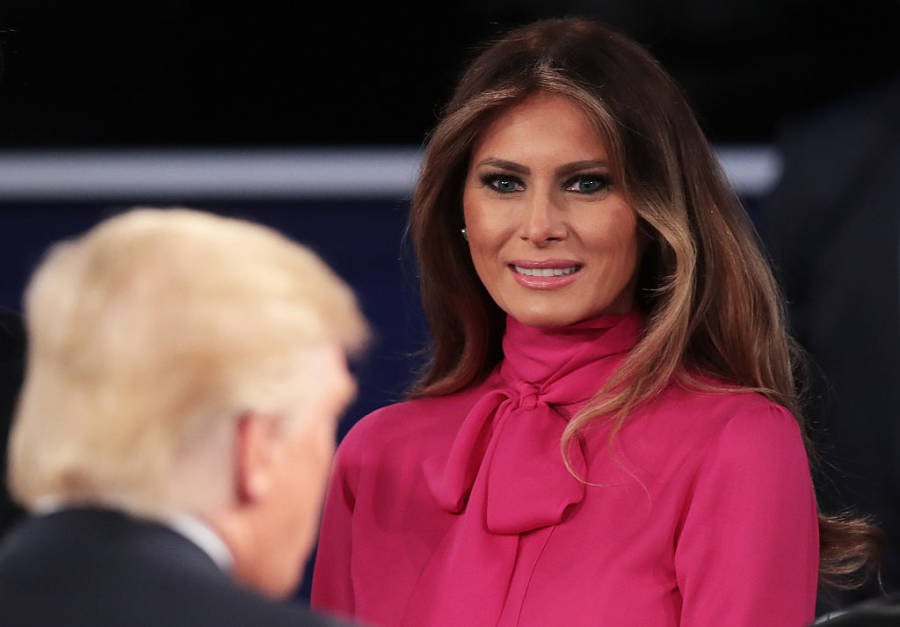 In October, audio was released of Donald Trump suggesting that when a rich and powerful man wants to court women, it's acceptable for him to just "grab them by the p****."

Coincidentally, the actual name of the blouse's style is: "the pussy-bow."Scott Olson/Getty Images 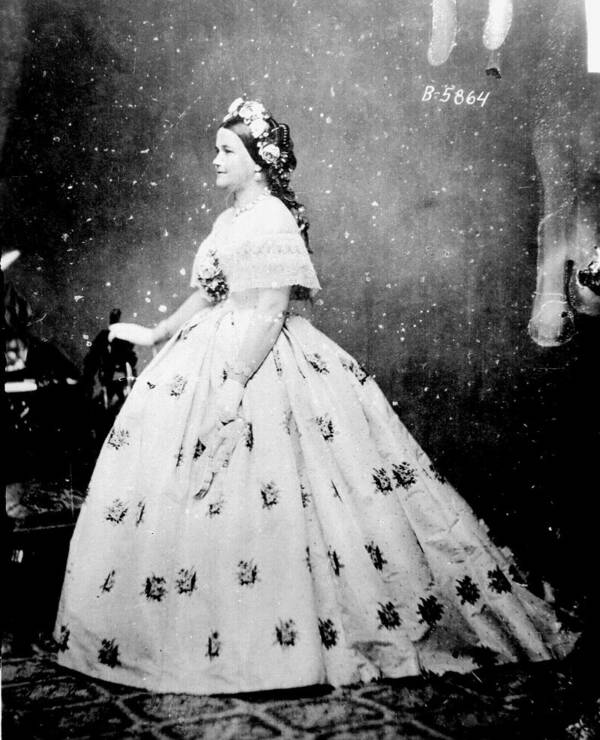 In order to pay them off, she attempted to sell excess manure from the White House and persuade other Republican members of government to give her the money as a sort of "thank you" for their political seats.Wikimedia Commons 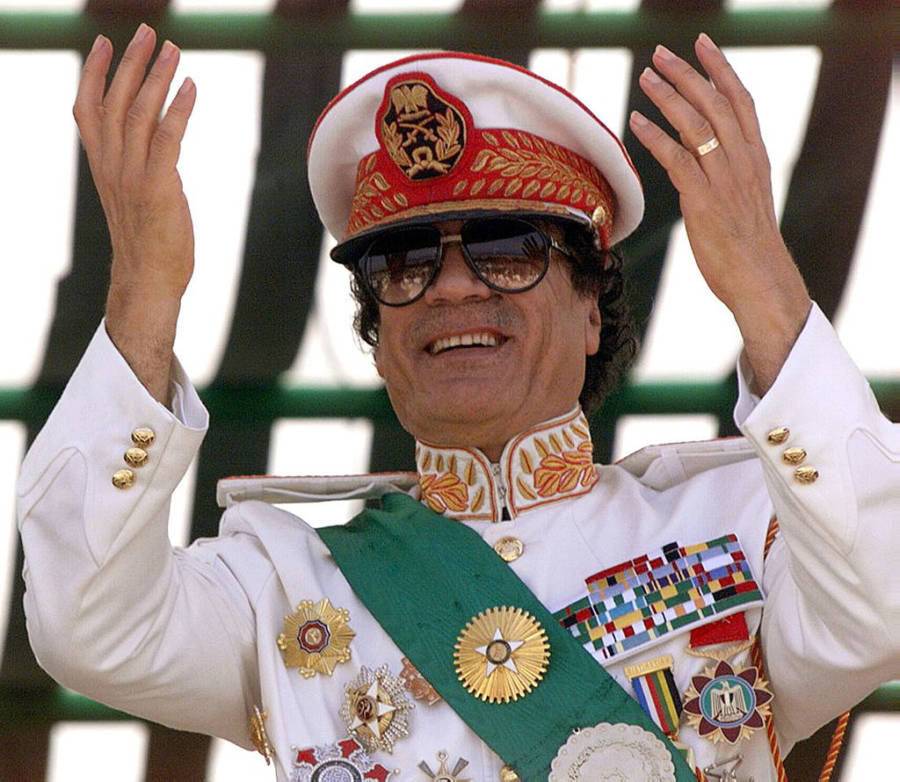 The former ruler of Libya wore everything from leopard print hats to wizard's robes to a military uniform festooned with unearned medals.

Gaddafi's costumes always and intentionally stood in stark contrast to his fellow Libyans, suggesting an opulence that for many in his country simply did not exist.Marwan Naamani/AFP/Getty Images 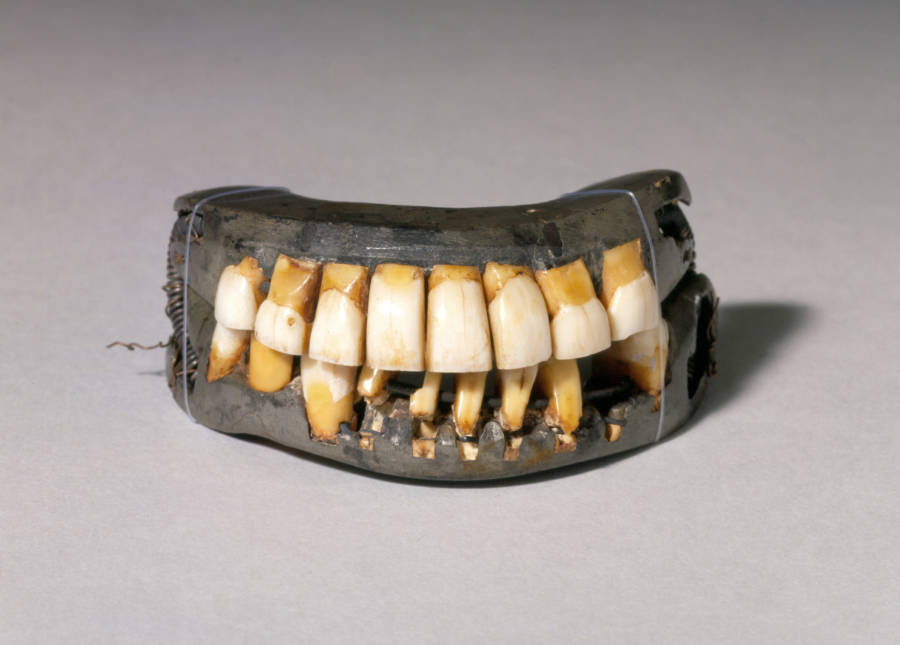 There's a myth that the first president's chompers were made of wood. While this is not the case, tooth problems did cause George Washington much unhappiness throughout his adult life.

On the plus side, those same issues might have contributed significantly to the defeat of the British at the battle of Yorktown to effectively end the Revolutionary War.

The British forces had intercepted a private letter from Washington to his dentist stating he would not be in Philadelphia any time soon. And though this greatly embarrassed the general, it also convinced the British that his troops would be staying in the North. They were, therefore, completely caught off guard when Washington and his army arrived in Yorktown, Virginia.Mount Vernon Ladies' Association

Next, check out the weirdest fashion trends in history. Or, find out which fashion trend caused Victorian women to have to be carried to the beach.