16 Things To Know About Vladimir Putin 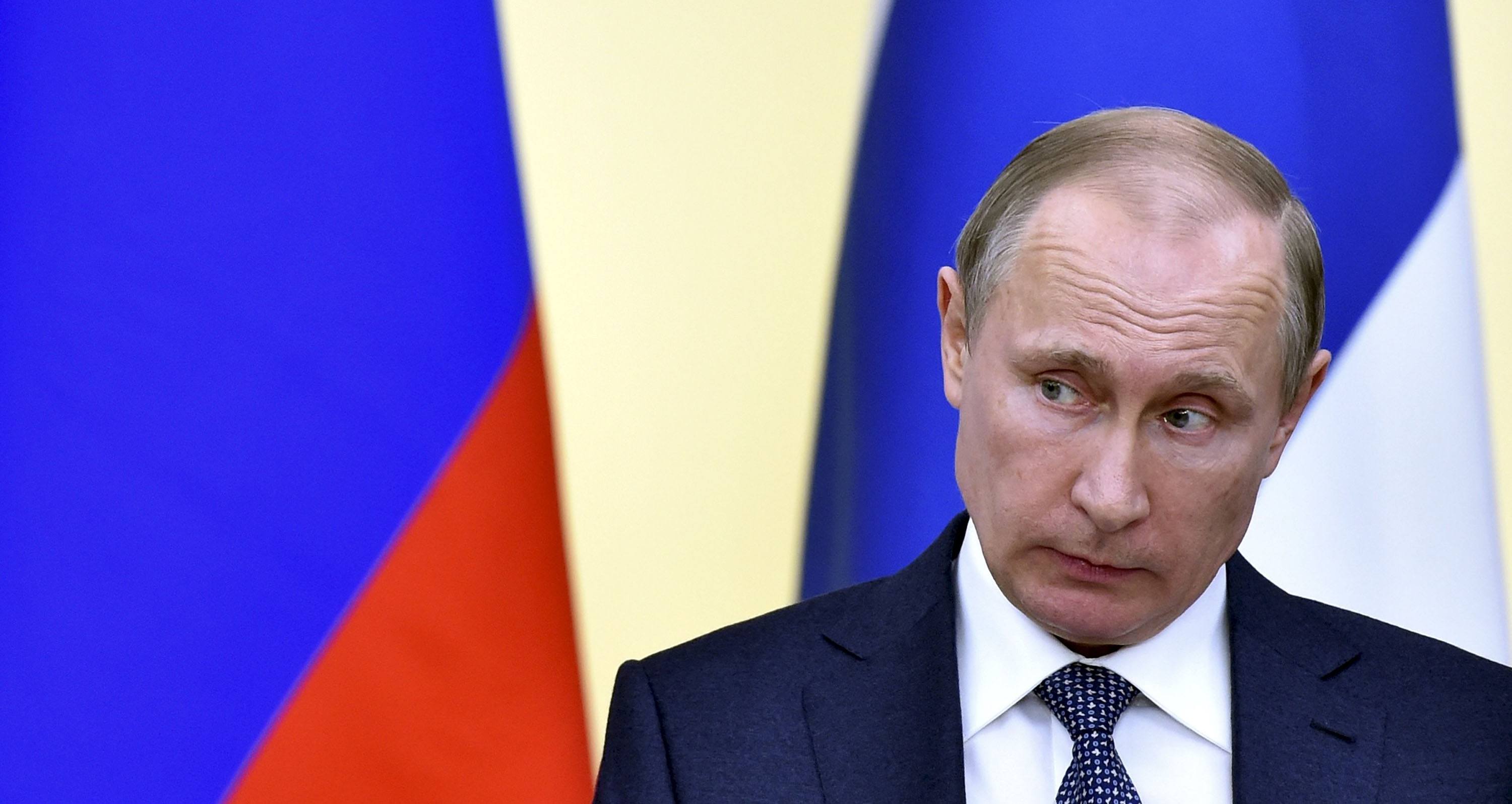 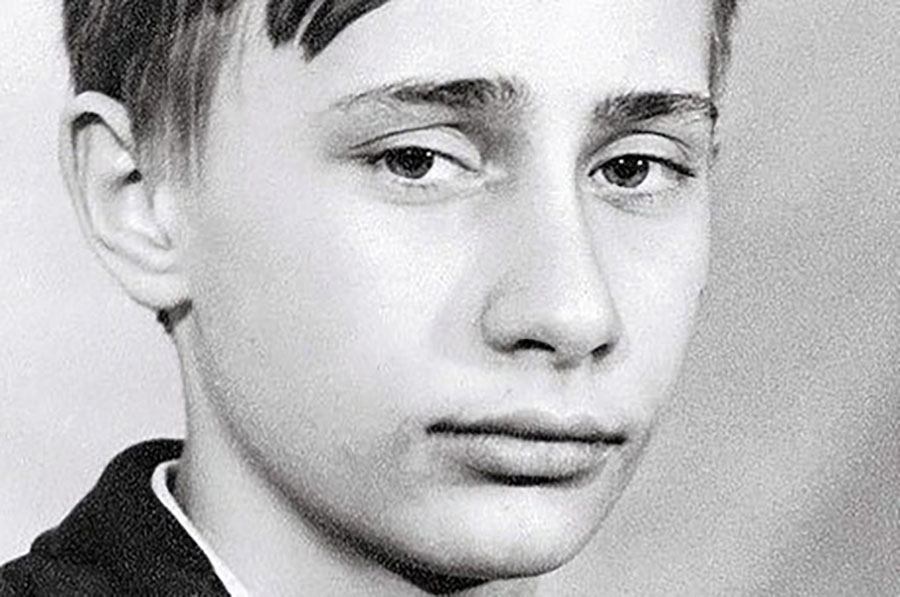 According to Marin Katusa, author of The Colder War: How the Energy Trade Slipped from America’s Grasp, Putin’s paternal grandfather, Spiridon Ivanovich Putin, sculpted Putin’s being from a very early age.

Ivanovich cooked for both Vladimir Lenin and Joseph Stalin, and lived on after their deaths — a not so easy feat, Katusa says. “[Putin’s grandfather] managed to outlive the tyrants he fed so well,” writes Katusa in The Colder War. “It required sensitive political instincts and nimble balancing… He passed what he learned to a grandson eager to hear such things.” Kremlin 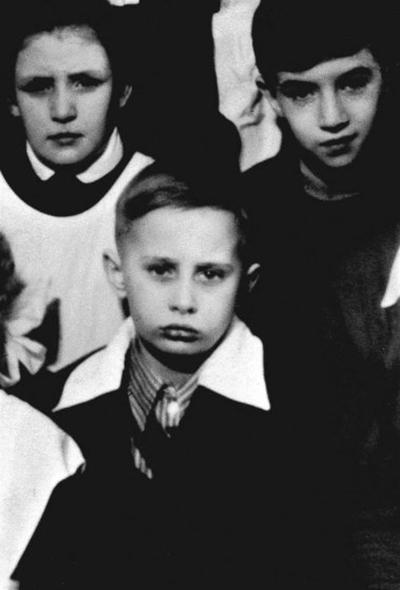 In German national newspaper Die Zeit, correspondent Steffen Dobbert writes that there may be something to the view that Putin spent the first nine years of his life with a family other than the Leningrad Putins, and that he did so in Georgia, not Russia.

According to proponents of this theory, Putin’s biological mother is an 89-year-old named Vera Putina, who had Putin out of wedlock and had to give him up when she married.

Putina says that Putin’s foster parents had his birth certificates changed so he could legally repeat a grade and learn Russian. Those who believe her say that Putin has cast this truth under the rug in order to avoid being seen as “an illegitimate child who had grown up in Georgia,” which has historically been a thorn in Russia’s side. Laski Diffusion

He Was A Bully As A Child 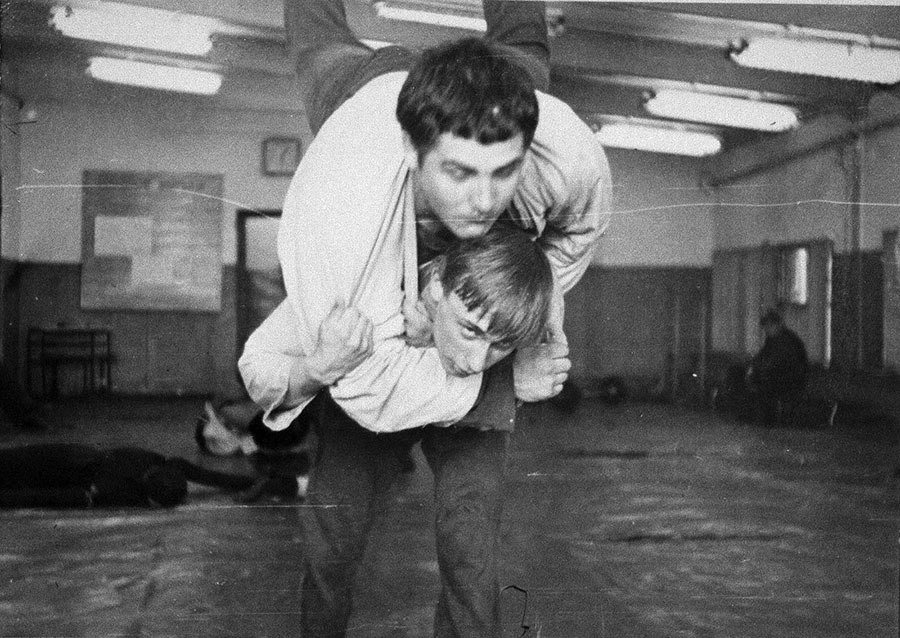 Putin biographer Masha Gessen alleges that growing up in a battered, post-siege environment such as St. Petersburg made Putin a bully.

In The Man Without a Face: The Unlikely Rise of Vladimir Putin, one of Putin’s childhood friends recalls that they grew up in “a mean, hungry, impoverished place that bred mean, hungry, ferocious children.”EPA/Corbis

According to Putin, Sports Saved His Life 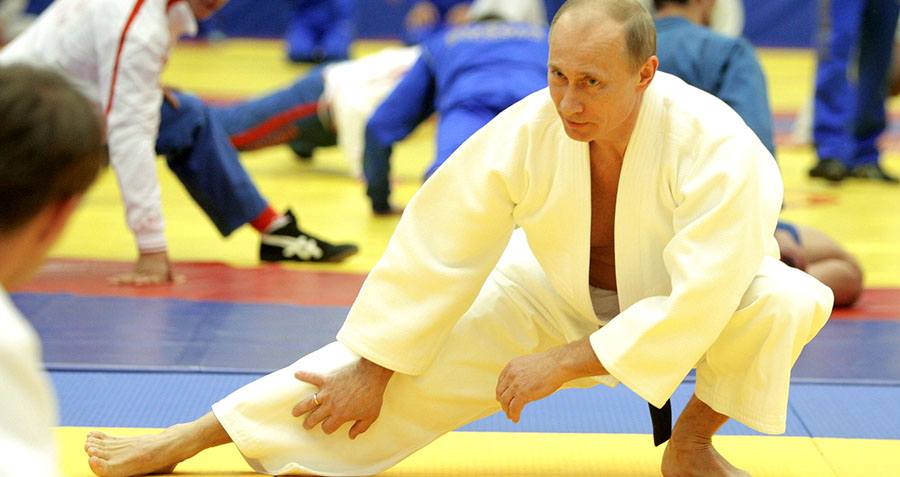 Putin took up judo and sambo in 1965. He developed an intense dedication to the martial arts, as he said it encourages training in both physical and mental strength. “Judo is not just a sport,” he later said. “It’s a philosophy. It’s respect for your elders and for your opponent. It’s not for weaklings.”

Putin would go on to travel around the country as a judo champion, and later remarked that “If I hadn’t taken up sport, who knows what would have happened. It was sport that took me off the street.”ALEXEY DRUZHININ/AFP/Getty Images

His Parents Nearly Died In The Siege Of Leningrad 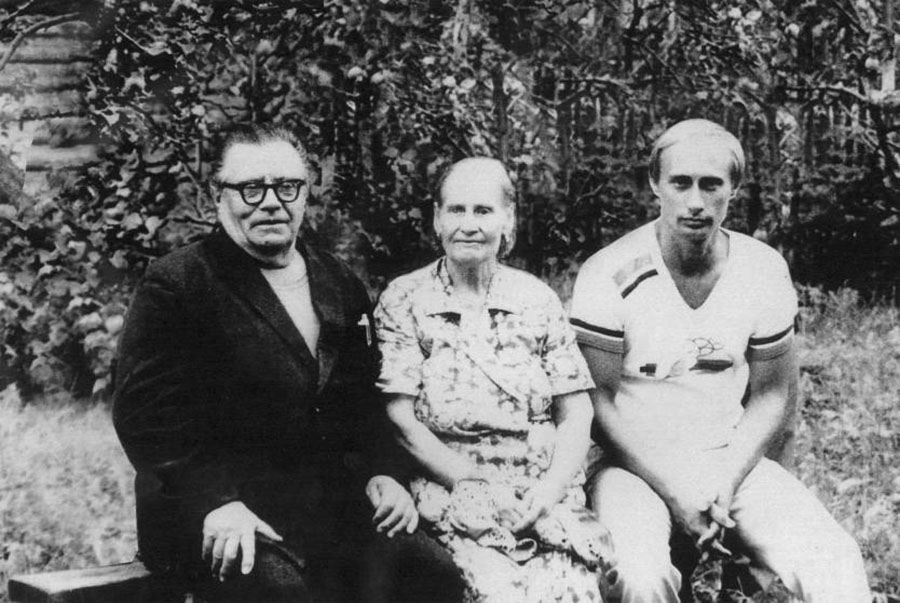 When the Germans invaded Leningrad (now St. Petersburg) in 1944, over a million people died. Putin’s parents nearly added to that body count. While his father survived, a battle left him severely disfigured and disabled. Putin’s mother nearly starved to death.Laski Diffusion/Newsmakers 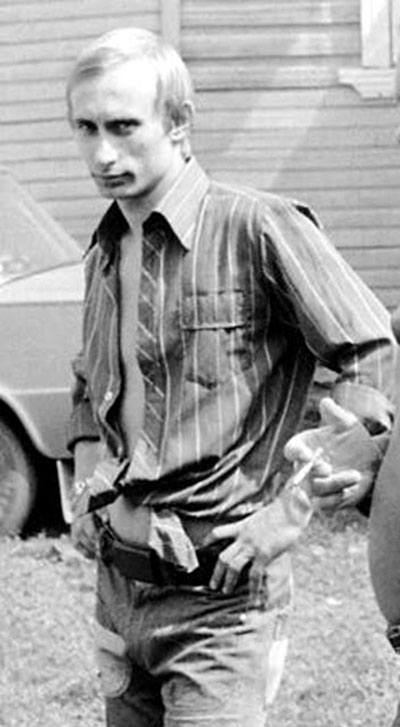 Putin grew up in St. Petersburg with his parents. 1944’s brutal Siege of Leningrad forced the family into a communal house that lacked hot water or a toilet — and made it such that the “toys” with which Putin grew up included rats which he would hunt in the stairwell.

During the Brezhnev era (1964-1982), Putin’s family — like many others at the time — would see a gradual improvement in their quality of life, such that they could move into a two-room apartment. Putin, then 25 and already working for the KGB for two years at the time, took the smaller room — the first time he ever had a room of his own.Imgur 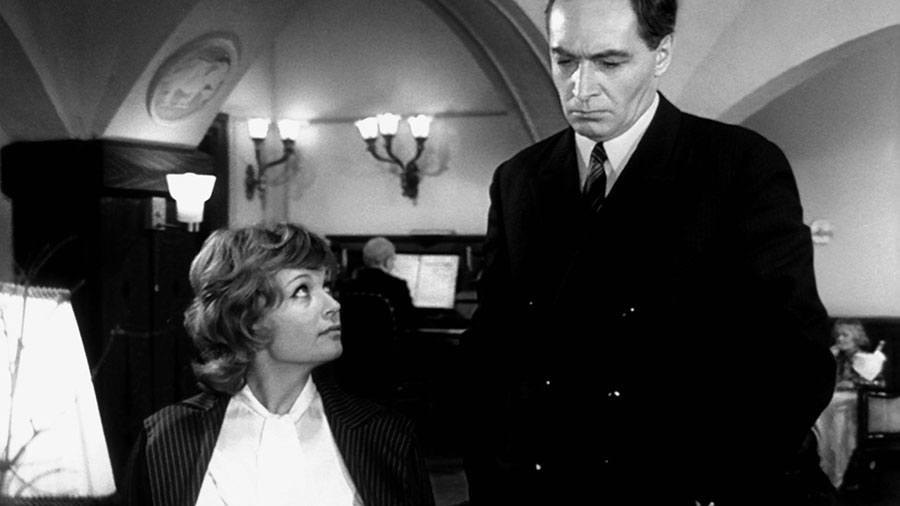 As Putin would later say, films and TV shows such as Sword and Shield and Seventeen Moments of Spring underscored the idea that “one man’s effort could achieve what whole armies could not.”

Sakwa goes on to say that these thrillers’ themes — patriotic but not overly ideological — mirror Putin’s own approach to politics:

“The struggle was to defend the Soviet motherland against its various enemies, not to defend the communist regime against its ideological opponents. This relatively non-ideological patriotism shaped Putin’s personality and later took him into a career with the KGB.”YouTube 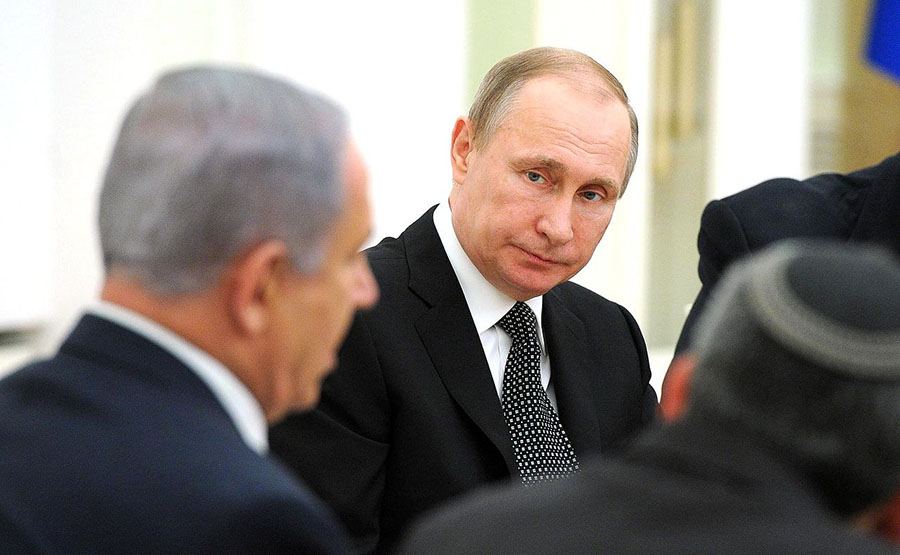 When a reporter inquired as to whether Putin considered himself a diplomat, he responded with a resounding “no.”

That’s not to say that Putin doesn’t engage in the often mind-numbing diplomatic ritual of reading up on any and every person with whom he may interact, however.

In his memoirs, former U.S. Deputy Secretary of State Strobe Talbott recalls an instance where he met with Putin, who proceeded to reference the names of the poets that Talbott had studied decades ago at Yale and Oxford. Talbott later called this an “unnerving but impressive” experience, and one which made clear that Putin listens with “an attentiveness that seemed at least as calculating as it is courteous.”Wikimedia Commons 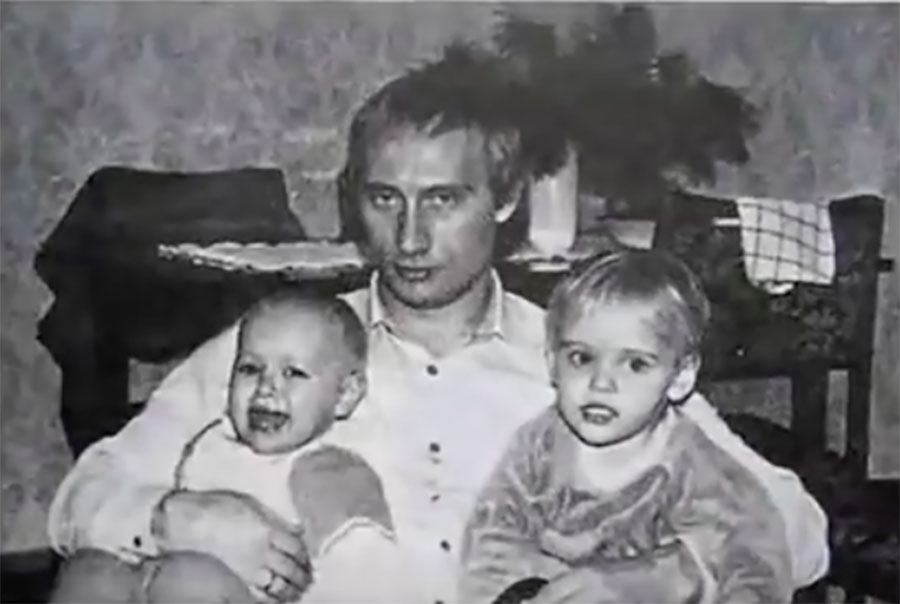 Putin has intentionally kept his daughters, Katerina and Maria, out of the limelight. A recent Reuters investigation has revealed one item about them, however: They’re loaded.

Katerina’s spouse is the son of a banker close to Putin, and together the couple have corporate holdings worth around $2 billion. Outside of that, they own a $3.7 million seaside villa in France, which they acquired from a family friend.

Putin, however, claims a slightly humbler existence: In 2015, he reported a 2014 income of $119,000 and listed owning two modest apartments, Reuters reported. Other sources dispute such modesty, and allege that he has a personal fortune of $200 billion.YouTube

He Has Been Linked To The Murders Of His Critics 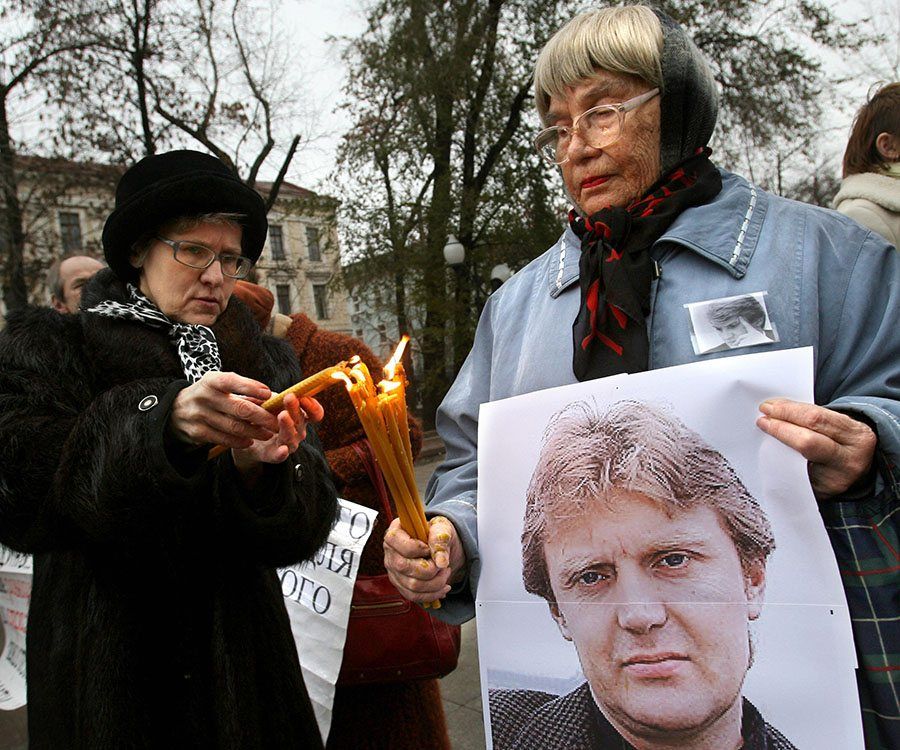 Putin has amassed an array of critics throughout his time in power — and many of them have died under mysterious circumstances, circumstances which some attribute to Putin.

In 2006, journalist and highly-vocal Putin critic Alexander Litvinenko died after being poisoned with polonium-210. A 2016 official inquiry into the matter showed that the agents who poisoned Litvinenko were acting on orders that were “probably approved by President Putin.”

Another journalist, Anna Politkovskaya, accused Putin of turning Russia into a police state in her book Putin’s Russia. On October 7, 2006, Vladimir Putin’s 54th birthday, contract workers shot Politkovskaja dead outside her home. Her murder — coupled with the date on which it took place — prompted many to look to Putin when attempting to explain who was behind it. 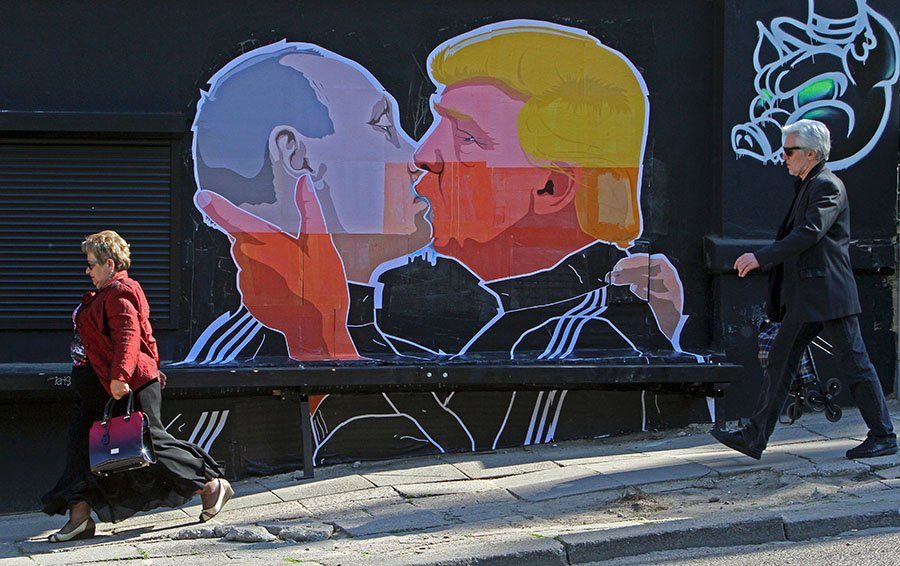 While Donald Trump has been quick to highlight the fact that Vladimir Putin admires the President-elect, their so-called bromance began with Trump’s courtship of Putin.

In October 2007, several months after Russia was accused of conducting cyber warfare against Estonia, Trump offered TV host Larry King positive remarks on Putin. “Look at Putin — what he’s doing with Russia — I mean, you know, what’s going on over there. I mean this guy has done — whether you like him or don’t like him — he’s doing a great job in rebuilding the image of Russia and also rebuilding Russia period.”PETRAS MALUKAS/AFP/Getty Images

He Has Amassed An Array Of Republican Presidential Fans 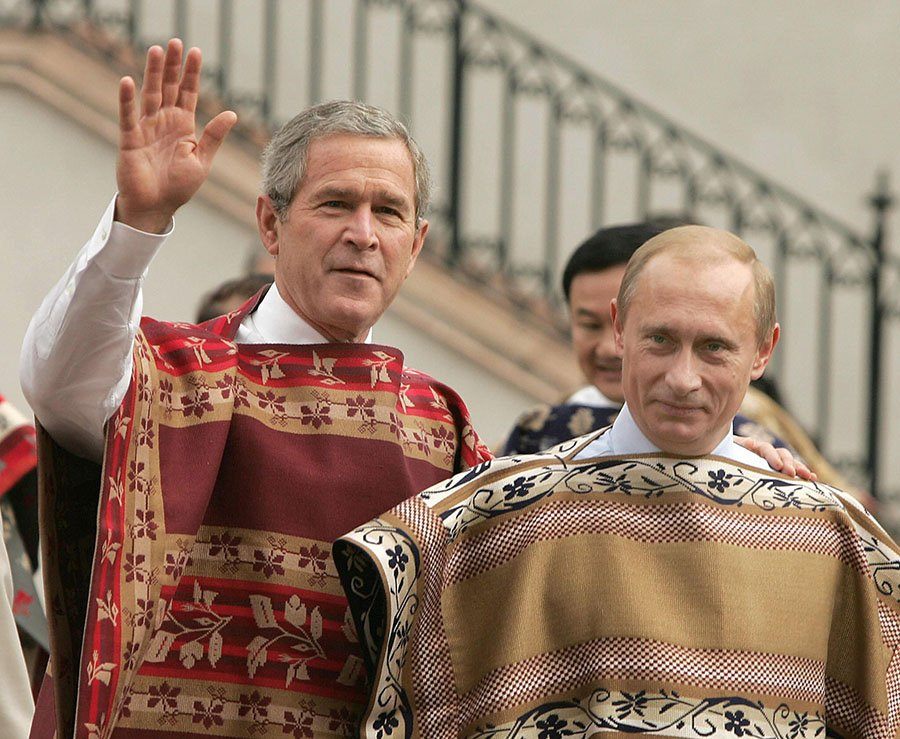 In 2001 — years before Donald Trump would lionize Putin for his so-called greatness — George W. Bush publicly fawned over his first encounter with Putin, which took place during the Slovenia Summit.

"I looked the man in the eye,” Bush recounted during a later press conference. “I found him to be very straightforward and trustworthy. We had a very good dialogue. I was able to get a sense of his soul; a man deeply committed to his country and the best interests of his country."

Then-Secretary of State Condoleezza Rice would go on to rue Bush’s words, writing in her memoir No Higher Honor that "We were never able to escape the perception that the president had naïvely trusted Putin and then been betrayed."OMAR TORRES/AFP/Getty Images

He Ruined A Ukrainian National Treasure To Make A Political Point 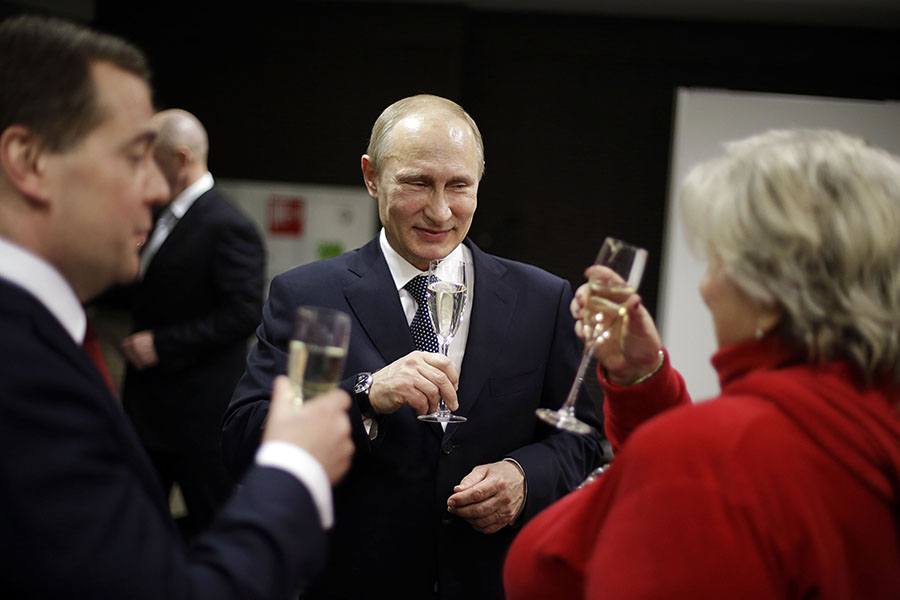 After Putin successfully annexed Crimea — a long-held aspiration of his — he celebrated accordingly. The Russian autocrat called former Italian Prime Minister Silvio Berlusconi and invited him to split a bottle of wine. This wasn’t just any wine, however: This was a 240-year-old bottle of wine that Ukraine considered to be a national treasure.

The duo downed a 1775 bottle of Jeres de la Frontera, which Count Mikhail Vorontsov brought to the region during the reign of Catherine the Great. The former prosecutor general of Crimea proceeded to file a lawsuit against Putin for more than $100,000 in damages.DAVID GOLDMAN/AFP/Getty Images

He’s Developed A Cult Of Personality Unseen Since Joseph Stalin 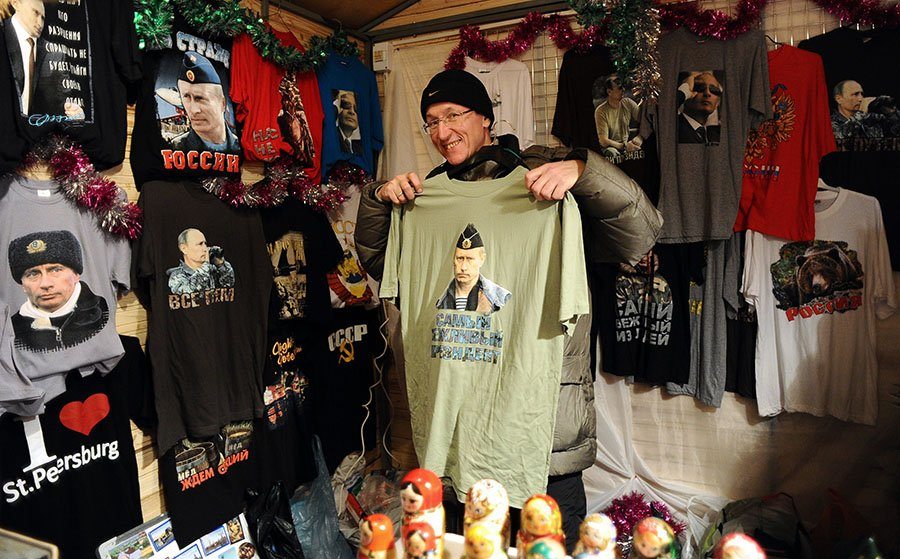 Given his vow to restore Russia to the global seat of power and traditional values, it should not come as much of a surprise that Putin has become a hot commodity among Russians.

Indeed, in Russia you can find Putin-inspired cologne; Putin iPhone cases, and Putin t-shirts. Perhaps the most dramatic item of them all is a 400-page book called Words That Change the World. The tome is filled with Putin quotes, and the Kremlin sends it to members of the Federal Assembly every new year. OLGA MALTSEVA/AFP/Getty Images

One Of His Biggest Heroes Is A Mystic Poet 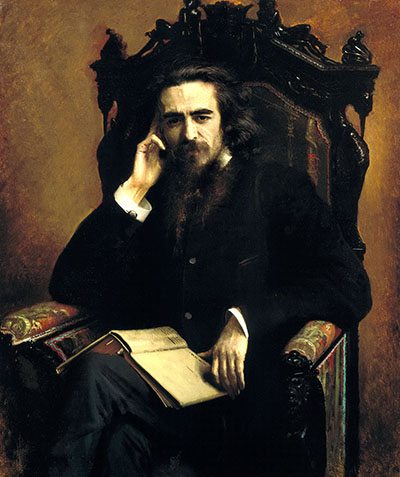 Putin has stated that one of his greatest philosophical heroes is Vladimir Solovyov, a 19th century poet and philosopher.

And according to Solovyov’s biographer, Judith Deutsch Kornblatt, it’s not surprising. Following the Russian Empire’s declaration of war on the Ottoman Empire, Solovyov said that Russia had a divine mission to transcend East and West and create a “third people,” or the Slavs.Wikimedia Commons 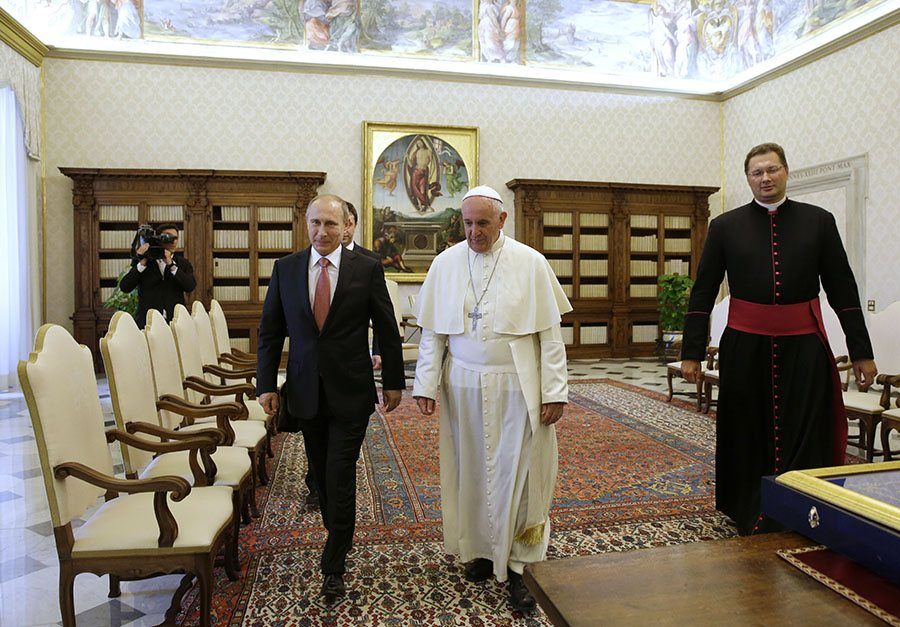 Given the people that Putin has kept waiting, it’s safe to say that he uses tardiness as a way to exert his superiority over others.

In 2013, Pope Francis made his first visit to Russia, where he waited for nearly an hour to meet Putin. This isn’t an isolated incident. Putin has arrived hours late for meetings with John Kerry and Queen Elizabeth II, and even arrived late to the scene of a plane crash that killed children. By the time Putin arrived, the parents had waited for two hours.GREGORIO BORGIA/AFP/Getty Images

If there is any true winner of the 2016 presidential election, most signs are pointing to Vladimir Putin. Forbes has listed the President of Russia as the most influential person of the year, with Donald Trump -- Putin's latest admirer -- immediately beneath him in the number two spot.

If Trump's Rusky-loving cabinet picks and warm words for the massive country are to serve as any kind of guide, Russia will be a state whose actions Americans would be well-served to keep an eye on over the Trump presidency.

And there is perhaps no better a way to ready for that four-year watch than by learning about the man who is intent on bringing Mother Russia back to her days of glory: Vladimir Putin.

Fascinated by these Vladimir Putin facts? Learn more about some of history's most controversial figures with these Osama Bin Laden facts and Muammar Gaddafi facts.