7 Presidents Who Broke Some Of Their Biggest Campaign Promises 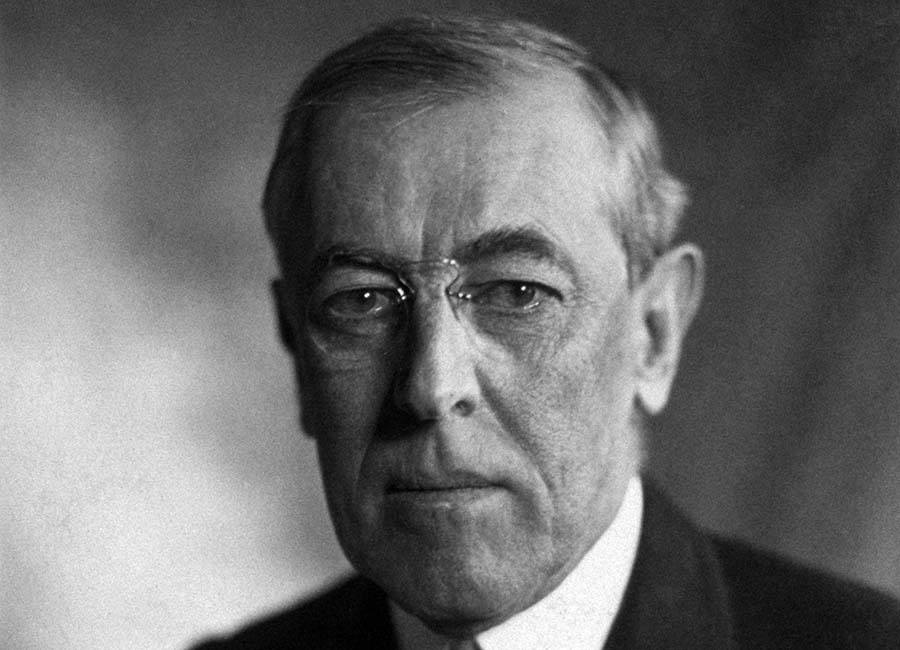 Before growing conflict overseas, Wilson ultimately went against that principle in 1917, when he told Congress that diplomatic attempts to negotiate peace with Germany had failed, and thus called on Congress to declare war as violence escalated in Europe. More than 116,000 Americans would then die during the course of World War I. 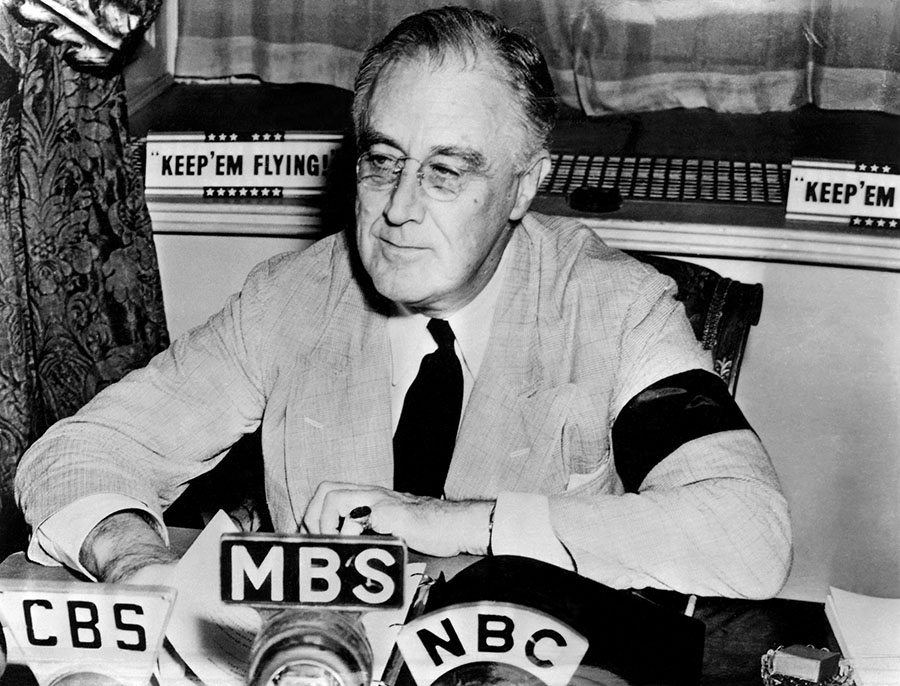 The 1929 stock market crash left millions of Americans reeling and in need of aid. Still, business leaders and the public writ large feared that if the government spent too much money to dig the economy out of its hole, it would lead to inflation. Thus, it became imperative for any presidential candidate to promise the public that he would balance the budget — which Franklin Delano Roosevelt did in 1932.

Roosevelt’s “New Deal” campaign — or federal investment in works programs and rural development — resonated with millions of Americans, especially when he vowed that this investment would actually balance the budget. In 1932, Roosevelt won in a landslide victory, carrying 42 states to incumbent Herbert Hoover’s six.

Roosevelt followed through on part of his promise. The federal government conducted major deficit spending to provide work and cash for millions of Americans. But he totally failed on one end: balancing the federal budget while doing so. By 1936, federal outlays hovered at $8.2 billion, far higher than Hoover’s $4.7 billion deficit.

George W. Bush on Being a “Compassionate Conservative” 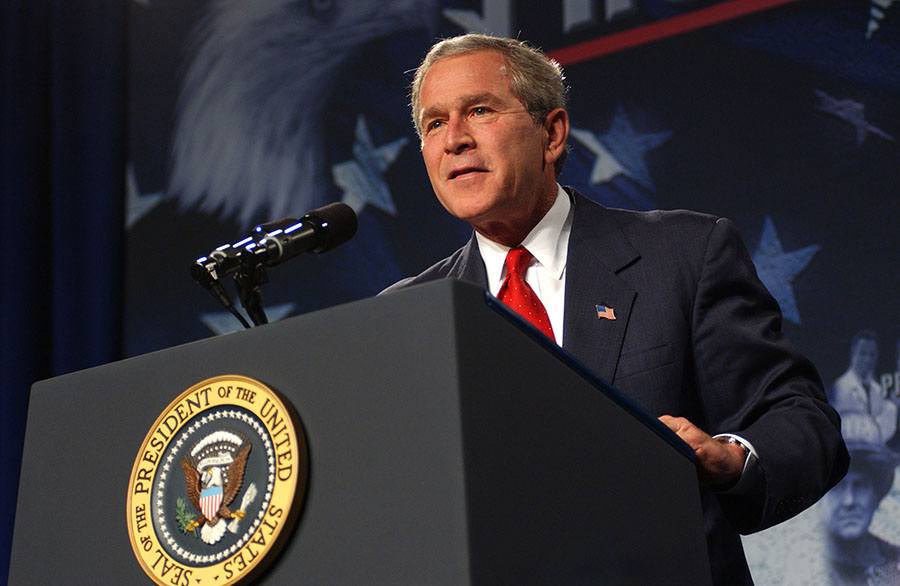 During his 2000 presidential campaign, George W. Bush branded himself as a “compassionate conservative,” or someone who would use conservative techniques to improve general welfare. Bush applied this conservatism to foreign affairs, saying that the U.S. should refrain from dictating the shape of global order.

During the October 11, 2000 presidential debate, Bush stated that “I’m not so sure the role of the United States is to go around the world and say this is the way it’s got to be… I think the United States must be humble and must be proud and confident of our values, but humble in how we treat nations that are figuring out how to chart their own course.”

However, his response to 9/11 via the September 20, 2001 “War on Terror” speech and the 2003 Iraq invasion proved otherwise. Indeed, Bush presented the United States as the world power, and one with a responsibility to intervene where and when the federal government sees fit. Since the U.S. invaded Iraq in 2003, recent studies estimate that approximately 500,000 people have died. 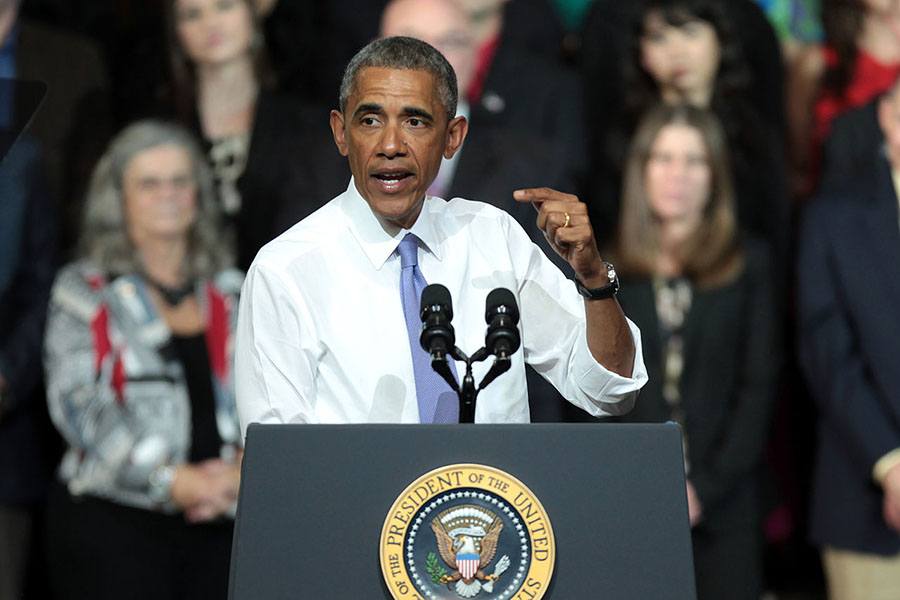 While Barack Obama has made good on many of his campaign promises, one 2008 pledge stands in abject failure: his vow to close the Guantanamo Bay detention camp in Cuba.

The Bush administration established the military prison in 2002 in response to the 9/11 attacks. Since its opening, it has drawn considerable controversy for the human rights violations that have taken place within its walls, including sensory deprivation, waterboarding, and prolonged isolation.

It’s also a drain on federal coffers. Housing the prisoners in “Gitmo” costs the U.S. at least $445 million per year, according to the Department of Defense, figures that Obama has cited in making his case to shut it down. However, Republican objections to the prison’s closure have halted any effort that Obama has made to shutter its operations, and to this day it remains open.

Next, read up about the flaws of our Founding Fathers, vis-a-vis some of the pretty terrible things they did while in office. Then, have a look at the 21 most shocking things that U.S. presidents have said and done.