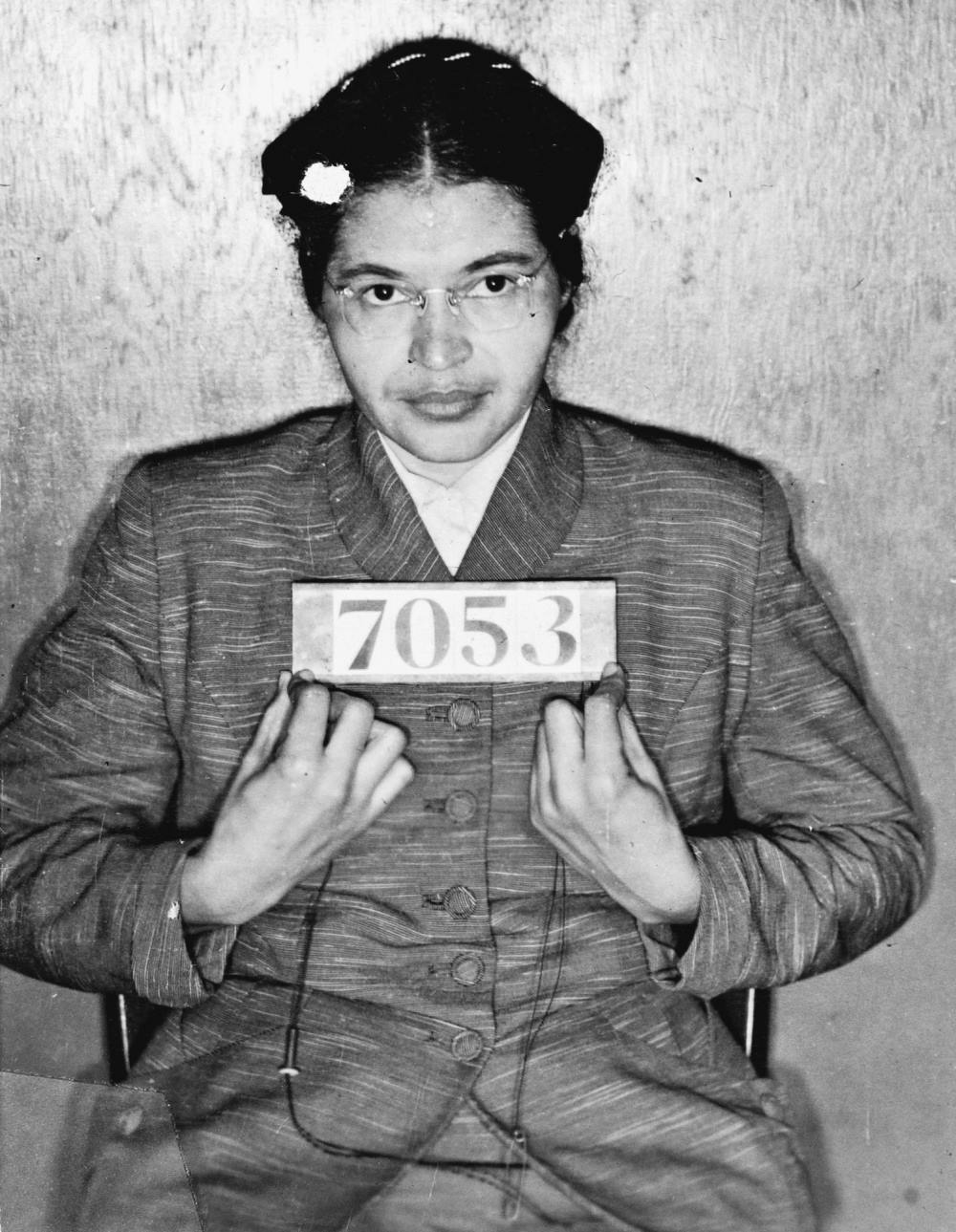 While Rosa Parks wasn’t the first woman to refuse to move while on a Montgomery bus, she was certainly the most iconic. With segregationist seating policies in place in Alabama’s bus system since 1900, by 1955 Rosa Parks–like most of her black counterparts–was fed up with being treated as second-class when her money played an equal role in keeping the bus system solvent and acted accordingly. While her stern resolve against the bus driver resulted in a brief stint in jail, it also aided in catapulting the cause for civil rights to a much broader scale. Rosa Parks mug shot became one of the most famous photographs of the civil rights movement.