You Can Now Dive Down To The Titanic, But It Will Cost You

More people have been to space than to the wreck of the Titanic, but over the next few years that could change. 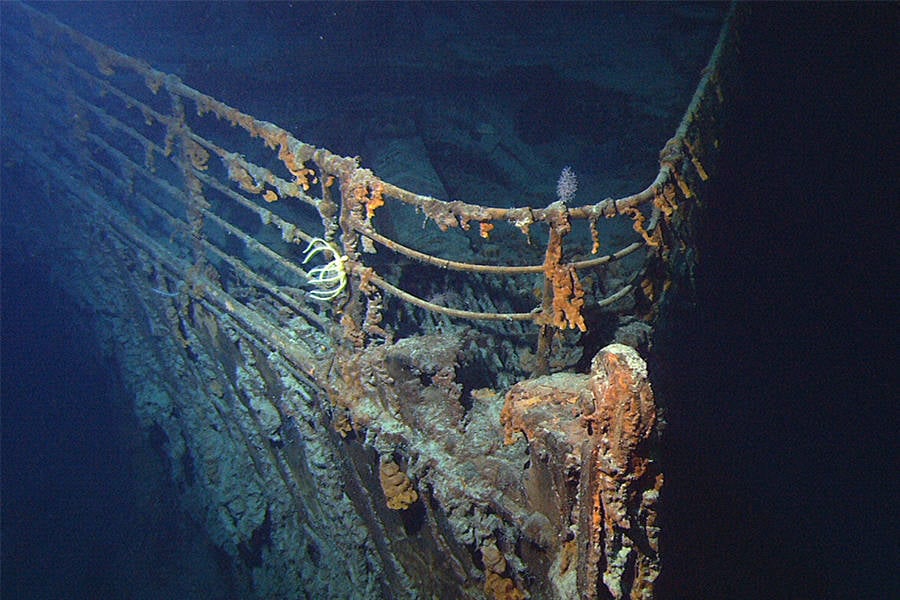 Wikimedia CommonsThe bow of the Titanic.

It wasn’t until 1985 when the wreckage was found. Since then only a handful of expeditions have dived down to the watery grave, with most of them by Titanic director James Cameron. In fact, more people have been to space than to the wreck of the Titanic.

And the journey won’t even involve a pleasure cruise.

Though the price screams luxury yacht, the trip includes seven days on a chartered research ship and at least one dive to the wreck site. The vessel that takes the explorers down to the wreck is a five-person mini-sub, and the journey can take anywhere from six to nine hours. There’s also no bathroom – just a portable toilet and a little screen for “semi-privacy.”

So if you’re expecting a relaxing, educational trip on a luxury yacht a-la Rose from Titanic, this may not be the trip for you.

“It’s not for somebody who’s frail, but it’s not as strenuous as, say, climbing a major mountain or going on a one-week bike trip through the Alps which some of our participants have done,” said Stockton Rush, CEO of OceanGate Inc., the private Washington-based company that’s running the expedition. 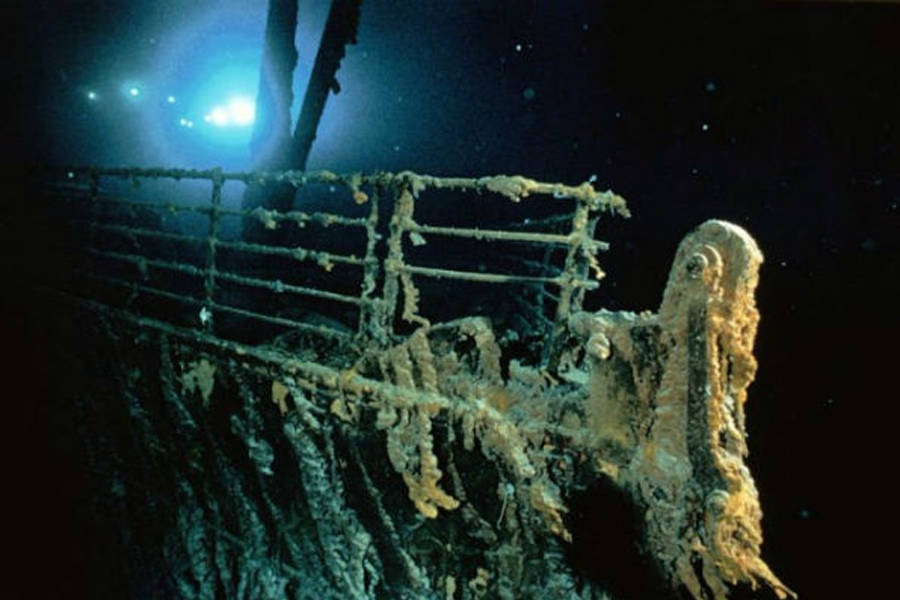 YouTubeThe bow and railing of the Titanic.

“We have some folks who are mountain climbers, we have others who’ve been to the South Pole,” said Rush. “One guy, I think he snowshoed to the North Pole. It’s a varied group, but I think the unifying characteristic is they’re adventurous.”

The group ranges from 23 to 75 years of age and has been preparing almost as long as Rush has. Before they’re allowed to embark on the journey, they need to be trained in emergency situations. They’re going through training for how to escape a helicopter in the water and must be able to quickly climb a 20-foot steel ladder.

If you’re bummed you missed the cutoff for this year’s trek, worry not. Rush said OceanGate is planning another expedition in 2019, for which there are 18 spots open. If that doesn’t work out, the company is also planning trips for years down the line.

Other companies besides OceanGate have also tried to get in on the action.

Blue Fish, a company that calls itself an “exclusive personal concierge service” that “provides VIP access to a more attractive lifestyle” has set up several dives for the future, though they have neglected to name their price.

However, if you’re considering a trip to the wreck of the Titanic you may want to schedule it soon. After more than a century at the bottom of the ocean, the ship is actually starting to disintegrate. Thanks to a newly-discovered species of rust-eating bacteria, known affectionately as “rusticles,” the “ship of dreams” could soon be no more than a rust stain on the ocean floor. In fact, within the next 20 years, it could be gone entirely.

So, if you’ve got an extra $130,000 lying around that you just don’t know what to do with, and you’ve always wanted to see the Titanic up close and personal, you know where to go.

Next, check out these rare Titanic photos from just before and after the sinking. Then, check out these Titanic facts we bet you’ve never heard before. Finally, learn all about the controversial ship known as the Titanic 2.