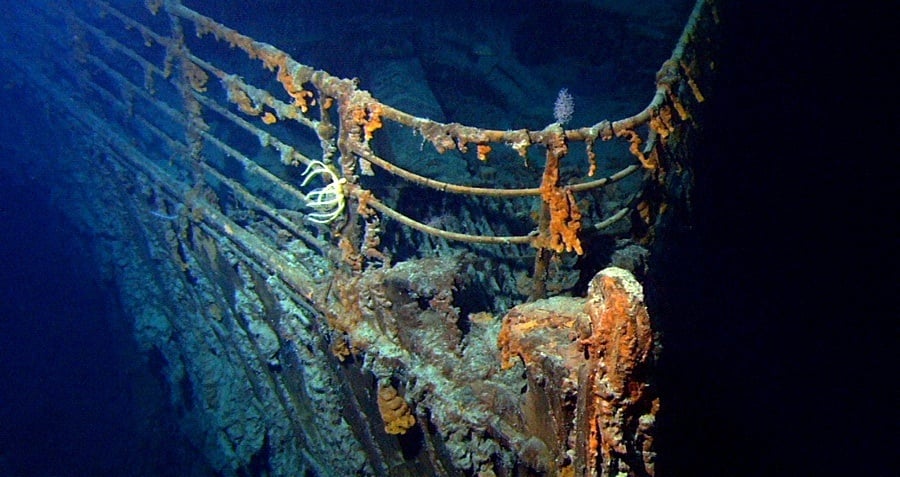 NOAA/IFE/URI via Wikimedia CommonsThe bow of the Titanic as photographed in 2004.

So captivating is the tragic story of the Titanic‘s 1912 sinking that it seems some people are willing to pay major money to go to the bottom of the sea simply to view its wreckage.

For the first time since 2012, History.com reports, civilian tourists will soon be able to visit the remains of the ship 2.5 miles below the surface of the North Atlantic, about 400 miles east of Newfoundland.

Five years ago, 20 tourists paid $59,000 each for that privilege. And while that was supposed to be the last time that visitors would ever be allowed, Blue Marble Private will launch new tourist expeditions in May 2018. But this time, the journeys will cost a whopping $105,129 per person.

That money will buy visitors an approximately week-long chance to explore the wreckage via diving and submersible alongside research specialists. And make no mistake, research is the name of the game here. In fact, the high tourist fees are helping to underwrite said research.

Now more than ever, oceanographers must study and photograph the Titanic as much as they can, for it will likely be gone, experts estimate, within the next 20 years.

But before the ship finally disappears thanks to the rust-eating bacteria H. titanicae (named for the ship), researchers hope to exhaustively photograph the wreckage and ultimately create a photographic 3D model.

The revenue from this new round of tourist visits, which will become an annual occurrence starting in 2018, should go a long way in bringing these photography projects to completion.

Nevertheless, visitors must be careful to follow all of the guidelines established by UNESCO and the National Oceanic and Atmospheric Administration in order to preserve the site for as long as possible.

Rust-eating bacteria aside, the dearth of visitors has likely helped the Titanic remain as in tact as it has for as long as it has. Since oceanographer Robert Ballard first discovered the wreckage in 1985, it’s estimated that fewer than 200 people have ever visited the site.

And while the forthcoming tourist expeditions will give many more people the chance to visit, the wreck will soon be gone forever. Researchers can only hope that they’ll be able to complete their photographic preservation projects in the meantime.

Next, check out some incredible Titanic photos and facts you’ve surely never seen or heard before. Then, have a look at the only known footage of the Titanic.