Inside The Tragic Story Of Flight 93 Hero Tom Burnett

On September 11, 2001, Tom Burnett helped lead the passenger revolt against the hijackers aboard United Flight 93 — and saved untold lives in the process.

Tom Burnett was as playful as he was bookish and often joked that he was one of the last renaissance men alive. He was a well-read history buff who couldn’t shake an illogical sense of doom that began to plague him in 2001. After sharing it with his wife, he boarded United Airlines Flight 93.

The San Francisco-bound plane was hijacked 46 minutes after takeoff. Four al-Qaeda terrorists armed with knives, guns, and a bomb rerouted the flight to Washington, D.C., to crash into either the Capitol Building or the White House. Burnett didn’t know it yet, but two other planes had already hit the World Trade Center. 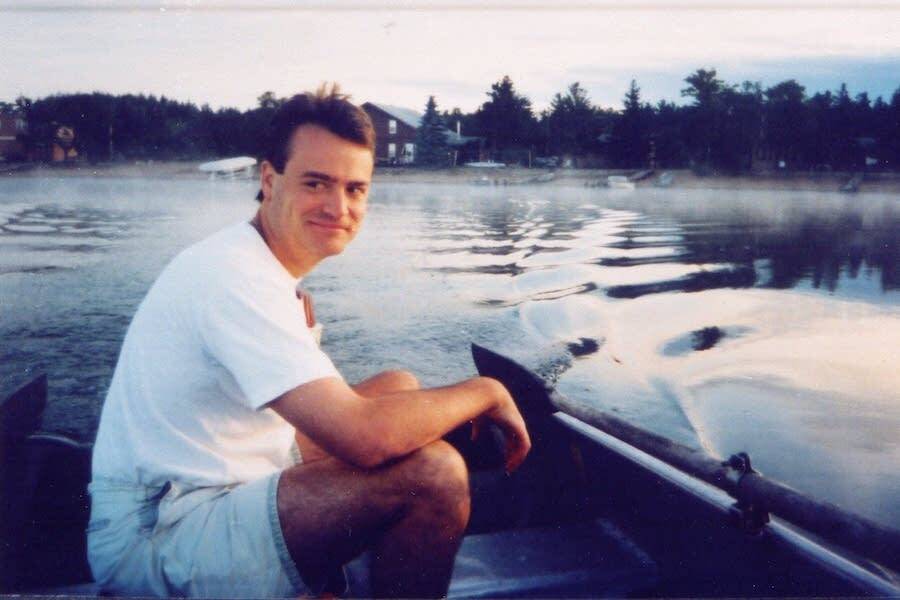 Deena BurnettBurnett enjoyed hunting and was an avid reader.

Passengers on Flight 93 only learned about the September 11th attacks in New York City when family members called them in a panic. A flight attendant herself, Deena Burnett was watching the day’s events on television back home when she received her husband’s phone call. She urged him to remain quiet and stay in his seat.

The college quarterback wouldn’t dream of it, however, and galvanized fellow passengers and athletes Mark Bingham, Todd Beamer and Jeremy Glick into retaking control of the plane. Flight 93 crashed in Shanksville, Pennsylvania, at 10:03 a.m. killing all aboard, but Burnett’s story hasn’t been forgotten.

Thomas Burnett was born on May 29, 1963, in Bloomington, Minnesota. He and his sisters Martha and Mary Margaret were raised by loving parents, Beverly and Thomas Burnett, Sr. While he was a promising student at Ridgeview Elementary and Olson Middle School, Burnett truly arrived at Thomas Jefferson High School. 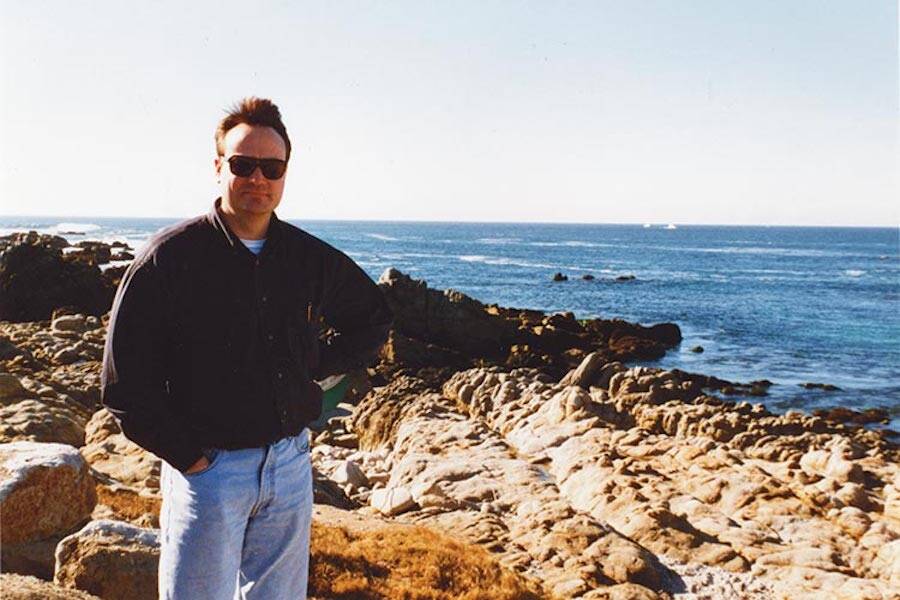 Burnett became a starting quarterback and took the Jaguars to the state finals in his junior year of high school. Graduating with honors in 1981, he was recruited by Saint John’s University. He continued playing football until an injury in his sophomore year forced him to take a different path.

Burnett transferred to the Carlson School of Management at the University of Minnesota to study business. He became president of his Alpha Kappa Psi fraternity before graduating with a bachelor’s in finance, which he bolstered with a master’s in business administration at Pepperdine University — planning to retire at 40.

He was 26 when he met Deena Bailey in Atlanta, Georgia, and 30 when he married her in April 1992. Moving to San Ramon, California, to start a family, they had three daughters: Halley Elizabeth, Anna Clare and Madison Margaret.

Burnett kept busts of figures like Thomas Jefferson, Abraham Lincoln, and Winston Churchill in his office. He aspired to run for office after retirement and shared his interests with his nephew, Devin O’Brien. When he began feeling palpable unease in 2001, he tried to focus on his family — which they’ll never forget. 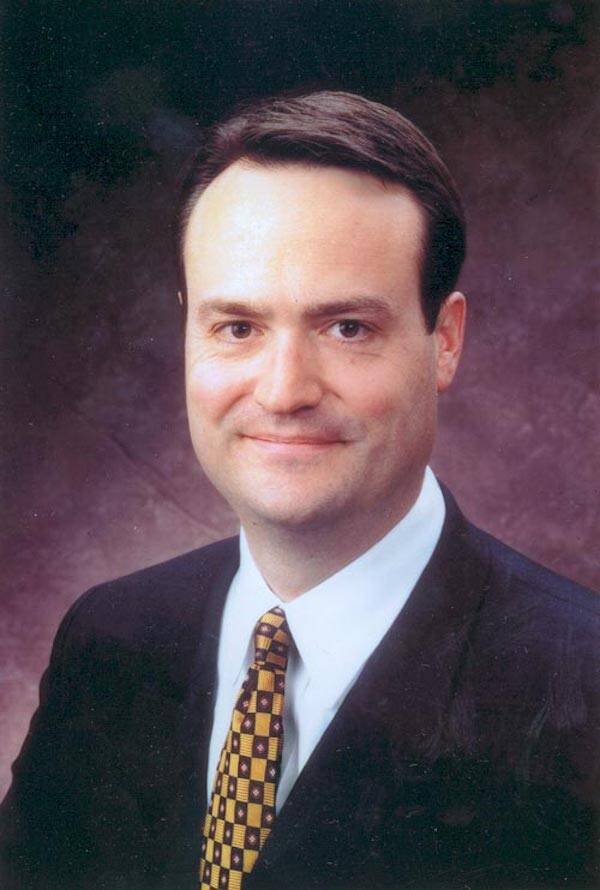 “He was someone who took his faith seriously and his citizenship seriously,” said O’Brien. “He had the values and belief system that goes along with those ideas. Service and leadership — those things were real to him. Those are the lessons he tried to impart on me when we went hunting together.”

Tom Burnett thrived beyond measure at the tail-end of the last millennium. He became vice president of sales and marketing at medical devices company Thoratec in 1996, only to become senior vice president of the firm in 1999. He wrapped a business trip in the tristate area in the fall of 2001 and was set to fly home on September 11.

He boarded United Airlines Flight 93 at Newark International Airport on time, but the 8 a.m. San Francisco-bound flight was delayed due to tarmac congestion. The plane took off at 8:42 a.m. with seven crew members and 37 passengers — including hijackers Ahmed al-Nami, Saeed al-Ghamdi, Ahmad al-Haznawi, and Ziad Jarrah.

In the fourth row of first-class, Burnett had no idea that American Airlines Flight 11 had struck the North Tower of the World Trade Center at 8:46 a.m. or that United Airlines Flight 175 crashed into the South Tower at 9:03 a.m. When the hijackers on his own plane stormed the cockpit at around 9:28 a.m., he called his wife. 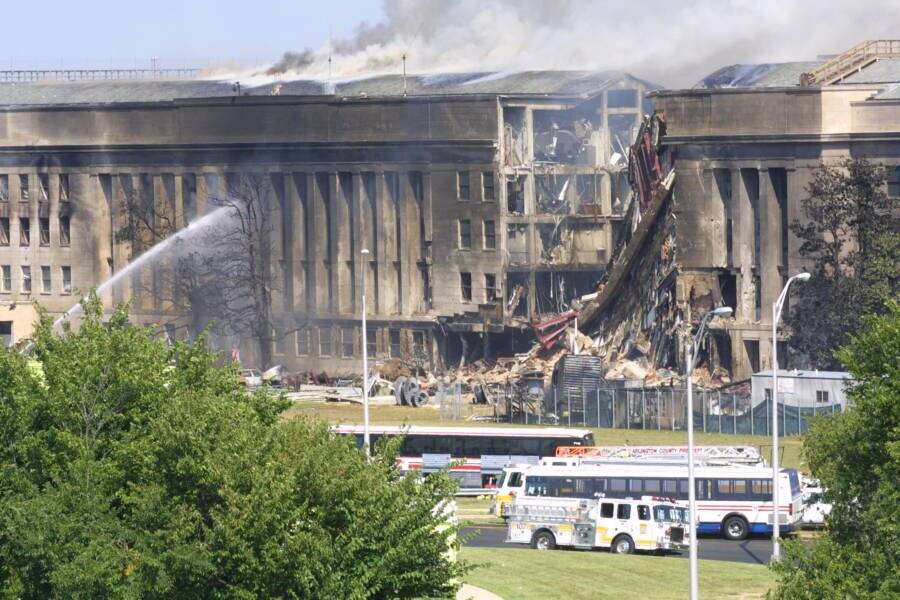 “Yes, yes, just listen,” he said, interrupting her. “Our airplane has been hijacked. It’s United Flight 93 — Newark to San Francisco. We are in the air. The hijackers have already knifed a guy, one of them has a gun, they are telling us there is a bomb on board, please call the authorities.”

During his second call at 9:34 a.m., he told his wife that he failed to revive a stabbing victim. Deena Burnett informed him that both World Trade Centers had been hit by commercial airliners. As he realized that he was aboard a suicide mission, his wife overheard him talking to passengers before he hung up.

When Burnett called his wife a third time at 9:45 a.m., she thought he had survived his airplane crashing into the Pentagon, as American Airlines Flight 77 had hit the building eight minutes earlier. Burnett relayed that news to fellow passengers Bingham, Beamer, and Glick, and told his wife, “There’s a group of us. Don’t worry.” 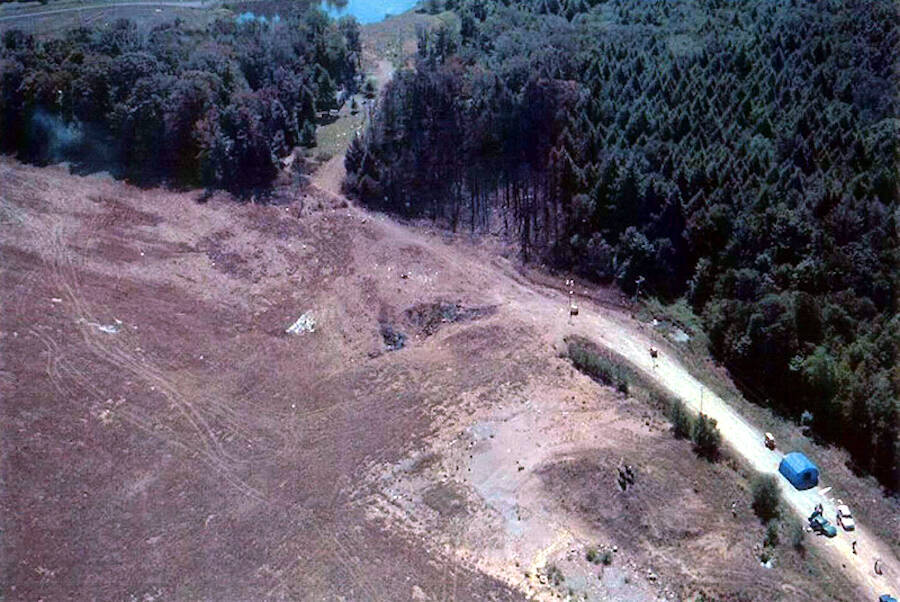 Burnett asked about his kids during his final call at 9:45 a.m. He was happy to hear they were unaware of his situation and calmly eating breakfast. He told his wife he and other passengers were going to storm the cockpit once above a rural area. When she urged him to wait for the authorities, he spoke his last words to her.

“We can’t wait for the authorities,” said Burnett. “I don’t know what they could do anyway. It’s up to us. I think we can do it… Pray, Deena, just pray… Don’t worry, we’re going to do something.”

The Legacy Of Thomas Burnett

The revolt began at 9:57 a.m. According to The 9/11 Commission Report, Burnett and the other passengers were mere seconds away from thwarting the hijackers when the plane crashed into a field in Shanksville, Pennsylvania, at 10:03 a.m. All 44 souls aboard died instantly.

Flight 93 was 20 minutes away from the capital when it crashed. September 11 continues to live in infamy, as does the decades-long War on Terror that followed. While Burnett was buried at Fort Snelling National Cemetery in Minnesota on May 24, 2002, his courage, faith and resilience were honored across the country for years. 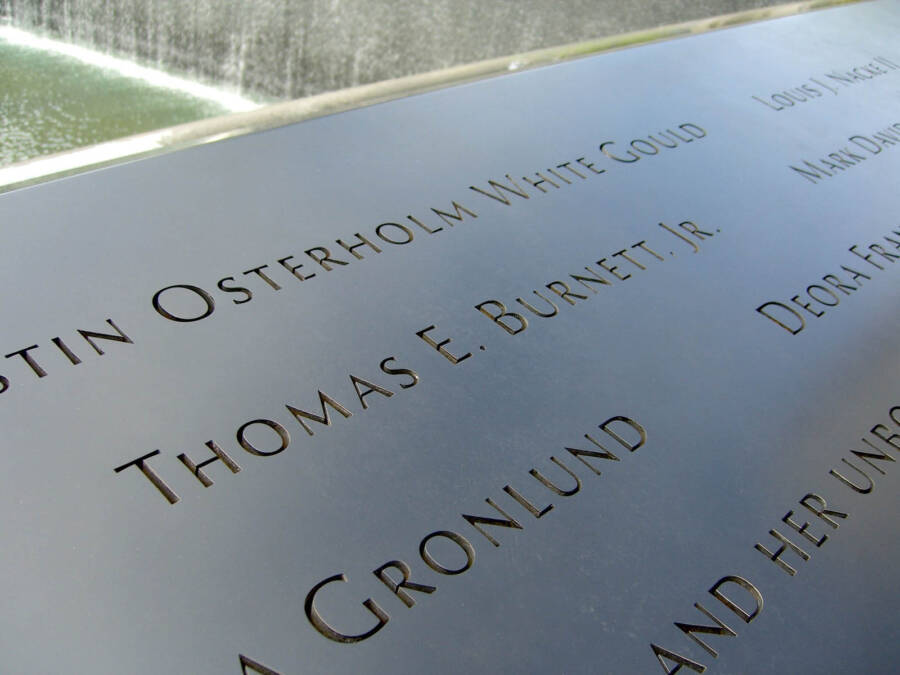 Wikimedia CommonsBurnett’s name at the 9/11 memorial in Manhattan.

The Jefferson Jaguars donned Burnett’s jersey number three days after his death. In March 2002, a street outside his company was renamed Tom Burnett Lane. The Tom Burnett 9/11 Memorial was erected at the Mall of America in Bloomington on Sept. 11, 2002, and his local post office was renamed in his honor.

“We tend to focus on how people died that day,” said O’Brien. “But I’d like to see us focus not on how those people died, but on how they lived. Especially in their last moments. On all the acts of heroism we saw that day… Tom and the other passengers who decided to act and retake control of that plane… they really showed the best of humanity.”

After learning about Tom Burnett, read about Henryk Siwiak, the last man murdered on 9/11. Then, learn about Neerja Bhanot, the hero of the Pan Am Flight 73 hijacking.