From the 1960s until her death in 2014, Yuri Kochiyama fought for civil rights, reparations for Japanese Americans detained in concentration camps, and the anti-war movement, among other social justice causes.

She later forged an unlikely friendship with black activist Malcolm X, whose head she cradled in her arms as he died from 21 gunshot wounds. Their bond strengthened her dedication to the African American civil rights movement and her fight against U.S. imperialism.

Though Kochiyama held some controversial opinions, like her admiration for Osama Bin Laden, her legacy of fighting for justice and equality lives on. 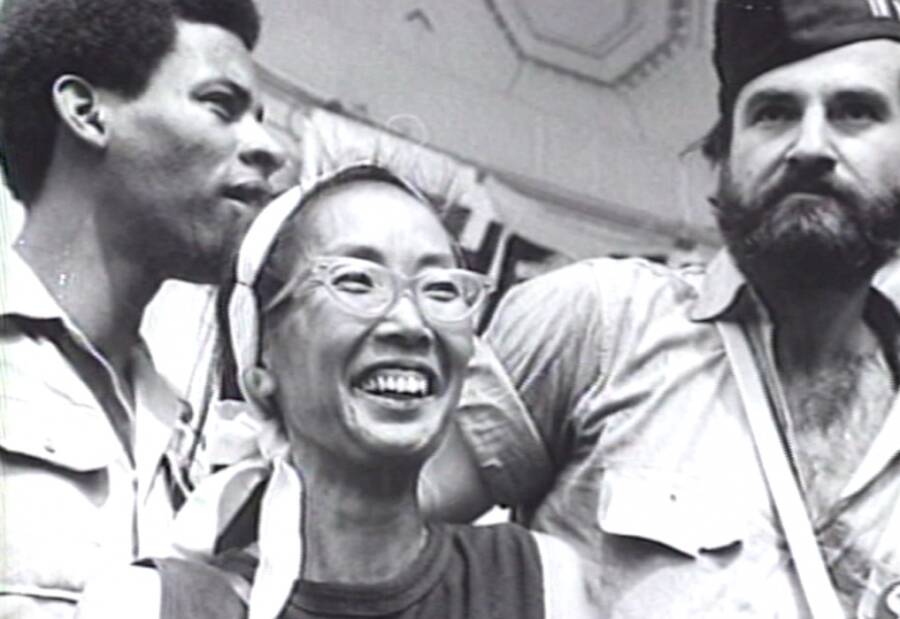 Yuri Kochiyama was born Mary Yuriko Nakahara in 1921 in San Pedro, California, to a family of Japanese immigrants. She was active in her extracurricular activities at school and moonlighted as a sports writer for the local San Pedro News-Pilot.

In college, her interest in journalism and art contributed to her writings for movement publications and creating illustrations for political protest signs. But according to Kochiyama, her political awareness had yet to fully awaken, and she described herself at that time as, “a small-town gal living comfortably and totally apolitical.”

That changed when World War II broke out. During the war, Kochiyama and her family would experience the discrimination and injustice that first pushed her to fight for equality.

First, Kochiyama’s father Seiichi, an innocent fish merchant, was taken into custody by the FBI shortly after the Japanese military bombed Pearl Harbor. Though he was ill, the FBI detained and interrogated him for several weeks. He was released on Jan. 20, 1942, and he died the next day. 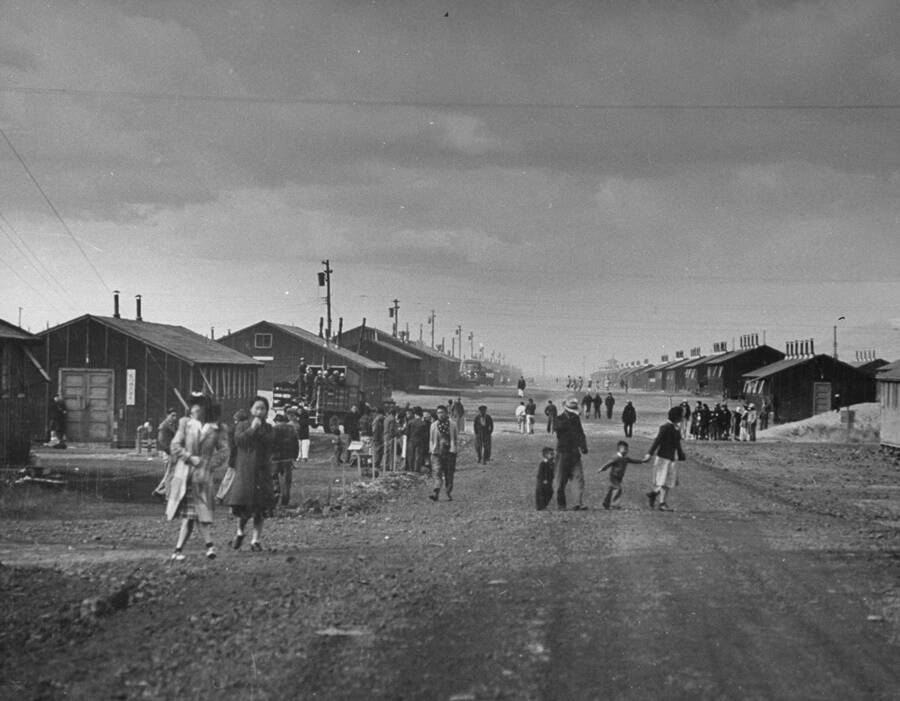 A month later, President Franklin D. Roosevelt signed Executive Order 9066 which ordered 120,000 Japanese American families — including Yuri Kochiyama’s — to be relocated to internment camps in the remote interior West and Arkansas. The Kochiyamas were held for two years at the Jerome Relocation Center in Arkansas.

During this period, Yuri Kochiyama was exposed to the harsh realities of racism against Japanese immigrants. Her family’s experience in the barren concentration camp was, as Kochiyama described it, “the beginning of [her] political awakening.” 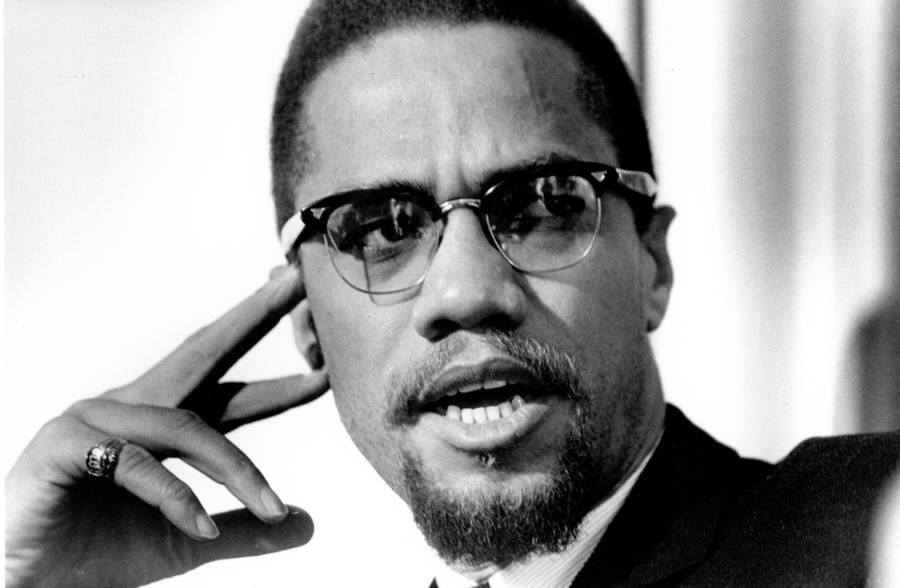 Michael Ochs Archives/Getty Images
“Everyone who’s met [Malcolm X] has said that he did change their life,” said Yuri Kochiyama of her late activist colleague.

In 1948, Yuri Kochiyama and her husband William — a veteran of the decorated all-Japanese American 442nd Regimental Combat Team who she met while detained in the concentration camp — moved to New York City where they eventually settled in the public housing projects in Harlem.

They shared a community with renowned black activists such as Sonia Sanchez, Bill Epton, and Paul Robeson.

By the 1960s, Yuri Kochiyama actively advocated for civil rights causes like black integration, the anti-war movement, and reparations for Japanese Americans from the government.

As a family, the Kochiyamas participated in protest rallies, hosted weekly open houses for activists, and lodged advocates who needed a safe place to sleep. Their household in Harlem was dubbed ‘the grand central station’ by local activists.

“Our house felt like it was the movement 24/7,” said Audee Kochiyama-Holman, Kochiyama’s eldest daughter, of her political upbringing.

Yuri Kochiyama was also friends with Malcolm X. The two forged an unlikely friendship after they met following a workers’ rally in Brooklyn in 1963.

Their brief first encounter made a significant impression on her despite a marked difference in their opinions: she supported integration while Malcolm X largely advocated for a “black nationhood” separate from white America.

“When I first met him I had the gall to tell him that I disagreed with his feelings on integration,” Kochiyama recalled of their introduction. “He didn’t look at me with scorn or ridicule, he was a very big person. He just smiled and said, well, let’s discuss it.”

She later joined Malcolm X’s Organization of African Unity (OAU) and the Malcolm X Liberation University, an experimental educational institution whose curriculum focused on the black power and pan-Africanist movements. 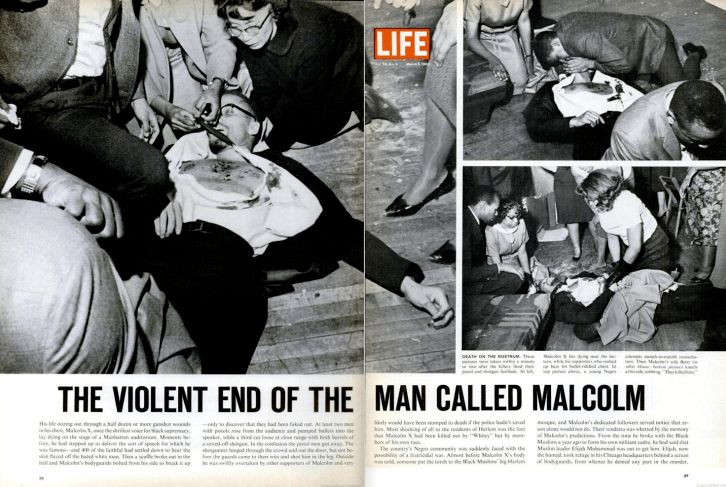 Life magazine via TimeKochiyama holds Malcolm X’s head as he lay on the ground after being shot multiple times.

Malcolm X wrote to her on his trips abroad and made an unexpected appearance during the Kochiyamas’ saloon with Hibakusha, the victims of the atomic bombings of Hiroshima and Nagasaki. He spoke with the victims, sharing his historical understanding of American imperialism in developing countries particularly across Asia.

“It was really just overwhelming and everybody was quite excited about him,” Kochiyama said. “The Hibakushas asked that the translators not interfere once Malcolm got started…I think people were quite surprised at all the things that he said.”

When Malcolm X was assassinated during an appearance in Harlem on Feb. 21, 1965, Yuri Kochiyama was by his side.

“I just went straight to Malcolm, and I put his head on my lap…He just lay there. He had difficulty breathing, and he didn’t utter a word.”

She remained close with his family after his death, and his views on black liberation continued to heavily influence Kochiyama’s own activism within the Asian American community long after. 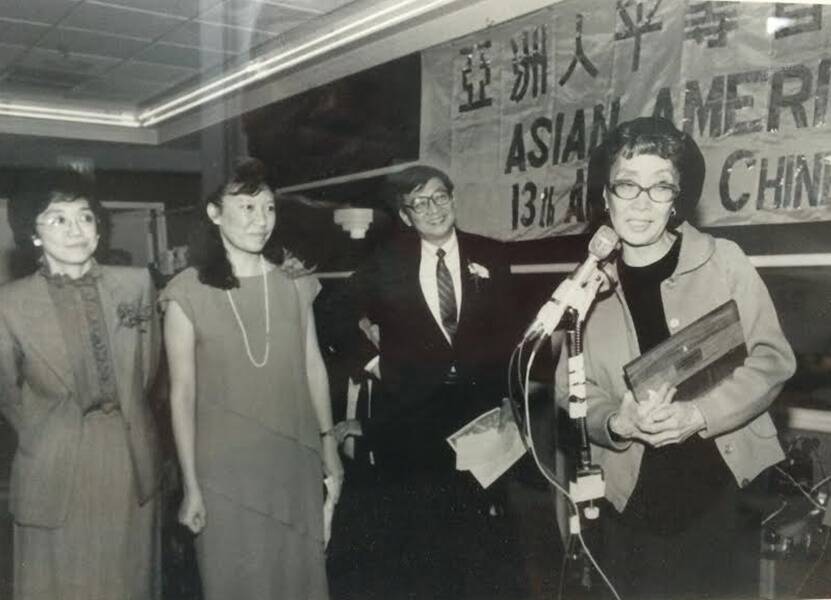 Yuri Kochiyama and her husband were among the early activists who pushed for reparations and a formal government apology for Japanese Americans incarcerated in the concentration camps during the war.

In 1988, President Ronald Reagan signed the Civil Liberties Act into law which led to reparations of $20,000 paid to each of the 60,000 surviving Japanese American families who had been imprisoned.

“She was not your typical Japanese American person…” said Tim Toyama, her second cousin who wrote a one-act play about her friendship with Malcolm X. “She was definitely ahead of her time, and we caught up with her.”

She expressed support for the Shining Path, a Peruvian guerrilla group described by the country’s Truth and Reconciliation Commission (TRC) as a “subversive and terrorist organization” which the commission found responsible for the deaths of 30,000 civilians during their armed conflict against the government. 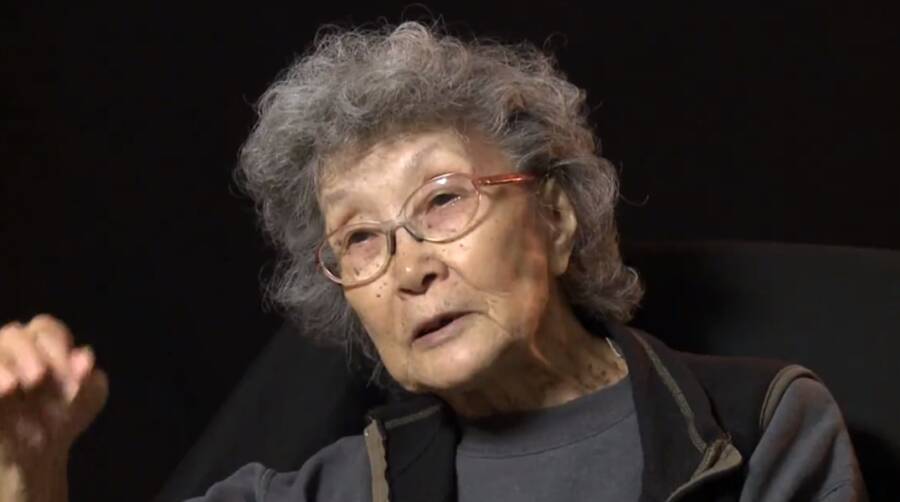 Kochiyama also raised eyebrows when she named Osama bin Laden as one of the figures she admired during a 2003 interview for Objector magazine, equating the terrorist figurehead with other anti-US imperialism leaders like Che Guevara, Patrice Lumumba, and even her own friend Malcolm X.

Yuri Kochiyama supported international liberation movements like Puerto Rican independence from the states, called for the creation of ethnic studies academic programs and protested the Vietnam War alongside other Harlem-based organizers. In 2005, she was nominated for a Nobel Peace Prize.

She remained active in grassroots organizing in her later years until her death in 2014 at the age of 93.

Kochiyama’s dedication to social causes, in the Asian American community and in support of other groups who have been discriminated against, will continue to inspire younger generations of activists long after her death.