Communal Feasts May Have Triggered The Development Of Ancient Civilizations

The cooperation involved in feasting rituals helped shape human civilization as we know it. 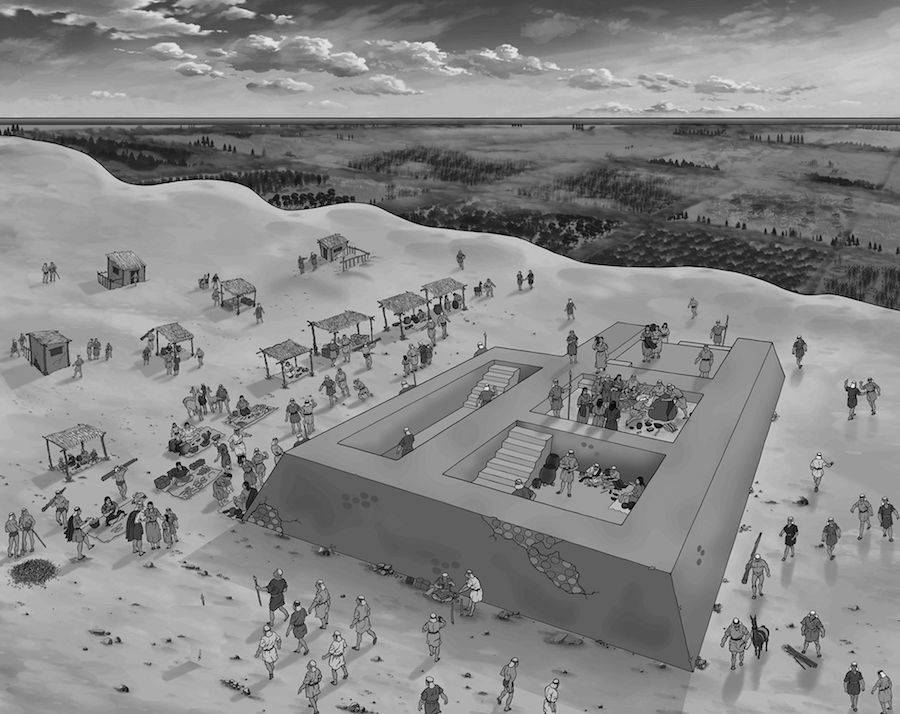 How exactly did modern civilizations become civilized? It’s a critical question when it comes to cultural evolution.

Somehow, early nonstate societies — meaning societies that lacked the structure of institutions like markets, policing, and codes of law — developed the material and social conditions that fostered the complex, hierarchical civilizations we see today.

A recent study, published in the Proceedings of the National Academy of Sciences journal, uses evidence found at a site in Peru to underscore the theory that ancient feasts served the purpose of counteracting the effects that come with a disorganized people, particularly the instinct for individuals to put themselves above the common good of all. In the absence of the traditional state structures, the concept of gathering for large feasts emerged as a way to establish cooperation amongst disparate people.

“The central question is why do people cooperate in ways distinct from any other species,” Charles Stanish, the Executive Director at the Institute for the Advanced Study of Culture and the Environment at the University of South Florida and the study’s lead author, told All That’s Interesting.

“Game theory shows us that cooperation within a group can provide substantial advantages to individuals in the group,” Stanish said. “In this theoretical frame, we find that feasting is an ideal way to overcome the tragedy of the commons problem.”

By hosting and participating in successful feasts, individuals from separate regions had to fulfill obligations that were mutually beneficial for everyone.

In the study, researchers excavated a site that belonged to the ancient society known as Paracas. Paracas was the first stateless society on the south coast of Peru that flourished from the eighth to third century BCE. 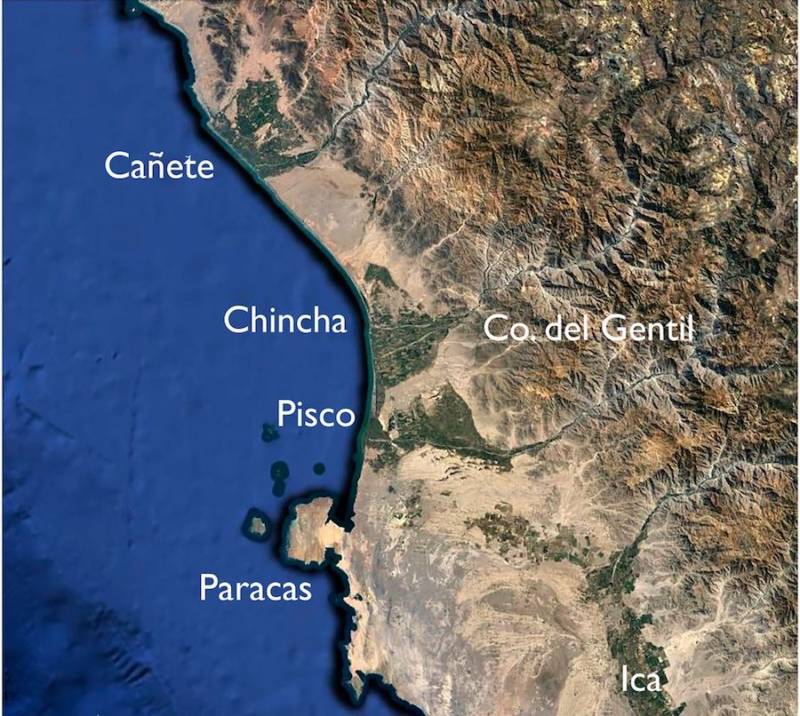 The site that Stanish and his team excavated was Cerro del Gentil, an architecturally advanced platform mound. The well-built structure, which dates back from the fifth to third century BCE, included ramps, stairs, and plastered walls. 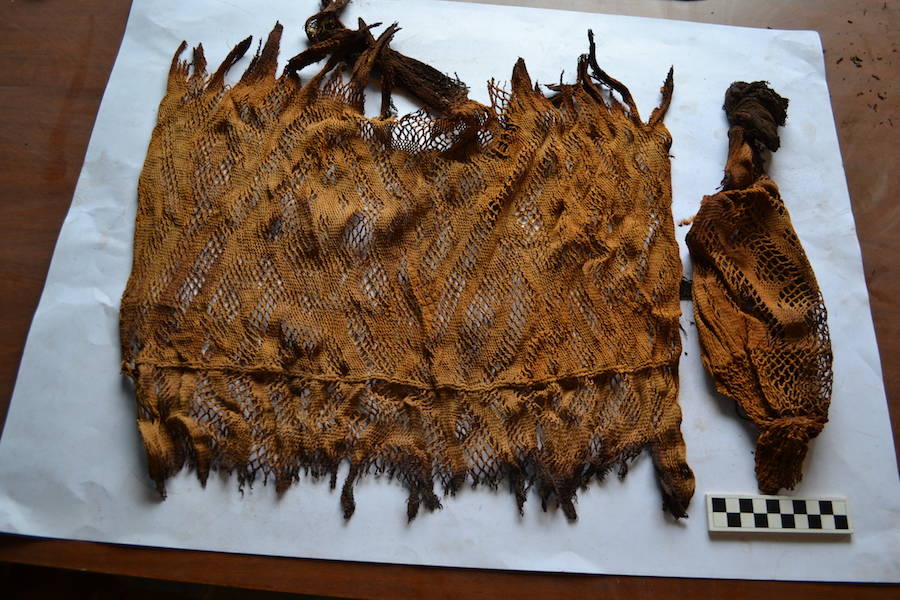 A lack of domestic areas around the site indicated that this location was specifically used for feasting rituals.

Small structures on the site with lines pointed towards the June solstice sunset was a significant time marker for when these feasts occurred, suggesting that these gathers were carefully planned at regular intervals. 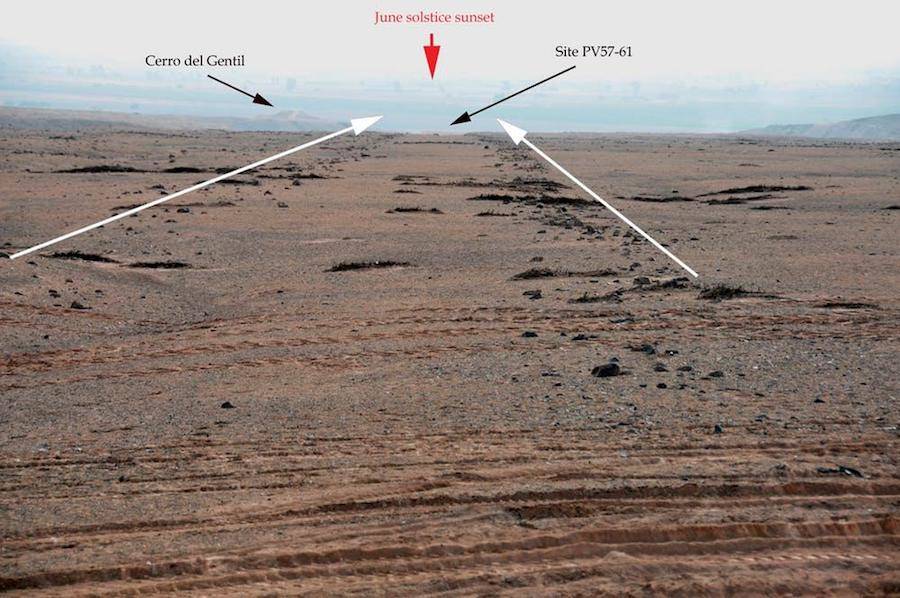 Charles StanishStill visible on the site’s landscape, a path points to where the summer solstice sun set.

Altogether, the evidence demonstrated that Cerro del Gentil was a textbook example of a feasting and ritually-charged center of early social interaction.

In looking at the place of origin of 39 objects found at the site, the researchers were able to determine just how widespread the diversity was of the people who attended the feasts. The discovery that the distribution of Paracus cultural objects came from both coastal valleys and extended into the adjacent highlands supported the theory that geographically diverse groups united at these feasts.

“Feasting provides rewards for cooperators,” said Stanish. Likewise, he explained that feasting allowed for punishment that, seemingly counterintuitively, actually promotes active cooperation within groups and is therefore linked to the development of a set of cultural norms that mark a civilized society.

From the research, we can glean that large-scale feasts were a key step in the evolution of social complexities in ancient cultures.

“That cooperation can evolve in a classic Darwinian manner insofar as it is conceived of as a form of competition at the same time,” said Stanish. “That is, the best way to compete in a regional scale is to intensely cooperate within your group.”

Next, read about Peru’s Rainbow Mountain. Then read about how the mysteries of the Nazca Lines were unlocked.