The Naki Sumo or Nakizumo Crying Baby Festival celebrates the belief that crying babies bring good health and fortune to their futures as well as ward off evil spirits. 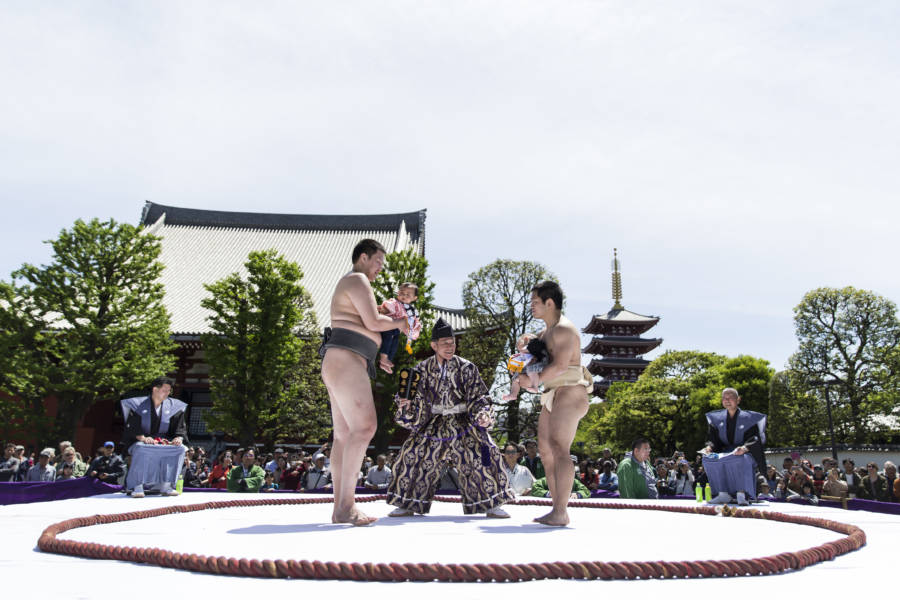 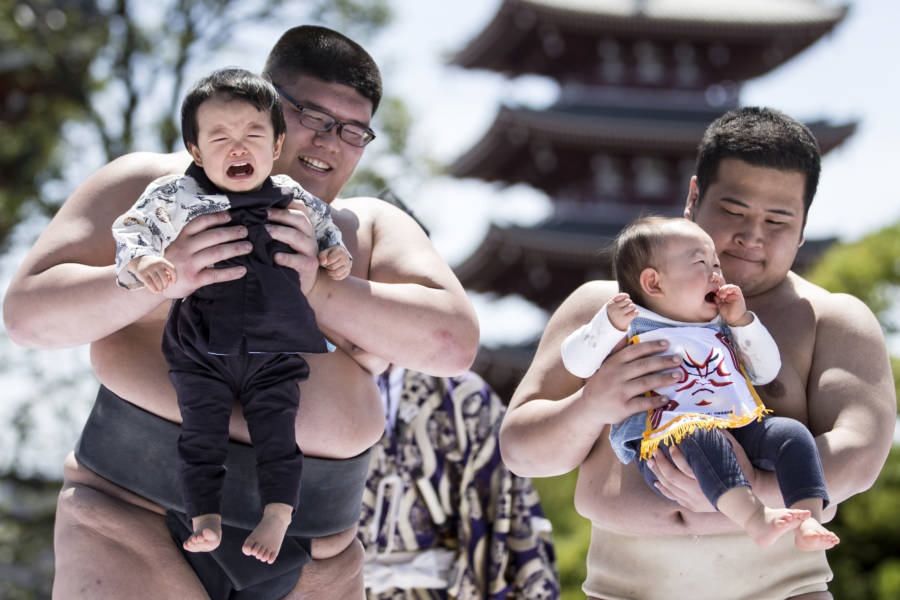 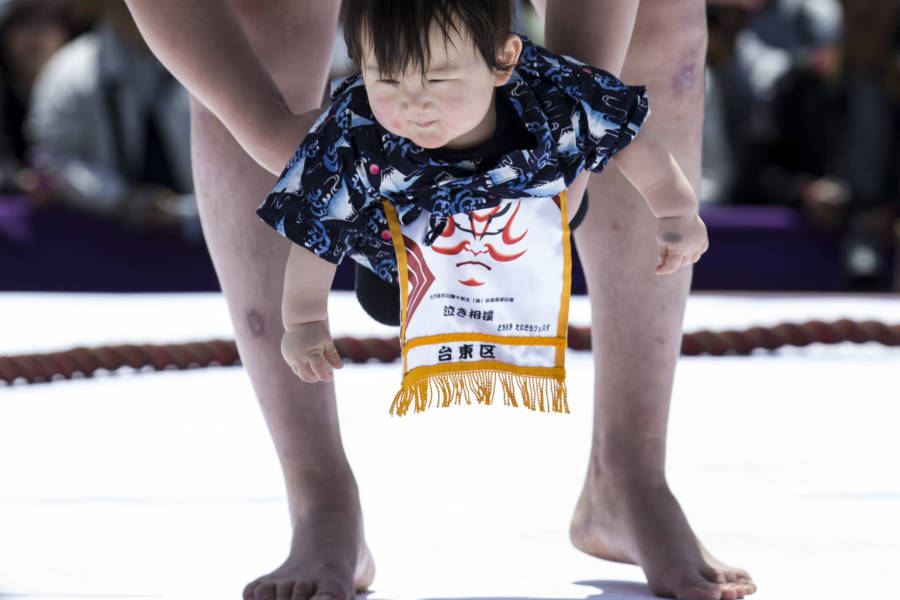 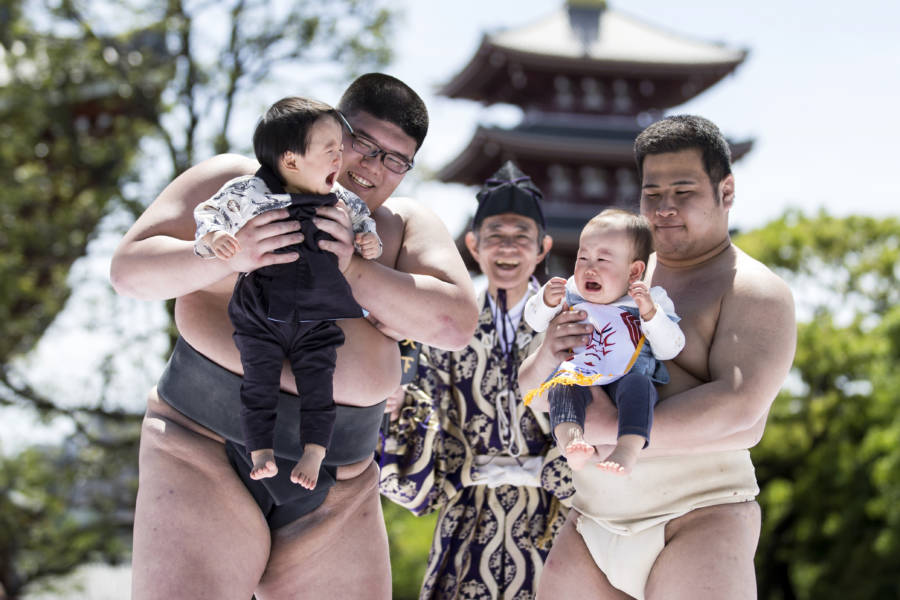 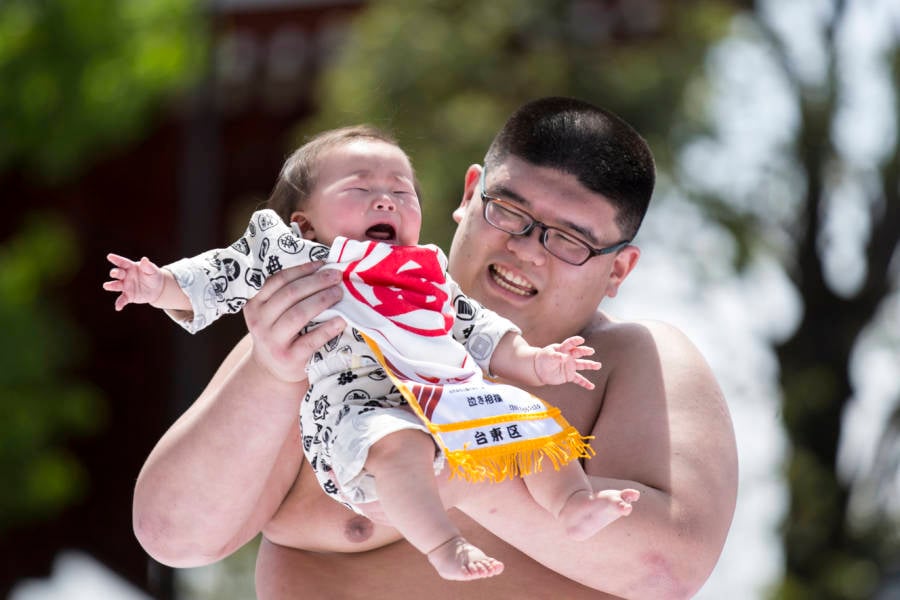 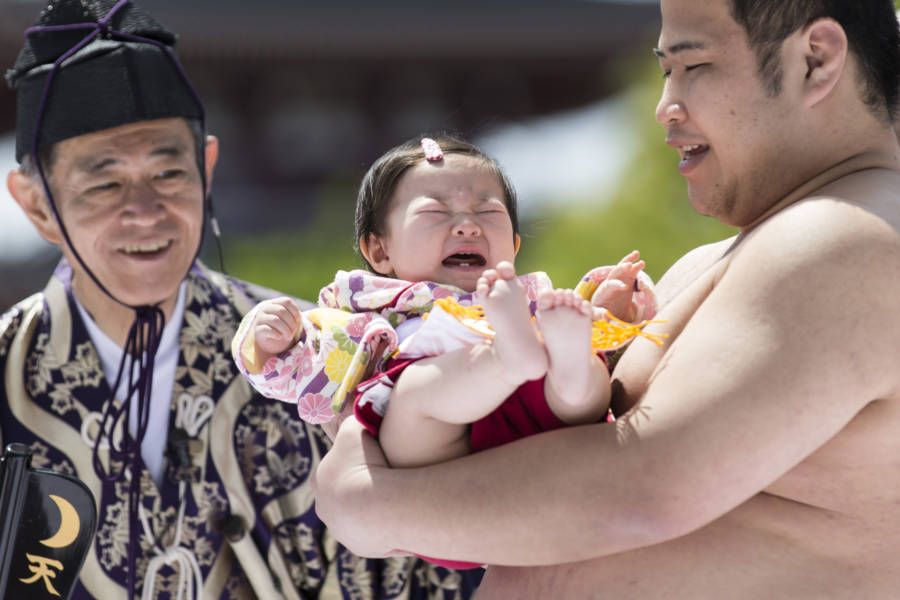 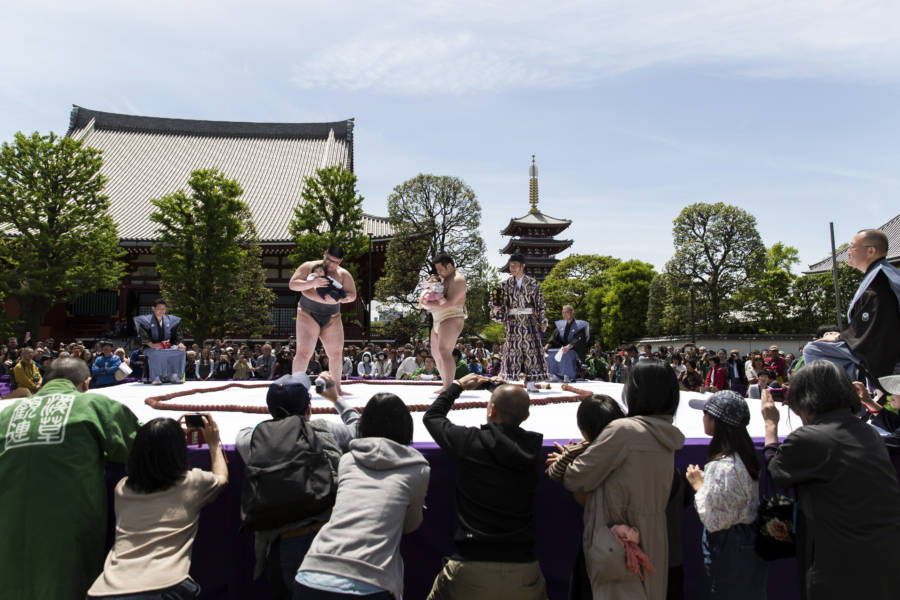 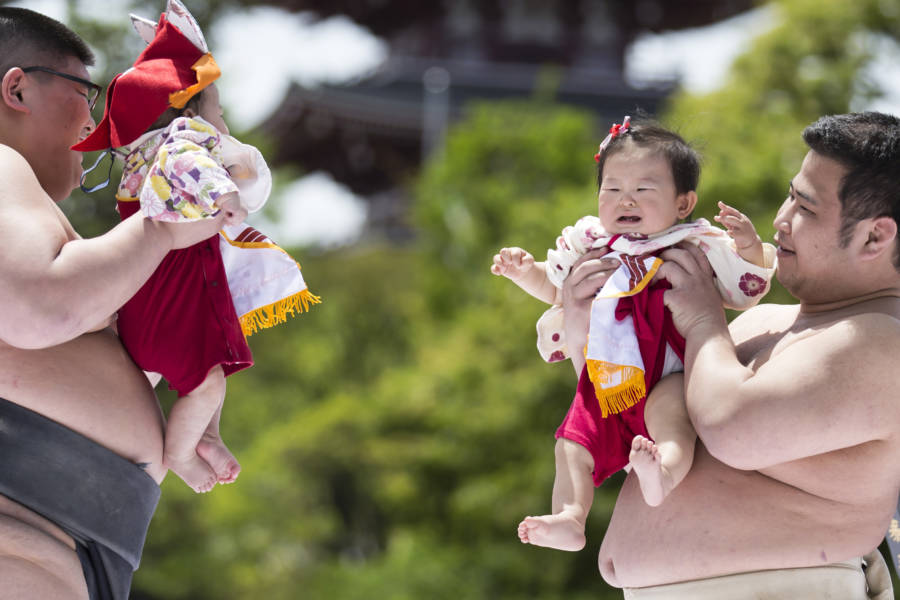 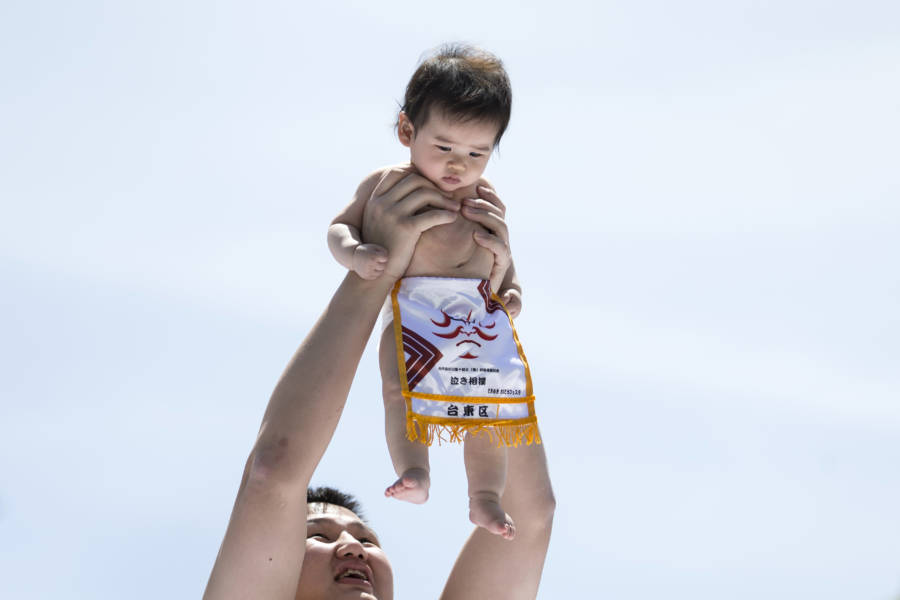 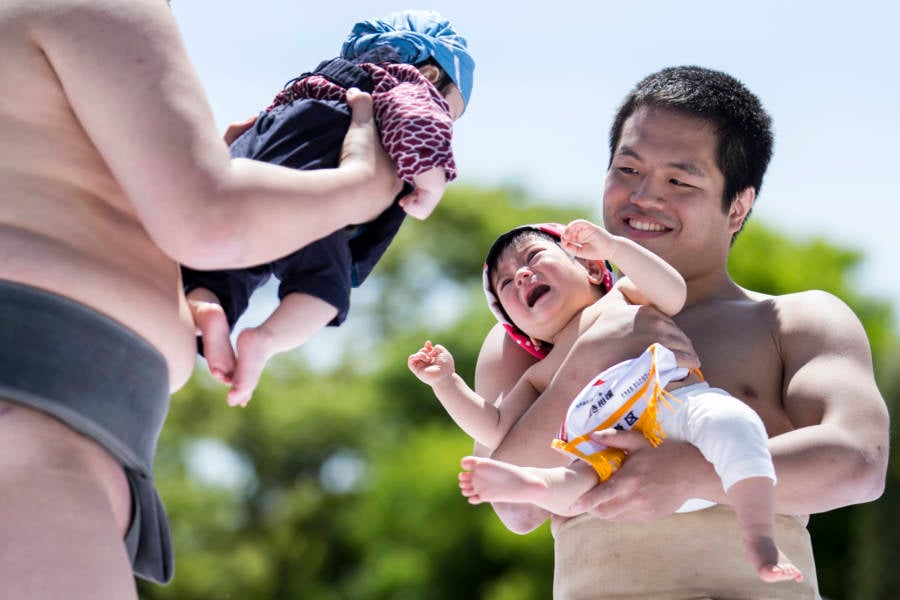 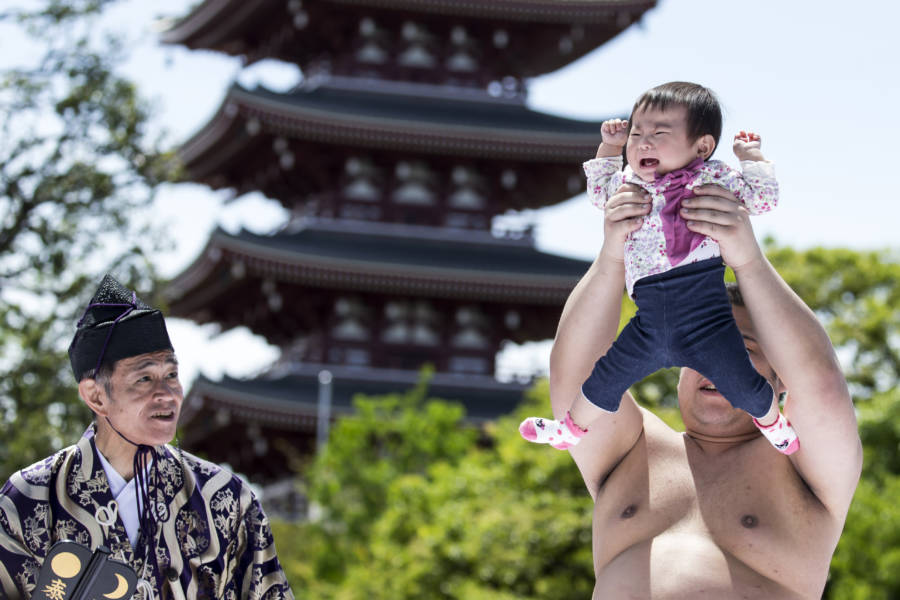 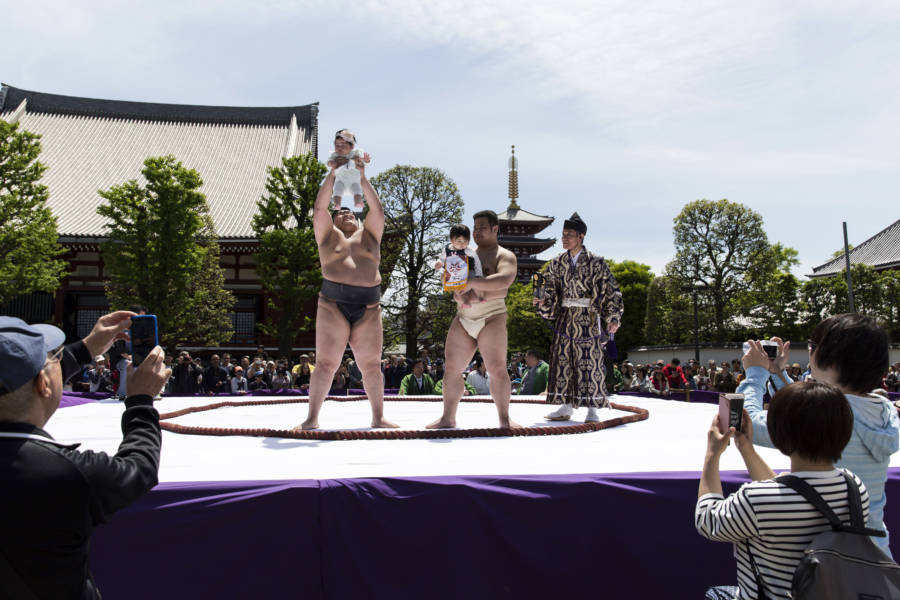 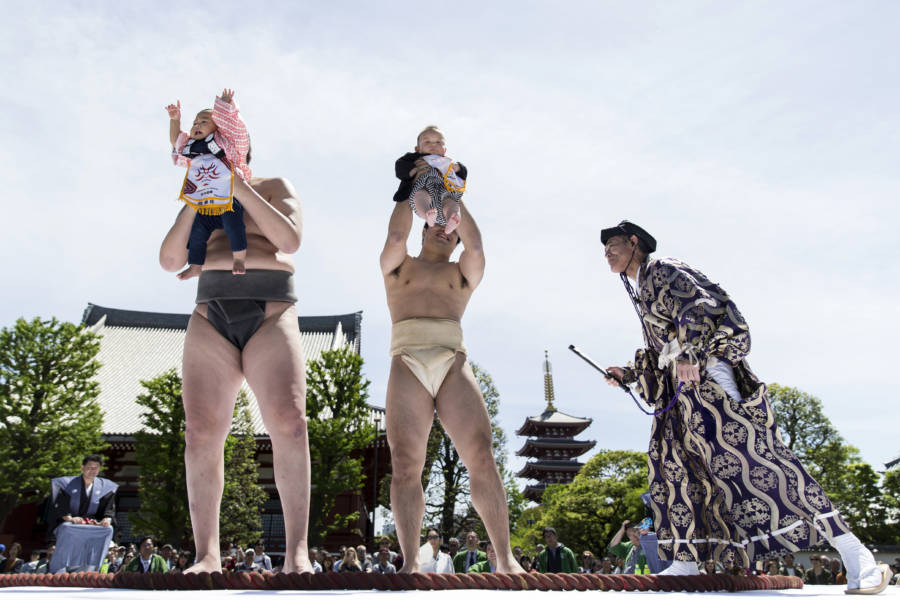 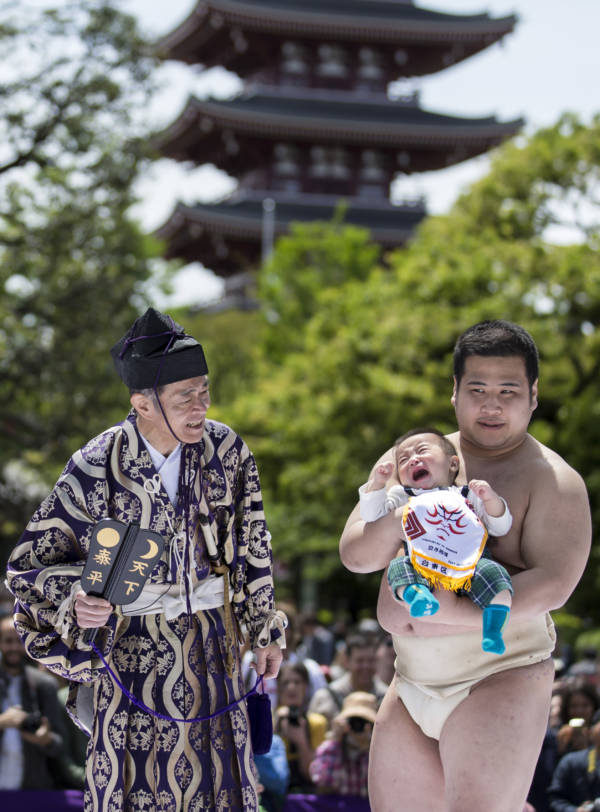 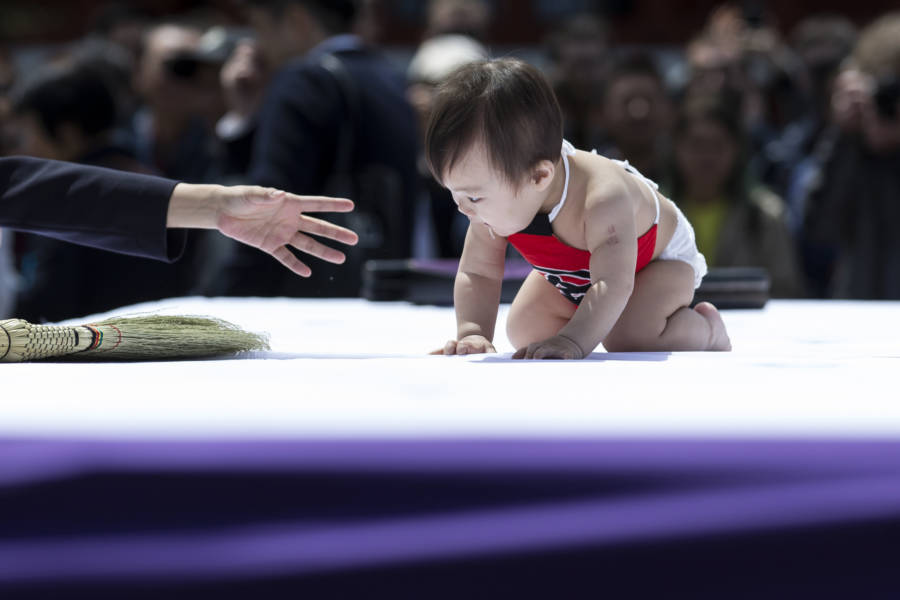 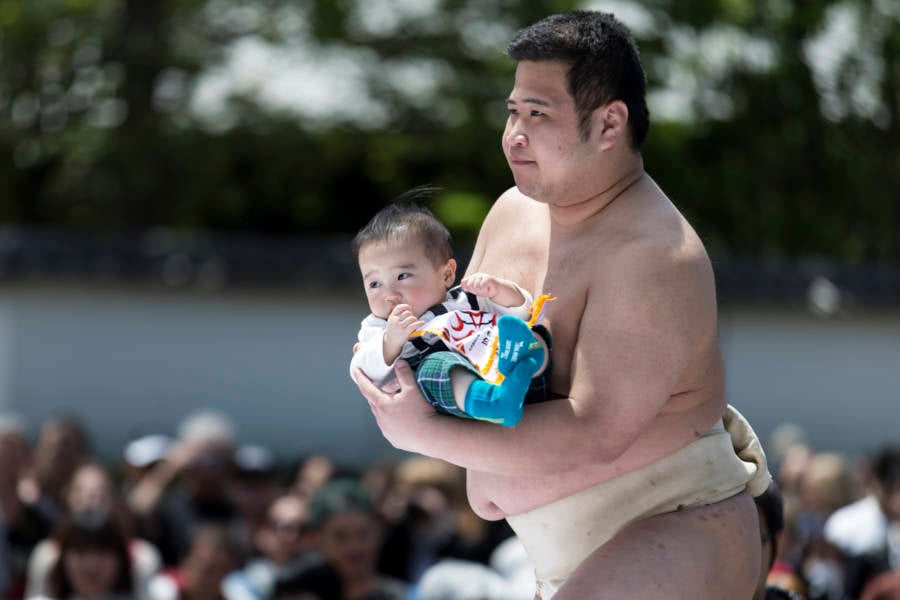 Each year, the peaceful air at Japan's Sensoji Temple is disrupted by wails of crying infants.

Throngs of crowds gather at the temple grounds to watch babies compete against each other in the 400-year-old Nakizumo Crying Baby Festival — which is exactly what it sounds like. Each infant is paired with a sumo wrestler who is meant to make their baby cry before its opponent. Though somewhat disturbing a notion, the resulting image is a wholesome-looking one.

The unorthodox celebration started from the Japanese belief "naku ko wa sodatsu" which according to Japan Travel translates to "crying babies grow." This is the cultural belief that babies who cry will grow up to be strong and healthy. What's more, crying babies are also believed to ward off evil spirits.

The rules of the competition are pretty simple: the first to cry wins. The sumo referee is assigned the dreadful task of making the infants cry which can be done through a number of methods that are enough to induce the babies to tears without being completely cruel.

One way is for the referee to goad the babies by chanting "naki naki" which translates to English as "Cry! Cry!" repeatedly into their faces.

Another trick is to put on a scary mask and startle the babies. The mask is usually of the bird demon tengu, which is one of the evil spirits believed to be drawn away by the sound of bawling babies. Meanwhile, the sumo wrestler gently jiggles the participating baby up and down in the air to help get the waterworks going.

Sometimes the sumo wrestlers will even pull faces at the babies, making the already funny competition feel even goofier.

If one of the babies starts crying first, that baby wins the duel. But if both babies start crying at the same time, then the one who cries the loudest and the hardest wins.

This year, more than 160 babies born in 2018 competed in the Nakizumo or Naki Sumo Crying Baby Festival.

In fact, the contest is so popular among Japanese parents that they flock to submit their one-year-olds as a participant each year. Some contests become so full that parents have to go through a lottery system in order to have their child placed in the ring.

While parents can find smaller versions of the Naki Sumo Crying Baby Festival in their neighborhood or town, the biggest contest is held every year at the Sensoji Temple located in the Asakusa district of downtown Tokyo. This old tradition garners people from all over the country both Japanese residents and tourists alike.

It might seem like a terrible experience to put a child through, but the purpose of the celebration is to ensure that the baby, or the best crier, will have a long, healthy life ahead. Not to mention that the image of husky sumo wrestlers trying to handle crying babies is a rather funny albeit peculiar sight.

It is unclear which baby came away with the champion crier title for the contest in Japan this year, but now that the contest is over, it looks like all of the babies have won.

Next up, read about the La Tomatina Festival, Spain's bizarre tomato-throwing celebration. And then, discover the story of the Yulin Festival, China's controversial dog-eating festival.