From pagers to floppy disks, these pictures are sure to confuse the kids of today. 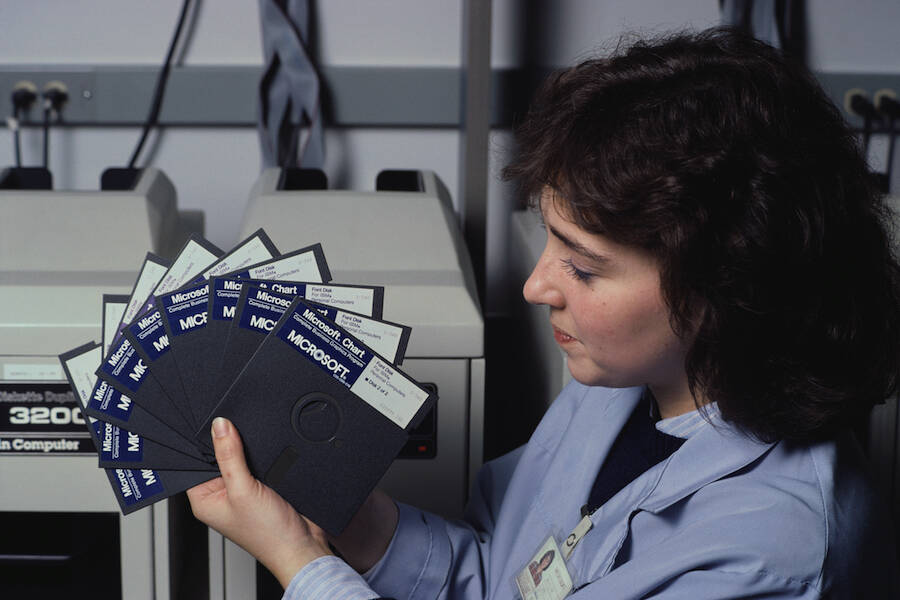 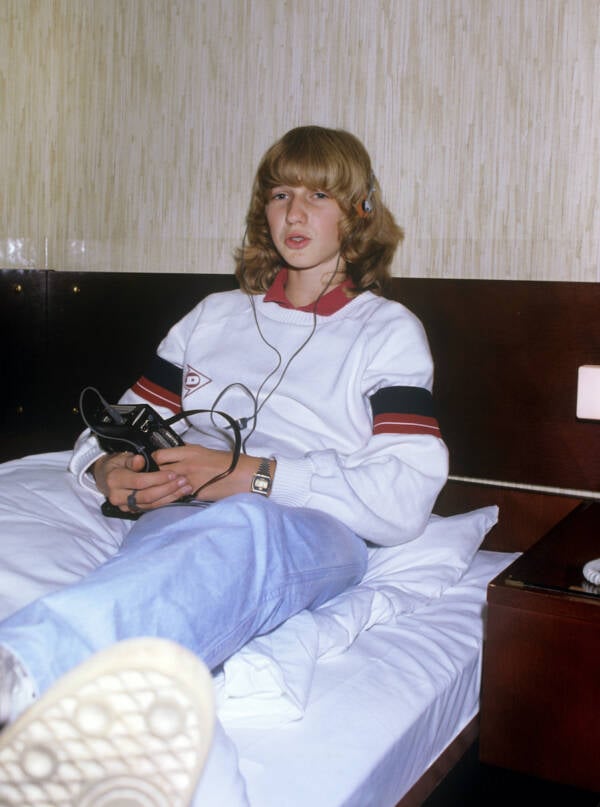 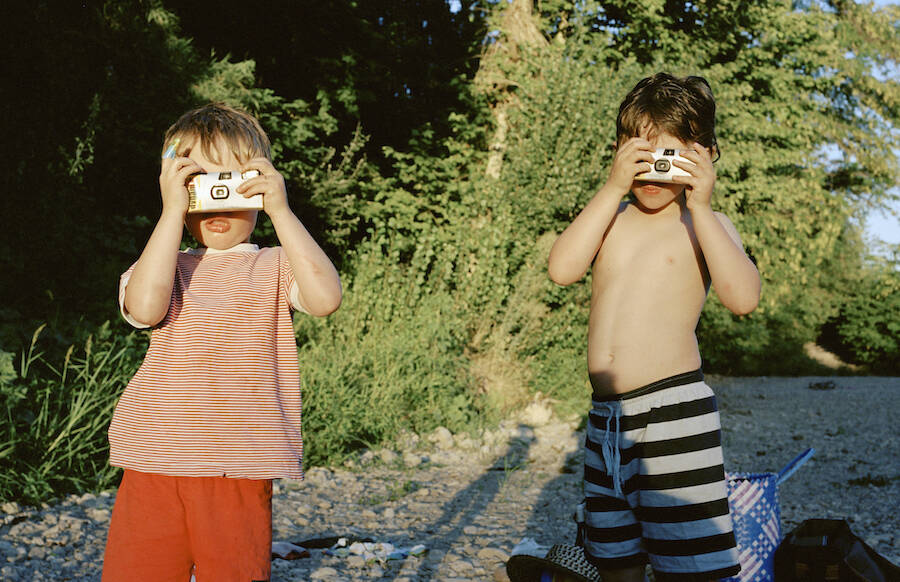 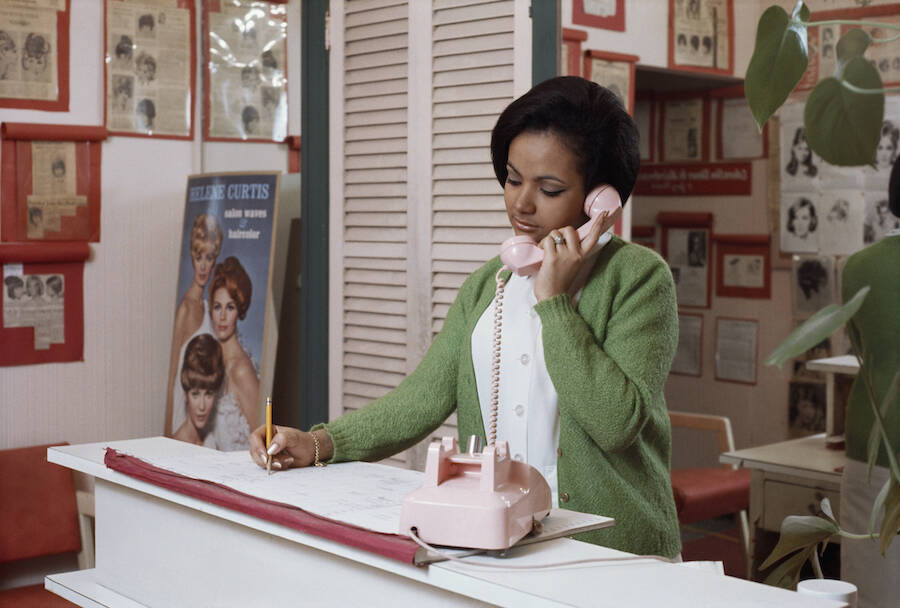 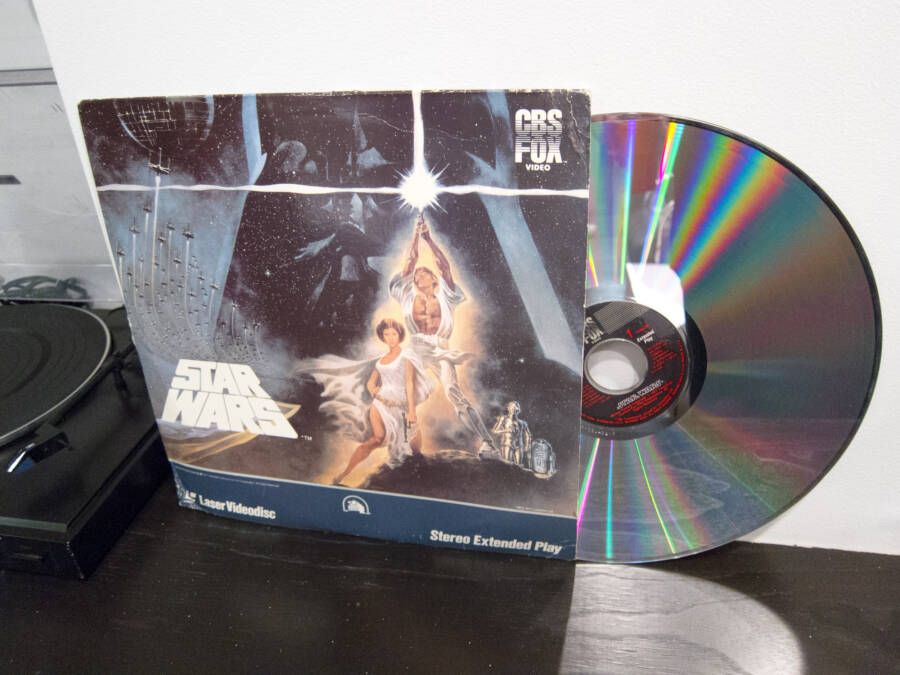 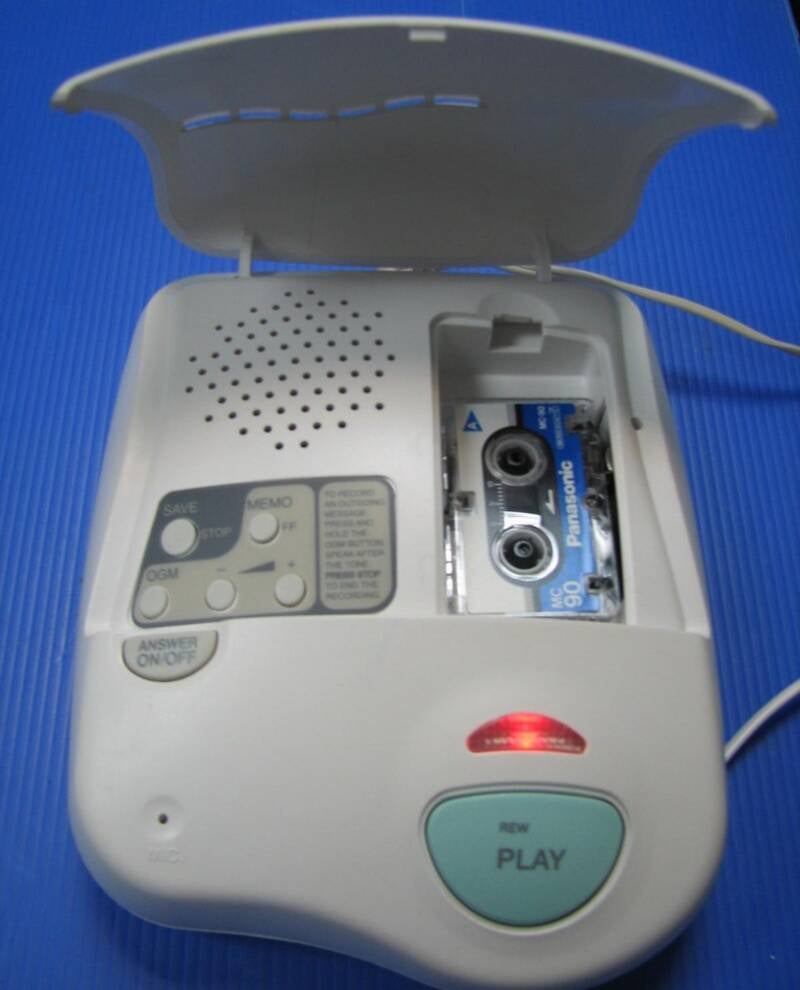 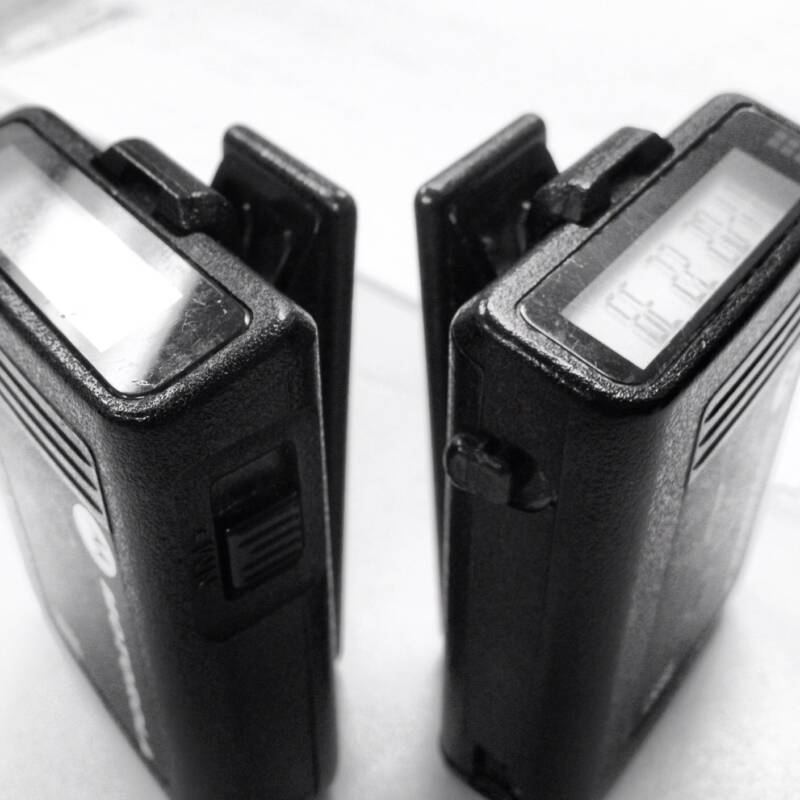 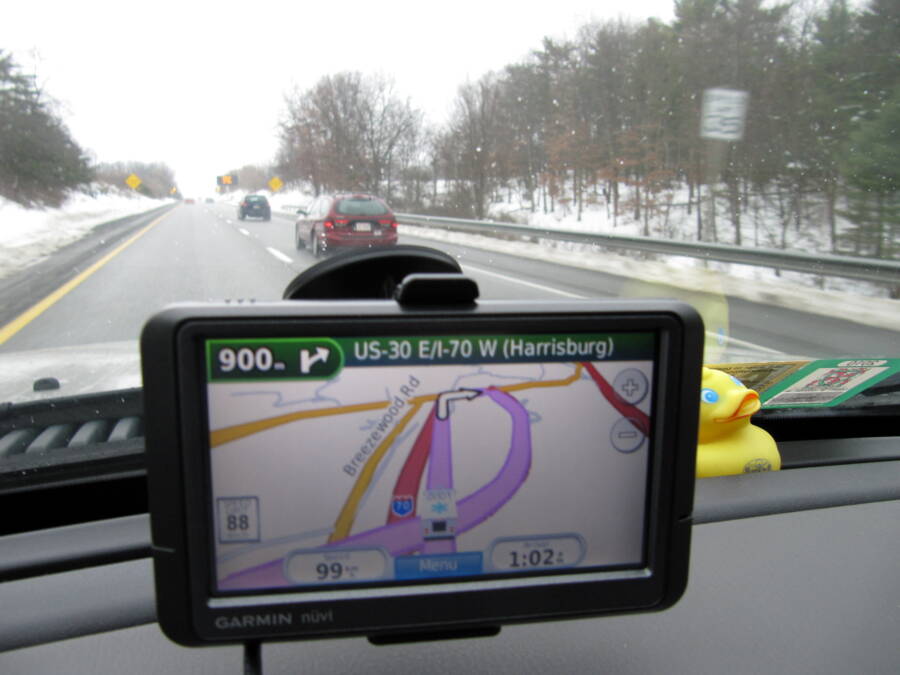 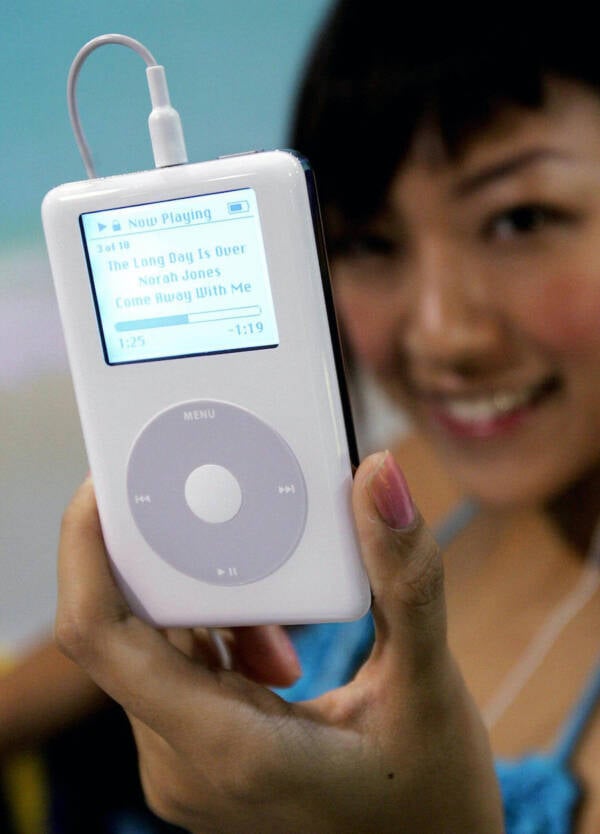 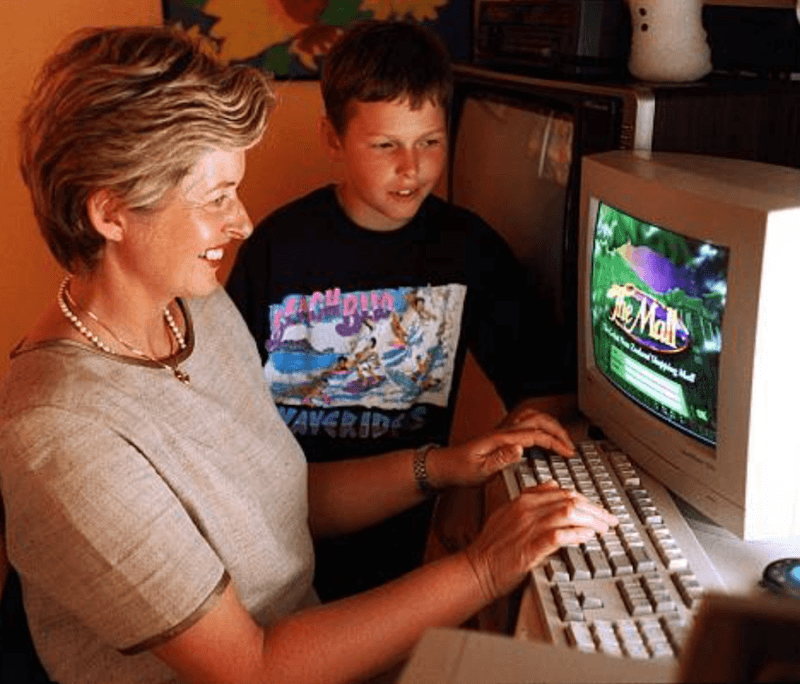 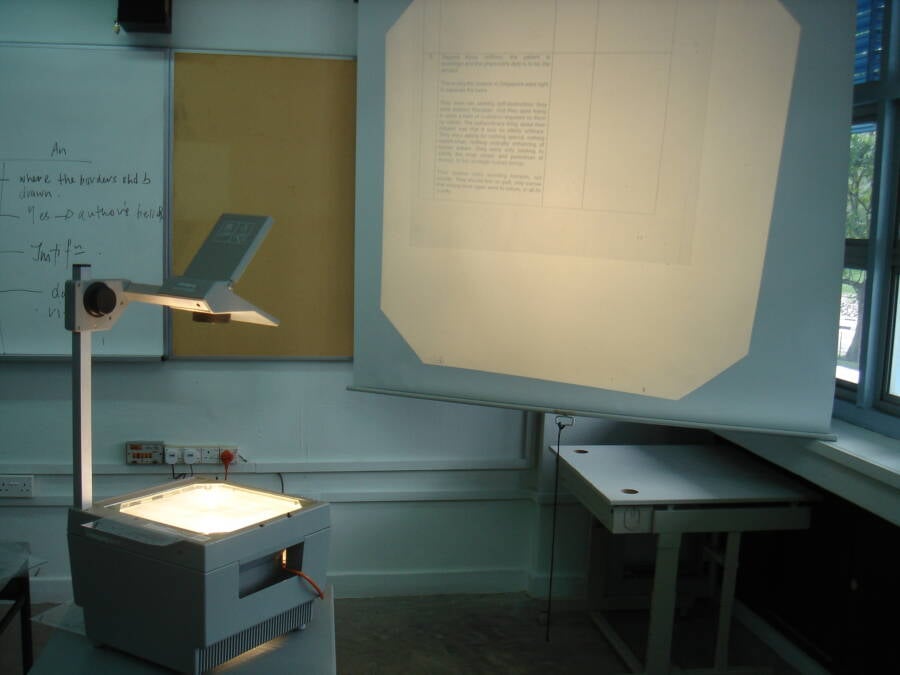 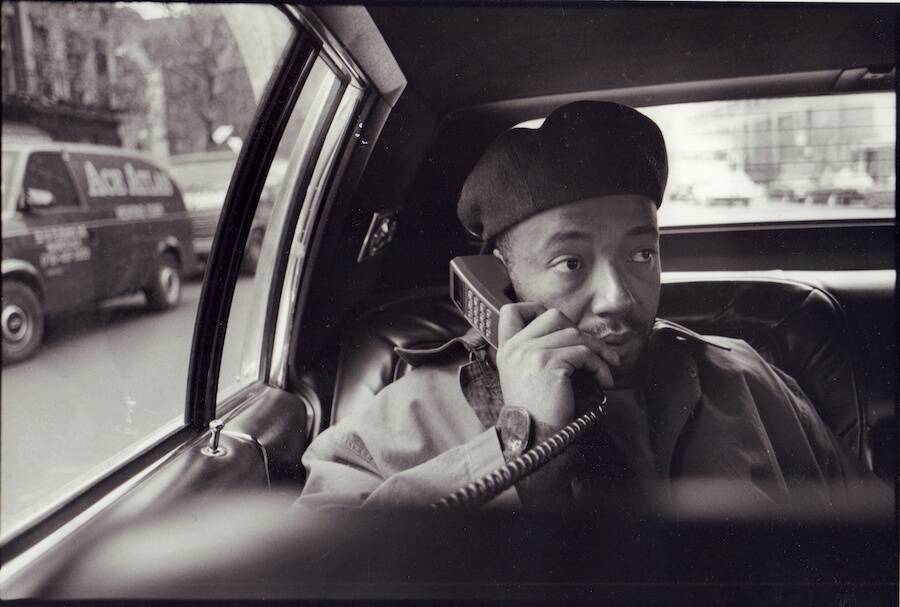 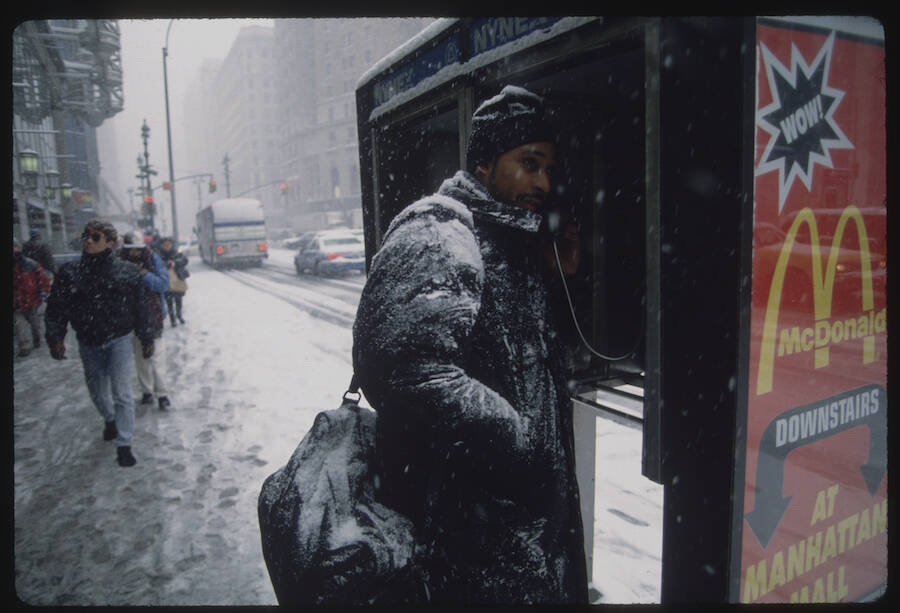 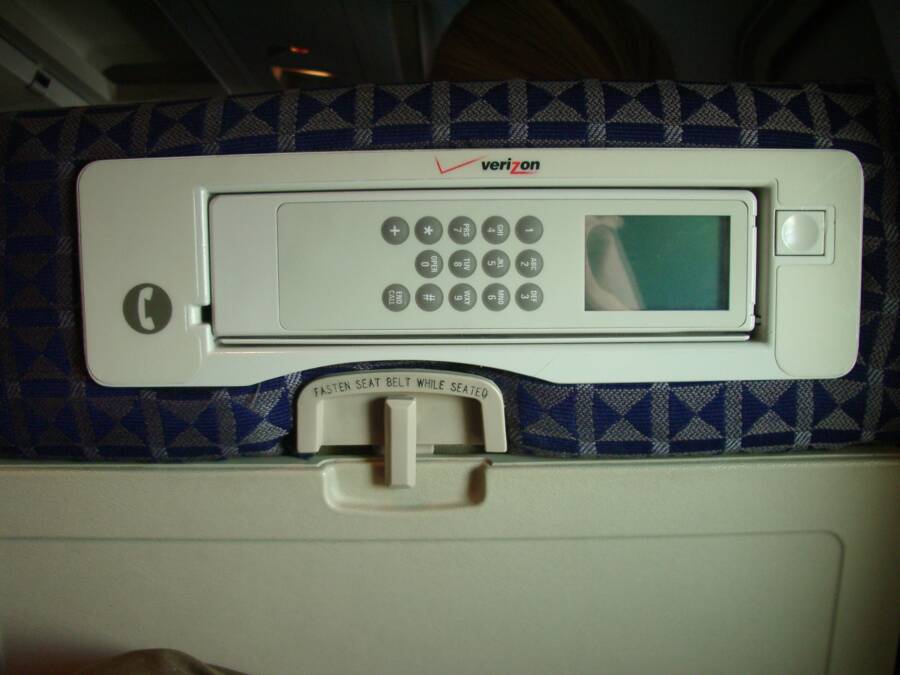 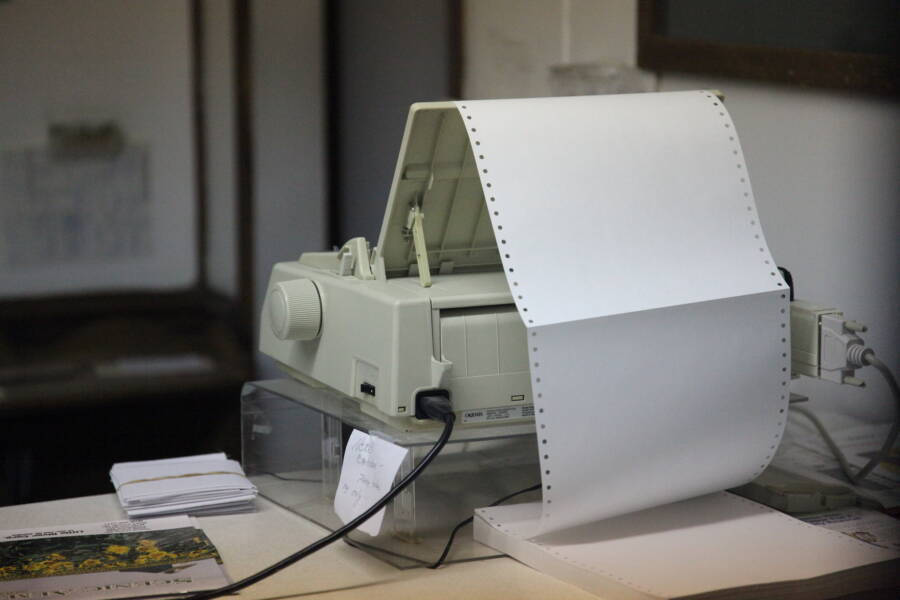 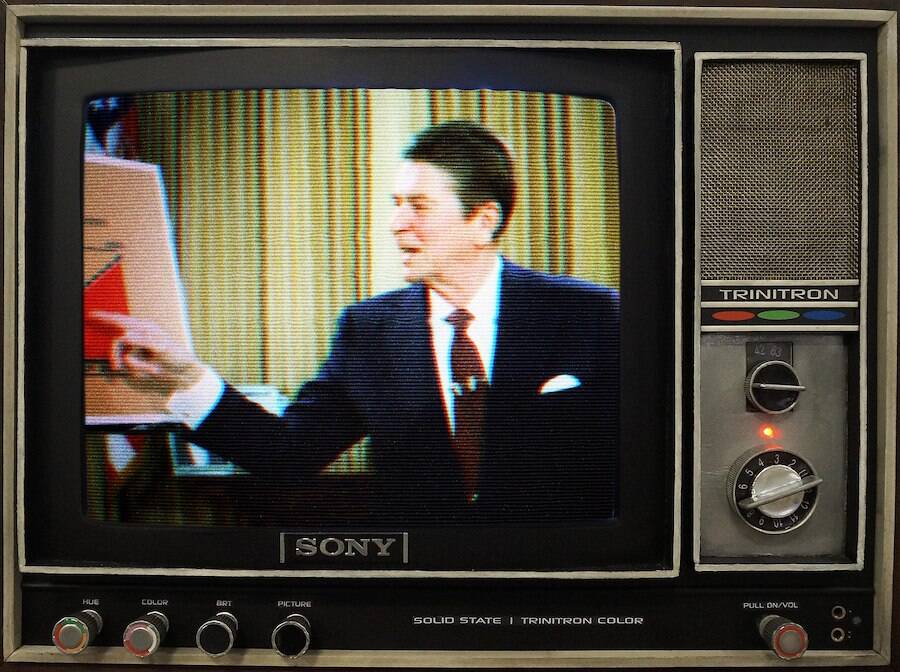 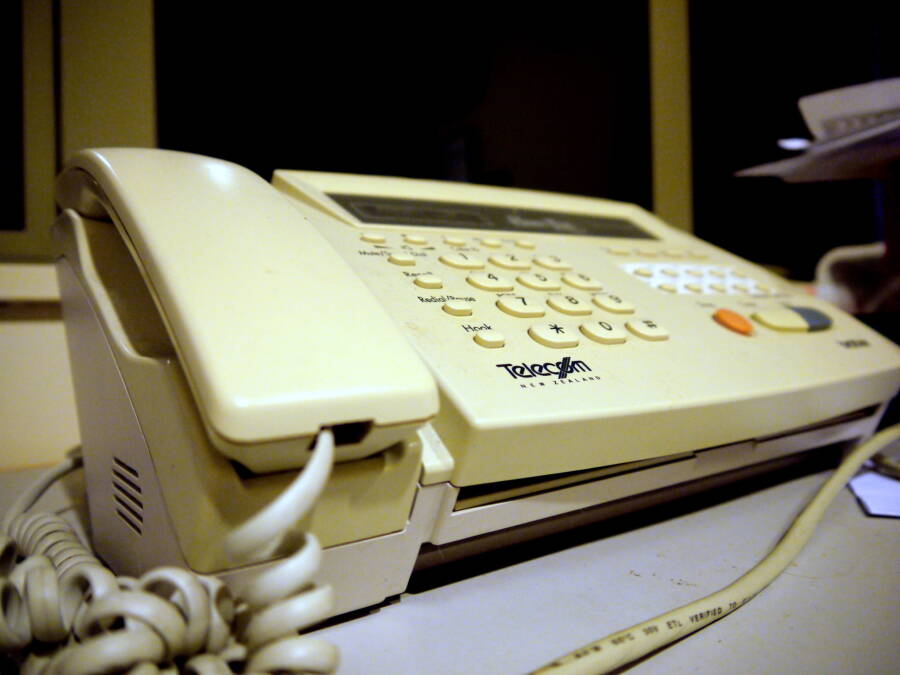 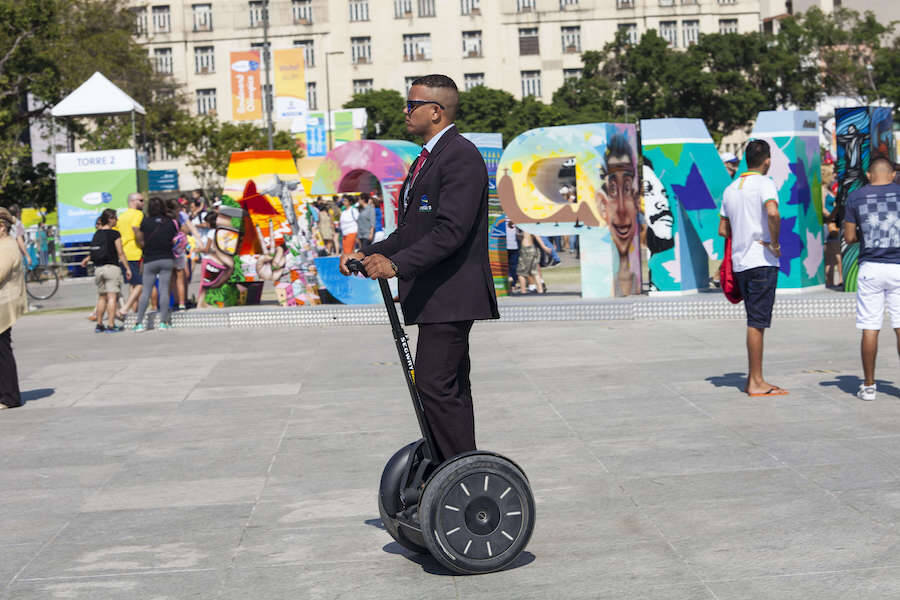 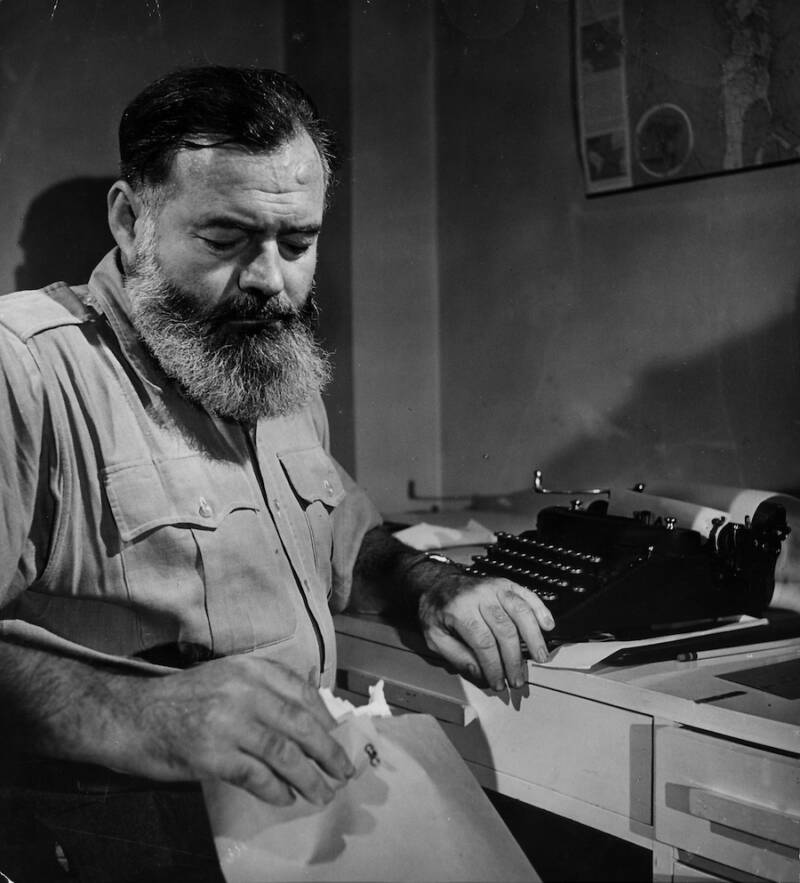 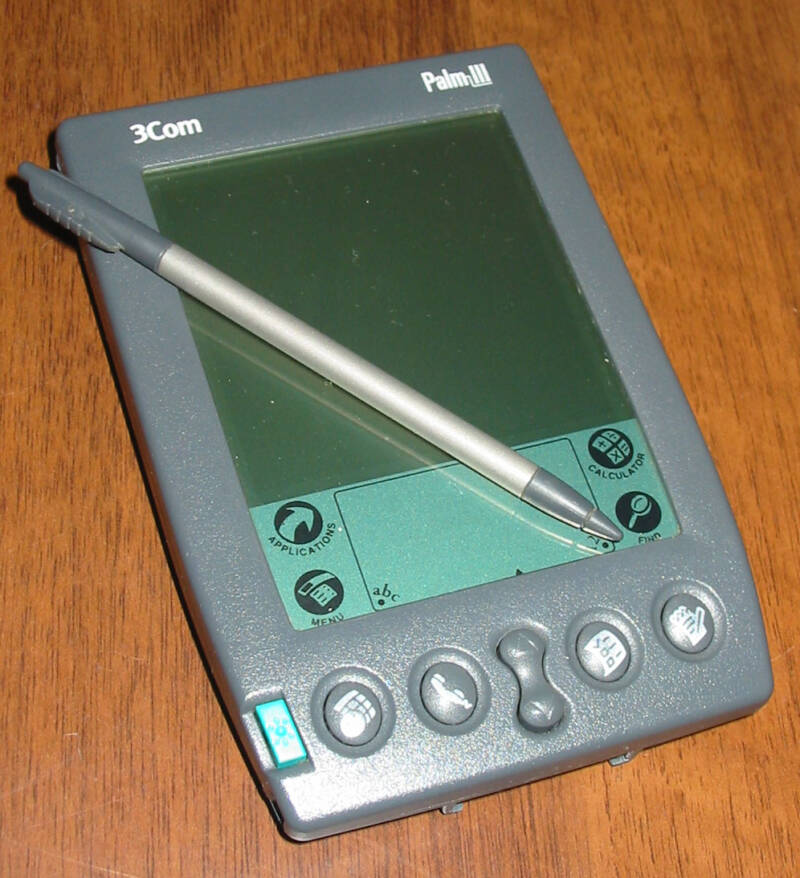 First introduced into the computing world in the 1970s, floppy disks were once considered an innovative storage device for computers. However, floppy disks only held up to 1.44 megabytes, so CDs took over by the 1990s. At least floppy disks still live on as the enduring "save" icon.Doug Wilson/CORBIS/Corbis via Getty Images
2 of 22

The cassette tape was first developed by the Philips company in the early 1960s. Revolutionary for its time, the cassette tape allowed users to record their own music and listen on the go. The invention of the portable Walkman in 1979 only improved the user's experience.

But as time went on, the rise of CDs eclipsed the cassette. Though the Walkman soon released CD players in the 1980s, it was only a matter of time before the rise of digital music downloads and more advanced media players rendered the Walkman obsolete as well.Fryderyk Gabowicz/picture alliance via Getty Images
3 of 22

Back in the 1990s and early 2000s, disposable cameras were a mainstay for vacationers (and anyone who couldn't invest in a good-quality camera). Now, thanks to the modern smartphone, many of us don't have to worry about throwing away a camera after using it just once.Gideon Mendel/Corbis via Getty Images
4 of 22

The wired telephone dates back to the late 19th century, and landline phones were important devices for many people across America for decades. Nevertheless, they've been slowly rendered obsolete by mobile phones. According to AARP, only 2.3 percent of all homes had a landline alone without cellphone service as of June 2020.William Gottlieb/CORBIS/Corbis via Getty Images
5 of 22

In 1978, the innovative LaserDisc was born. A 12-inch video disc format, the LaserDisc offered a higher-quality picture and sound than other video tapes of the era. It failed to enter the mainstream due to its prohibitive cost, but it has been credited as the precursor to DVDs.Scott Beale/laughingsquid/Flickr
6 of 22

Before voicemail existed, you needed a separate gadget to record the calls you missed on your landline when you weren't home. Enter the answering machine, with its quaint, tiny cassette tape holding your messages. Kitsya/Wikimedia Commons
7 of 22

One communication workaround to the limitations of a landline phone was the humble pager. Popular in the 1990s, this device allowed you to see the phone number of a person who was trying to reach you. If you couldn't get to your landline in a timely manner, you could find the nearest payphone to call the number back.jjandames/Flickr
8 of 22

Starting in the late 1980s, standalone GPS units helped many drivers get to their final destination without having to consult a paper map. But now that our smartphones can also do this quite handily — and some cars even come equipped with built-in GPS systems — the standalone devices are slowly disappearing.mpd01605/Flickr
9 of 22

Apple revolutionized the MP3 player in 2001 when the company released the first iPod. Holding five gigabytes, the iPod allowed users to store up to 1,000 songs — an astonishing feat at the time. But today, we have much more space on our smartphones.SAMANTHA SIN/AFP via Getty Images
10 of 22

Many of us can't hear the term "dial-up" without also hearing the ear-splitting sounds that came along with it. Luckily, companies began offering broadband connection options in the early 2000s, and we didn't have to choose between using the phone or the internet anymore.Ross Land/Getty Images
11 of 22

Whether in the classroom or the boardroom, overhead projectors displayed images and text on transparent backgrounds, working their magic on pull-down projector screens. Now, there are countless better, smaller, and more reliable digital options available to do this job. Wikimedia Commons
12 of 22

The car phone was one of the most coveted status symbols of the 1980s and early 1990s. Seen in the hands of musicians, actors, and other wealthy drivers, this device was actually more popular than a regular mobile phone at one point. But as wireless phones became lighter, the car phone faded into obscurity by the early 2000s.Ari Mintz/Newsday RM via Getty Images
13 of 22

Once upon a time, if you had to make a call while out and about, you needed to find a payphone and some pocket change. Phone booths still exist today, but they've become far less common with the rise of mobile phones.Viviane Moos/CORBIS/Corbis via Getty Images
14 of 22

Today, entertainment screens appear on airline seat backs. But beginning in the 1970s, some planes had telephones filling that space. With Airfone, passengers could make air-to-ground calls. During the 9/11 terrorist attacks, some of the passengers on hijacked airplanes were able to make final phone calls to their loved ones using this technology. However, the Airfone would eventually disappear later in the early 2000s.Mike Kuniavsky/Wikimedia Commons
15 of 22

Once a mainstay in many offices in the 1970s and 1980s, dot matrix printers were eventually replaced with more modern inkjet and laser printers.steverhode/Flickr
16 of 22

The Video Home System (VHS) tapes and the video cassette recorders (VCRs) that played them arrived in America in 1977 — and quickly became a household entertainment staple. However, by 2004, DVDs were outselling them at a rate of 40 to 1. The Washington Post even wrote an obituary upon their "death" a year later. Wikimedia Commons
17 of 22

Cathode-ray tube televisions were the mainstay of TVs for decades starting in the 1920s. That is, until modern LCD and plasma TVs took over in the early 2000s.Brandt Luke Zorn/Solomon203/Wikimedia Commons (photomontage illustration)
18 of 22

In the 1980s and 1990s, the fax machine was a common sight in many businesses. Back then, it was a remarkably efficient way to copy documents in one location and print them out in another. However, it was eventually replaced by the convenience of email.yortw/Flickr
19 of 22

A two-wheeled, self-balancing vehicle, the Segway personal transporter was popular among tourists and members of law enforcement in the 2000s and 2010s. But the Segway never caught on with the general public, and production officially stopped in 2020.Ricardo Funari/Brazil Photos/LightRocket via Getty Images
20 of 22

Perhaps one of the most famous pieces of old technology, the typewriter conjures up images of literary icons pounding away at the keys. Throughout the 20th century, innovators worked tirelessly to improve it, eventually making it electric and portable. But the rise of the laptop eventually steered many people away from using typewriters at all. By 2011, one of the world's last manual typewriter factories had closed in India.George Karger/Getty Images
21 of 22

The PDA was a personal digital assistant device that held contact information, calendars, important documents, and more. Popular in the 1990s and early 2000s, this once-burgeoning technology was arguably a precursor to the modern-day smartphone.NZeemin/Wikimedia Commons
22 of 22 With technology advancing every second the world turns, the lifespan of many devices ends up being quite short. Some of these once-innovative objects were barely a decade old when we ushered in their modern-day replacements. However, a number of these pieces of old technology still hold a special place in society's collective memory.

Some of us may remember people excitedly buying standalone GPS units for their cars in the late 1980s. And in the late 1990s, anyone who was anyone seemed to own a PalmPilot device. But perhaps one of the most shocking recent additions to the deceased list is the famous iPod from Apple.

After the iPod launched in 2001, it was nearly impossible to imagine anything ever surpassing it. And yet, it happened — just six short years later — with the first iPhone. Now, according to Apple, even the most advanced version of the iPod touch has gone to that big charging station in the sky.

It's no surprise that many of these technologies were rendered obsolete by the same device: the modern smartphone. In fact, some estimate that the smartphone may replace up to 50 gadgets, both analog and digital.

All that said, just because newer technology is available doesn't automatically make the older ones unwanted or undesirable. Just ask the many collectors of vintage technology scouring eBay for that old VHS copy of Halloween you just threw out. According to Screen Rant, some people are willing to pay hundreds or even thousands for certain rare VHS tapes.

And the humble VHS tape is far from the only piece of old technology that's still in high demand in the online marketplace today. Antique typewriters, vintage cameras, and old media players are just a few other examples of devices that are still considered valuable by many collectors out there.

But another reason to reconsider throwing away old electronics is the impact that this type of trash has on the environment. According to The World Counts, E-waste accounts for about 70 percent of our overall toxic waste, and about 85 percent of that E-waste ends up in landfills and incinerators, where they often pollute the surrounding land, water, and air.

As striking as it is to see how far we've come with technology, it's worth keeping in mind that some devices we use today may very well be rendered obsolete in the future as well. After all, as long as there are people, there will be advancements. In turn, there will be extinct technology. Alas, for every device we think is at the absolute peak of its mechanical function, there is another technological marvel ahead just waiting to replace it.

After looking through these photos of old technology, go inside the little-known history of who invented the internet. Then, take a look at the oldest computer in the world and its fascinating origins.