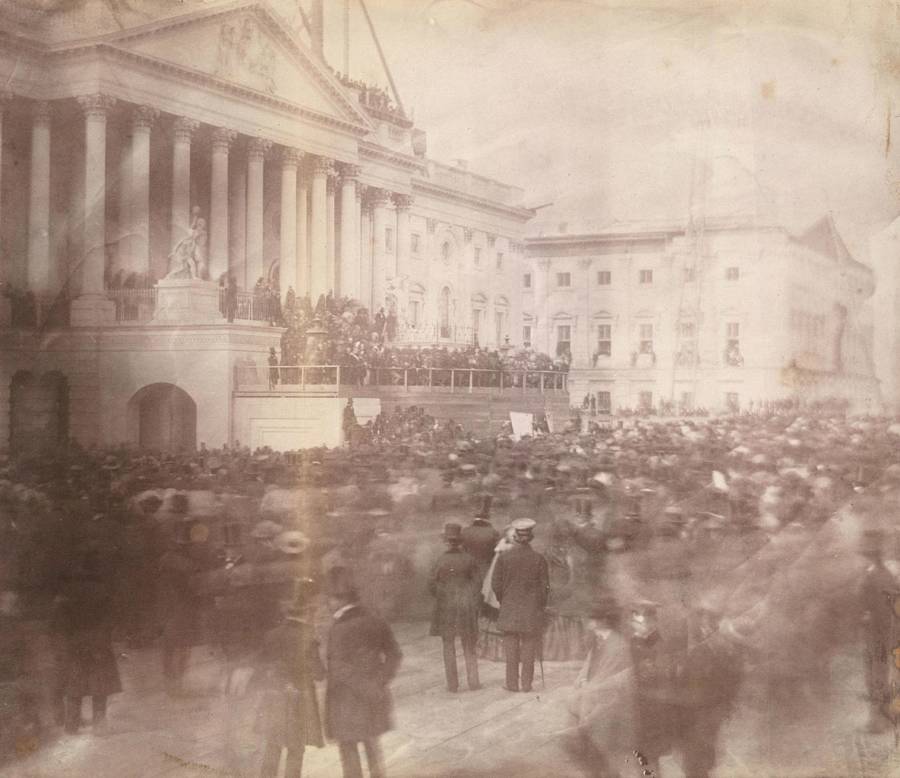 As president-elect, James Buchanan stayed in the National Hotel, as did many people attending his 1857 inauguration. Unfortunately, due to sanitation problems, the hotel became the epicenter of what would later be known as the National Hotel disease.

The mysterious illness claimed 36 lives, including three congressmen. Buchanan himself was infected twice, but survived.

After his first recovery, he felt up to making an inauguration speech in which he called slavery “happily, a matter of but little practical importance.” 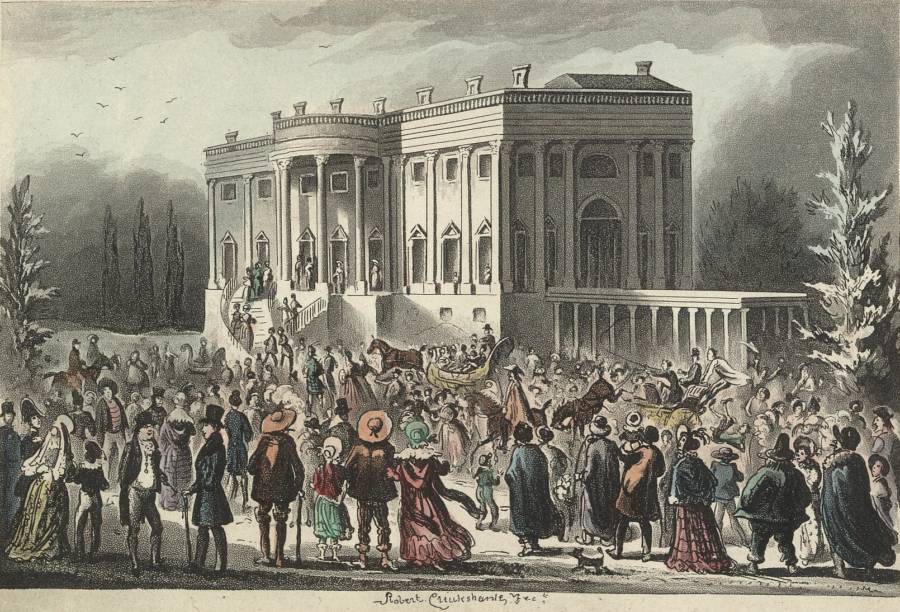 Robert Cruickshank/The Playfair Papers/Wikimedia CommonsView of crowd in front of the White House during President Jackson’s first inaugural reception in 1829.

In 1829, Jackson became the first president to take the presidential oath in a public ceremony outside of the Capitol. In honor of the occasion, a crowd of 20,000 people gathered to watch.

Afterwards, the group drifted to the White House, where every president since Thomas Jefferson had hosted an inaugural open house.

With so many people present, the crowd soon turned into a mob. Guests sporting muddy shoes stood on White House furniture, looted rooms, broke dishes and smashed food into the carpets so that the rooms smelled like cheese for months.

In order to break up the party, servants were instructed to set tubs of booze on the White House lawn. The festivities, accordingly, moved outside.

As if that wasn’t enough, the wives of Jackson’s cabinet members had a spat during the inaugural ball that would forever be known as “The Petticoat Affair.”

The drama started when two wives socially shunned another because they disapproved of her social standing. The Jackson administration was so shaken up by the scandal that all but one eventually resigned because of it.

Next, check out the biggest blunders in American history as well as the 21 most shocking things that U.S. presidents have ever said and done. Or, check out these Donald Trump quotes you’ll have to read to believe