“Suffragette” And The State Of Modern Feminism

Premiering this fall, "Suffragette" reminds us of the sacrifices made for the power many women have today. But are we taking their sacrifices for granted? 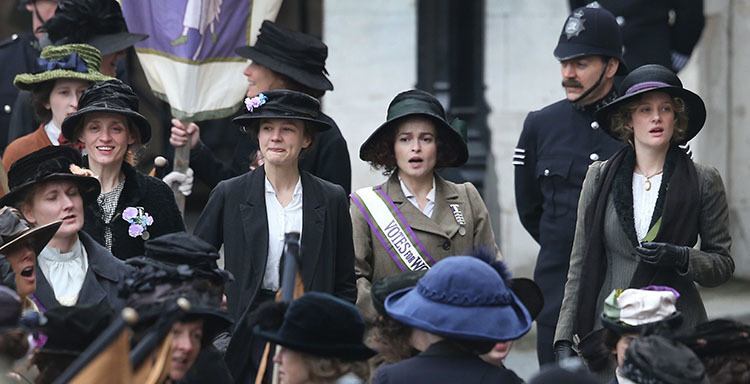 Debates have already sizzled this summer on sexism and feminist themes in blockbusters like Avengers: Age of Ultron, Mad Max: Fury Road, Spy and even Jurassic World. But this weekend, a new kind of feminism makes its way to the silver screen in Suffragette, a film based on true events that took place in the British Suffragette movement.

The drama tells the story of an ordinary, genteel-class of British women who risked their jobs, homes, children, and lives in the fight for voting equality at the turn of the 20th century. These radically-charged women employed violence in their protests, asserting that peaceful demonstrations wouldn’t yield the results they wanted.

Films of this kind only come around every so often. They’re encouraging in that they provide perspective on where we’ve come from as women, and allow us to appreciate the dangerous groundwork that feminists have laid in order to grant future generations more agency than they had. These women–whose spirits live on in Suffragette–have provided women with countless opportunities denied to earlier generations, including the right to vote, Title IX, and reproductive rights. 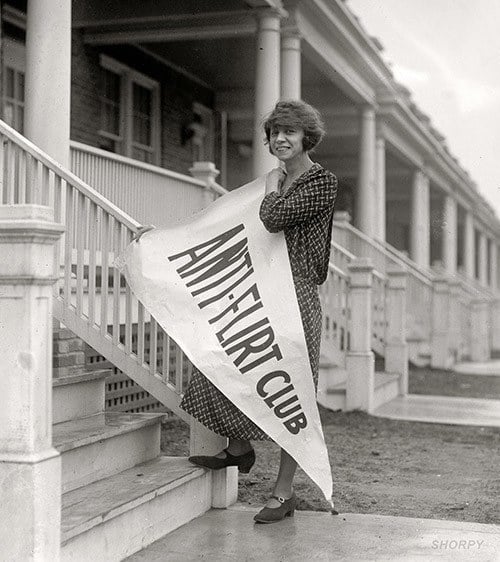 A photo taken in 1923 of “Miss Alice Reighly,” President of the Anti-Flirt Club, a group protesting street harassment. Source: Shorpy

But in the nearly 100 years since feminists helped pass the 19th Amendment, it seems that much of this selfless–and occasionally fatal–grunt work has been taken for granted. Today, discussions questioning the necessity of feminism center on a rejection of the word itself and the application of pointed criticisms to the people who subscribe to it.

Celebrities whose core values seem to match feminist praxis decline to use the term, believing feminism to be a movement focused more on complaining or hating men than on tackling social issues writ large.

Men’s rights activists readily dish on any bit of media that seems to resemble feminist politics, considering it to be an attack on individual men. Blogs like Women Against Feminism curate the opinions of women who dismiss feminist ideology. 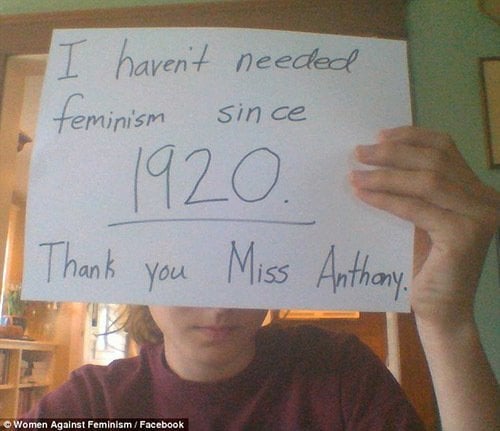 This woman is referring to Susan B. Anthony, a pivotal leader in the suffragist movement. Source: The Daily Mail

And yet, as these women reject the movement that has helped them gain the rights which many take for granted today, they do not highlight a new hurdle for the feminist movement so much as they echo an old, familiar one.