In Photos: How The Women’s Suffrage Movement Got Popular Support For The Vote

Women's suffrage did not come without a fight — or a savvy marketing campaign. Nearly 100 years later, here's what the latter looked like. 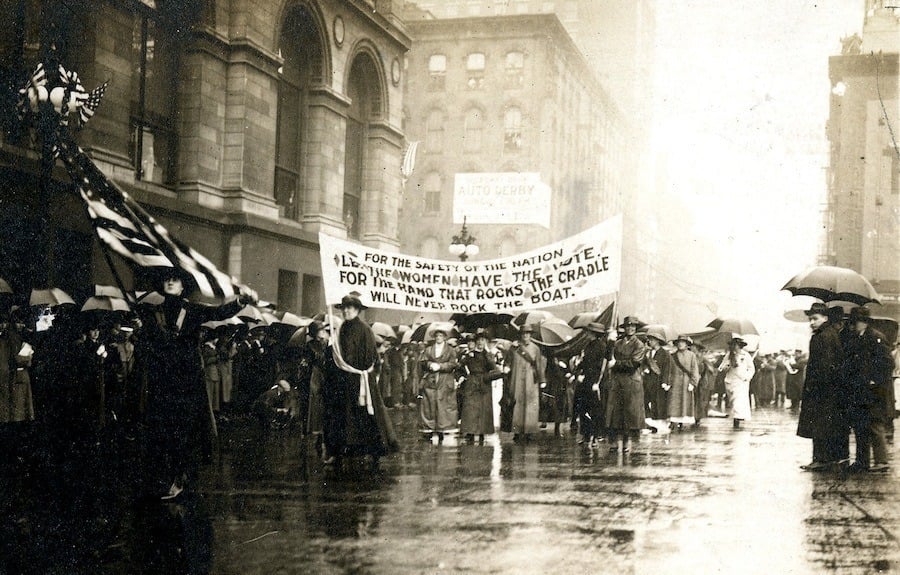 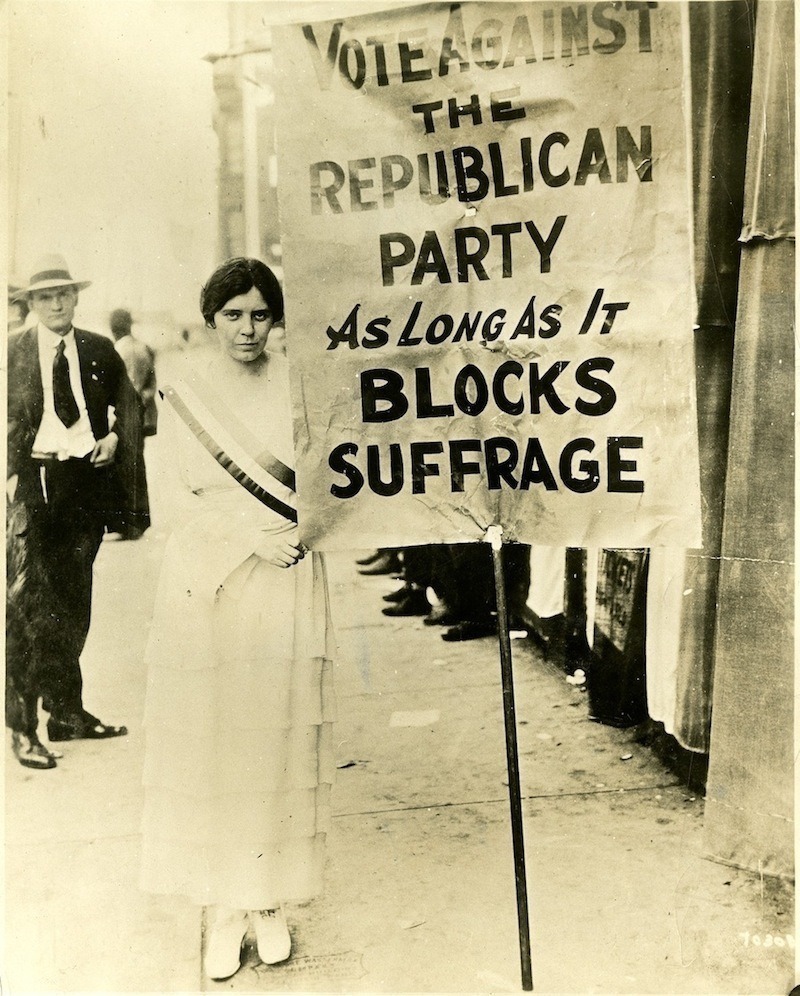 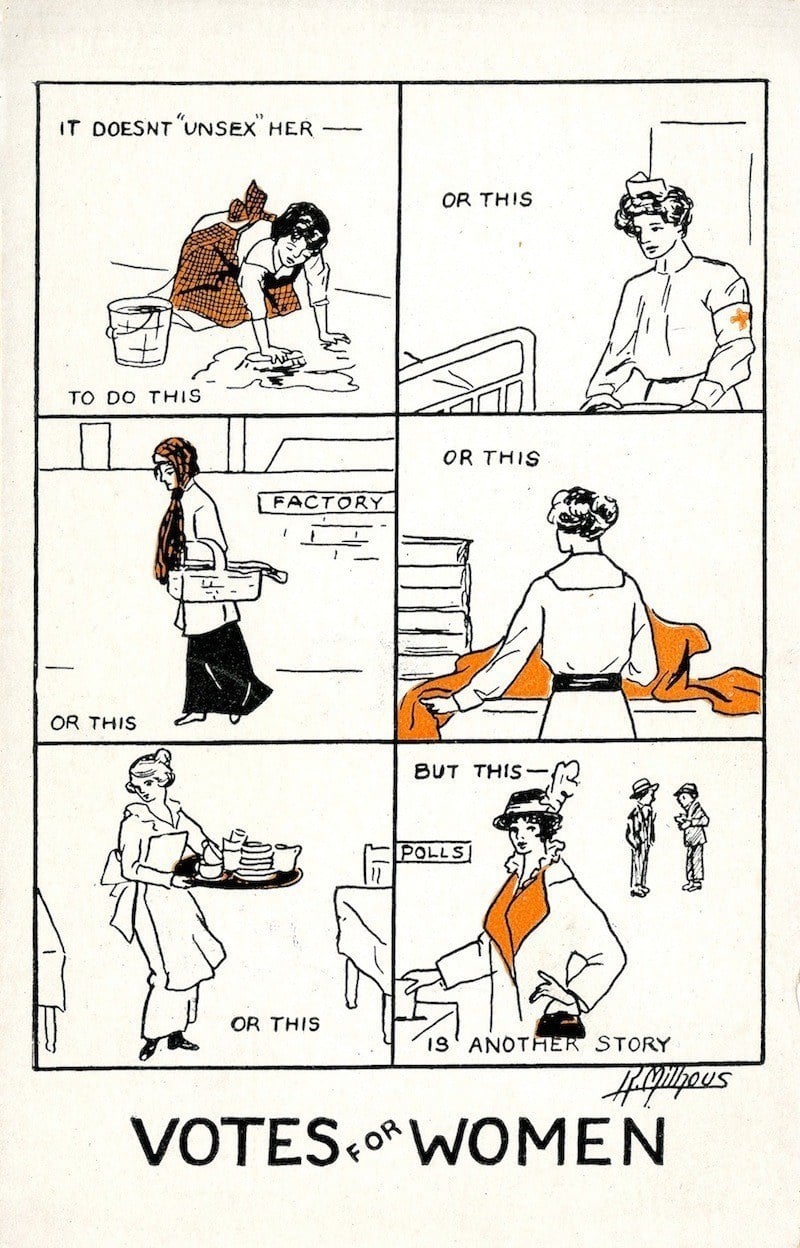 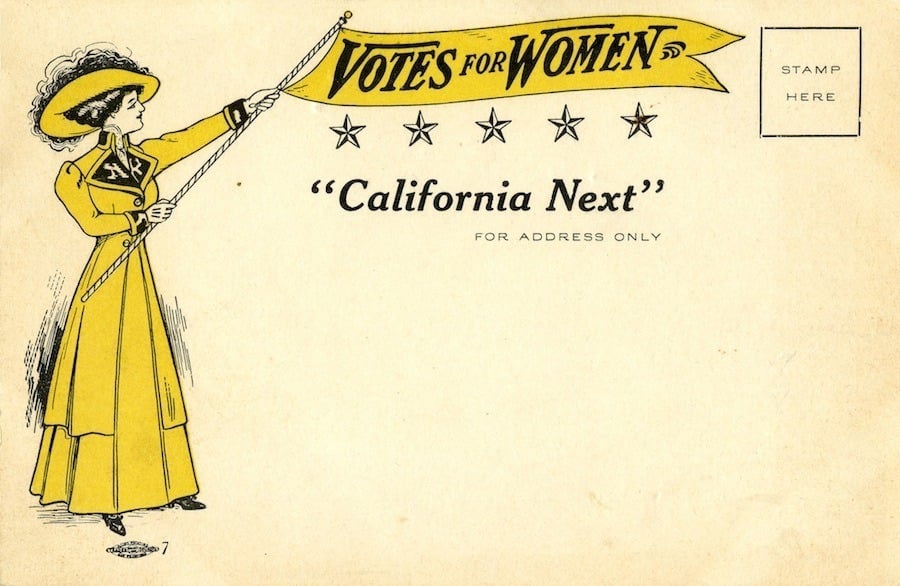 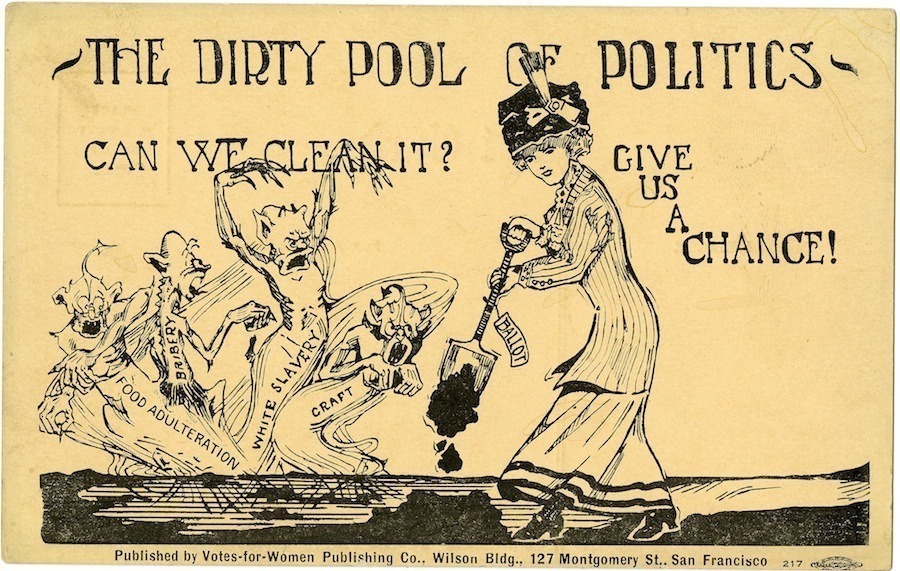 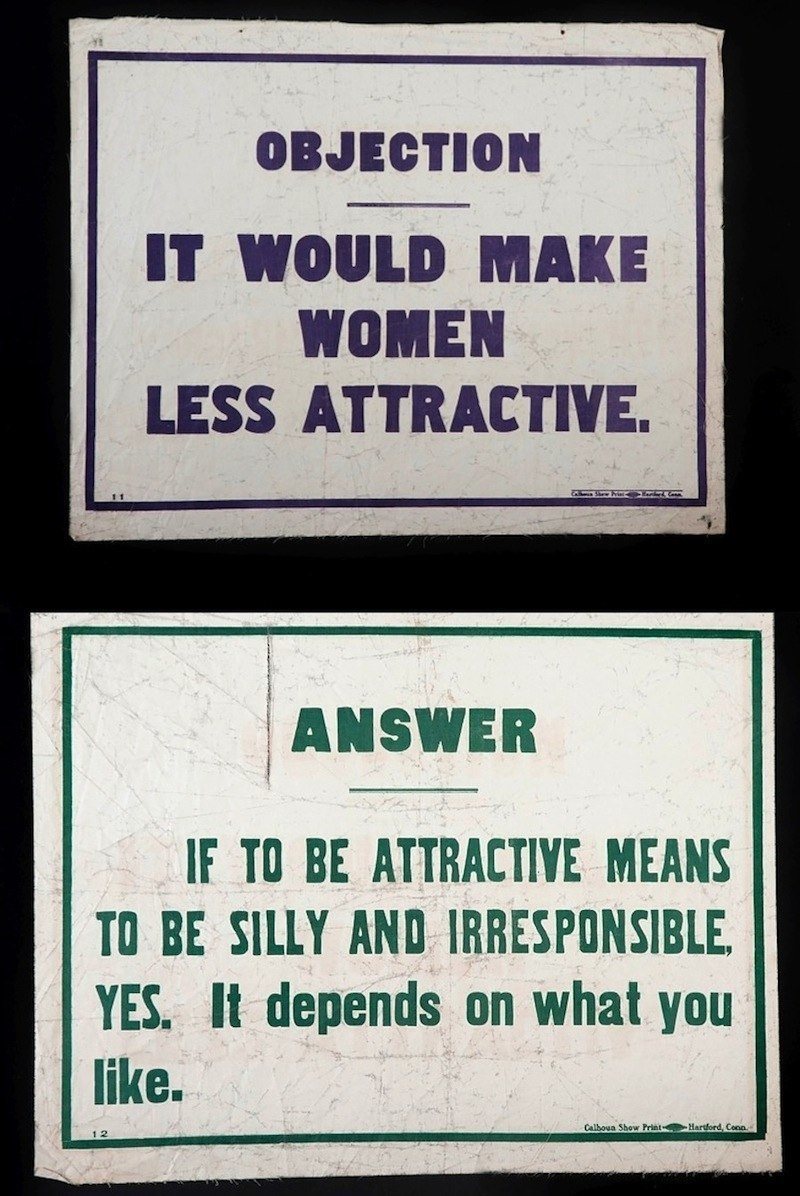 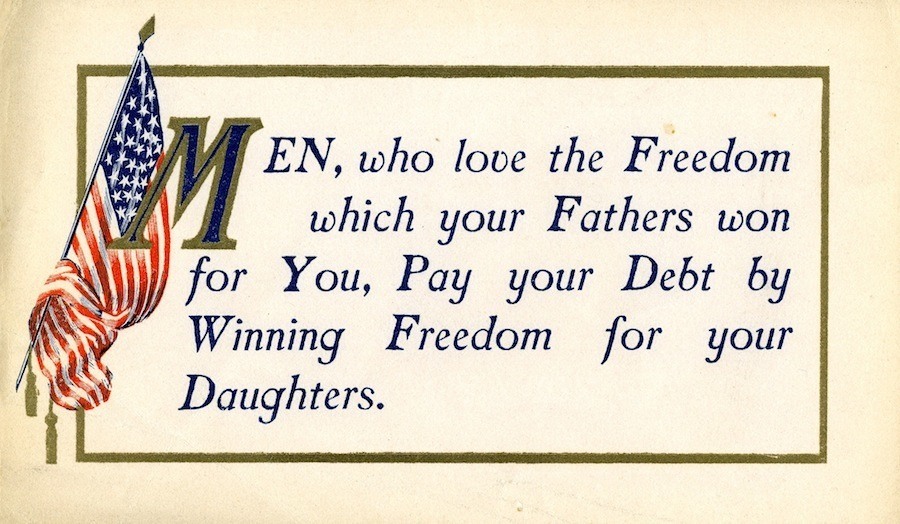 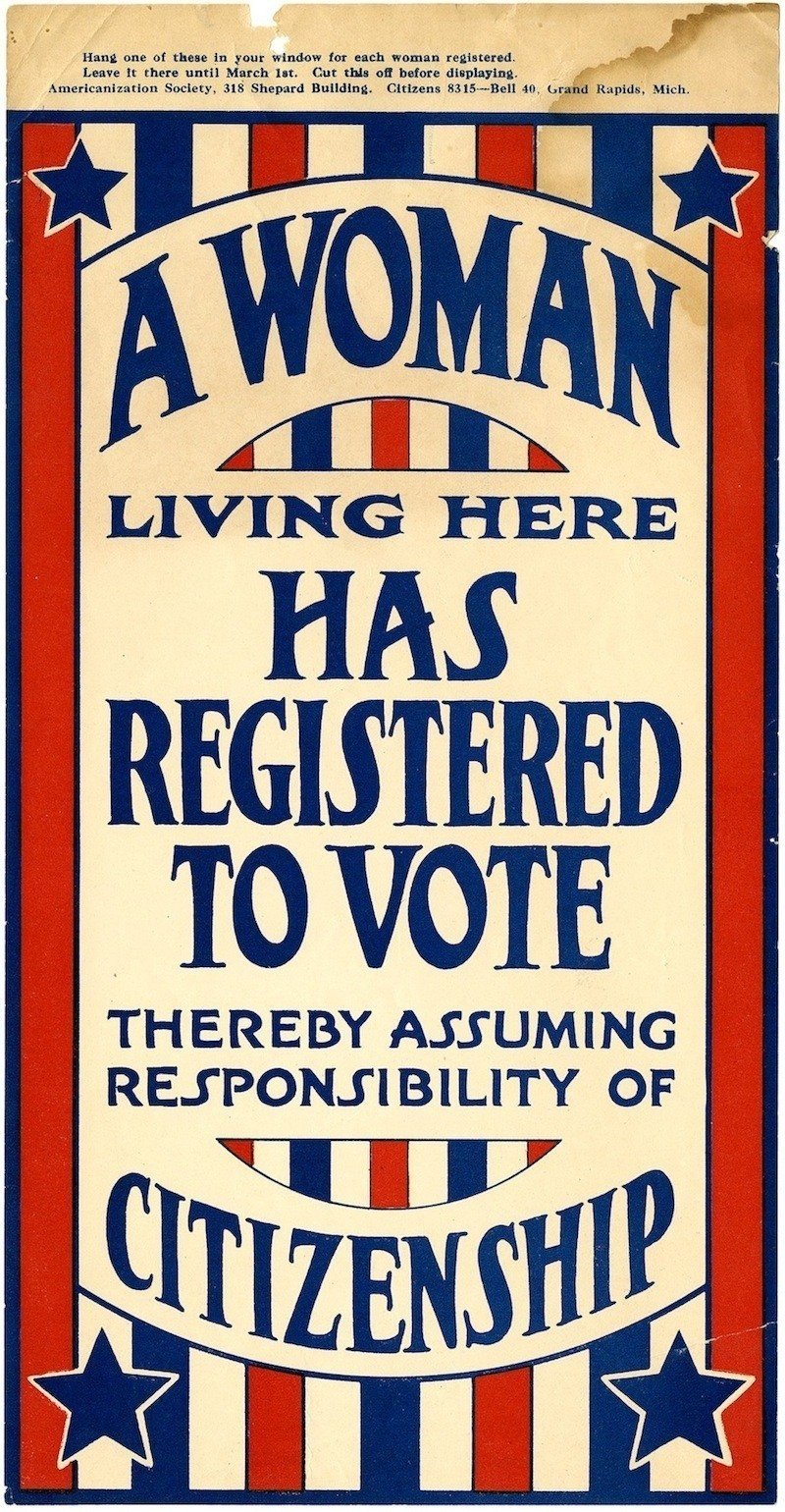 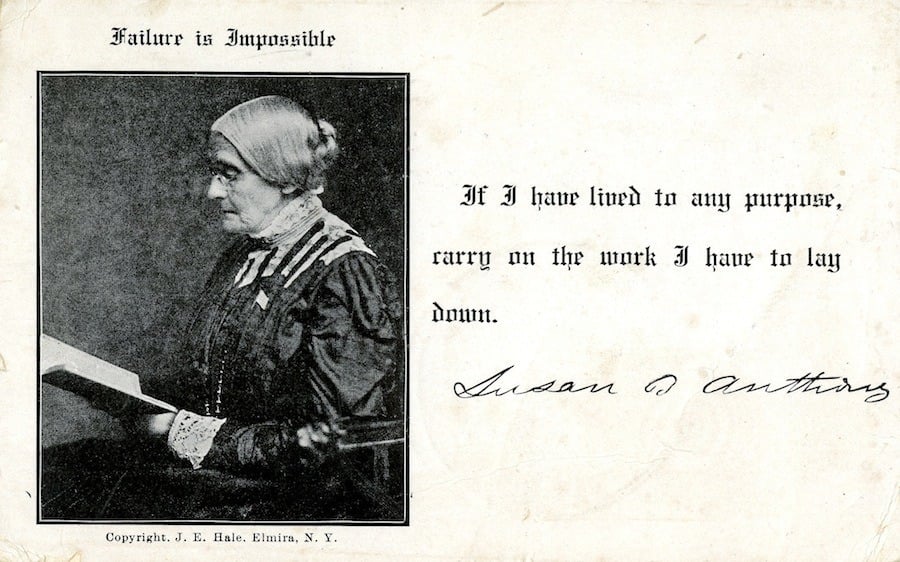 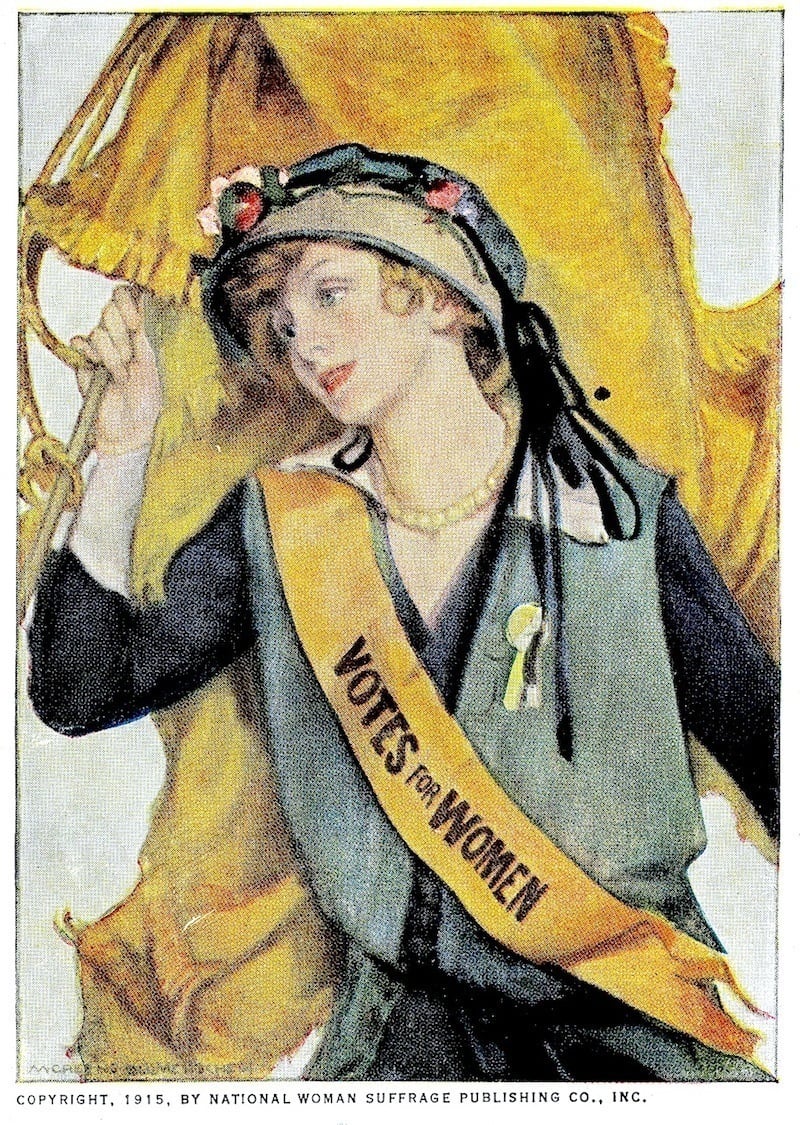 In Photos: How The Women’s Suffrage Movement Got Popular Support For The Vote
View Gallery

Ratified nearly a century ago, the 19th Amendment to the United States Constitution reads:

Congress shall have power to enforce this article by appropriate legislation.

These words were first proposed in 1878 by Californian Senator Aaron Sargent, husband of women's suffrage activist Ellen Clark Sargent. Ellen Sargent and her colleague Susan B. Anthony would not live to see the 19th Amendment finally become part of the Constitution in 1920.

But their lives of activism did propel the issue of voting equality to the national stage.

The next generation of suffragists, led by Alice Paul and other genuine heroes of American democracy, managed a national campaign in the early 20th century that would eventually see the passage of Sargent's amendment. Along the way, they used a riot of signs, postcards, buttons, and banners to get their message into the minds of men and other women who stood in the way of their civil rights, which you can view in the gallery above.

In parallel to the national campaign, the women's suffrage movement worked state-by-state to win the vote. Wyoming allowed women to vote before it was even a state. Colorado, Utah, and Idaho followed, but by 1900, only these four states allowed women to participate in democracy.

Nearly a century later, full equality for women remains one of the most pressing human rights issues on the national — and global — agenda. Only 19 percent of the U.S. Congress is female, and around 100 years after the 19th Amendment became part of the Constitution, the U.S. still has not had a woman as president.

Meanwhile, in Saudi Arabia, women have only begun to register to vote in the last several weeks. In December 2015, for the first time ever, Saudi women will be able to vote alongside men in elections. In this context, the campaign signage and slogans of a century ago still have a disruptive, subversive power.

John
John has been writing for All That Is Interesting since 2014 and now lives in Madrid, Spain, where he writes and consults on international development projects in East Africa.
You might also like
Report a bad ad experience
×
Follow hu On