"Last time, the Yaifo greeted me with a terrifying show of strength, an energetic dance featuring their bows and arrows." 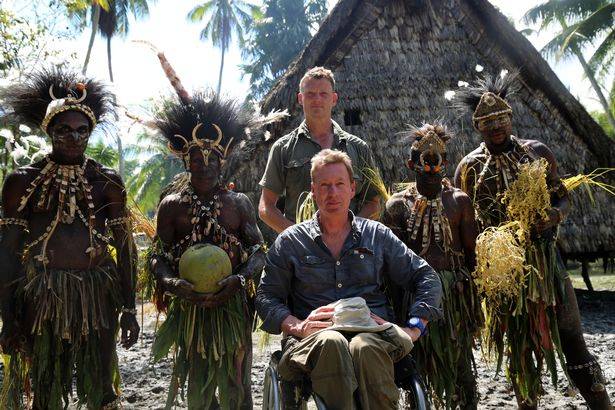 BBCBenedict Allen with the Niowra tribe of Papua New Guinea.

A British explorer and TV presenter is missing after making a trip to meet with an uncontacted tribe in central Papua New Guinea.

Benedict Allen, a famous British explorer and TV presenter, was reported missing by his sister after he failed to contact her this Monday, as was planned, and missed his scheduled flight following a meeting with the uncontacted Yiafo tribe of Papua New Guinea, reported the BBC.

Allen had met the Yiafo 30 years ago when he was living among another tribe on the island and returned to Papua New Guinea several weeks ago to establish communication with them.

A helicopter pilot who dropped Allen off at the remote location of Bisoria when he first arrived on the island is searching for him now, along with a number of police departments in the region he was last seen.

Allen’s older sister, Katie Pestille, said it was “out of character” for the adventurer to miss his scheduled flight out of Papua New Guinea to Hong Kong.

In his last blog post before disappearing, published on Sept. 14, Allen wrote, “The Yaifo are one of the last people on the entire planet who are out of contact with our interconnected world.”

“Last time, the Yaifo greeted me with a terrifying show of strength, an energetic dance featuring their bows and arrows,” he explained. “On this occasion who knows if the Yaifo will do the same. Nor do I have an obvious means of returning to the outside world, which is somewhat worrying, especially at my advanced age.”

In his final tweet on Oct. 11, Allen posted a blurry picture of himself alongside the caption: “Marching off to Heathrow. I may be some time (don’t try to rescue me, please – where I’m going in PNG you won’t ever find me you know…)”

Marching off to Heathrow. I may be some time (don't try to rescue me, please – where I'm going in PNG you won't ever find me you know…) pic.twitter.com/BmH1DKdheS

Allen’s agent Joanna Sarsby said, “He was trying to reach the Yaifo people, a very remote and reclusive tribe – possibly headhunters, quite a scary bunch. Goodness knows what has happened.”

“He might have been taken ill or is lying injured somewhere, perhaps with a broken leg, and maybe being helped by locals,” she continued.

Allen did not bring a phone or GPS with him into the jungle.

The 57-year-old began his exploring career while in college, when he took part in scientific expeditions to a volcano in Costa Rica and a remote forest in Brunei, and then led an expedition to a glacier in Iceland.

Over 30 years ago, when Allen was 24, he lived with and joined the isolated Niowra tribe in Papua New Guinea. Over the time he was there, Allen endured the brutal manhood initiation of the Niowra, where young men have their skin ritually scarred by being repeatedly cut with bamboo rods and being beaten every day for six months.

He was the first outsider to be accepted as one of the tribe. 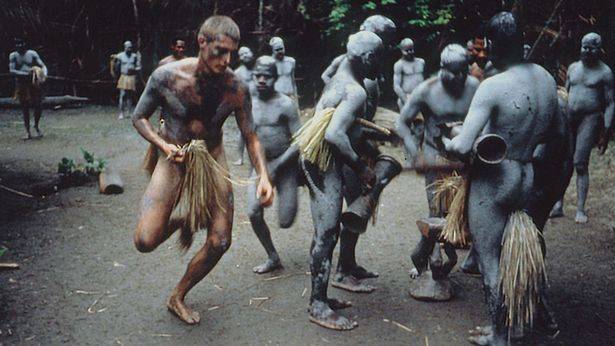 BBCBenedict Allen with the Niowra tribe of Papua New Guinea.

He had returned this year to make more sustained contact with the Yaifo tribe.

However, as of now, it is uncertain whether this encounter was a positive or negative one.

His sister explained, “For everybody else, it’s very exciting – all the expeditions and all the things he does, but for his sister and his wife, it’s more of a worry.”