"We knew they ate snakes. What we didn’t know was that snakes form a huge part of their diet." 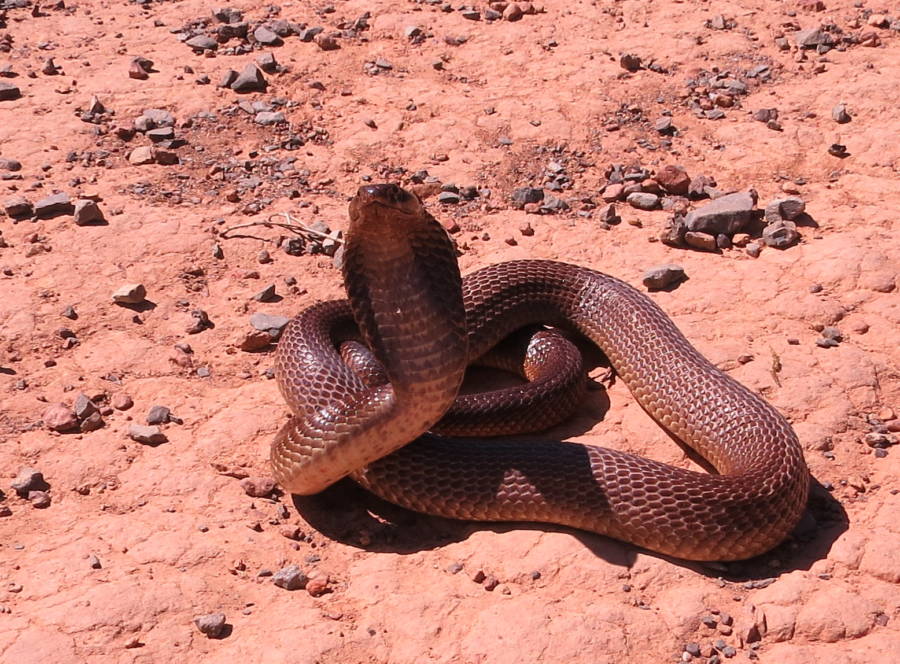 Wikimedia CommonsA new study found that cape cobras like this one regularly eat their own kind.

As if snakes weren’t scary enough, one new study proves that they’re even more terrifying than you thought.

Researchers who’d worked in South Africa’s Kalahari Desert recently published their account of a male cape cobra that ate a smaller male cobra, according to National Geographic. Initially, they thought that this was a one-off instance. But after further investigation, the research team discovered that cobra cannibalism is actually fairly common.

The study found that other snakes make up 13-43 percent of a cobra’s diet, and the most common species of snake consumed are fellow cobras. “We knew they ate snakes. What we didn’t know was that snakes form a huge part of their diet,” said herpetologist Bryan Maritz.

“Instead of capturing two potential study animals, we found one well-fed study animal,” said Maritz of the way his team conducted the research in the journal Ecology. They outfitted their chosen cobra, nicknamed Hannibal, with a radio transmitter that allowed them to track him. Sure enough, they found plenty of evidence for widespread cobra cannibalism.

Footage of one cobra eating another.

Of the approximately 30 species of cobra that exist in the world, six were included in this study. Five of those six species were seen eating their own kind, with cape cobras being particularly inclined to eat each other.

Members of their own species made up about four percent of cape cobra diets. This was particularly surprising for researchers to discover given that a study conducted 11 years ago found no evidence of cannibalism among cape cobras.

In addition to this discovery, the fact that a male was eating another male also stood out to researchers. When the incident was first reported to Martiz and his research team, it was thought that the two male snakes were fighting each other, according to Live Science.

“We were greeted not by two males in ritualized combat as initially expected, but rather by a large male cape cobra in the process of swallowing a smaller male [of the same species],” Maritz and his colleagues wrote in their report. 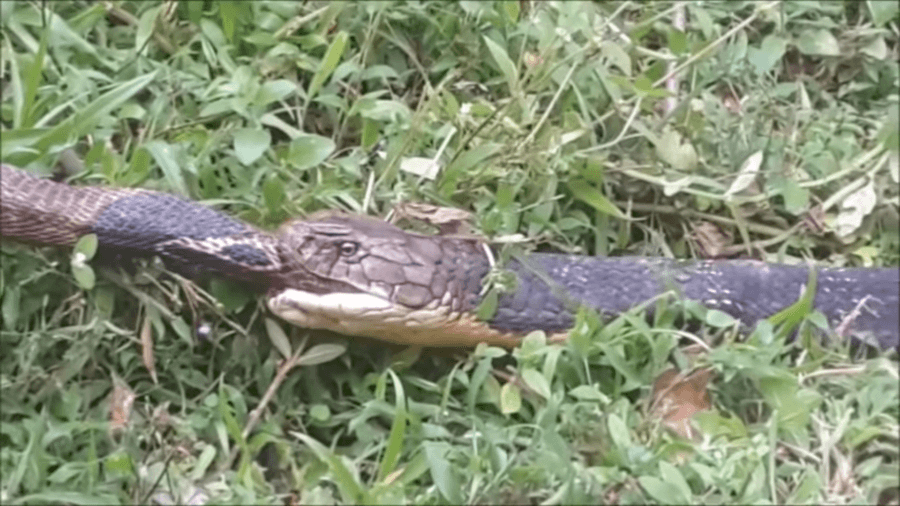 YouTubeOne cobra in the process of eating another.

“The potential link between male-male combat and cannibalism is tantalizing,” said Maritz. This opens up the door for new research studies to be conducted to see if cannibalism is present in female snakes as well.

“We might be tempted to assume that the effects of ophiophagy in this group are minor, but relatively rare events can sometimes have profound implications,” said snake expert William Hayes in National Geographic. “Eating a single competitor might, indeed, mean the difference between survival or securing a mating.”

So perhaps this creepy phenomenon is more commonplace than even these researchers realize.

Next, learn all about Brazil’s Snake Island, where humans are forbidden to go. Then, read up on Titanoboa, the 50-foot prehistoric snake of your nightmares.