New discoveries add clarity to how the legendary submarine functioned. 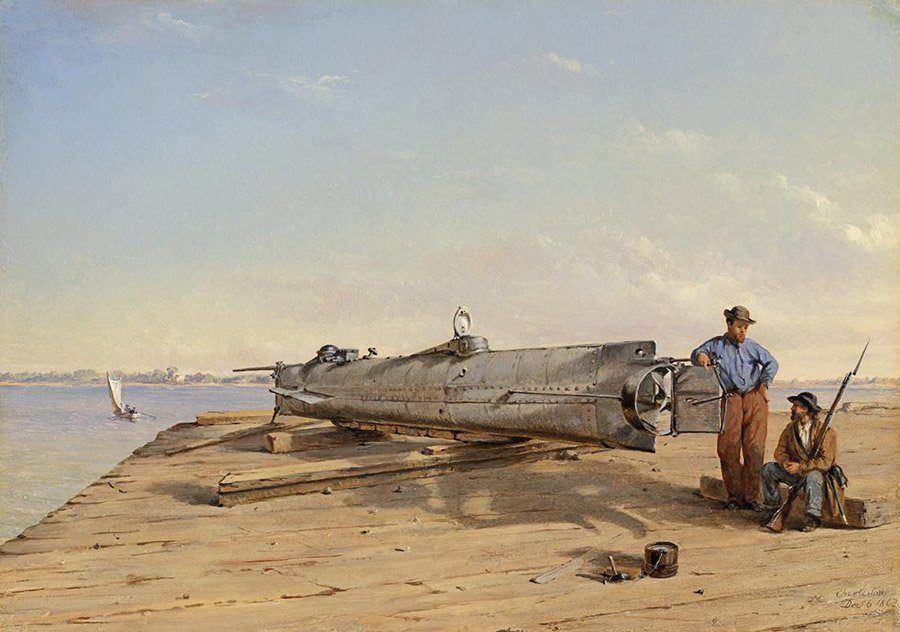 The details behind the sinking of a historic vessel have eluded archaeologists and historians alike for years, but new findings may help hack away at some of the boat’s mystery.

This week, archaeologists have uncovered more human remains from the H.L. Hunley, a submarine used by the Confederate Army during the U.S. Civil War. The vessel, which debuted in 1863, was the first of its kind to sink a ship in battle. However, that same fate awaited the Hunley and its eight crew members, who perished soon after sinking the USS Houssatonic in February 1864.

Centuries after it sank and after over a decade of searching, in 1995 researchers located the Hunley off the coast of Charleston, South Carolina. Five years later, they had it raised for examination. On Wednesday, archaeologists and conservators unveiled the most recent development in the restoration project: a now-visible crew compartment.

“It’s that wow moment when you step back and realize what you’re doing,” Johanna Rivera, a conservator, told ABC4 News.

“The submarine was submerged in seawater for over a hundred years,” Rivera added. “It’s amazing, because before it was on a 45-degree angle on the starboard side.”

While digging out the compartment, Rivera and her colleague, archaeologist Michael Scafuri, gained more insight into how the crew operated the boat.

“The entire crank, the hand crank that the crew used to propel the submarine, is now exposed,” Scafuri said.

“The hand crank that the crew used to operate the sub, we found the remains of textiles and a thin metal wrap,” Scafuri explained. “When you’re turning an iron bar in front of you or below you, you’re going to need something to keep your hands from chaffing or rubbing them raw.”

As for the crew — whose identities have long been a subject of fascination for forensic genealogists — Scafuri and Rivera found a tooth embedded in one of those crank handles, which they said ended up there after the ship sank and during the crew members’ decomposition process.

Still, many questions remain regarding what pushed the pioneering machine to the bottom of the Atlantic Ocean. In February of 2017, the Naval History and Heritage Command Underwater Archaeology Branch released a report offering a series of potential explanations — but for now, it appears that insight will come if the archaeologists just keep digging.

Next, read up on what researchers have recently learned about the Franklin expedition, which ended in a shipwreck and possible cannabilism.