The Bigfoot Field Researchers Organization, which supports her claims, insists that there have been more than 5,000 Bigfoot sightings in the U.S. 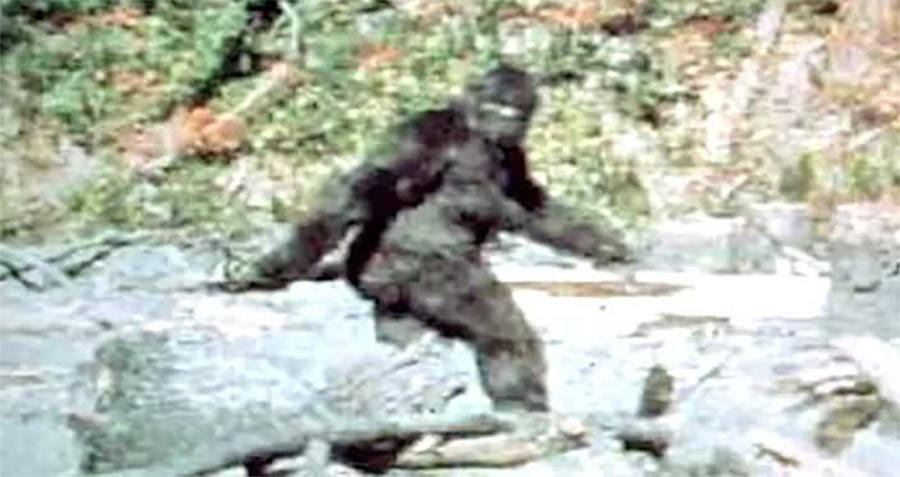 YouTubeA famous photo of “bigfoot” taken in the woods.

A Crestline, Calif. woman is suing the state of Calfornia to get it to recognize the existence of a Bigfoot species.

Yes, that Bigfoot, the legendary Sasquatch creature that reportedly dwells in the wilderness and leaves mysterious footprints for conspiracy theorists to find.

While walking with her two daughters in Blue Jay on March 17, 2017, Claudia Ackley came across what she called a hairy Neanderthal.

“He looked like a Neanderthal man with a lot of hair,” Ackley said. “About 800 pounds. I was trying to tell it to please not hurt us, and that’s when he just stared at me.”

Her daughters were the first to notice the creature, who they later noticed was accompanied by two companions.

“They’re standing right there frozen looking at something,” she said.

The first sasquatch they noticed was perched in a tree, some 30 feet above the ground. Its comrades were nearby.

“All I’m thinking is please don’t get near us because I have my children,” Ackley said.

It seems that Ackley and her daughters survived the encounter in one piece, as she was able to report the incident to authorities. Unfortunately, upon hearing that Ackley was reporting Bigfoot, they didn’t believe her.

Now, Ackley has filed a lawsuit against the state of California, as well as the Department of Fish and Wildlife, for refusing to acknowledge the existence of Bigfoot.

“They’re on our property. They knock on our walls. They look through our windows,” Ackley said. “It’s more and more and more.”

Ackley claims there are “overwhelming facts” that support the existence of Bigfoot and the entire Sasquatch species, but that authorities have been overlooking them for years. She says the agencies have failed in their duties by not acknowledging the existence.

The CFWD declined to comment as the lawsuit is pending.

As for the rest of the world, comments have been flowing in from supporters and skeptics alike. The Bigfoot Field Researchers Organization (a very prestigious organization), which supports Ackley’s claims, insists that there have been more than 5,000 Bigfoot sightings in the U.S. and Canada, and at least 62 reported worldwide.

Skeptics, on the other hand, still believe that Bigfoot is a hoax.

Ackley’s court hearing is scheduled for March 19 of this year, though it is still unclear what she will be presenting as evidence in her case.

Next, read about Jane Goodall’s views on Bigfoot’s legitimacy. Then, check out these facts about Bigfoot.