Man Dies On Everest During PR Stunt To Place $50,000 In Cryptocurrency At Summit

The company confirmed that the Sherpa is "presumed dead." 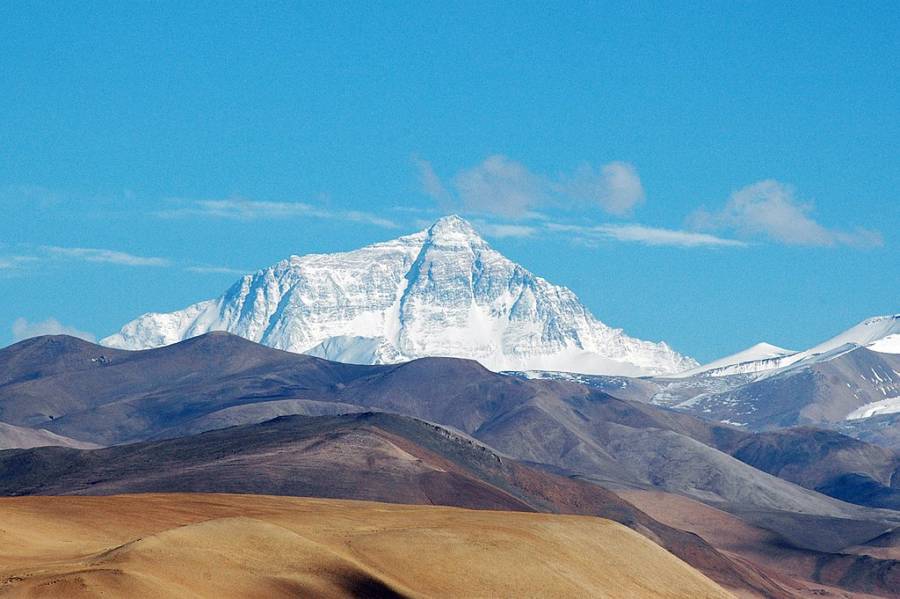 As the cryptocurrency market booms, companies are becoming increasingly creative in their mining and marketing endeavors. In the latest stunt, Irish social networking company ASKfm sent a team to drop a Ledger wallet containing $50,000 in crypto “tokens” in one of the hardest to reach places on the planet: the summit of Mount Everest. Now, reports say that one member of the group died on the way back down.

Sherpa Lam Babu, an Everest guide, is missing and presumed dead after being left behind during a storm. The Sherpa was one of three that accompanied a four-person mountaineering team from Ukraine as they climbed the mountain to place the wallet.

According to a statement from ASKfm, the team reached the summit successfully but were forced to descend quickly when a storm threatened their safety. In an effort to outrun the weather, the mountaineers descended faster than the Sherpas so that they became separated. Two of the Sherpas made it safely to camp 4, but the third was reported missing the next morning. ASKfm has confirmed that Lam Babu is missing and presumed to be dead.

“Two of the Sherpas made it to camp 4 from the summit lagging behind the mountaineers, however, the news of missing Sherpa was not discovered until the next morning”, ASKfm said in a statement. “The two remaining Sherpas on this leg of the expedition were the last people to see the Sherpa that subsequently went missing”.

ASKfm CEO Maxim Tsaryk said the company is “saddened and horrified” by the outcome of what they believed to be a simple marketing opportunity.

“We can argue about if this was a good marketing ploy, but we can’t argue about the fact that anyone’s life being taken is horrible,” Tsaryk said in an interview with Finance Magnates magazine. “From a PR view, this event progressed in the wrong direction, but more importantly, this is tragic and horrifying.”

Tsaryk defended the company’s decision to place the cryptocurrency in such a dangerous location, pointing out that other companies such as Redbull and GoPro often sponsor extreme sports. He said encouraging such activities is a common publicity model and that ASKfm was simply hopping on the bandwagon.

Meanwhile, the wallet remains somewhere on the summit.

Next, read about what happens to bodies that get left on Mount Everest. Then, read about one of the most famous bodies, that of Francys Arsentiev. Finally, learn about Beck Weathers’ Everest survival story.