In a digital age, Eloy Morales does with paint what most do with a smart phone. And his work is absolutely amazing. 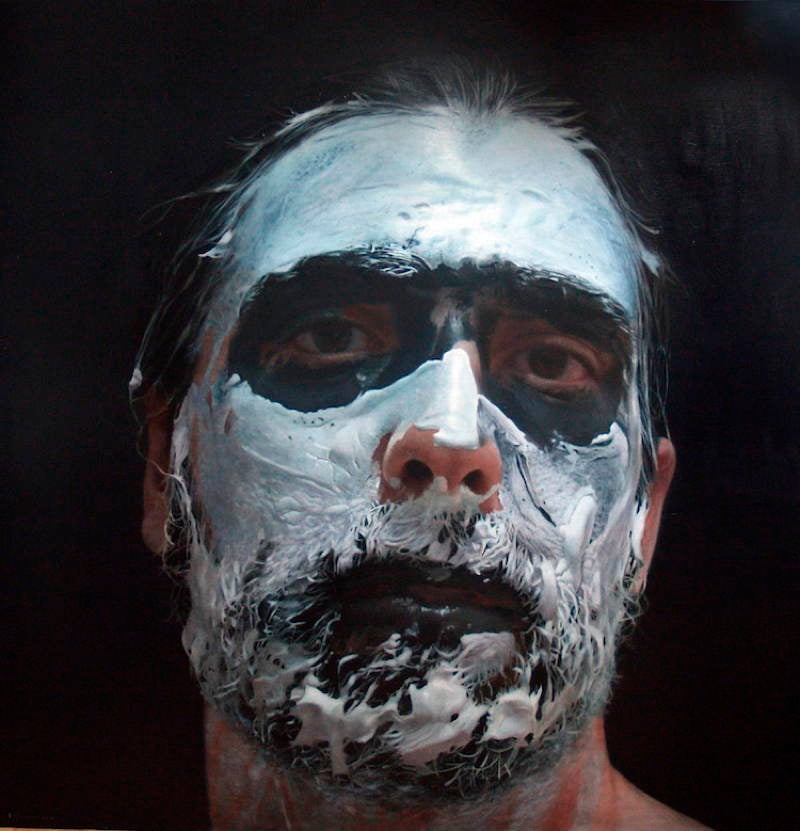 Given the works’ sharp, hyperrealistic features, it would be easy to assume that these paint spattered selfies are the result of some pretty decent photography and editing.

You would, however, be wrong. The images are, in fact, super-realistic self portraits painted with all the precision of a photograph. Rather than capturing himself pixel by pixel, Eloy Morales, a 40-year-old artist from Madrid, has opted to oil paint himself into pictures that wouldn’t look out of place in a photography gallery. 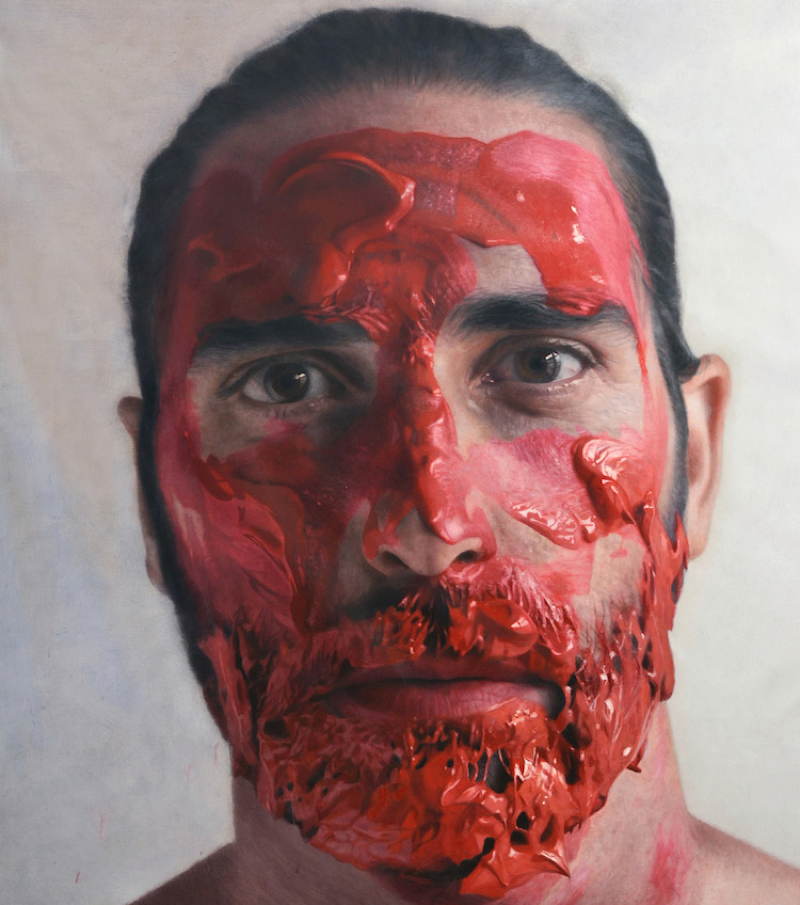 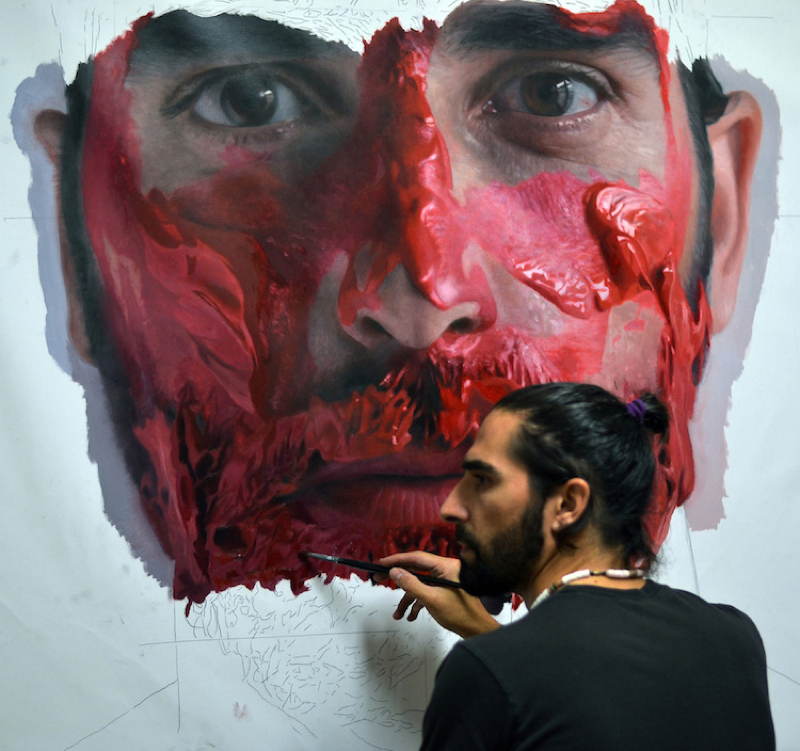 If it weren’t for Morales standing in front of his half-finished canvases, you may well refuse to believe they’re the work of a painter.

Even more astonishingly, the portraits you see here are Morales’ first attempt to paint himself, despite producing other picture perfect portraits of various models. Working in a small studio away from home so he can concentrate purely on his art, it takes Morales a solid month of eight hour days just to complete one oil painted canvas. 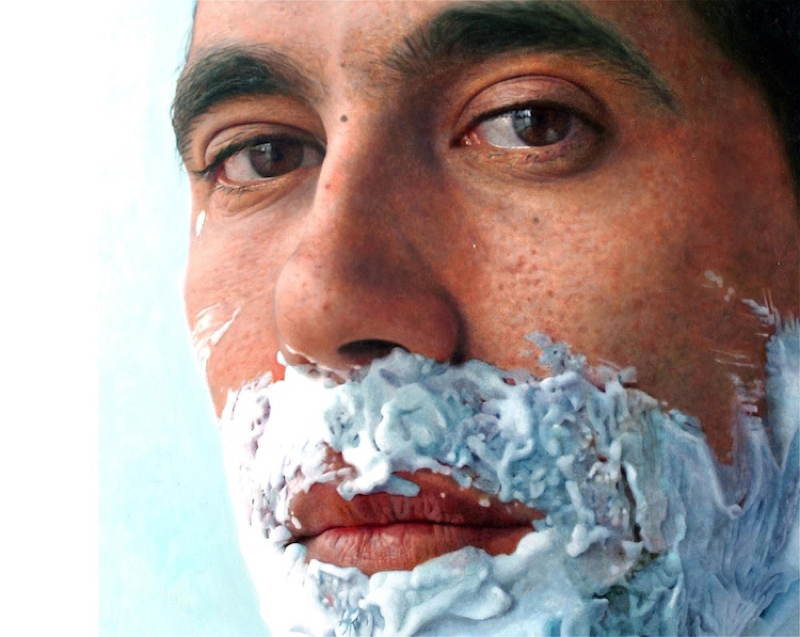 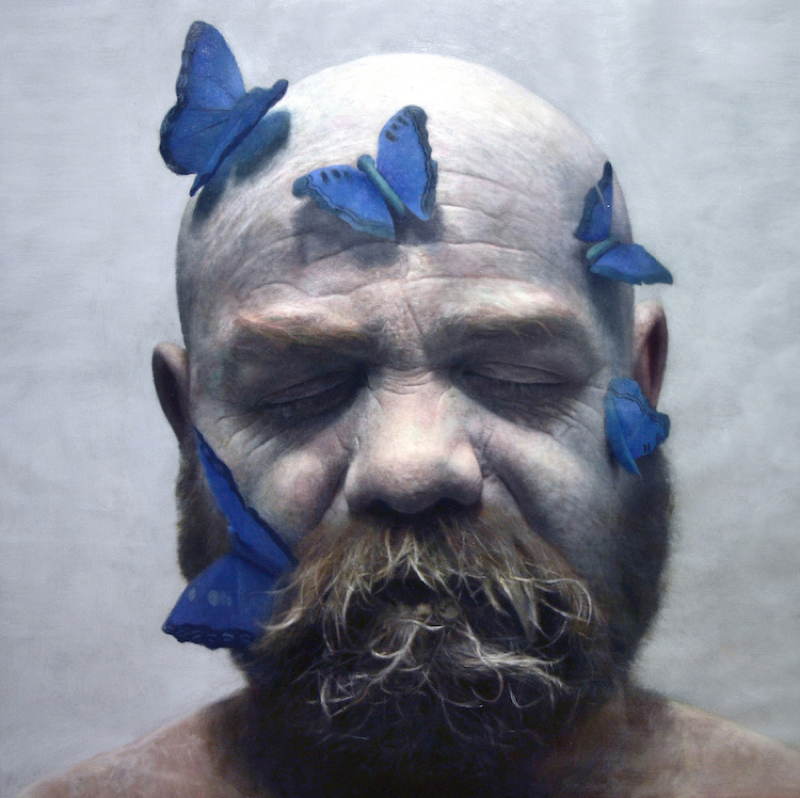 First picking up the paintbrush when he was four, it’s always been Eloy Morales’ dream to be a painter. After exhibiting everywhere from Italy to the United States and receiving global acclaim for his work, you could say that he’s realized his life goal.

Some paintings see him smeared in shaving cream and oil paint, while other portraits play with bizarre imagery, like blanketing one of his models in delicate blue butterflies or tainted white flowers. 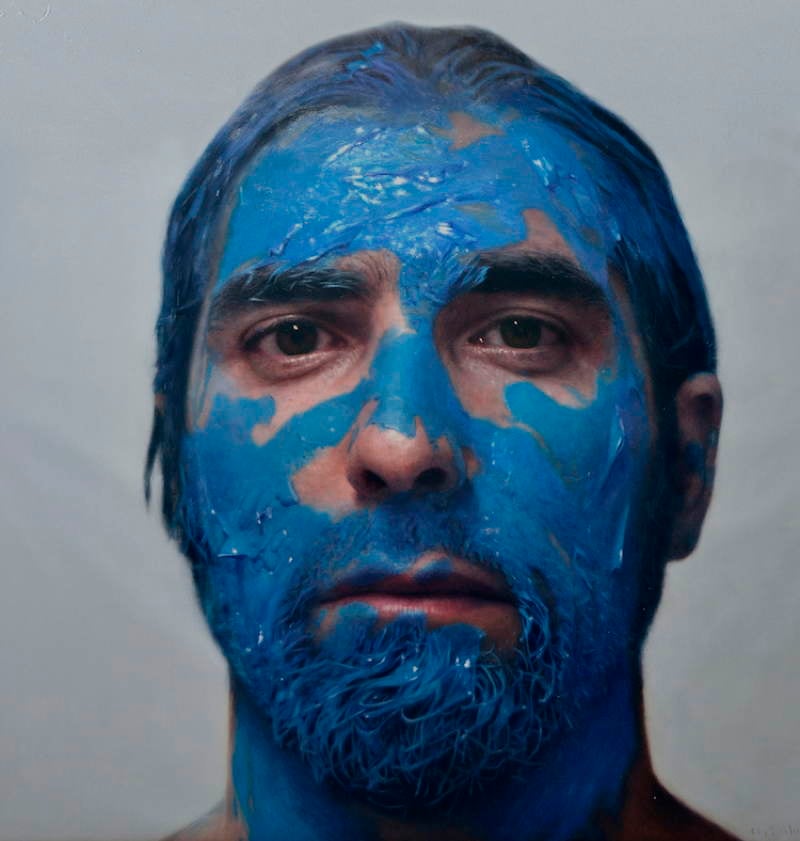 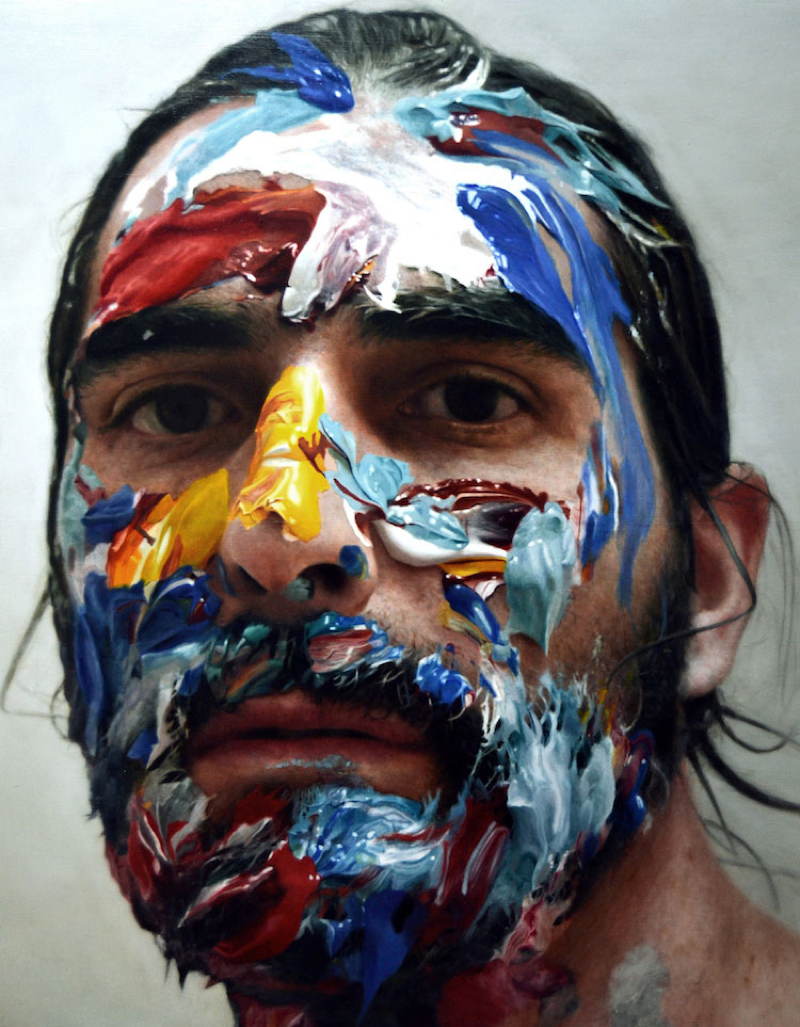 Despite their super-realistic appearance, Eloy Morales tries to avoid tags that could pigeonhole his work into one style. Instead, he simply likes to paint and see where he ends up. “I have no special interest in becoming a hyper-realistic painter,” he says on his site. “All I want is to have my own language.” 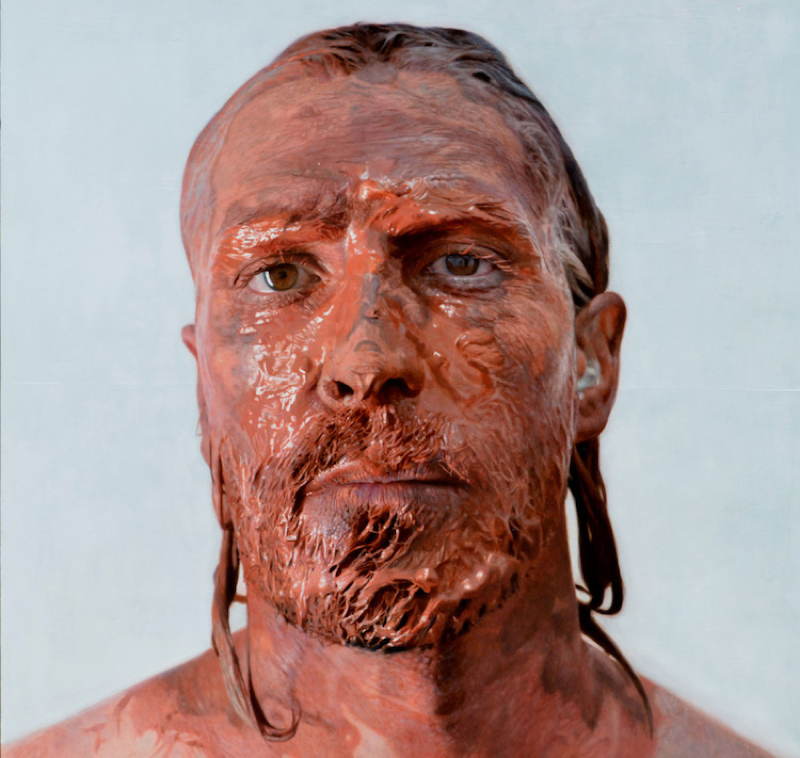 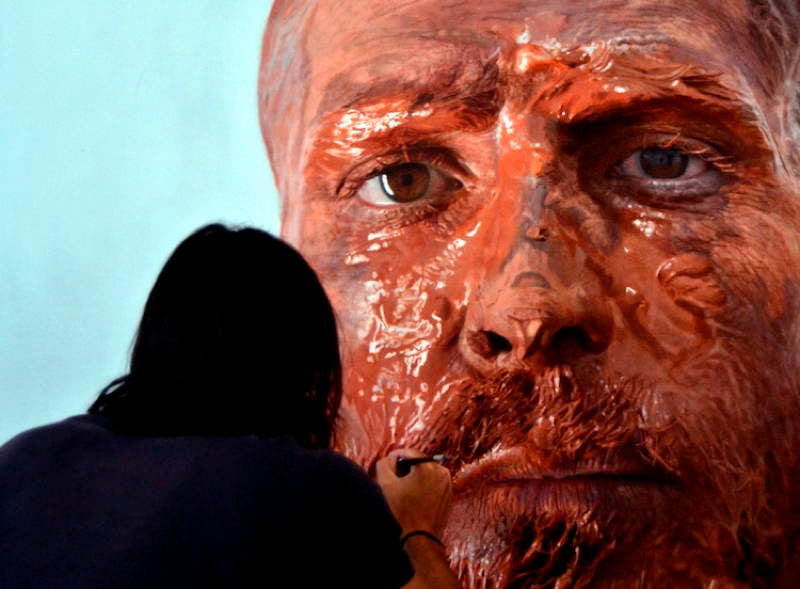 Instead of the traditional layering technique many oil painters use to create their masterpieces, Morales moves across the canvas section by section, slowly filling in tiny portions of the picture. The super-sized painted portraits are the result of almost 20 years of honing in on his aesthetic. 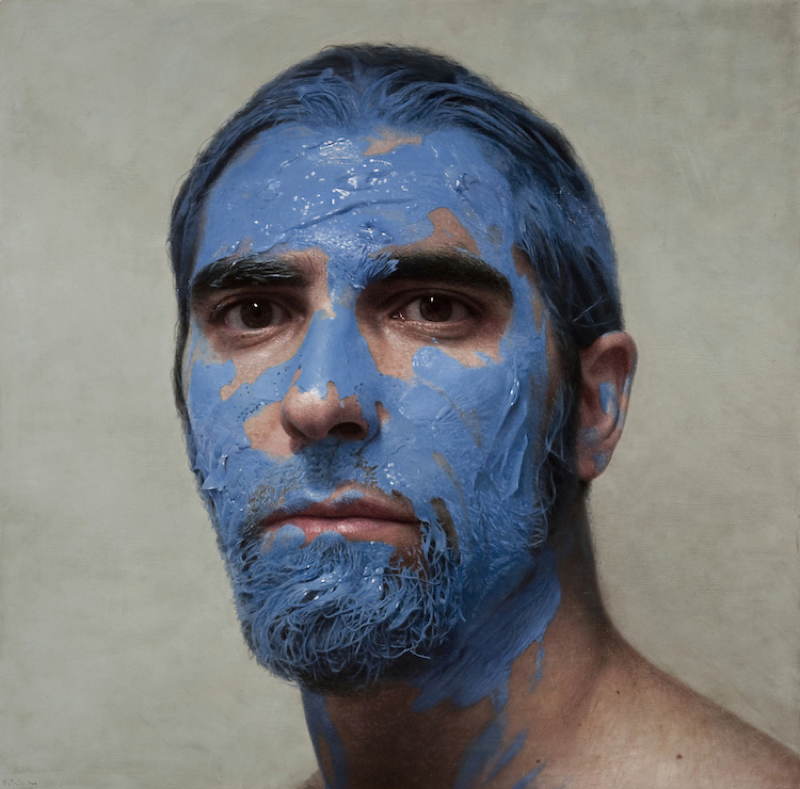 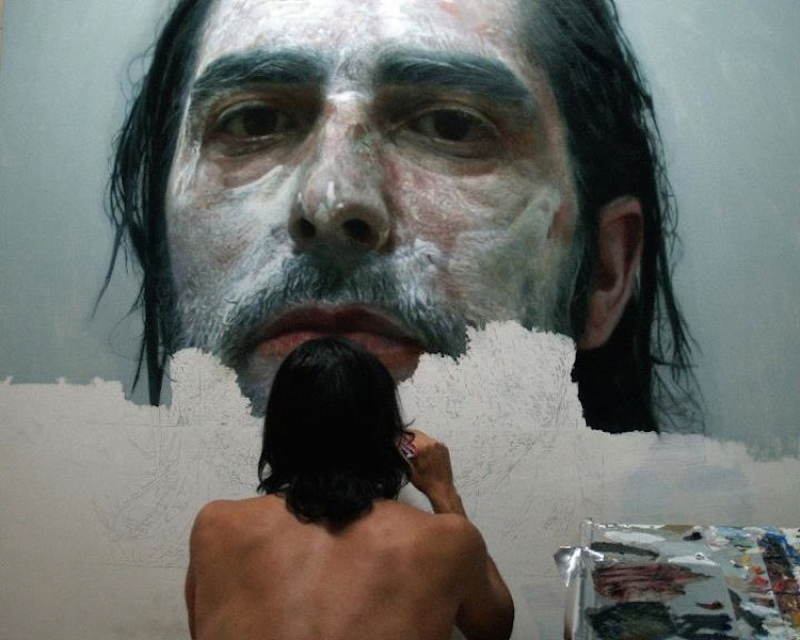 Speaking about the inspiration behind his paintings, Morales said, “It’s a conceptual self-portrait, a reflection of my complex relationship with paint.”

Incredibly, he believes that the devil’s not in the details but in getting the right tonal balance from which he can create the light and shade that transform the painting from a simple self-portrait into a super-realistic facial copy. Although, for an artist who tries to avoid tags like hyper-realism, you’d be hard pressed to tell the difference between his phenomenal paintings and a photograph.