"This couple should be utterly ashamed of themselves, not showing off and snogging for the cameras." 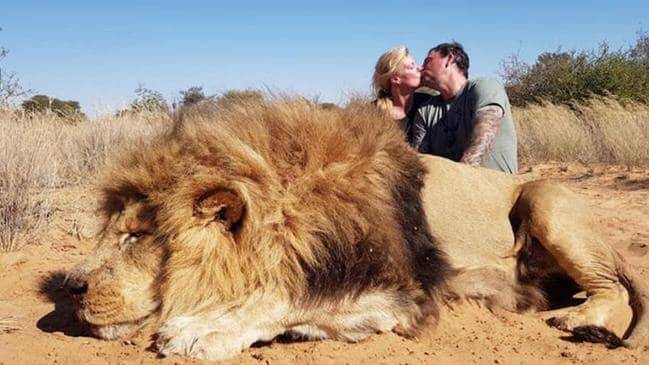 FacebookTrophy hunters Darren and Carolyn Carter refused to engage in the discourse surrounding this controversial photo, arguing the topic is “too political.”

Trophy hunting isn’t usually thought of as an honorable endeavor. And when a trophy hunting couple poses with their kill while sharing a kiss, that only makes things worse.

According to The Independent, that is exactly what a married couple from Edmonton, Canada did after shooting a lion dead while trophy hunting in South Africa. Darren and Carolyn Carter’s safari has since caused quite a bit of online outrage, while the couple themselves have refused to engage in the discourse.

“We aren’t interested in commenting,” said Darren Carter, who owns a taxidermy business with his wife. “It’s too political.”

While that’s certainly true, as it seems trophy hunting is one of the most polarizing recreational activities of the modern era, their response is quite unexpected. Most people who get outed on the internet in these situations either fight back or apologize profusely — while the Carters have stood firm in not commenting. 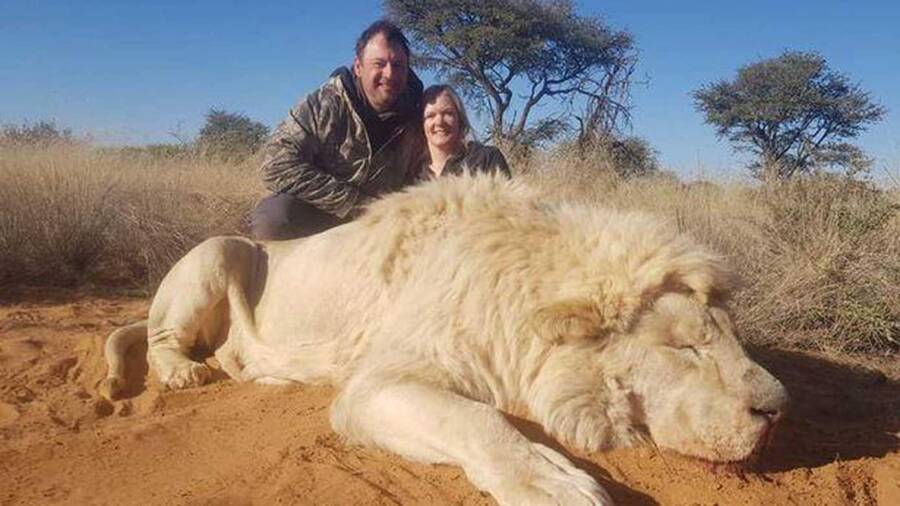 The now-infamous kiss took place shortly after the couple killed a lion as customers of Legelela Safaris. which specializes in organizing big game hunts. For $2,980, the firm takes customers on tours that include giraffe, zebra, leopard, elephant, rhino, and lion hunts.

Naturally, the Carters’ actions have caused quite a stir — both online and in the corridors of animal rights activism around the world. As the founder of the Campaign to Ban Trophy Hunting, Eduardo Goncalves was particularly aggravated by the bizarre display of affection immediately after what many view as a supremely cold-blooded act of wanton brutality.

“It looks as though this lion was a tame animal killed in an enclosure, bred for the sole purpose of being the subject of a smug selfie,” he said. “This couple should be utterly ashamed of themselves, not showing off and snogging for the cameras.” 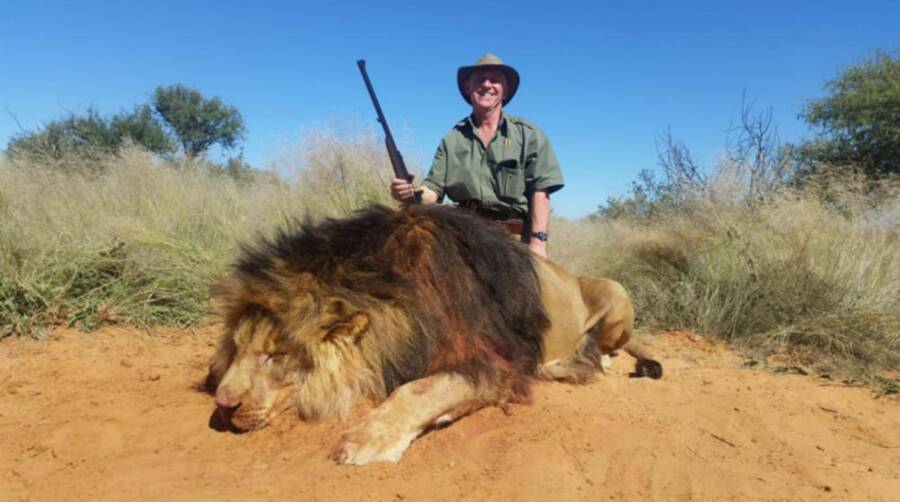 TwitterLegelela Safaris routinely uploads and promotes photos such as these.

“Hard work in the hot Kalahari sun,” read the caption beneath the controversial photo. “A monster lion.”

A second image depicts the two Canadians posing in front of another big cat they shot dead, with a caption that made it seem as though the pair bravely squared off against the lion in the wild — on a level playing field: “There is nothing like hunting the king of the jungle.”

The response on social media was swift and severe.

“More idiots that get their rocks off by pointing a boomstick at a beautiful animal,” said Australian TV host Danny Clayton, for example. 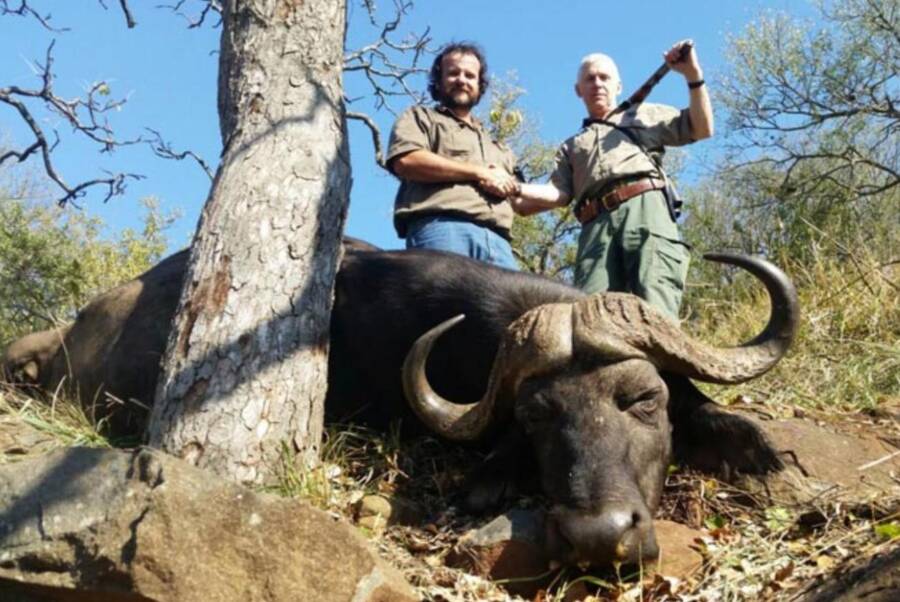 According to News AU, Legelela Safaris have now officially been banned from exhibiting their firm at the Great British Shooting Show in Birmingham next year due to the backlash caused by these photos.

Nevertheless, trophy hunting remains a profitable industry. Between 2004 and 2014, an estimated 1.7 million trophies — parts of hunted animals, either stuffed or mounted — were legally traded. Around 200,000 of those were from species threatened with endangerment or extinction.

After learning about the Canadian trophy hunter couple whose insensitive photograph enraged animal rights activists, read about the trophy hunter fatally gored in his groin by a herd of buffalo he’d just killed. Then, learn about the lions who killed a poacher and left only his head.