That Time Detroit Gave Saddam Hussein A Key To The City 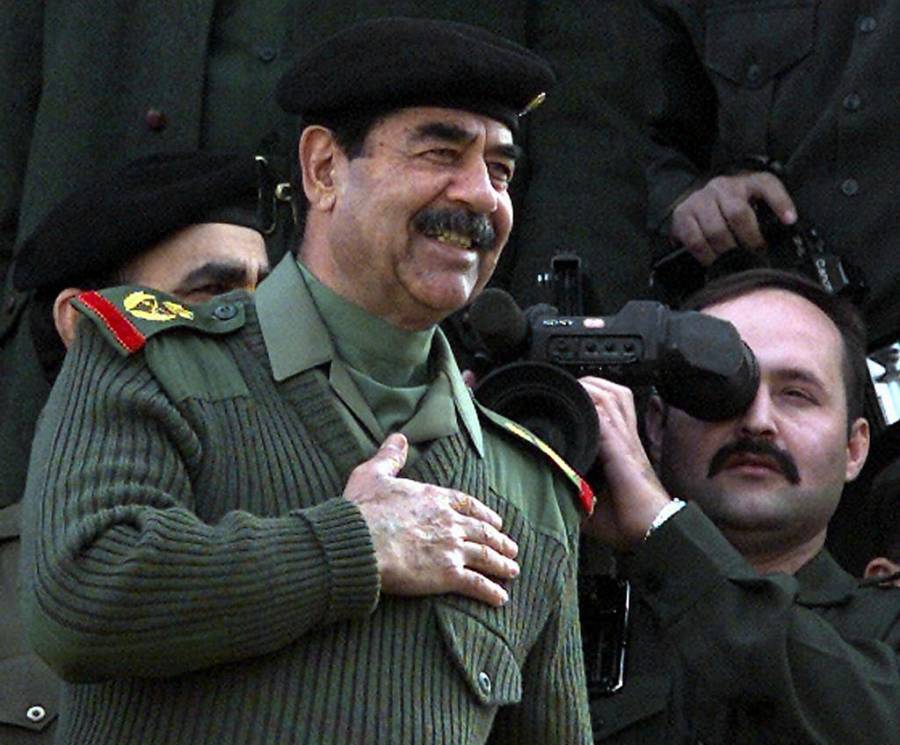 Before he led Iraq through decades of brutal violence and war, Saddam Hussein had a nice relationship with Detroit, Michigan.

It was 1979 and Reverend Jacob Yasso of the city’s Sacred Heart Chaldean Catholic Church had sent a congratulatory message to the newly appointed president. Flattered, Hussein responded with a $250,000 donation to the church.

“He was a very kind person, very generous, very cooperative with the West,” Yasso told the Associated Press in 2003. “Lately, what’s happened, I don’t know. Money and power changed the person.”

Yasso wasn’t exactly wrong about the cooperative part. Hussein had been on the CIA payroll as early as 1958, when he worked with U.S. officials in a failed assassination attempt of Iraqi ruler Abd al-Karim Qasim.

Later, the U.S. and Britain gave Hussein money, artillery, intelligence, and even chemical weapons as he launched a war against neighboring Iran that would eventually cause half a million casualties.

So yes, for a time Hussein and the U.S. were kind of tight. And when Hussein invited Yasso to visit his palace in 1980, he graciously accepted.

Along with a dozen other visitors, Yasso was welcomed to Hussein’s palace. There, Yasso presented the now-notorious president with a key to the city and kind words passed along by then-Detroit mayor, Coleman Young.

“I heard there was a debt on your church,” Saddam asked Yasso. “How much is it?”

By 2003, the U.S. government’s attitudes had decisively turned against the president, as George W. Bush launched an attack searching for hidden (imaginary) weapons of mass destruction within Iraqi borders. But Detroit never took back its key.

And even after his 2006 execution, Hussein’s name remains in the city’s exclusive key-holder club alongside Santa Clause, Stevie Wonder, and Elmo.

Next, read about the four most sinister CIA programs ever conducted. Then take a look inside the old pro-Western Iraq that most Americans forget about today.