Photo Of The Day: Adel Termos, The Beirut Hero Who Sacrificed Himself To Save Hundreds 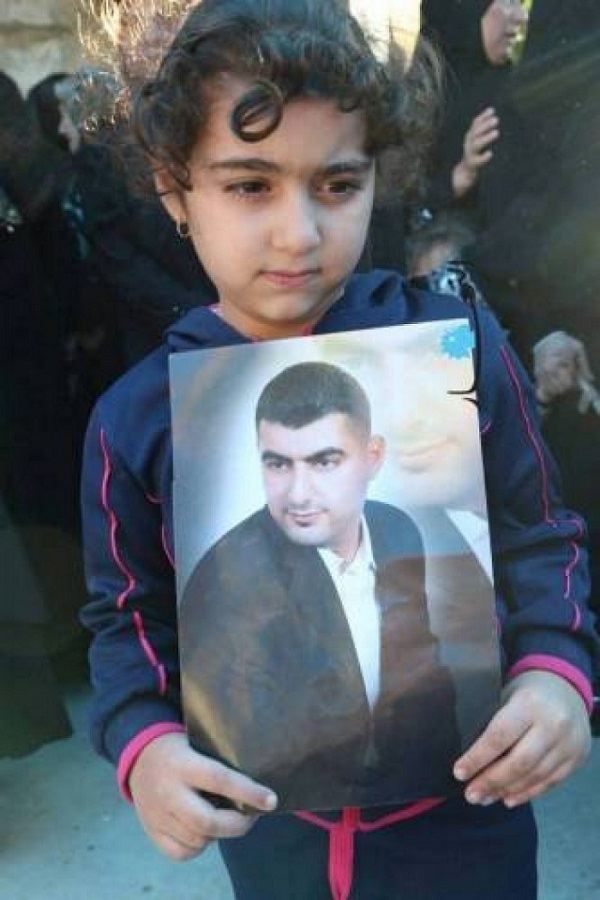 A photo of Adel Termos held by his daughter, Malak, at his memorial service. Termos saved hundreds of lives after sacrificing himself to stop a suicide bomber in Beirut. Image Source: Imgur

Twin suicide bomb attacks in Beirut, Lebanon killed over 40 people and injured more than 200 last week, and the death toll would have been much higher were it not for Adel Termos. After the first bombing, crowds quickly gathered outside of the mosque where it took place.

Termos was among them, and is reported to have seen a second suicide bomber heading toward the crowd when he decided to engage in the ultimate act of sacrifice. The 32-year-old car mechanic threw himself at the man, tackling him and causing the bomb to detonate before the suicide bomber could reach the crowd.

“He and others at the mosque went to check out what was happening when Adel noticed a man running down the hill, screaming ‘Allahu akbar, Allahu akbar’,” Termos’ father, Akram, told CNN. “Adel ran toward him, pushing him and pinning him down on the ground, at that instant, the man (detonated) the bomb and the second explosion happened.”

The next day, Termos’ body was carried through the streets of the southern Lebanese village of Tallousa, propped up by supporters carrying the hero’s body and led by his daughter, Malak, who was with him during the attack, and his son Akram. Said Termos’ widow, Bassima, to CNN, “I am alive, and happy, and proud of my husband who held our family name up high and honored us. The kids and I are all doing fine. He made us proud, put our heads up high, what more do I need? He gave me dignity, pride, and respect.”

The bombings in Lebanon were the first in a string of three attacks in two days, all of which militant Islamist group ISIS has claimed responsibility for.

Another suicide bomber killed 18 and injured 41 in Baghdad and an attack in Paris killed 129 people and injured more than 350. National media has largely focused on the attacks in Paris, but a poem circulating on social media has called for prayers not only for the French capital, but for Beirut, Baghdad and the world.