More than 12 people died in the fire that ravaged a London apartment building Wednesday. One mother was forced to throw her child from the window.

Update: A recent BBC investigation has revealed that the story of a baby being thrown from the Grenfell Tower fires “probably never happened.” 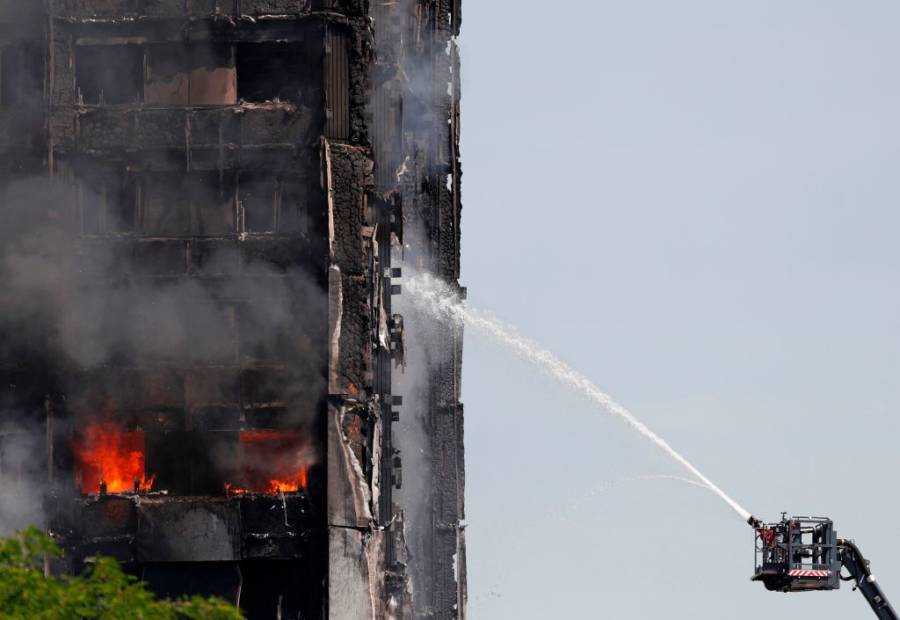 ADRIAN DENNIS/AFP/Getty ImagesSmoke billows from Grenfell Tower as firefighters attempt to control the blaze. Shaken survivors told of seeing people trapped or jump to their doom as flames raced towards the building’s upper floors and smoke filled the corridors.

Grenfell Tower was home to at least 400 people in 120 apartments. Firefighters first responded to the scene at 12:54 a.m. and are still working to find survivors.

Unsettling videos show trapped residents waving shirts and blankets from windows to get the firemen’s attention. One woman threw a baby from the burning building’s ninth floor.

“A woman appeared at the window gesturing and trying to get someone’s attention,” Samira Lamrani, a bystander, told NBC News. “She had the baby in hand — she was gesturing like she was going to throw the baby out.”

People on the ground then watched as the woman wrapped the infant in a thick blanket and dropped it out the window.

“The baby just sort of dropped in a straight line, and a guy just ran forward and the baby fell into his arms,” Lamrani went on, calling the child’s survival “miraculous.”

It is unknown whether or not the baby’s mother made it out of the building.

The horrifying scene was unprecedented in recent memory.

“In my 29 years of being a firefighter, I have never, ever seen anything of this scale,” London Fire Brigade Commissioner Dany Cotton said. “This is a major fire that’s affected all floors of the 24-story structure from the second floor upwards.”

Survivors said the building’s fire alarms never sounded, though the tower underwent a $12.8 million renovation in May 2016 and was said to meet “rigorous fire safety standards.”

More than 250 firefighters, 100 medics, and 100 police officers responded to the emergency. 20 people are in critical condition.

The building is still smoldering hours later as the city rallies around survivors and victims’ families.

Thousands of donations have been made to the local Notting Hill Methodist Church and hundreds of people have opened their homes to people who escaped the flames.

Next, read about the Florida man who sparked a massive wildfire by burning books.