"He had stayed to protect what was left of his home." 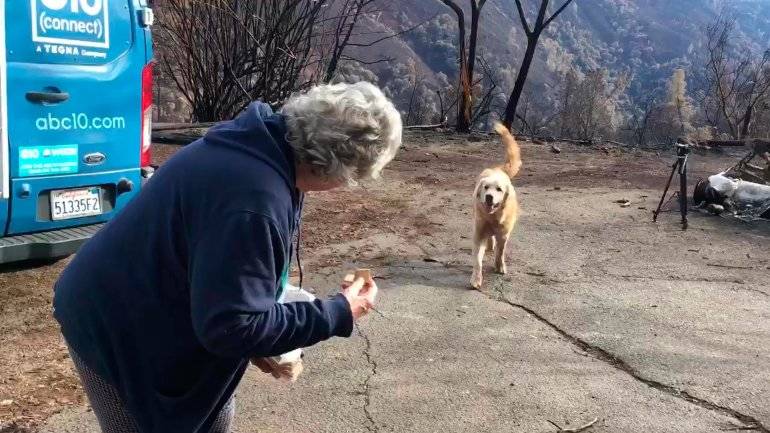 ABC NewsMadison and his owner Andrea Gaylord reuniting after the “Camp Fire.”

Dogs are known to be incredibly loyal to their owners, and are renowned for protecting their families and homes with everything they have. But one dog in Northern California took the meaning of loyalty to a new level.

When Andrea Gaylord was forced to flee her home in Paradise, California after the historic Camp Fire began to spread, she unfortunately had to leave her two dogs behind – a pair of Anatolian shepherd brothers named Madison and Miguel.

The fire began on Nov. 8 and was finally contained on Nov. 25, leaving a number of towns in Northern California completely destroyed in its wake.

The Camp Fire is the deadliest fire in California history with at least 88 recorded fatalities. The fire also left nearly 19,000 buildings, including 13,954 homes, burned to the ground, according to CBS News.

Even though a forced evacuation was in place, some animal rescuers were allowed into the area to look for pets that had been left behind. One such rescuer was Shaya Sullivan, who responded to a request that Gaylord made. 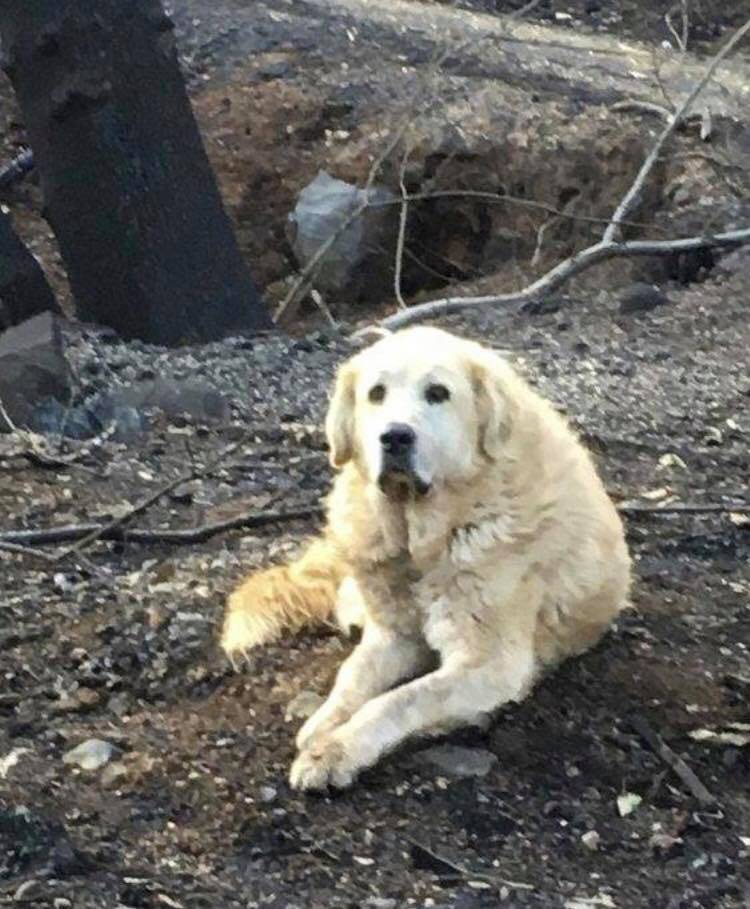 FacebookMadison guarding the remains of his home after the deadly California Camp Fire.

Miguel had already been found by a different animal rescuer, so Gaylord wanted to see if Madison was as lucky as his brother. When Sullivan went over to the Gaylord’s residence, she found Madison standing guard and protecting what was left of the home he and his owner once lived in.

“Madison’s parents were unable to get home to him when the Camp Fire spread. They hoped and prayed he would be OK. When they finally got clearance to go back to the lot where their house once stood….Madison was waiting there for them as if he were protecting his former home. Never give up!!”

Madison’s parents were unable to get home to him when the Camp Fire spread. They hoped and prayed he would be OK. When…

Madison has been standing guard for weeks, waiting for his owner to finally come back home. Sullivan said that she gave Madison food and water until Gaylord was able to make a safe return to her beloved dog.

“He had stayed to protect what was left of his home, and NEVER gave up on his people! I’m so happy I’m crying as I write this! He didn’t give up through the storms or the fire!”

The story of Madison just goes to show that there is always a glimmer of hope present, even in the most tragic times.

Next, read about how Balto the “scrub dog” managed to save an entire town. Then, take a look at these 21 devastating images of California wildfires.