Shoshana Ovitz survived Auschwitz, where her mother was handed to Dr. Josef Mengele and never seen again. Once liberated, she met the man who became her husband and started a new life in Israel. 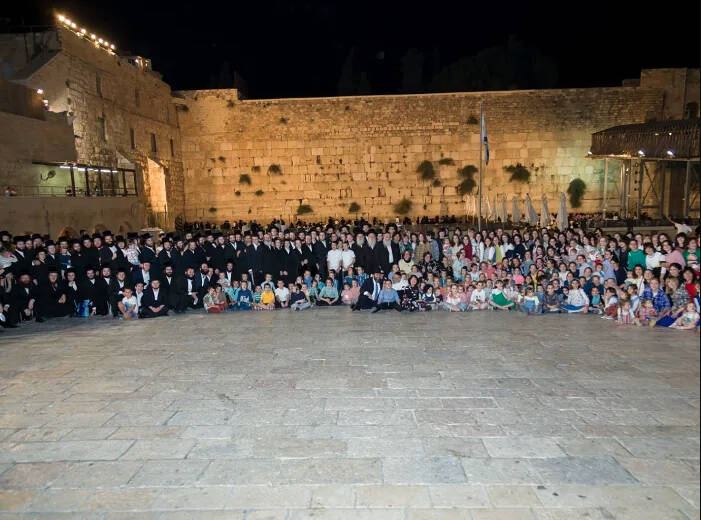 TwitterAbout 400 relatives traveled from all over the world to celebrate Ovitz’s 104th birthday. Nonetheless, about 10 percent of the family was missing.

Holocaust survivor Shoshana Ovitz celebrated her 104th birthday at the Wailing Wall (or Western Wall) in Jerusalem last Wednesday. According to the New York Post, this triumphant occasion was made all the more memorable by having about 400 of her descendants join her for a photo.

Ovitz survived the horrors of the Auschwitz concentration camp 74 years ago. Many of her loved ones weren’t as fortunate, however, and perished in detention. Her grandson, Meir Rosenstein, revealed that Ovtiz’s mother was forcefully separated from her before things got even worse.

The 104-year-old’s mother was handed to infamous Nazi doctor Josef Mengele, who routinely performed horrific experiments on prisoners and was aptly referred to as the Angel of Death. She never saw her mother again.

Upon being liberated from the camp, Ovitz met the man who would become her husband. Don Ovitz, too, had lost loved ones. His wife and four daughters died in the Holocaust.

After searching for any surviving relatives together, the pair got married and moved to Austria. Ultimately, they settled in Haifa in Israel, where they started a new family of their own. Their two new daughters and two sons, however, were only the beginning of a stunningly expansive family.

Ovitz had only one wish for her 104th birthday celebration: that all of her descendants unite at the holy Jewish site in Jerusalem. As you can tell from the photo, her kids and grandchildren made sure that request was granted:

MUST WATCH: Shoshana Ovitz survived Auschwitz. In front of her eyes Nazi's took her mother. After the war, she married Dov and moved to Israel.

“We do not have an exact number, but there are probably 400 grandchildren and descendants,” said Ovitz’s oldest granddaughter, Panini Friedman, who lives in Belgium. “It wasn’t a simple thing to organize this rare event.”

This remarkable feat of life-long resilience over the tragedies endured in her youth is inspiring on its own. What made this even more impressive is the admirable web of logistics Ovitz’s relatives weaved to get all 400 family members to the same place at the same time.

According to Friedman, however, the large gathering didn’t even comprise the whole family. 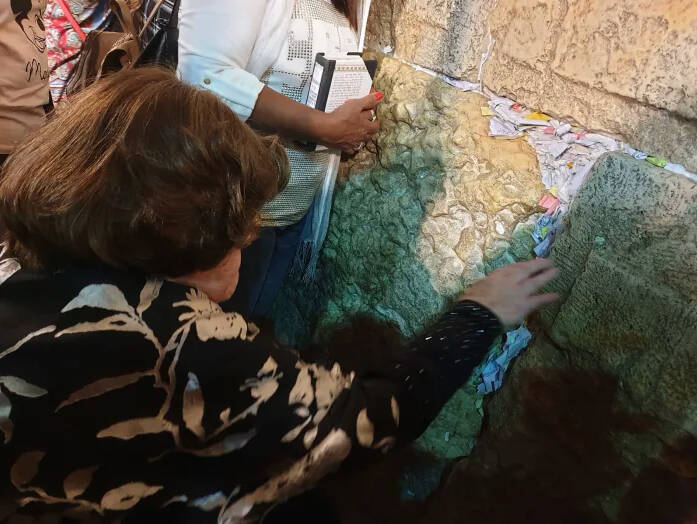 TwitterOvitz made sure to use the occasion to pray while at the Wailing Wall. She hoped that everyone in her family would get “everything they need.”

Nonetheless, as evident from Ovitz’s smiling face as she held hands with a young descendant of hers, the event was a huge success. Friedman said that at this celebration — a triumph over the evil of Naziism and its 20th-century genocide — virtually “everyone was there with tears in their eyes.”

As per Jewish Orthodox tradition, the large crowd posing in front of the Wailing Wall was separated by gender — men on one side and women on the other. Ovitz, meanwhile, was content to take center stage and clasp hands with a young, happy relative of hers.

“It was very emotional,” said Friedman. 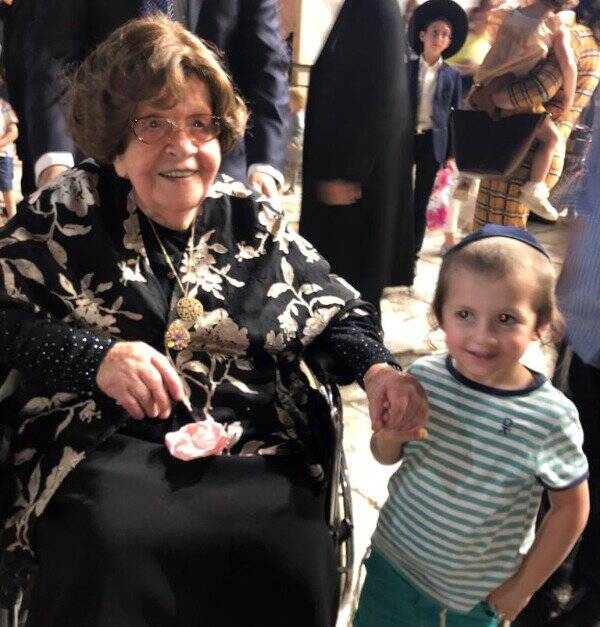 TwitterOvitz was happy to spend time with some of her young relatives throughout the evening.

According to Fox News, the Auschwitz Museum called the resultant photograph a “moving image,” while Friedman explained that the sheer volume of relatives wasn’t even clear to her until the evening was in full swing.

“Only in the middle did we realize the size of the event,” she said.

As for Ovitz, the gracious matriarch took this opportunity to pray for her family, asking God that they may get “everything they need.” Ultimately, it seems as though this close-knit group of hundreds — who may not have been on Earth if not for Ovitz’s courage — have already been granted as much.

After learning about the inspiring 104th birthday celebration of Auschwitz survivor Shoshana Ovitz, read about the tragic heroism of Gisella Perl, “the Angel of Auschwitz.” Then, learn how Stanislawa Leszczyñska delivered 3,000 babies during the Holocaust.