The noose in the National Museum of African American History and Culture is only the latest in a wave of hate-fueled incidents since November. 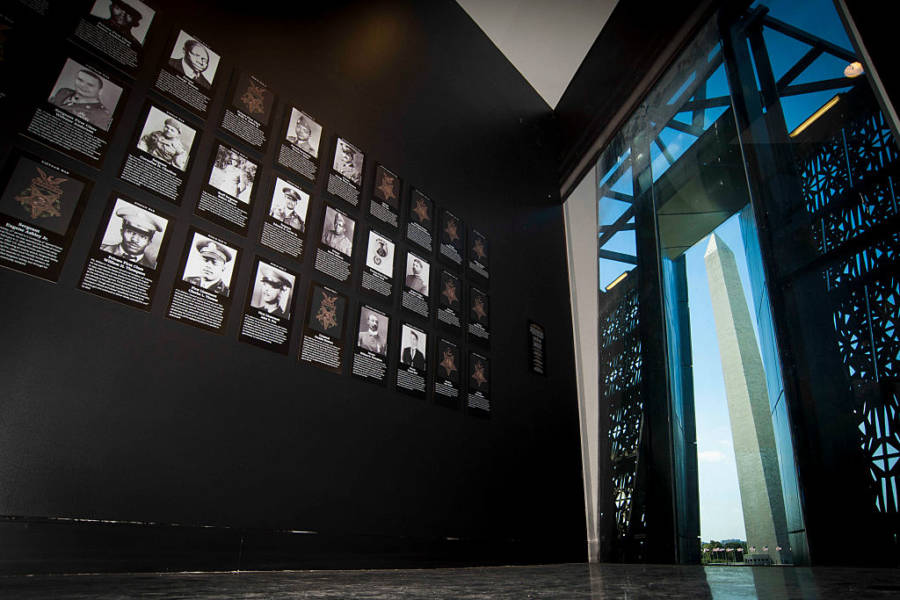 PRESTON KERES/AFP/Getty ImagesAfrican American Medal of Honor recipients are on display at the Smithsonian’s National Museum of African American History and Culture in Washington, D.C., where a noose was found this week.

It’s likely that the person who left a noose in an exhibit on segregation was aware of the irony. Though the National Museum of African American History and Culture focuses largely on exhibitions about the past — it’s curators and patrons are very aware that our country still has a long way to go in terms of race relations.

The painful relic of America’s brutal past has made an appearance in Washington D.C. two times this week. The first was found dangling from a tree outside of the Hirshhorn art museum.

“The noose has long represented a deplorable act of cowardice and depravity — a symbol of extreme violence for African Americans,” Lonnie Bunch III, the NMAAHC’s founding director, said in a statement. “Today’s incident is a painful reminder of the challenges that African Americans continue to face.”

A statement from our Founding Director Lonnie Bunch on the noose found in our history galleries today. pic.twitter.com/sFWVSaobhV

Tourists found the noose on Wednesday afternoon, prompting the museum to close the gallery for three hours while police investigated.

The act was “especially repugnant in a museum that affirms and celebrates the American values of inclusion and intolerance,” David Skorton, the secretary of the Smithsonian Institution, wrote in an email. “We will not be intimidated. Cowardly acts like these will not, for one moment, prevent us from the vital work we do.”

According to the Equal Justice Initiative, 4,075 black people were lynched between 1877 and 1950. For black Americans, the noose is a symbol “comparable in the emotions that it evokes to that of the swastika for Jews,” the Anti-Defamation League said.

"It's very upsetting." This woman was in National African American Museum's segregation exhibit when noose was foundhttps://t.co/0IrBniS9pQ pic.twitter.com/D4z4tuvM3r

The two nooses left on Washington D.C.’s National Mall this week are only the latest in a string of racist vandalism incidents.

Already this year, nooses have been found at schools in Missouri, Maryland, California, and North Carolina. Four were discovered around a construction site, one was in a fraternity house, and two 19-year-old men hung one outside a middle school window.

Experts say that the trend is in line with a recent rise in hate symbols in America.

The Southern Poverty Law Center (SPLC) has reported a startling spike in hate incidents since the election of Donald Trump. Since November, it has recorded about 1,800 episodes in almost every state.

“In the past, it would be a couple hundred at most, and that would be high,” Heidi Beirich, the director of the center’s Intelligence Project, said.

In yet another example of hate-fueled vandalism, basketball star LeBron James’ house was vandalized with racist slurs this week — one night before he began playing in the NBA finals.

“Racism will always be a part of the world, a part of America,” James said.

LeBron James comments on racism & vandalism of his home. pic.twitter.com/qqMThJh05E

One SPLC employee, Ryan Lenz, said that it’s important for Americans to stand up to these harmful and divisive acts.

“We are in a moment where hate and extremism have been legitimized in the public sphere,” Lenz said. “During times like this, it is more important than ever for individual citizens across the country to voice their opposition to the acceptance of this behavior as standard operating procedure.”

Next, learn about the life of Ida B. Wells, one of intersectional feminism’s founders. Then, check out 55 powerful photos of the Civil Rights Movement.